Fishing Tails > All Articles > Reports > Chesil Beach > The May bloom and sharks
Catfish at Honeypot Lakes – A Winner’s Tale. How to make a Wishbone Rig 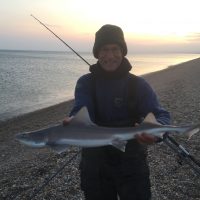 The May bloom and sharks

At last the baitfish that I have been waiting for are here and so are the Bass. No great numbers of Bass yet, but they are starting to show around Poole, Plymouth and Portland harbours. The bad news is the May water bloom has started. For those of you that don’t know what that is, it is an algae bloom that is caused by increased sunlight and water temperature. This causes a massive growth in plankton, which colours up the waters.

This often puts fish off from coming into the water as it reduces the oxygen levels and when it is at its worst, can cause irritation to the fishes gills. The positive side to it, is it brings much needed life to the water, as it provides the first part of the food chain for the small fry.

I am sure you are all fed up by now with me going on about how important the bait fish are to the predators. Well last week we had reports of the top of the food chain, visiting Abbotsbury. Several sharks were spotted hitting the shoals of Mackerel no more than 60 yards out. I have also seen video of a Basking Shark in the same area. The May water will contain the rich nutrients that that Basking Sharks feed on, but it is certainly the Mackerel and Herring that the Thresher and Porbeagle sharks like. I suspect that at this time of year, it was a Thresher Shark. Anyone catching one of those from the UK shores will certainly make headlines.

The May water hasn’t put a stop to the fishing as Ian Clark and Chris Clarke found out on Friday afternoon on a trip to Abbotsbury. Ian managed three cracking Plaice, the best going 3lb 2oz. 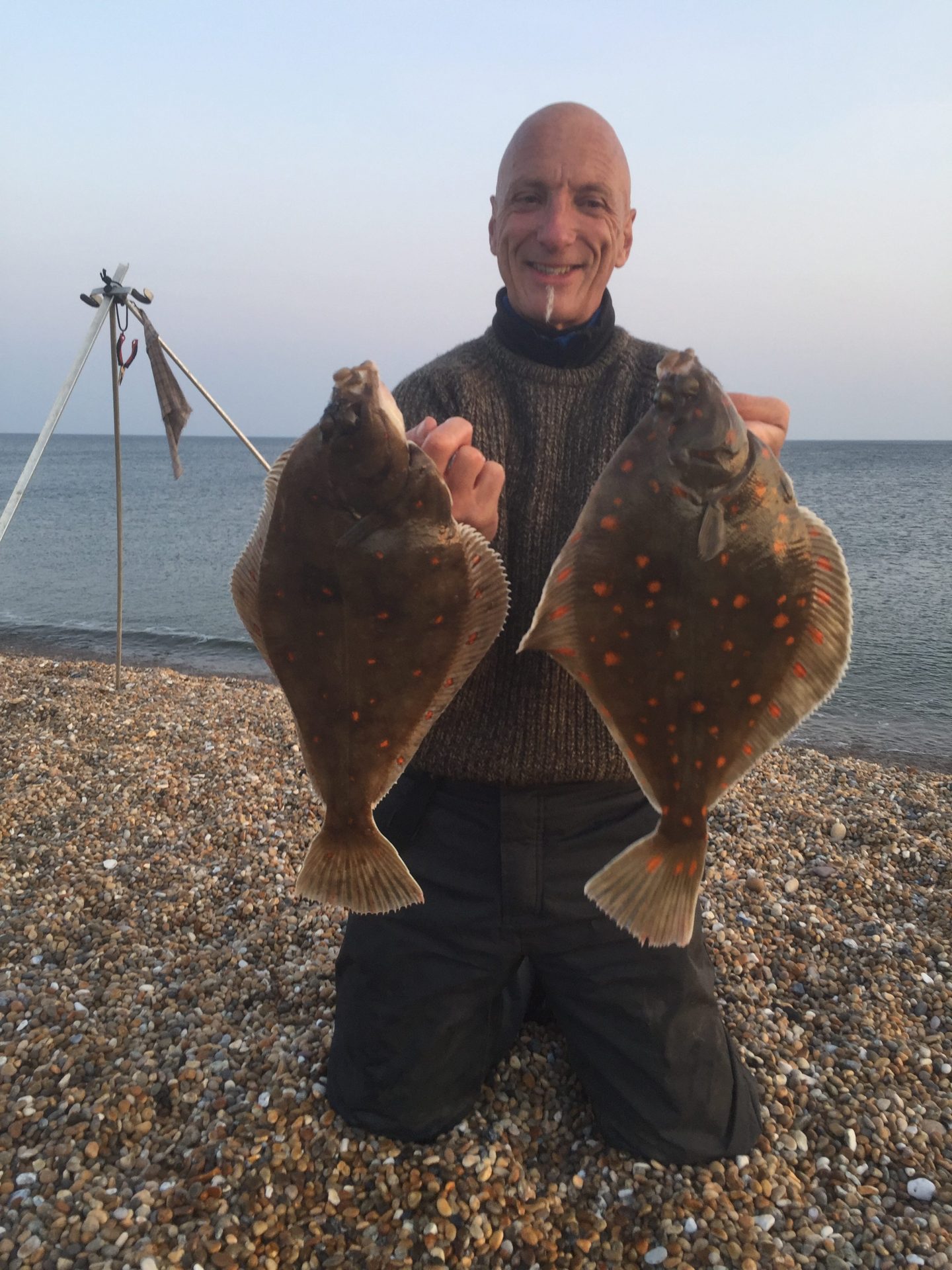 They also had a number of Smoothound over 6lb, with Chris managing the best one at 8lb. All the fish were caught on Ragworm, Lugworm and Squid. 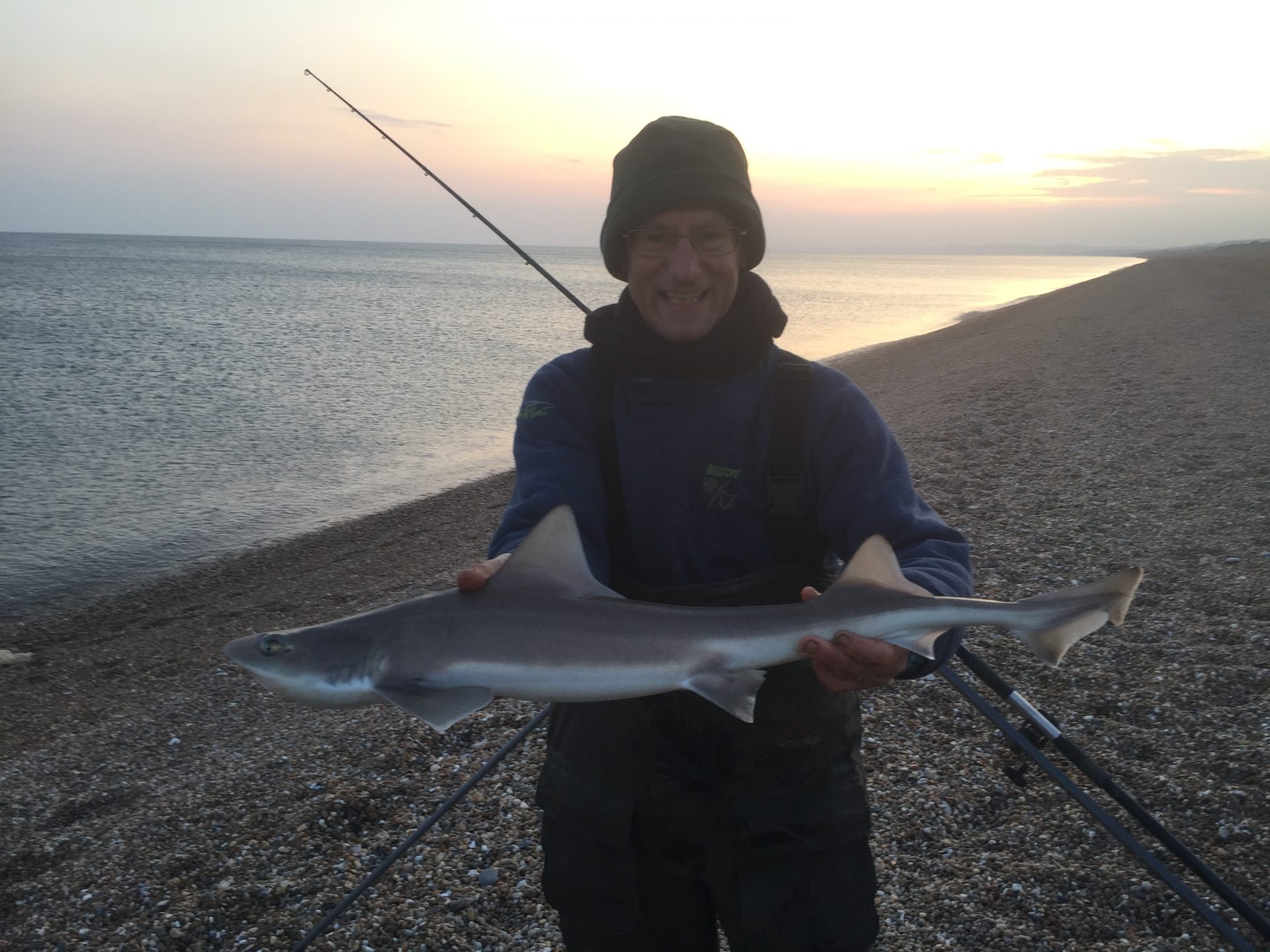 Well it is back to sea fishing for me from this week. I have had a bit of a break from it, as I waited for the fishing to improve. My main target over the past few weeks has been numerous species of coarse fish on the fly. I have had lots of Carp and small species such as Roach and a few Pike. I have been concentrating on the Pike before the water gets too warm to fish for them. it was during a Pike session last week that I managed to hook this double figure Bream on a Pike fly. I spotted the Bream near the margins, with several others. I am pretty sure they were spawning, so I had no intention of targeting them. However where they were is normally a good Pike holding spot, but as the fly went past the Bream, it turned on it and grabbed it. I was pretty happy to land it. 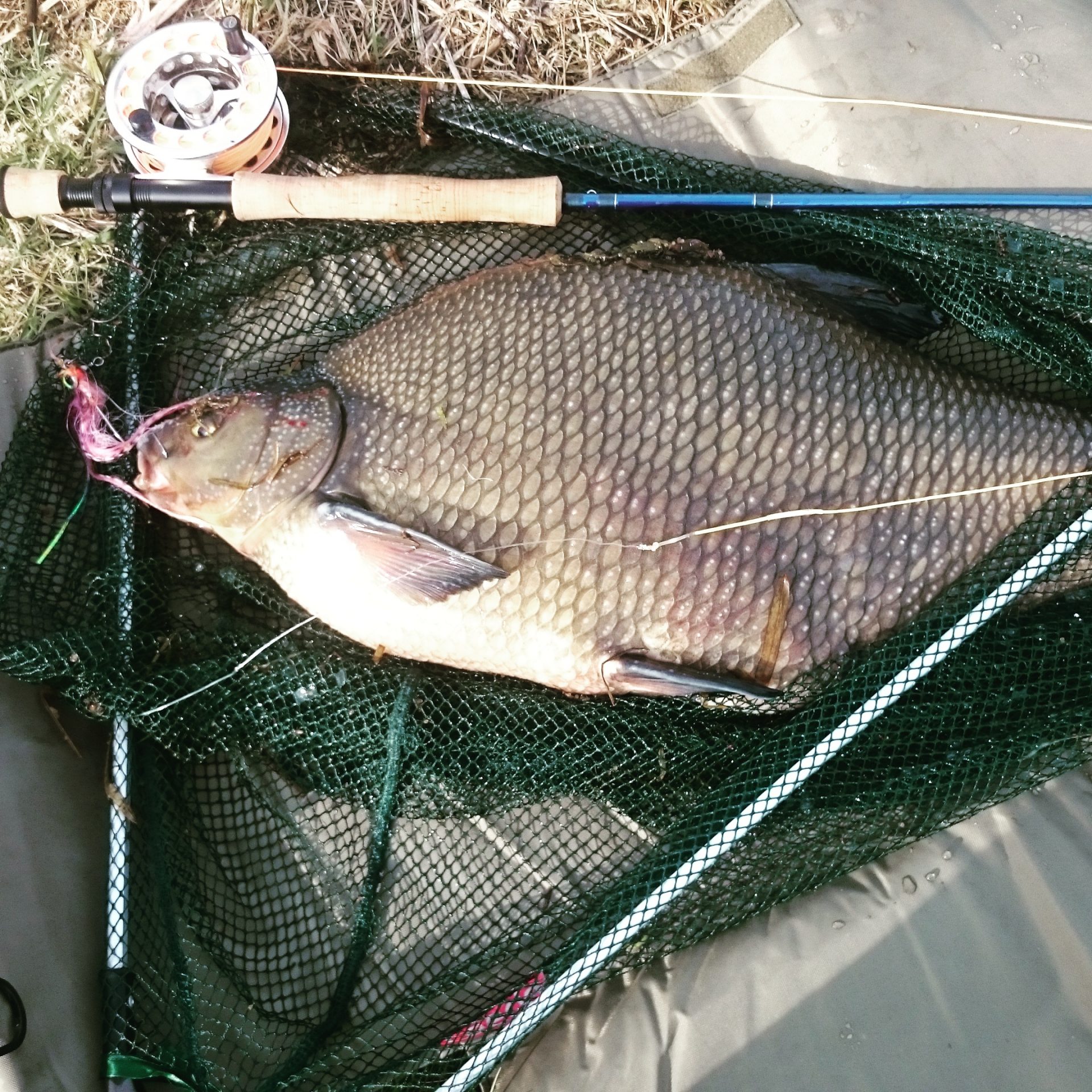 That wasn’t the end of my better fish last week, as I managed to land this 16lb Pike on a lure. All in all I had a pretty good couple of weeks, but now the sea fishing is picking up, I will be doing more of that and less of the freshwater fishing. Maybe! 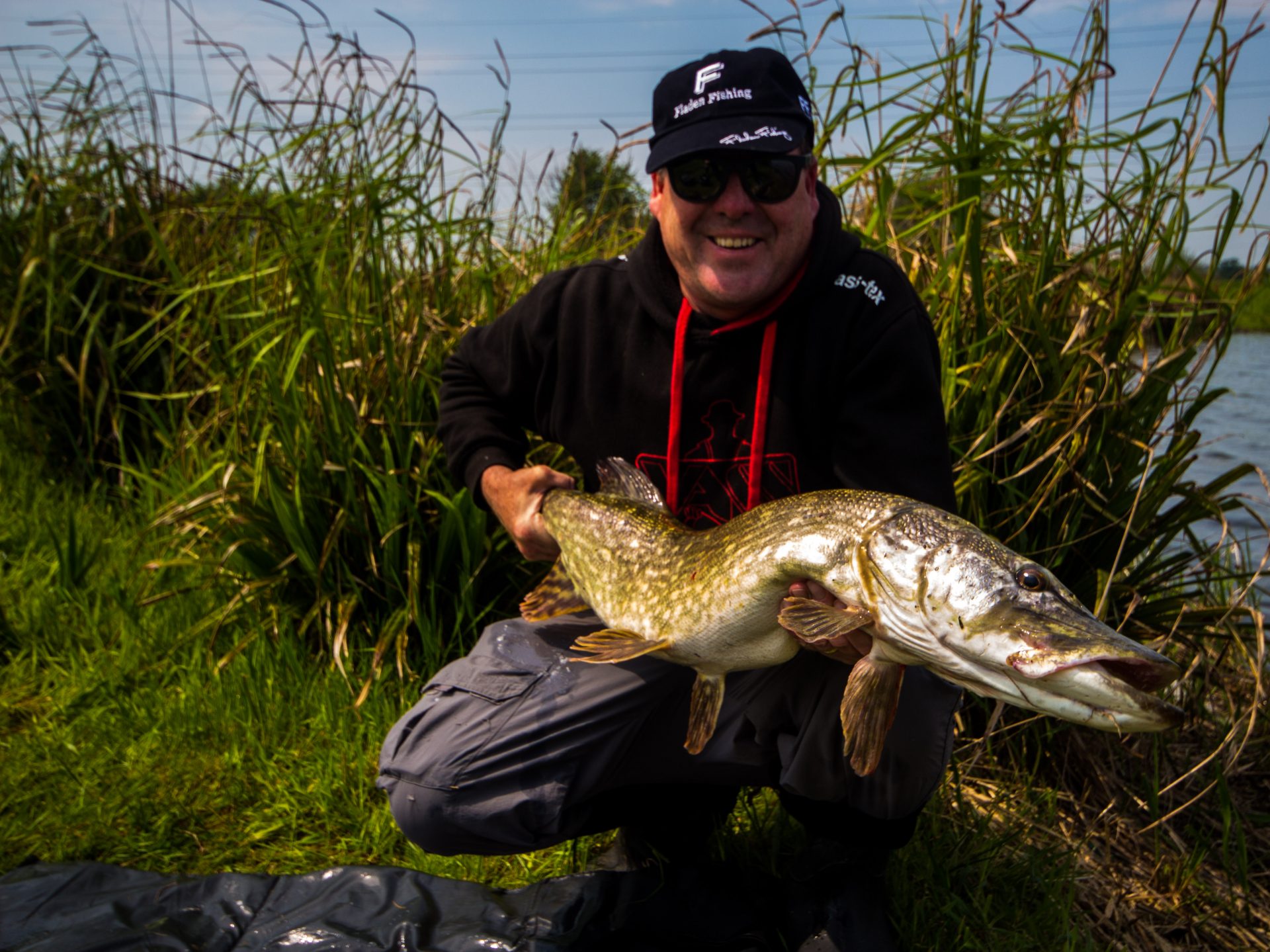 With the summer now upon us, many of you from outside the area may well be thinking about coming down to Dorset for a holiday this summer. There are many places to stay in the area, but if you are looking for somewhere central that would be good for your family, then it is well worth taking a look at Parkdean Holiday parks. With a number of parks throughout the county they can offer great family breaks, close to some fantastic fishing marks, there is also the addition of offering freshwater fishing at their complex at Warmwell. I have been working in conjuntion with Parkdean and some other local operators and clubs to create a guide to fishing in this area. For more details check out this casting your net in Dorset article

Chesil Beach forecast: The beach is now starting to come alive and is well worth a visit. During the day you can expect mackerel, Plaice and Smoothound. The first of the Gurnards should start to show in numbers soon. Night tides will also produce Smoothound, as well as Pout, Dogfish and Rays.

If you want Plaice then head towards West Bexington and Abbotsbury, but if you are looking for the early Gurnard, then you want the other end of the beach towards Portland.

Portland: It seems that lure fishing is becoming ever more popular on Portland. I had a walk down the Bill this afternoon to see more lure fishermen than I have ever seen there. Wrasse were the main catch, but a number of Pollock were also caught. I don’t normally target Bass on Portland until much later in the year, but there is always the chance of picking one or two up.

If you fancy trying some float fishing then go for a ragworm for Wrasse and Pollock, or better still a Mackerel strip for them and Garfish.

Portland Harbour: The harbour has suddenly come alive. I seen lots of birds working the bait fish close to the shore. This suggests that Pollock, Garfish and Bass are pushing them to the surface. I have heard from a number of anglers saying that they have had both Flounder and Plaice. Boat anglers have had Thornbacks close to the shore.
Weymouth Bay: As usual the piers provide easy fishing both during the day and at night. Preston will fish for all sorts of flat fish and Rays, as well as Bass.

SUBSCRIBE
Catfish at Honeypot Lakes – A Winner’s Tale. How to make a Wishbone Rig

One Response to "The May bloom and sharks"