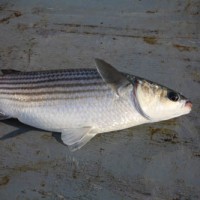 How to fish for Mullet

Mullet have a reputation for being very difficult to catch; how many times have you wandered around a harbour and spotted loads of Mullet? Do you think to yourself, how can I catch one of those? In this article written by Darren Herbert, owner of the tackle box in Lyme Regis he goes through the steps of how to catch a Mullet. Although written specifically for Lyme Regis, these same tactics can be used in almost any harbour in the UK and abroad.

Lots of harbours in the UK have been built around a river mouth and Mullet are normally prolific in these harbours. The mix of freshwater and saltwater combined with a silty seabed is home to billions of microbes, which is a rich food for the Mullet. The down side to having this much food readily available is the Mullet get locked on it, taking in mouthful’s of silt whilst swimming along, filtering it through their gill rakers, and ignoring any other food items in their path! Mullet fishing can be hard at the best of times, and other times infuriating!

The harbour in Lyme doesn’t have any fresh water running into it, so although the Mullet are not there in the quantities that you might find in harbours like Weymouth, West bay, and Seaton, they are generally much easier to fish for, as they visit the harbour every day in search of fish scraps discarded over the side by the fishing boats. Golden Grey Mullet are the main visitors to the harbour, the larger Thick Lipped Mullet will venture in on occasions but usually stay around the outside walls and the floating pontoons at the end of the harbour wall.
Setting up:
For Mullet fishing I use a 12-13ft freshwater match rod with a soft to medium through action, and a light fixed spool, rear drag reel loaded with 6lb monofilament line straight through to the hook. 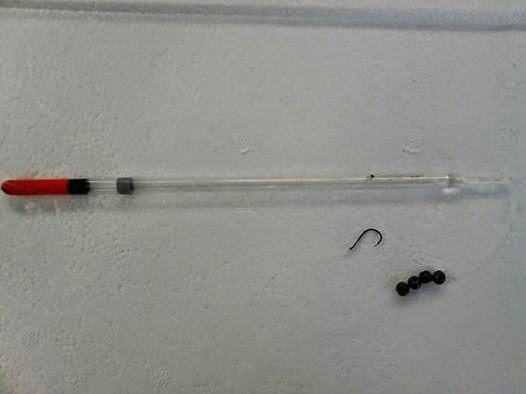 The types of float I use vary, depending on where I am fishing, but for the harbour in Lyme, a clear waggler float rated for 5BB shot will be perfect.
For years I had been using the Kamasan B980 coarse hooks, but a couple of years ago I tried the B983 version, and have been using them ever since. They have a wider gape, finer gauge wire, and are slightly off set, making it in my opinion the perfect hook for Mullet. Fishing in the harbour I use a size 12 unless I am targeting just the Thick Lipped Mullet, in which case I will go up to a size 10 or 8.
I set the depth with the float by using float rubbers, rather than a split shot either side of the base of the float, allowing me to change the depth I am fishing very quickly should a Mullet cruise by just below the surface.
My split shot are positioned a couple of inches above the hook in a bulk pattern, this gets my bait down to the depth i want very quickly, avoiding most of the small fish such as Smelt on the way down. Having all the split shot close to the hook also aids in recognising bites when the Mullet lift the bait, rather than swimming off with it.
Polarized Glasses are a must when I am Mullet fishing, there are so many occasions when I have hooked the fish just by watching them take the bait, and the float hasn’t moved.Ground bait:
Using a good Ground bait to bring the Mullet into your swim, get them feeding confidently, and hold them there, is one of the most important aspects of successful Mullet fishing in Lyme, and probably the one thing that is often forgotten by a lot of anglers.
Your ground bait should carry enough sent to attract the Mullet in from distance, have just enough body in it to hold them in the area, but not fill them up with food, and get them hungry enough to take your hook bait.
If you want to mix your own then follow my next steps to making the perfect Mullet ground bait, or if you don’t want the hassle, or just want enough for an afternoon session, then you can buy it ready mixed by us in the shop! 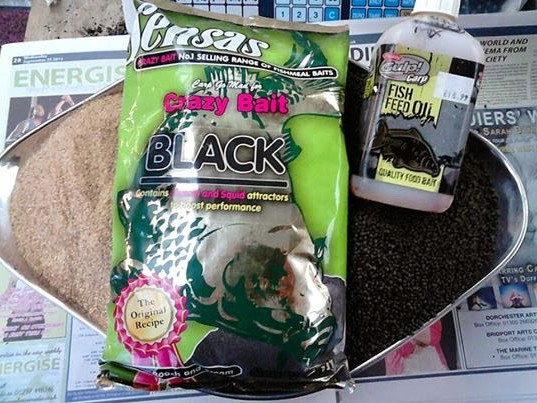 The mix we use is 1kg of Sensas Crazy bait black, 2kg of Brown crumb, 1kg of Micro Trout pellet, and 26ml of Gulp Fish feed oil. Once the ingredients have all been well mixed together, it can be stored in an air tight container for a long time. When you come to use it, just add water a little at a time while mixing it with your hands. It should get to the consistency, where it will stick to itself, but not to your hands (you will need to keep adding water throughout the fishing session as it will dry out). To give the Ground Bait a bit more body, I chop up some Mackerel and add this to it just prior to adding the water (don’t put in loads of Mackerel, as this will fill the Mullet up fast).
For the hook bait I prefer to use Mackerel, I try to use just the flesh and no skin on the hook, as I have found that the Mullet will suck in the bait and blow it straight back out again repeatedly, until it breaks up, if the skin is left on. I ensure my hook bait completely hides the hook, Mullet have very good vision and will be very wary if the hook is visible. 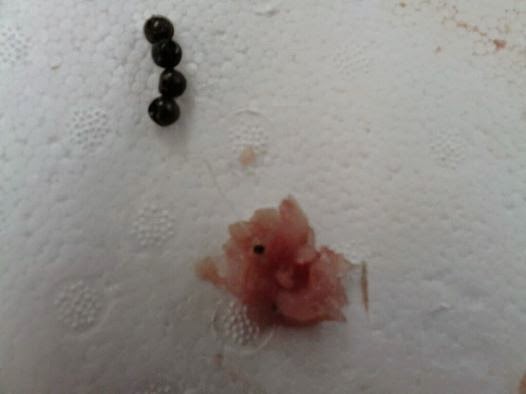 Following this quick guide, you should be able to land a few Mullet on your next fishing visit to Lyme Regis!On Wednesday evening the Lyme Regis Sea Angling Club had a Match in Lyme, the target was for the most number of species (no mini species). I wanted to kick the match off with a Mullet and my target was the Golden Grey. I fished into the harbour, behind the beam that holds the trawl nets, just past the aquarium. The nets hanging over the frame gives you something to blend in with, rather than sticking out like a sore thumb with just sky behind you (I mentioned earlier how Mullet have very good vision, and can be a very wary fish). I adjusted the float so that I was fishing the bait about 6 inches off the sea bed, baited up, then chucked in half the ground bait i had mixed up (I took about a kilo with me). Normally I would carry on throwing more ground bait into the swim every 5-10 minutes, just small golf ball sized bits to keep the scent going, but on this night the Mullet showed up in just a few minutes. The Ground bait had already started to break down, leaving little for the Mullet to eat, but the scent was strong, and had sent the Mullet into a bit of the frenzy. My first bite was a strong positive bite, taking the float right under the surface and to my right. I struck into the fish, and after a great little scrap my 1st species was landed, a Golden Grey Mullet of about 1.5lb.
I would have liked to stay on Mullet fishing a bit longer, but because this was a species comp, I decided to move off to try for Wrasse and Smoothounds……… 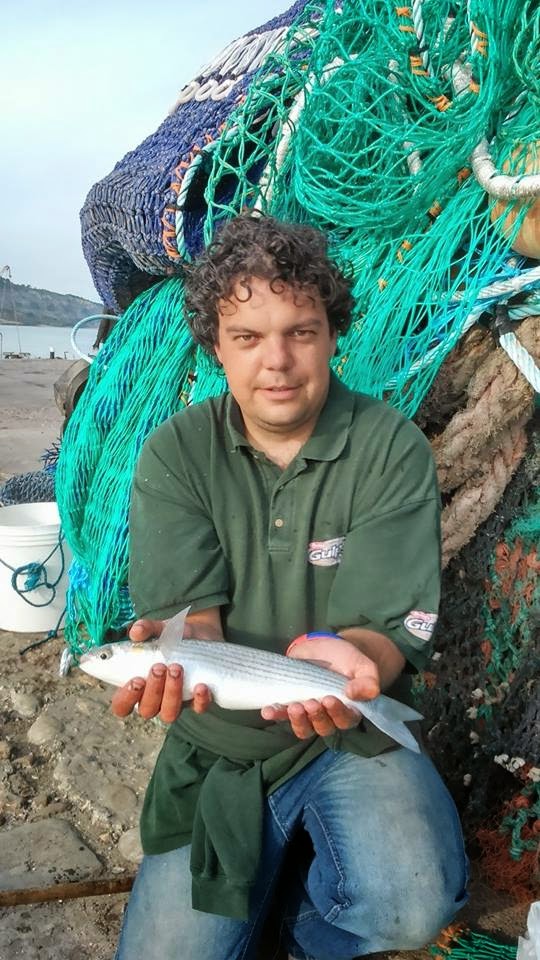 6 Responses to "How to fish for Mullet"