Fishing Tails > All Articles > Reports > Chesil Beach > The Bass are starting to show in better numbers
How to fish for Mullet The best fishing I have known for years. 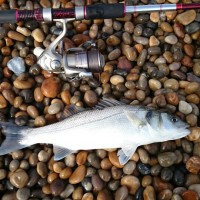 The Bass are starting to show in better numbers

Bass fishing from the shore has started to improve, with some nice fish being landed all along the south West. This is the time of year that I really start to get excited especially when it comes to lure fishing.  I was guiding with a client on Tuesday, when the wind changed direction to the North West and created a bit rougher conditions than we have had for a while. It resulted in several lost fish to a Fiiish Black Minnow lure that drives me mad (more on that next week), but we were able to land some. 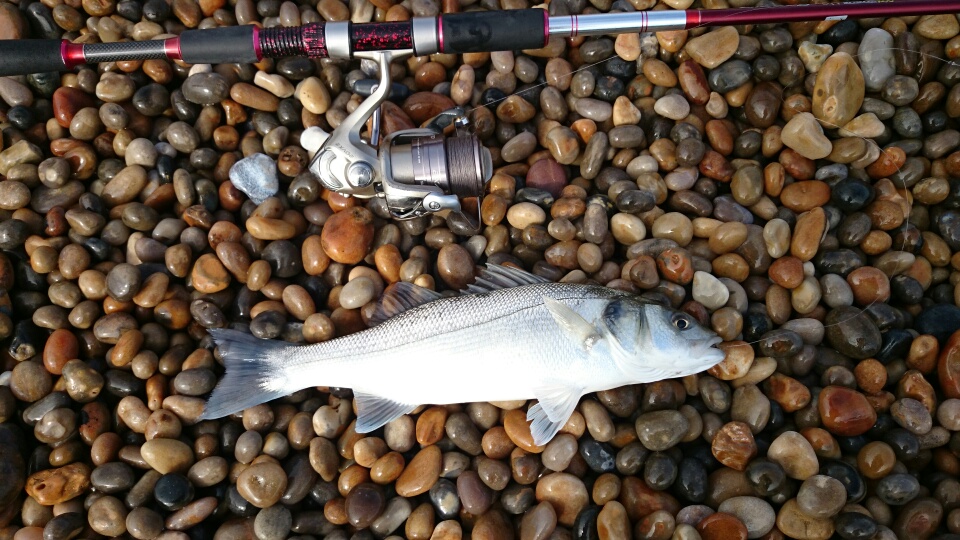 I had an email from Simon Hillyard, whom I took guiding last year. He was happy to report that he was putting his new skills to the test and managed a fine Bass the other day. 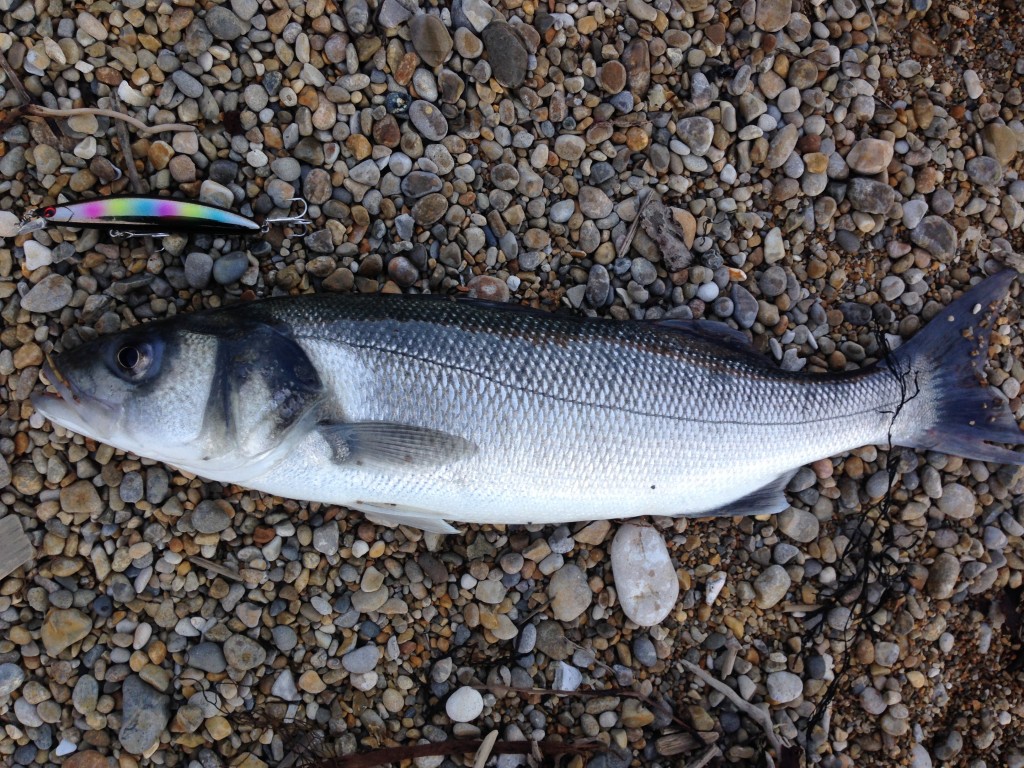 As we are now getting into the prime time for lure fishing, I will be featuring several articles next week on lures and lure fishing for Bass.

It is not just Bass that are being caught at the moment, good numbers of Cod are regularly being caught all along Chesil. Add Bream, Gurnard and Trigger Fish to the mix and you can see why I love fishing in the autumn.

Although it is a bit blowy this morning, the forecast is for light winds all the way through to next Friday, so hopefully the mild temperatures will keep all these fish around for a bit longer.

Chesil Beach: 1m waves with a bit of chop but the water remains fairly clear.

Chesil Beach forecast: The Mackerel are not around in the large numbers they have been, but some of the ones that are around are huge. This 15 inch long Mackerel was caught by Ricky Piranhas, it looks like a contender for fish of the month.

I was out on Tuesday and Wednesday filming a video on how to catch Garfish, I can tell you that there are a lot of Garfish around. I also noted that there was lots of Mullet very close in, sometimes within inches of the shore. They were following in my Mackerel sliver, that I was using for the Garfish. Unfortunately I couldn’t get any hook ups.

Expect Bream and Gurnard all along the beach, as well as some Plaice moving into the Chesil Cove area. Abbotsbury has been very busy for the past couple of days. I am not too sure why everyone is down that end of the beach. They may be chasing the Cod, but I know the Portland end of Chesil is fishing far better.

Portland: Head for Church Ope Cove at dusk and you will be surprised at the amount of species you will catch with a float and a bit of Mackerel. On my last session there I managed Garfish, Scad, Pollock, Mackerel and even a Bass. You can sometimes pick up a mullet if you are lucky.

Portland Bill is also fishing well for Wrasse and a few Pollock. This is a good spot for late Mackerel and plenty of Garfish on small lures.

SUBSCRIBE
How to fish for Mullet The best fishing I have known for years.