Fishing Tails > All Articles > Reports > Peeler Crab, a dangerous bait!
In the right Plaice A quiet weekend around Poole 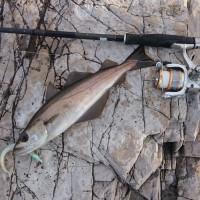 Warning: Peeler Crab can be a danger to your fishing tackle.

Let me tell you a story of woe! I decided to get some Peeler Crab from the tackle shop on Wednesday to try for some Plaice and Smoothhound. Stupidly as I was setting up my gear I must have knocked over my box of crabs and all but one escaped. Unfortunately that single crab did not attract any of my target fish. This set me to thinking; maybe I should go and collect my own and make a video on how to do it. So thats exactly what I did.

I called Gavin, our man behind the lense to meet me yesterday. We had a successful filming session, so expect to see a new video over the next few days. The bonus out of the filming was I now had some fresh Peeler Crab to go fishing with. I set off to Checkpoint, a mark near the Portland end of Chesil, in the search of a Smoothound, or even a Ray. I decided to go light, and only take my Any Fish Any Where rod, a Penn 525 Mag reel, tripod and a few rigs and weights.

Once I had baited up, I cast out the bait to around a 100 yds. After letting the bait come round in the tide, I tightened down on the rod and stood back to see if it would settle, or if I would need to tighten down on it again. Without warning the rod shot out of the tripod, knocking it to the deck. The rod shot towards the water like a missile and within seconds it was gone. Being very experienced, I had the drag set for a Smoothound and I was standing next to the rod, as I always tell my clients to do when using Peeler.

I spent half  an hour casting, trying to snag it, as most rods that go into the water don’t travel far. Alas nothing. I have seen Smoothound pull rods into the water before, but this was so fast there was nothing I could do. Should anyone find it washed up please let me know. Pretty sure it was a Tope that hit it. The only other UK fish I know of other than a shark that could do that is a Stingray, but they are not not known on Chesil.

It is a case of being double annoyed, not only did I lose  good fish, but I lost my distance casting rod, which I had just replaced the tip eye on. My Century Tip Tornado, which is my prefered rod is currently in for a rebuild, so I  am now rodless as far as distance casting rods are concerned. Normally  I would not be so bothered, but there are lots of Plaice on Chesil at long range.

so what lessons can we learn from this? For me not a great deal really, as I had done all the right things, but If you are using a Peeler Crab, or another large bait make sure you set your drag to a light setting, and if you have it engage the ratchet. If you engage the ratchet you can loosen your drag off even more without the fear of an over run if a large fish does take it.

On to a more interesting note, since the tides have died back a bit, the Plaice fishing has been really good on Chesil. Ben Hackett, who sent in the picture below was amongst quite a few that landed some decent fish from the Abbotsbury and Cogden end of the beach. 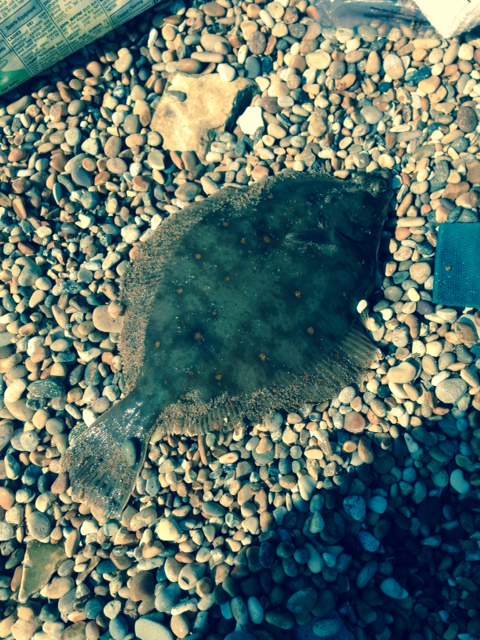 It is not just the shore that is picking up. Luke Pettis, skipper of Snapper out of Weymouth has been proving that the Shambles is fishing well again. He managed a mixed bag of good sized Plaice, Turbot and Brill.

As Luke is one of Weymouth’s newest charter skippers, he still has some spaces left on trips this year, including some for this Sunday and next week. Don’t think that just because he is a new skipper, he doesn’t know where the fish are. Far from it, Luke has a lot of fishing experience under his belt. For more information you can contact Luke through his Facebook page link here Luke Pettis

Chesil Beach forecast: This is a great set of tides for Plaice fishing this weekend, although you will have a bit of wind to contend with. As I said in my report earlier in the week, try and get away from the crowds to give yourself the best chance of getting a Plaice. The Mackerel are still thin on the ground, but they are around.

Portland: The fishing on Portland really is starting to get better by the day. More and more Wrasse are moving in, and the Pollock fishing is great, especially if you go around dawn and dusk. The Pollock are not large, but they are plentiful and give a good fight on light tackle. I guided on a lure session at the weekend and had a lot of success on the Fiiish Crazy Eel. I tried other lures, but the Crazy Eel out fished all the others by a large margin. This is almost certainly down to the fact that the Sandeels have returned, and are the main food source for many of the predators. I think the Fiiish Crazy Eel’s are very realistic, though they are expensive. Have a look at this link for more information Fiiish Crazy Sand Eel 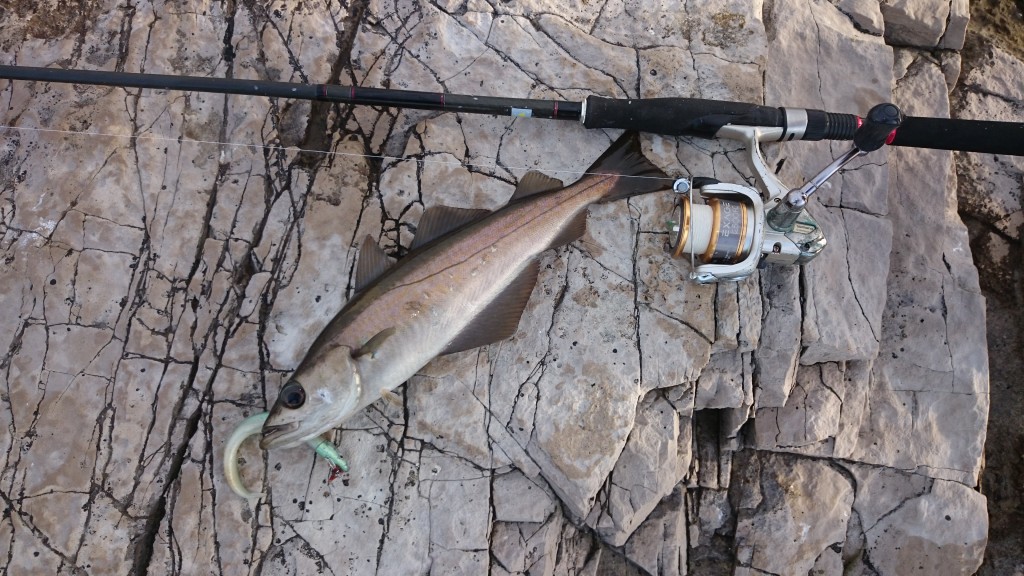 SUBSCRIBE
In the right Plaice A quiet weekend around Poole