Fishing Tails > All Articles > Reports > Chesil Beach > How far do I need to cast on Chesil
Chesil Beach after the storm Weekend fishing forecast for Chesil, Portland & Weymouth. 1st November 2013 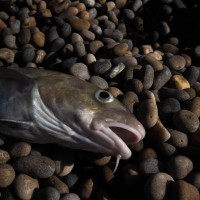 How far do I need to cast on Chesil

Chesil Beach is not the easiest beach to fish in any conditions, it is very mark specific and it is well known that the better casters normally fair better than the rest of us mere mortals. In reasonable  conditions you can easily pick up lots of fish at no more than 60yds and on some marks a cast of over  40yds will put you past the fish. A lot of Bass are often caught only 10yds out in the gutter.  However whilst I have been fishing Chesil the past few days in the rough conditions, I noticed that quite a lot of anglers were struggling to hold bottom, even with 7oz breakaway leads. The main reason is that they were not able to clear the surf line sufficiently. With an 18 mph wind in your face a lot of anglers struggle to clear 60yds, which seems to be the magic distance to ensure that the angle of your line in the surf is high enough to make sure the line doesn’t get battered too much. The continual crashing of the waves on the line causes the lead to break out, thus moving the weight along with the current and then in towards the shore where it gets battered even more. It is something to think about if you are looking to come down to Chesil after a big blow, if your normal cast is about 80 or 90yds then you are really going to struggle with a stiff wind in your face and 2m waves.

I have spent an enjoyable last three days guiding with my  client Brolly (very few people know his real name). Conditions were pretty tough, but my client wanted to catch Cod, Bass and Wrasse. Given the conditions I was more worried about trying catch a Wrasse than the other two species. It ended up that we moved around a lot looking for the best conditions and marks for the different species. On Monday whilst Chesil was unfishable , we took advantage of the surf at Bowleaze Cove to get a Bass.

The next day conditions we almost perfect to fish Chesil Beach. It was still fairly rough, but the wind had dropped enough to allow us to cast and the water was very coloured. 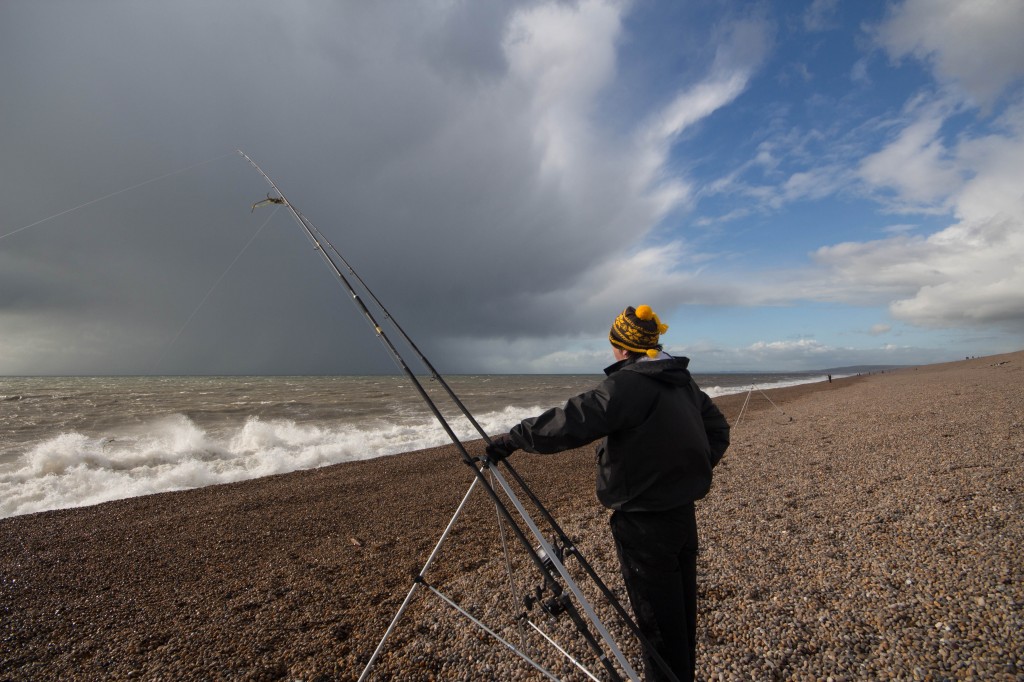 the first casts were a disaster as we were hit by weed and got snapped off. Second cast and things were looking up, as the sought after Cod appeared. 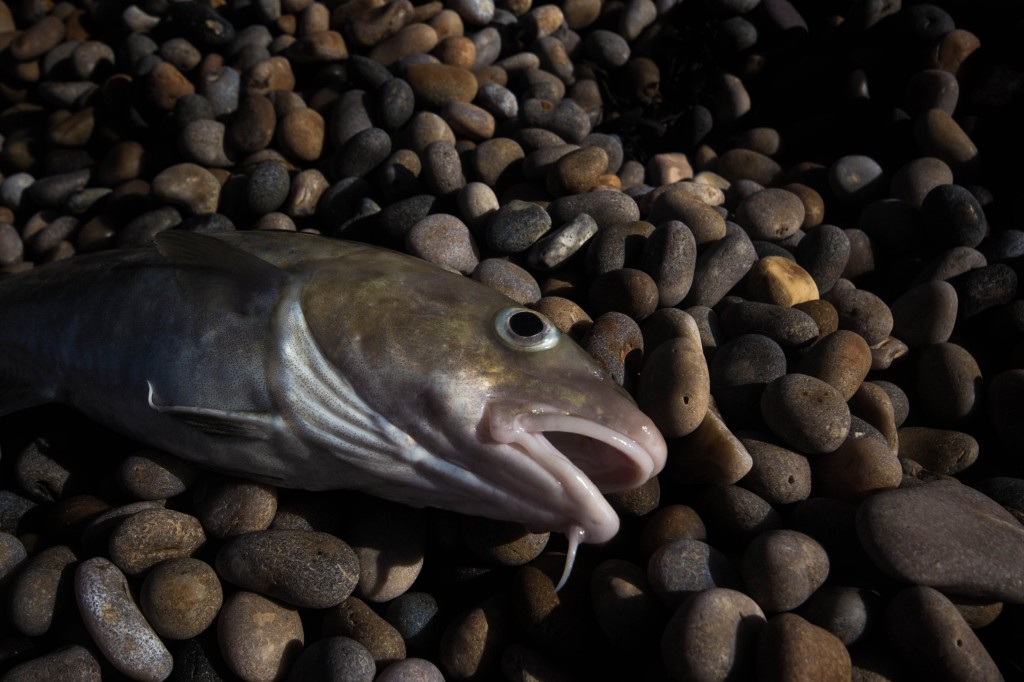 That seemed like a good start, and we were expecting a string of Codling to follow. Unfortunately the Pout and Dogfish had other ideas, as they hit every bait that we put in. It was pretty frustrating, but everyone around us faired no better. The guy to our left kept catching Conger and our immediate neighbour to the right ended up getting into the Whiting.

The one thing Brolly wanted most of all on his trip was to beat his PB Wrasse of 1 1/2lb. Normally I would have no worries about smashing that with a trip to Portland, but with a heavy swell running and the water very coloured I was less than confident. We turned up to fish Portland Bill over low water. I have brought Peeler and Ragworm, as the last time I fished there the Wrasse were only interested in Ragworm. 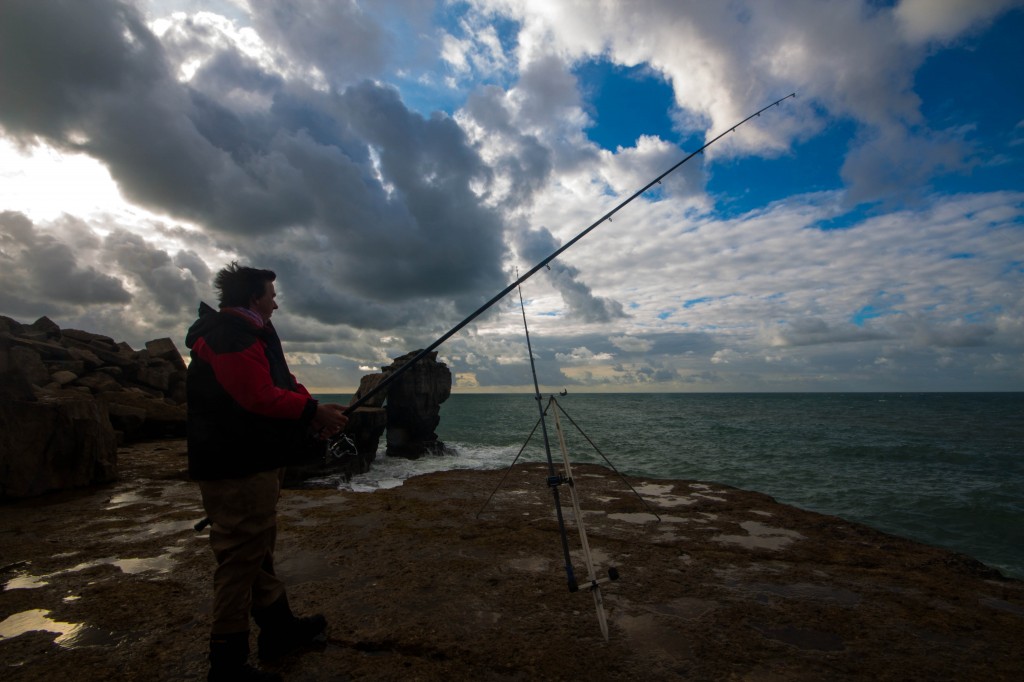 We set up two rods with a different bait on each.  Within minutes the work rod jumped as something hit it. By the time it had been struck, what ever was on there had gone and the rig ended up snagged. At least it was a good start. As I was setting up with another rig the crab rod thumped over. As Brolly was holding his rod he managed to get a good hook hold on a feisty Wrasse. After a short but spirited tussle he landed a nice Wrasse of 2lb. 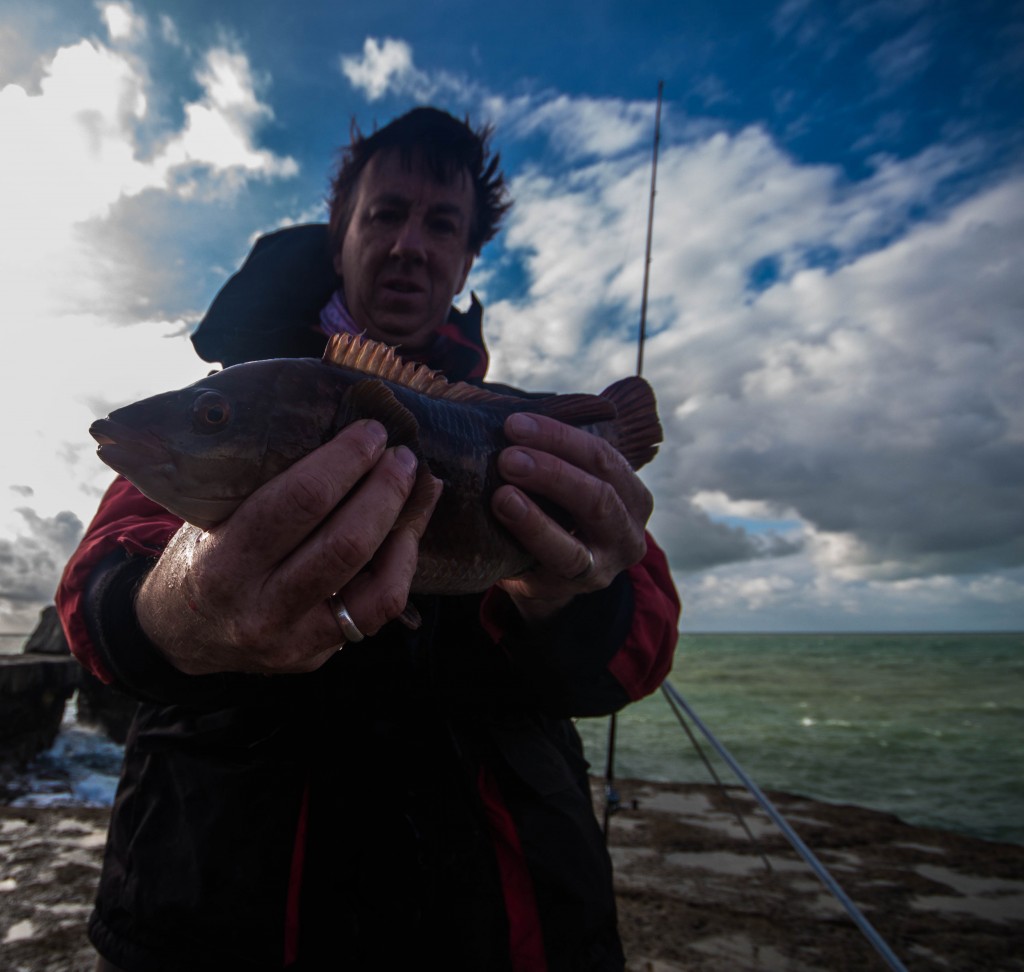 Target achieved, but nowhere near as big as I wanted. I need not have worried as pretty soon Brolly managed another larger one. I won’t go into much more detail, as I know he wants to tell his own story.