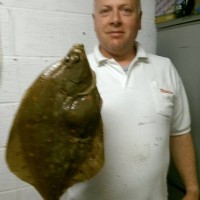 147 anglers fished the flat fish open championships on Chesil Beach on Sunday, 39 anglers weighed in. Conditions were a lot tougher than forecast, but that did not prevent plenty of fish being caught, with 47 Plaice, 16 Dabs and 6 Flounder. Dai loder from Newport in Wales won the longest aggregate length with 4 Plaice for 135cm

Wayne Perret from Eastleigh, had the longest Plaice at 52cm, which weighed 2lb 10 oz. 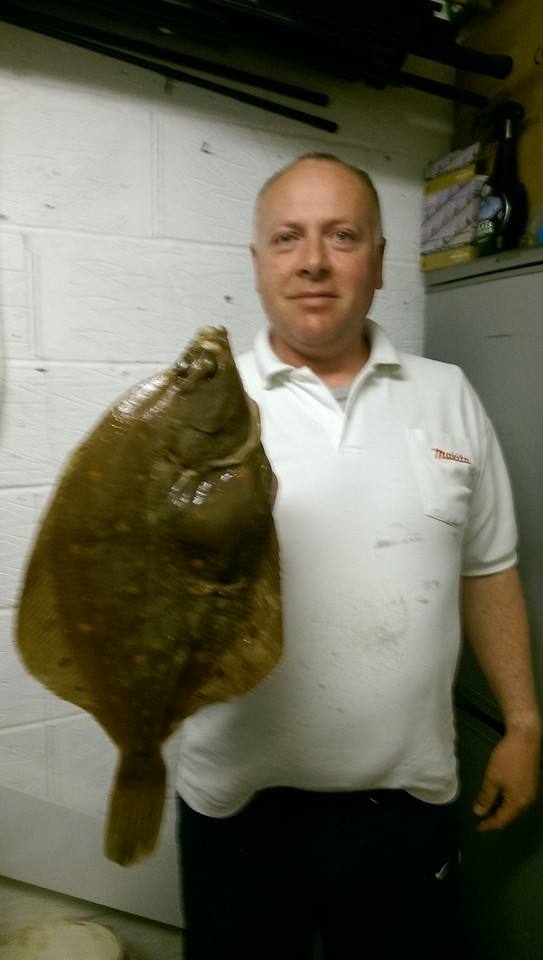 I managed to get out on a last minute trip with Adrian Brown on Al’s Spirit on Saturday. After a long steam out to find clearer water mid channel, we managed to get straight into the fish. Well at least Roger Morgan did. He out fished everyone on the boat, with countless Pollock and two nice Ling all caught on lure. 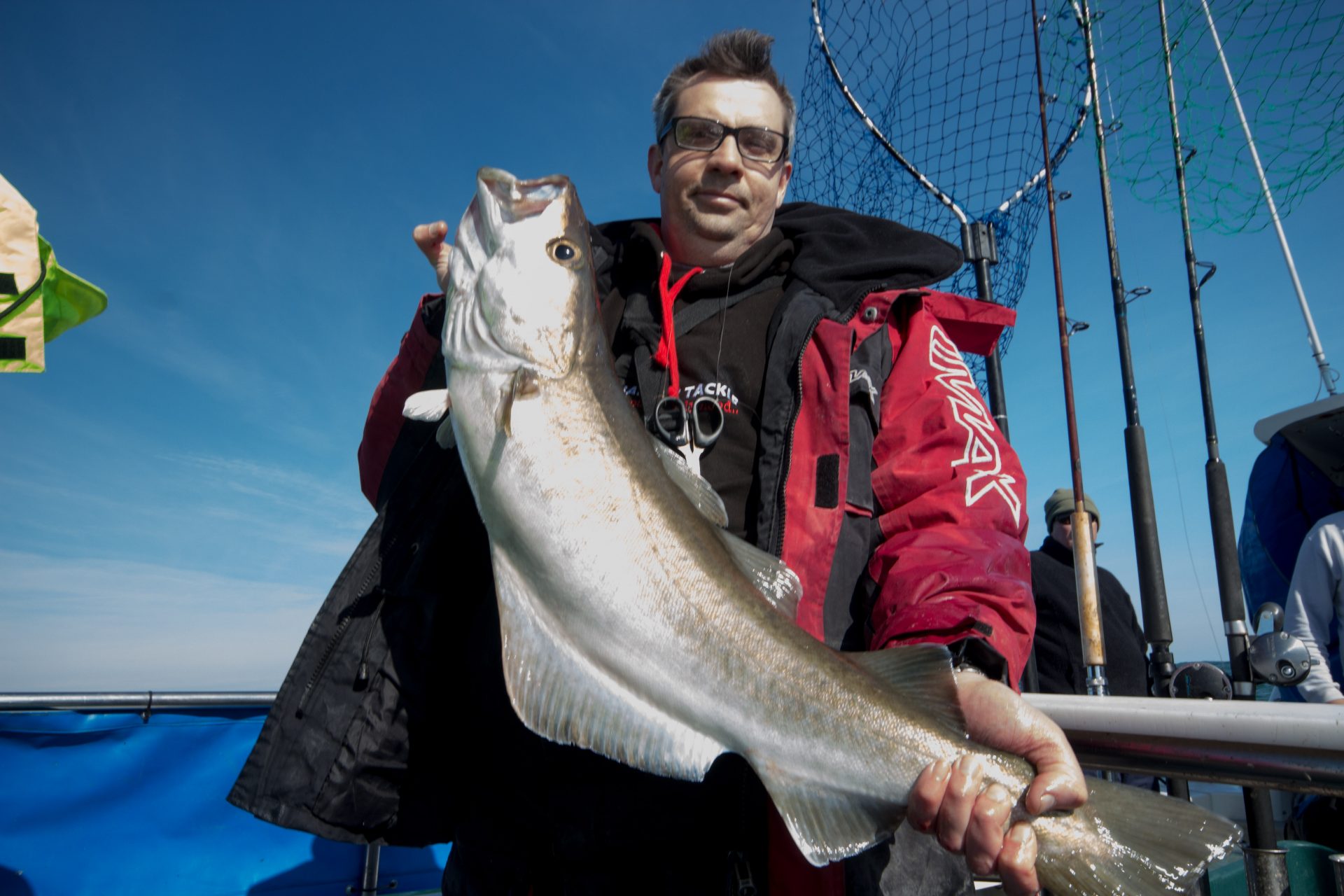 Although I didn’t do as well as Roger, I was still happy with the Pollock I caught. I was testing out some of our boat feature’s writer, Alan Yates Seaboom Turbo Fish lures. The lures performed really well, with the X2 silicon standing up to the rigours of being smashed by the fish and getting caught in the wreck. One thing I found was that you have to use them with jig heads or you lose all there action. When fitted with the jig heads, the swimming action is fantastic and the tail really thumps in the water. It was good to have a selection of colours, as the Pollock were very fussy on colour on Saturday.

Squid are now showing from Weymouth Pier. Just as they did this time last year, the first of the spring run of Squid have arrived. Now that the water has cleared we should see catches all the way from Plymouth to Brighton for the next couple of weeks. For those unfamiliar with Squid fishing have a look at this article from last year on Squid Fishing

This may not be of much interest to you sea anglers, but I have been spending quite a lot of time fly fishing for Carp over the past week, both in the UK and in Spain. I love catching carp on a surface fly and despite fairly breezy conditions I managed to get out to a couple of lakes in Dorset. In two sessions I landed over 20 Carp, with the largest being around 8lb. The other anglers fishing for Carp using feeder rigs all blanked. I have decided to make a video on fly fishing for Carp, to show how easy it is to get into, even if you are a novice. 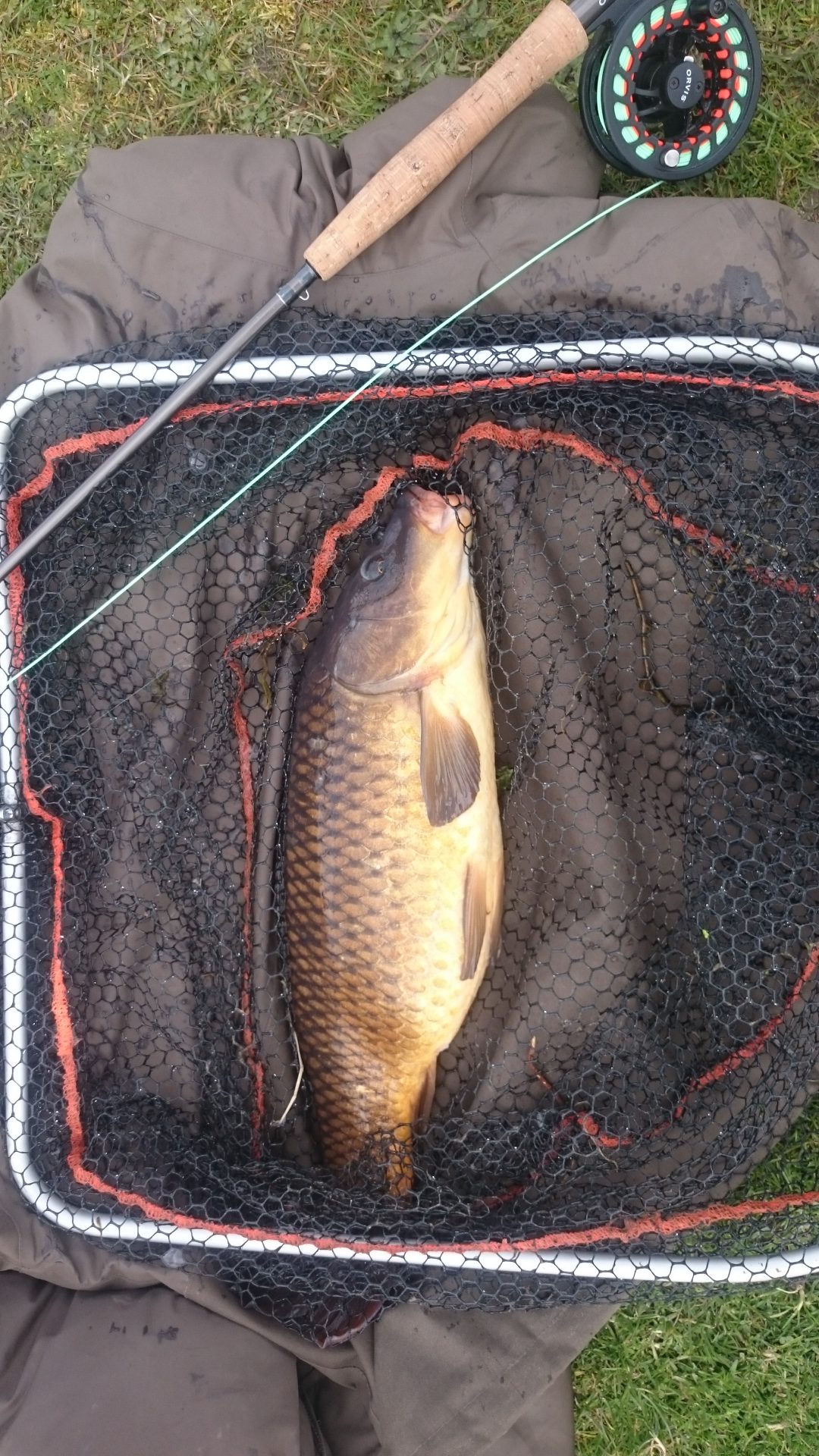 Chesil Beach forecast: As I forecast on Friday, the Plaice fishing was pretty good over the weekend. I would expect it to remain good for the next couple of days. The wind will be out of the North West for a good part of the week, with it being fairly blustery on Wednesday. This will kick up a bit of a surf and some colour making Plaice fishing a bit more difficult.

If the water colours up a lot then expect to see Ray’s, dogfish and Pout. The early Mackerel are still around for those prepared to put in the time to cast for them. They are not around in large numbers, so it might be a whilst before a shoal passes you on the beach.

Portland: plenty of Wrasse have now moved back to their rocky lairs all around the Island. I always welcome the Wrasse back, as it is a great indicator that some great fishing times are just around the corner. No reports of Pollock this weekend, but as the water continues to become even clearer, the chances will increase.

Portland Harbour: Still not much happening in the harbour, but the Flounder should start to return from their spawning. The first Bass normally start to enter Portland Harbour in a couple of weeks, but as the water temperature is higher than normal they may return sooner.

Weymouth Bay: the piers are starting to produce even more fish, with plenty of small Wrasse, Pout, Pollock and even a couple of Plaice. This is great news for those on holiday with kids. Piers are a brilliant place to get youngsters into fishing at an early age. It’s not just a good mark for kids, as piers attract lots of different species and in the past there has been some fantastic fish caught on the Stone pier, including Bass upto 15lb.

with some fairly strong NW winds forecast on Wednesday, Preston Beach will provide some shelter and the chance of Dabs, Plaice and maybe a Ray.