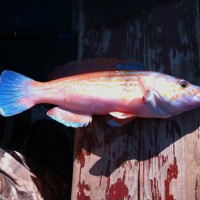 Welcome to the great British summer!! At this rate I might be able to go freshwater fishing from the window of my house. So much freshwater around is having a major effect on a lot of the marks that I would often fish in SE winds. Having said that the wind has opened up some other venues that do really well when it is like this.

Chesil Beach: Large swell with a long run off on the surf line. Water is lightly coloured

Portland Bill: Rough on the East side and around Portland Bill, Calmer round the West side but the swell is around 2m making it pretty dangerous conditions for fishing. Water is slightly coloured

Chesil Beach forecast: If you are a reasonable caster you will be able to get out past the surf line to the Bream and Gurnards. Chesil Cove will offer a fair bit of shelter where you can catch Bass, Wrasse and Pollock. Plenty of Bass and Rays being caught all along the Beach, use long flowing traces with Sandeel or Peeler Crab for the Ray. For the Bass keep it close and when I say close I do mean close. If you are casting 50yds then that is 40yds too far. I have heard of several 7lb Bass coming to Mackerel heads at Abbotsbury. Despite the horrible conditions the water clarity is still pretty good so Mackerel and Garfish should be reasonable easy to catch.

Portland Harbour: The Freshwater coming into the Harbour from the Fleet is affecting fishing around that area. I know that there are no rivers flowing into the Fleet, but there is a lot of rainwater running off the fields bordering the Fleet. Reports suggest that the harbour has been heavily netted by the commercial fishermen who have landed huge quantities of Mullet and Bass in there drift nets.

Weymouth Bay: It wont be pleasant fishing either on the Pier or from Preston today, but with the water very coloured and a nice bit of surf running then Preston looks like the number one mark for today. Peeler Crab will out fish everything there. Huge amounts of freshwater in the harbour make the harbour and piers all but useless for fishing.

Kimmeridge Bay. The big tides will lift the rafts of weed into the water, creating a feeding frenzy for Bass and Mullet. Lures and fly fishing will be good if the wind dies down tomorrow.

Boat and Kayak fishing: I would not want to be fishing in a boat or Kayak today in all this rain. You should be able to find shelter out of the wind if you are willing to sit there and get very wet. I had a go earlier in the Week for a Cuckoo from the breakwater walls and finally after years of trying I managed to land not one but three Cukoo’s, two males and a female. All came on Peeler Crab. We also managed to get four other species with Mackerel being plentiful. 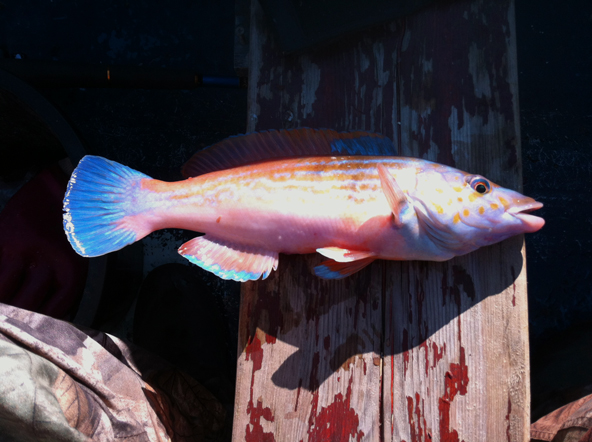