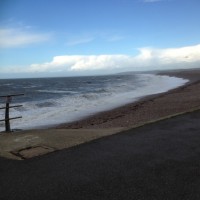 Will the weather break?

I don’t know about you, but after missing out on a great days Cod fishing last weekend, I am desperate to get out this weekend. But will there be a window of opportunity? Everytime I look at the wind forecast it changes. One minute it looks good for this afternoon, then it doesn’t, next I can see a drop on Saturday afternoon. The next time I look, that has changed to midnight. For me it will be a look outside the window and a quick jump into the car and a 5 minute drive to Chesil, if I sense the wind has dropped enough for long enough to let the surf calm down. For those that have miles to travel I really feel sorry for you. If you are only coming down with the sole goal of catching Cod, I would say forget it. Chances are Chesil will be too rough and dangerous to fish for most of the weekend. However if you are prepared to change your plans when you get here, to target Whiting and Flounder from Portland Harbour or Weymouth Bay, then do make the journey. You never know you might be able to get a few hours on Chesil as well.

One thing is for certain, if you cant cast a reasonable distance (over 100yds without bait normally) then you won’t be able to fish Chesil this weekend. There will be a fairly long surf run off. When that happens if you can’t get well clear of the surf line, your line gets battered by the surf, making it go slack, then it gets buried under the shingle on almost every cast. You then almost always lose your gear. 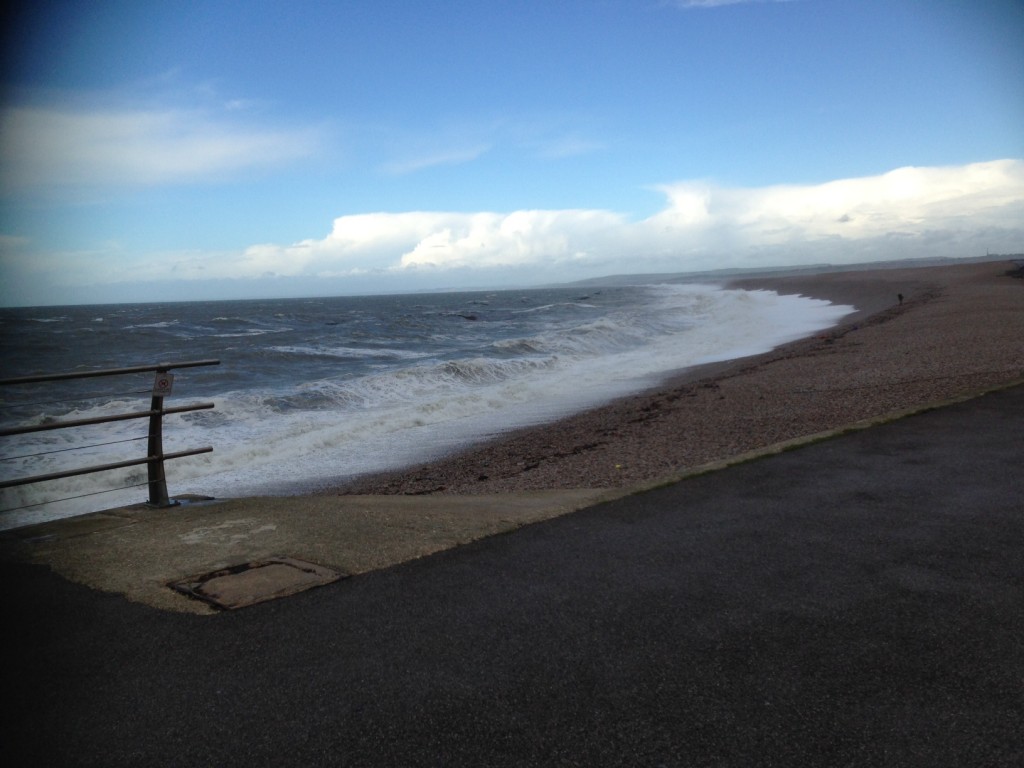 I will update the website as and when conditions change. But right now the wind is lower than is forecast and I can see blue sky coming in from the West. 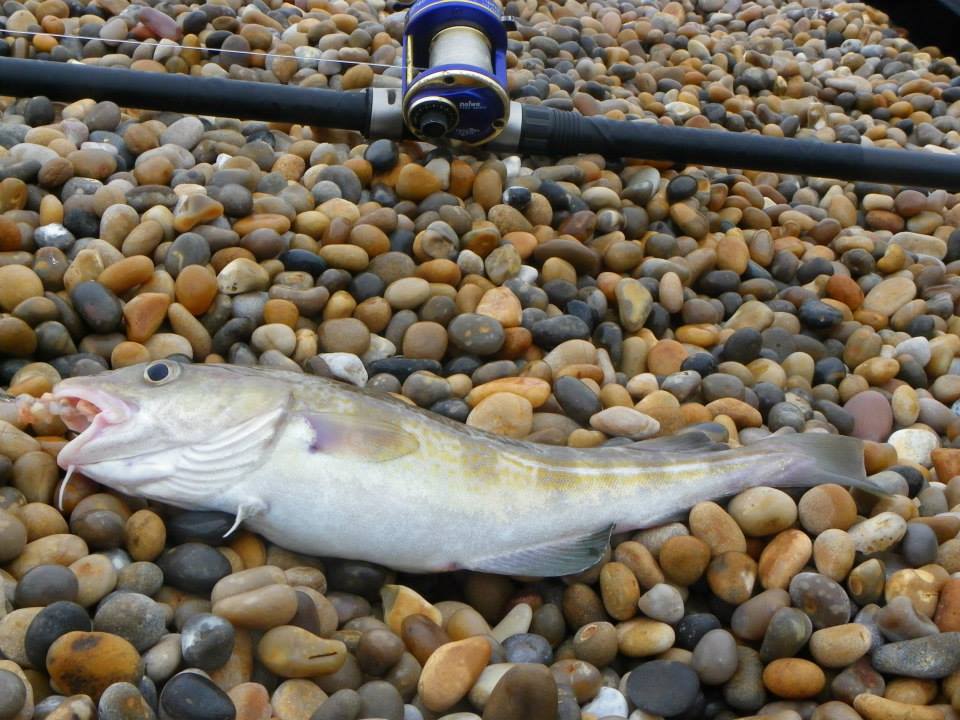 A topic of conversation that I have recently noticed on a couple of the Facebook groups, is that a lot of anglers are saying that when they put any unwanted Cod back in they seem to die.

Cod certainly don’t seem as tough as Bass and Wrasse when it comes to getting them back into the water and swimming away again. My personal experience this year has been that most of the Codling I have returned seem to go back OK, and I have not seen much evidence of fish floating around, that other anglers have returned. I would be interested in hearing others views on this, as well as any tips to help ensure any fish returned stay alive.

Here are a couple of tips I think may help:

If you have caught enough fish and want to continue fishing, when you retrieve fish make sure that you don’t drag it up the beach unnecessarily. Pick it up as close to the waters edge as is safe to do so.

Try and wet your hands before handling the fish.

Never stick your fingers into the gills.

Try to unhook the fish on the ground rather than hold it and try to take the hook out.

Release the fish back into the water gently, don’t just grab it by the tail and throw it in, as I have seen one angler do last year.

Portland: 3m waves and a large swell, with coloured water.

Chesil Beach forecast: The beach will be either rough or unfishable for most of the weekend, with a few potential gaps in the wind. The main one seems to be between late Saturday afternoon and the early hours of Sunday morning. If a gap does come up, you can be sure there will be Cod in close. You will also see plenty of Pout, Whiting and Dogfish at night. Just like last weekend, I would expect to see some Conger as well.

I have not heard of any Bass in the last week or so, but I know that they are starting to shoal up now around the headlands.

Portland: With the rough weather, the fishing will be limited to the higher rock ledges on the East side of the Island. Expect some Wrasse, Pollock, Conger and Bull Huss. There is alway the chance of Bass.

Leo’s Poole report: As we have a fairly windy SW blowing for most of the weekend I have selected a few less well known marks, that can produce as many Flounder as the more popular marks. The only trouble is they are a bit more difficult to get too.

Bramble bush bay and Jerry’s point. These marks can be found by driving through poole and heading to Swanage via the sandbanks ferry.
On reaching the other side you will be on the long straight “ferry road”. There is free parking all along this road and on the right hand side of the road is the harbour. The beach and all the little bays and inlets can be reached by crossing the heath via gaps in the hedge provided for emergency vehicles. These small bays provide good shelter from the worst of the wind as they sit in the Lee of a small cliff that runs along the beach.

Unfortunately at the time of writing the ferry is out of action for its annual maintenance and to reach these marks requires a long drive from poole via Corfe Castle. However this is not so bad for those traveling from the West.

Another mark that can offer shelter tucked in from the South West gales is Arne Cottage. This mark can be found by driving out of Poole and heading for Wareham. Drive through Wareham town and head for Arne nature reserve. At the nature reserve directions can be found for the cottage in the pay and display National Trust car park. The map below may help identify where the mark is. 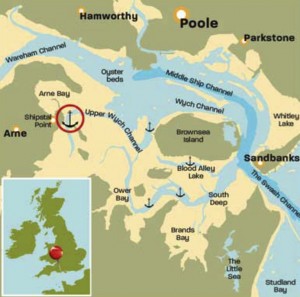