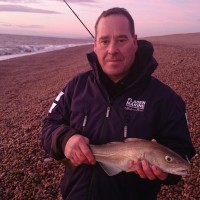 The weather did break.

We have had a pretty windy weekend. but at least the wind dropped enough for me and a few hundred other anglers to get out and have a go on Chesil, and it was certainly well worth it. Between myself and my mate Paul, we managed 11 Codling and a few Whiting between us in about 3 hours.  I will admit that Paul had more and bigger Codling than me, but he was using Cuttlefish and I have frozen Hermit and live Blow Lug. I have never used Cuttlefish before, but I think I will give it a go next time I fish. 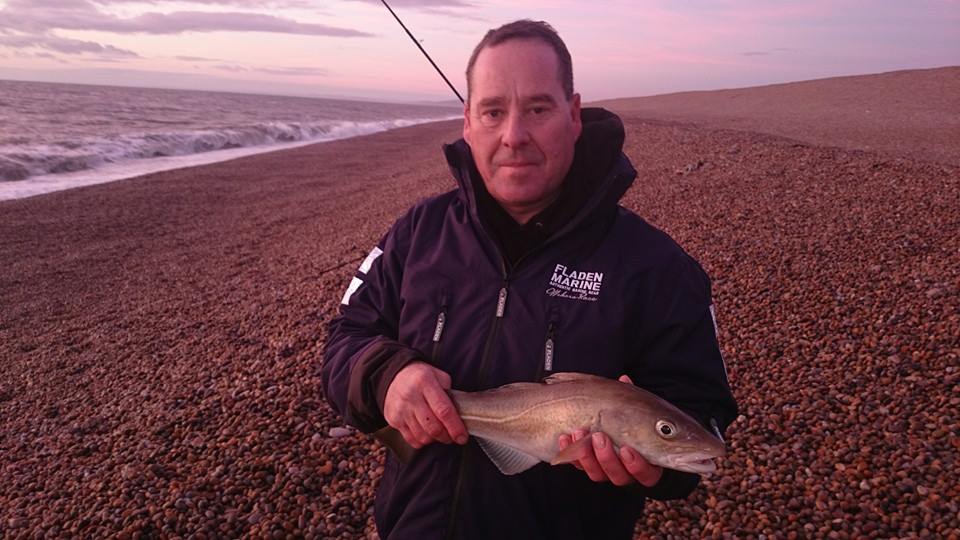 Weymouth Angling Society fished their Christmas Fayre on Saturday and some good bags of fish were landed. The winner was Ben Bradstock with 45lb, which included Cod, Conger, Whiting, Dogfish, Pout and Poor Cod. Runner up was Dave Lane with 30lb. Interestingly Dave had twice and many Codling as Ben, so I thought I would include a picture of a Dave with a couple of his Codling.

So once again the wind has picked up, but I can see the next break looks like it could be on Christmas Eve. As I noticed this gap on Saturday, I decided not to leave my Christmas shopping till Christmas eve, like I normally do, so I am now free to fish then.

Portland:  3m waves and a large swell, with coloured water.

Chesil Beach forecast: Just as at the weekend, it will be a case of getting in a session between the days that it is windy. Those windy days stir up the sea and bring the fish in close. Then the wind drops and we can go and catch them. Or at least thats the plan. Peeler Crab have been very hard to get hold of at the moment, so are Black Lug. For me it is going to be Frozen Hermit, Cuttlefish and live lugworm if I can get it. If you are after the Codling then go for bigger baits. If Whiting is your preference then small strips of Squid and worm.

Portland: With the rough weather, the fishing will be limited to the higher rock ledges on the East side of the Island. Expect some Wrasse, Pollock, Conger and Bull Huss. There is alway the chance of  Bass.

Good numbers of flounders continued to be caught over the weekend. The average size of fish still remains between 1and 2lb but there is one I’ve heard of that may be much bigger!! Details to follow!
Myself I fished in holes bay from the boat on Saturday and completely blanked. But it was a good opportunity for me to try some new methods I had been shown.
1. Spinning: I rarely ledger for flounder in the harbour I prefer to keep it as light possible and so I use a metal spoon or a homemade one. Casting out and retrieving very very slowly.
2: Float spinning: Using a standard float I suspend a spoon beneath it, set at a depth just a few inches above the seabed. This setup can then be trotted downtide covering a large amount of ground.