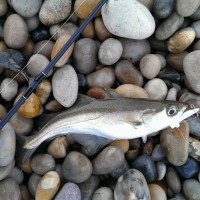 It has been known for as long as I can remember, that Red Gill lures catch fish. In this the first of two articles, local angler Fraser Monro, looks at how Red Gills have progressed over the years, from their first eels to the recent launch of their latest lure the Evo Stix.

When I first came across Red Gills (or Mevagissey eels) they were hand painted and came in individual presentation cases. I am sure that they were very good but as no one could actually afford to buy them they were rarely used.

Later they reinvented themselves as much plainer, no frills eels with large, crude, downward facing hooks. These were used extensively in wreck fishing and I have had a fair few double figure pollack on them. I am sure that everyone has their own views on the best colour but I always favoured plain black, dark red or black and red ‘fire tails’. The logic for this was that a dark colour would show up better as a silhouette to fish that attack from below. Long wavelengths of light do not penetrate very far through seawater so red and black would be indistinguishable at depth. These eels performed very well on a long flowing trace or as part of a ‘killer rig’ (i.e. fished above a jig from a boat). From the shore they were difficult to cast due to their light weight and air resistance. Strips of lead sheet could be wrapped around the hook to add weight or the lure could be fished behind a lead but neither were particularly successful. I addition the big downward facing hook was prone to snag in the sort of rough ground that pollack and bass often favour. 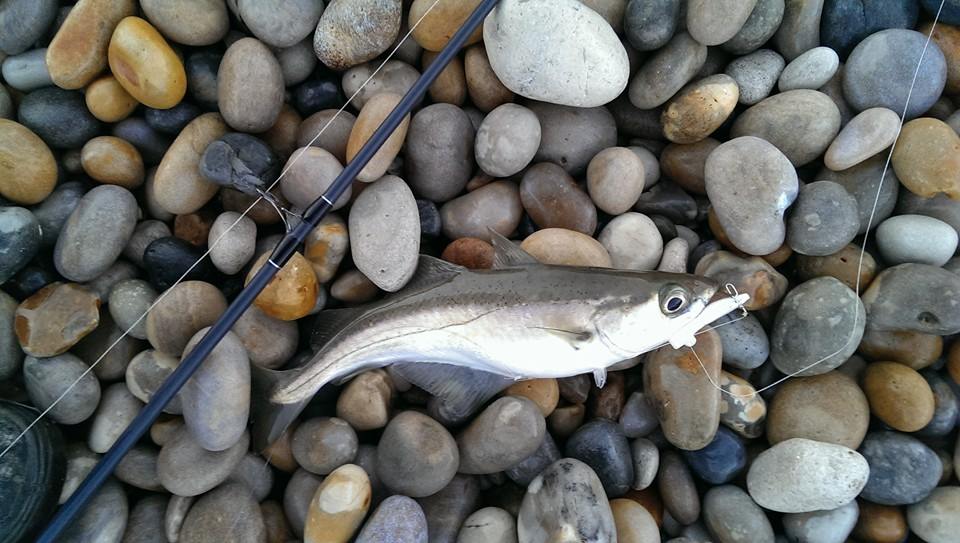 The next stage was the introduction of internally weighted eels with upward facing hooks. These were a major step forward; all the positive qualities of the lure were retained and most of the weaknesses addressed. Hooks were now better quality, they were easier to cast and less prone to snagging. Even the finish was improved and a wider selection of more attractive finishes were available. Several manufacturers now produce similar products and I am sure that all have their fans. My only criticism of this type of lure is that both the nose of the lure and the upward facing hook are prone to pick up floating weed.

No doubt influenced by the boom in ‘soft plastics’ Red Gill have now produced the ‘Evo Stix’, a further evolved eel in the form of a stick bait that can be rigged weedless. First impressions of this eel are very positive; the Red Gill tail action is still present allowing the eel to be fished slowly, it is easy to rig the lure to fish weedlessly as a deep groove is moulded into the back of the lure, good hooks are provided (although it is easy to use hooks of your choice) and cone weights of various sizes can be used to provide casting weight to suit circumstances. For shore fishing I favour silver pearl as 1. it looks like a fishes belly when seen from below 2. it is easy for me to see so that I can avoid snags in shallow water. My first Evo Stix were silver pearl, then I also bought a pack in ‘wounded pollack’ because I liked the name and small pollack are common on shore bass marks that I fish.

On Saturday I rigged up a couple of the new Evo Stix with 70 mm or Red Gill dumpy droppers and went fishing. The lures looked great, took snags and loose weed in their stride and totally failed to produce any bites. I changed to a Dexter wedge and dropper so that I could get a bit more distance and caught a couple of pollack and a mackerel. Then a seal turned up and all the fish disappeared.

In conclusion the new Evo Stix look fantastic, they have a great action and can be fished amongst snags and weed with confidence. I am sure that they will perform well with bass, pollack and wrasse over rough ground. All I have to do now is prove it. I am out later today and will let you know how things go. 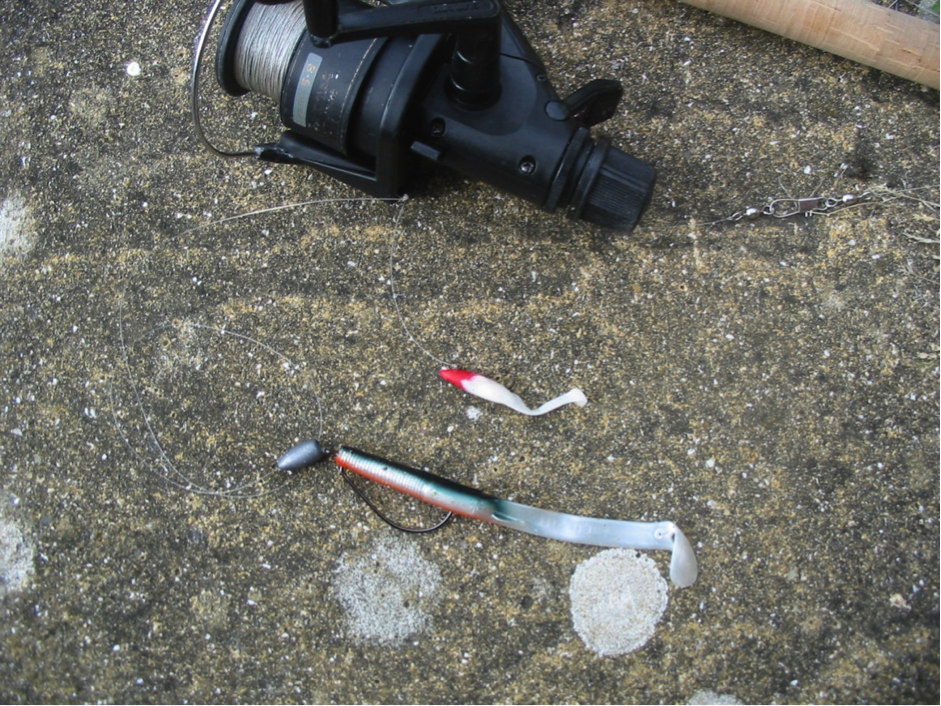