Fishing Tails > All Articles > Reports > Chesil Beach > Looks like a good weekend ahead.
When the wind is in the East, the fish bite the least! How long before the Bass and Bream arrive? 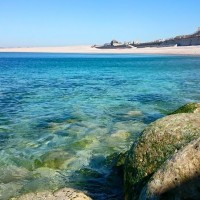 The short term forecast is far better than when I looked on Monday. The strong winds that were due to hit late this afternoon are now going to be nothing more than a strong breeze. This combined with small tides, should be ideal for Plaice fishing on Chesil. It seems that the smaller tides are not as good for marks such as Sandbanks. This picture is of Ollie Mears Four Plaice that got him second place in last weekends Chesil Open. 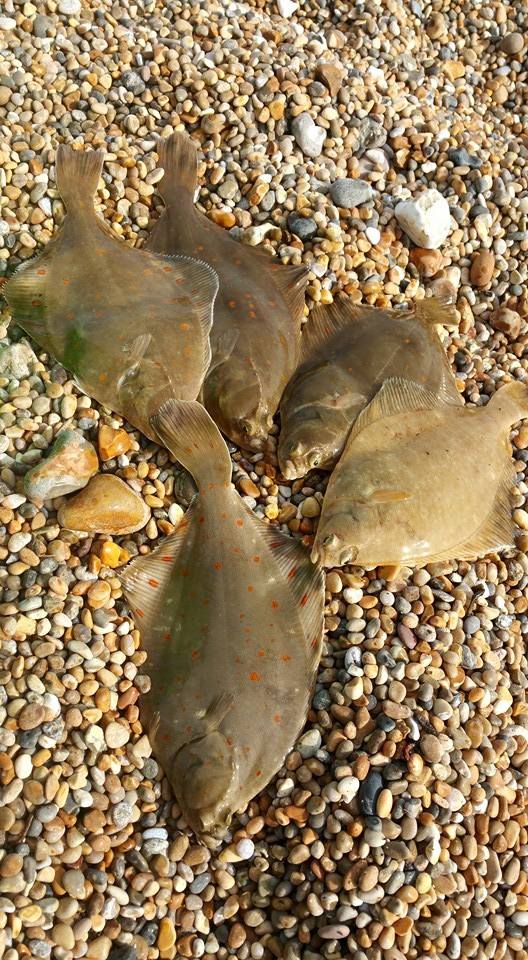 It is nice to see so many Rays being caught along the South Coast. The Solent is having its usual April run of big rays, but even in Portland Harbour they are turning up. I caught a small Thornback in 4m of water and only 60yds from the shore. It took fresh Peeler Crab which I was using on my lure rod dangled over the side of a boat I was working on. The Ray pulled my rod and reel over the side, but luckily it floated back up. It seems that I never learn from my mistakes. 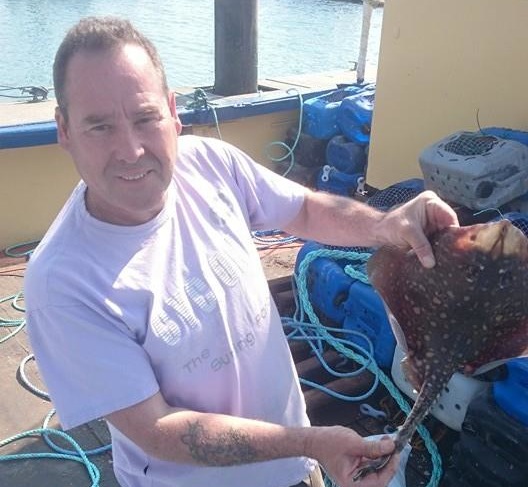 The spring run of Squid continues around the South coast. I have had reports of Squid attacking Dogfish in Chesil Cove and some big Squid coming from Boscombe Pier. Marc Stannard had this monster, along with a good few more. 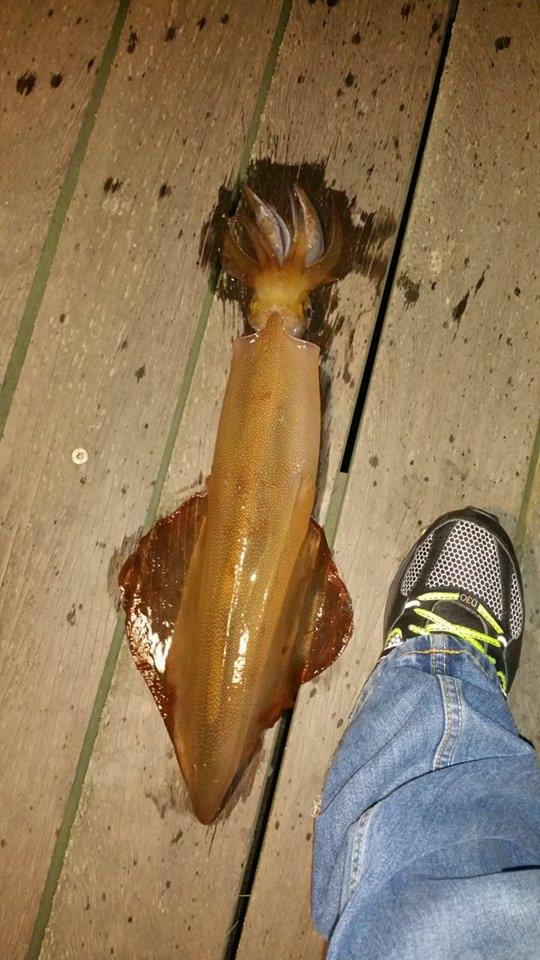 I know a few of you have been waiting for my video on collecting Peeler Crab, but I have been too busy to finish editing it. I will get it done for early next week.

Chesil Beach forecast: The Maywater is starting to build up, but whilst it remains clear conditions the PLaice and Mackerel fishing should be good. As I mentioned earlier the Ray fishing is improving. If you want to try for a Ray then use Peeler Crab, Squid, Mackerel, or my favourite, Sandeel. I usually fish for them on a long flowing trace with size 4/0 hooks.

One of my diver friends reported seeing Gurnard at the Portland end of Chesil a couple of days ago. Night tides will produce the normal Dogfish and Pout, with the chance of a Squid in the Cove area.

Portland: With stunning clear conditions the Wrasse fishing should be good. As should the Pollock fishing at dawn and dusk. Marks such as Chesil Cove pictured below, will produce both species amongst the rocks. 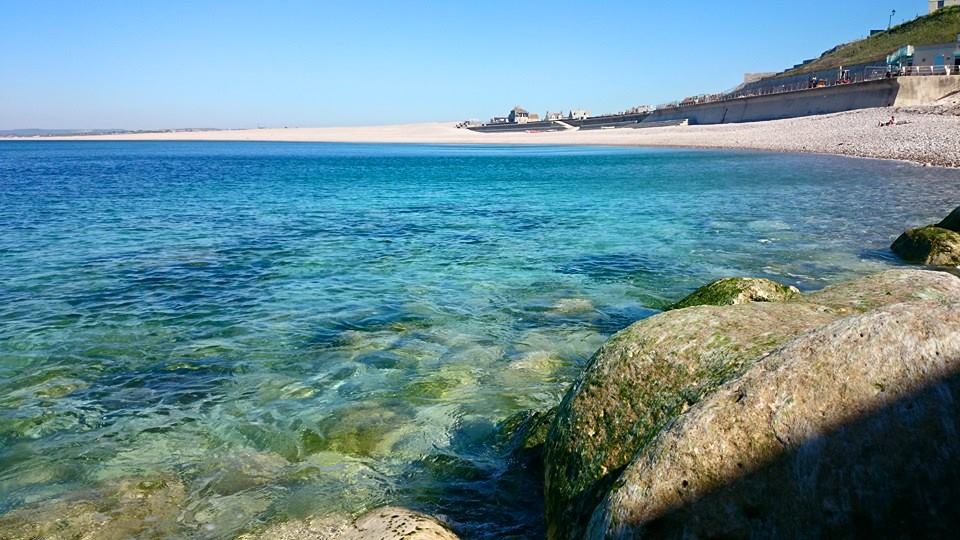 Portland Harbour: After a long winter, the harbour is waking up. I spotted loads of big Thick Lipped Mullet towards Castletown end of the harbour. Some of those fish looked to be around 7lb. There is always a chance of picking up a Thornback from Hamm Beach. I have seen fish over 10lb caught there in the past.

Weymouth Bay: I showed a picture of a Lump Sucker that was caught last week by one of the Weymouth Angling Society juniors fishing from the pier. I have since found out that a number of Lumpsuckers were released into Portland Harbour a couple of weeks ago, as part of a tagging and breading program. Lets hope we see more of them turning up. If you are lucky enough to catch one, please return it.

You should see some Mackerel, Pout and Pollock from the piers, as well as Squid at night.

SUBSCRIBE
When the wind is in the East, the fish bite the least! How long before the Bass and Bream arrive?