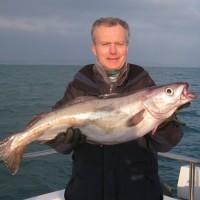 Plenty of Pollock being caught from the shore including the open beaches. Chesil fished pretty much as I expected it would this past weekend, with a few Codling, plenty of Whiting, Pout, Dogfish and a few Conger. I did hear of a nice double figure Thornback Ray come from Ferrybridge. The main surprise though, is the number of Pollock that have featured in reports. Numerous fish between 2 and 3lb, were landed all along Chesil, and from various rock marks.

Pollock fishing from the boats has also picked up, especially to the west and into Lyme Bay. A recent trip out by the Lyme Regis Sea Angling club from Lyme on board Ameretto IV, produced plenty of double figure fish. 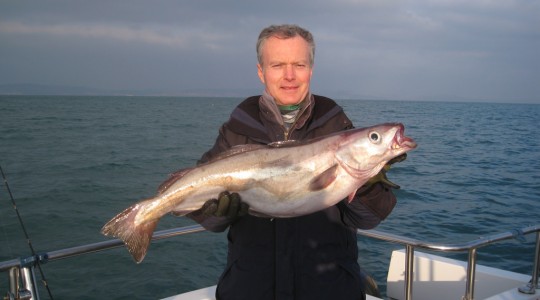 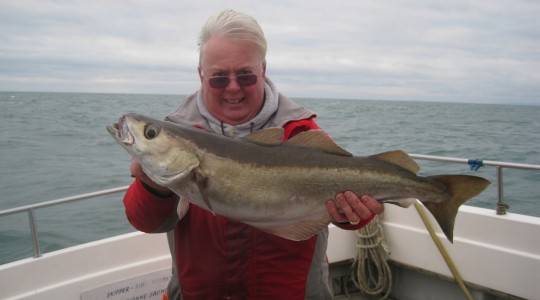 Chesil Beach forecast: Still expecting to catch plenty of Whiting, Pout and Dogfish, with the odd Dab at West Bexington and Abbotsbury. The odd Codling will show, but basically they are finished for the season. Rockling are beginning to show in numbers.

Portland: With plenty of Pollock on the open beaches, you can bet that the marks around Portland will produce some nice fish. I heard of several Wrasse up to 5lb caught over the weekend. One of the larger ones fell to a homemade soft plastic lure.

SUBSCRIBE
Flounder & Conger Bass get some protection – at last!

One Response to "Pollock a plenty!"