Fishing Tails > All Articles > Reports > Chesil Beach > In need of a fishing fix.
Will those Codling hang on for another weekend? Fresh fish of the week 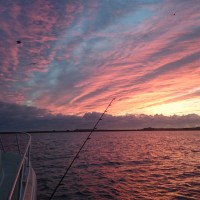 In need of a fishing fix.

The shore fishing has died right off. It was going to happen eventually, and I have been predicting that it would for a couple of weeks now. We have hit that time of year where the shore fishing turns really slow. Most of the Codling have gone and the Whiting are plentiful but small. The one fish that seems to be doing well from the shore is Conger. I am still hearing reports of some nice sized eels coming from various marks, including open beaches. This leads me to believe that they are either heading to their spawning grounds, or returning to their lairs.

The shore fishing may be poor, but the boat fishing is more than making up for it. Reports from all along the SW and into Hampshire indicate a great run of Spurdog, with large numbers being caught in a single session. It is not just Spurdogs, but some lovely Conger, Undulate and Blonde Rays from inshore banks and reefs. Dave McCune set a new Portland AC boat record with this lovely 15lb 13oz and 8 drams. Spurdog from a mark to the East of Portland. 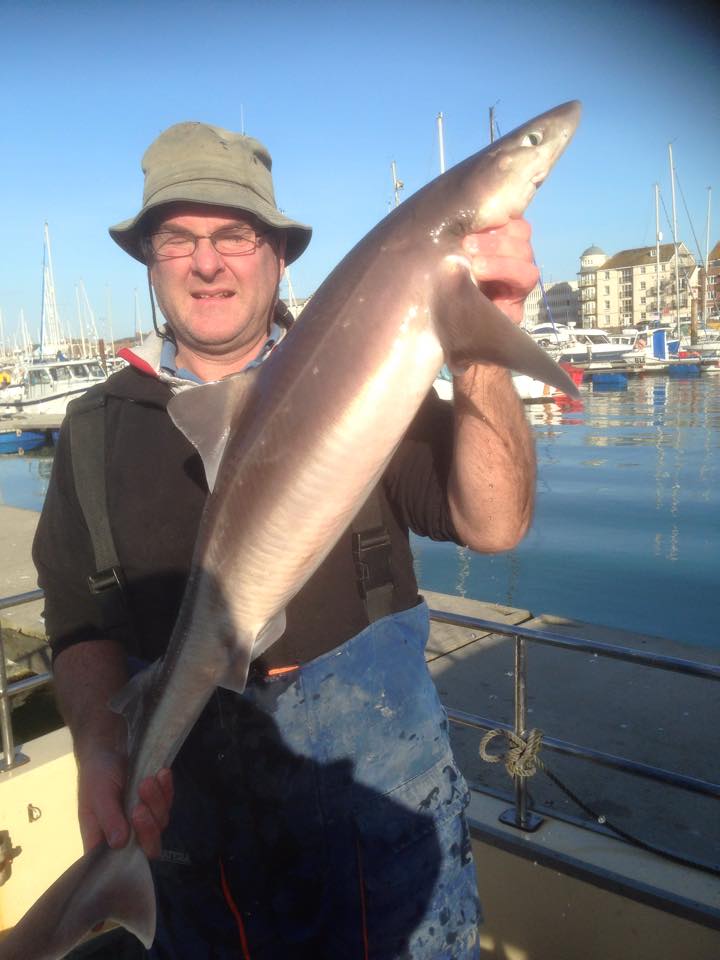 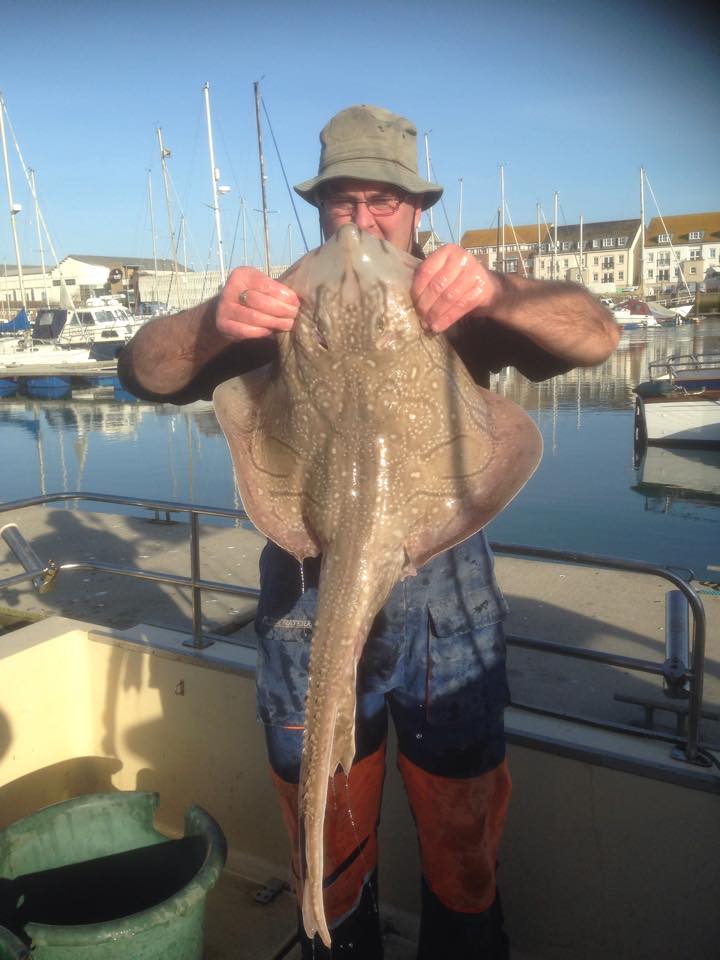 Take great care when you are handling Spurdogs. They get their name from two spurs or spikes that are situated behind the two dorsal fins (thats the ones on top). They can easily penetrate a flotation suit, as I have found out in the past. If you do get spiked with one, make sure you use an anti bacterial cream on any wound, as they can go septic pretty quickly.

Wreck fishing for Pollock is pretty good at the moment as well. Supanova went out of Weymouth yesterday, and managed to get into some nice action including this 16lb Pollock. 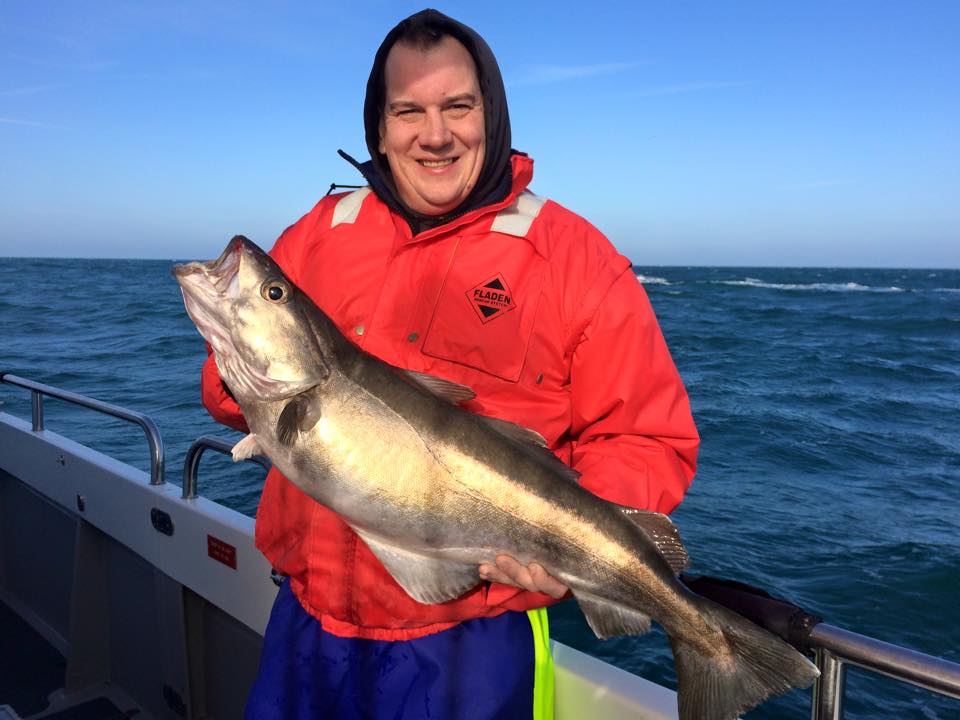 Although the boat fishing is fantastic at the moment, we are aware that it is not so easy for shore anglers just to go out boat fishing. As a rule you need a completely different set up for boat fishing, and it can be quite costly. Coupled with the fact that you are much more at mercy to the weather, than with any other type of fishing. So with that in mind, we will be running a number of features this week, highlighting fresh water fishing. We aim to show that you can use a lot of your existing sea fishing tackle, and for minimum cost, get out on to some local rivers and lakes and have a great time catching some sporting fish. We have been led to believe that our own Tech Guru Adrian, will be featuring in tomorrows Anglers Mail.

Chesil Beach forecast: With clear and calm water on Chesil most of this weekend, it is unlikely that you will see anything more than a few small Rockling and Dabs being caught during the day. However as soon as it becomes dark the small Whiting and Pout will be out in force, to strip your bait in seconds. If you are going to bother fishing Chesil, then use big baits. Cuttle fish will stand up well to the attentions of the small fish. As it happens I have just made a new video on how to rig a Cuttlefish and Peeler Crab cocktail. You can substitute the Peeler Crab for Mackerel, or simply use a larger section of Cuttlefish on its own.

Portland: Despite the low water temperatures the Wrasse that have remained are still feeding. They are mostly falling to bottom fished Crab and Ragworm baits. Lure fishing for Pollock has been reasonably successful on these big tides. As usual dawn and dusk are the best times.

Portland Harbour: Fishing from the shore in the harbour is almost a waste of time at the moment. However if you have a small boat, or even a Kayak, and you are looking for some safe and sheltered fishing, then you could do a lot worse than Portland Harbour. You don’t have to go out for to get into much deeper water. This deeper water can be good for large Thornback Rays and some Codling. A drift over the Hood entrance will almost certainly produce Pollock and some Wrasse.

Weymouth Bay: The harbour is still producing Flounder, though that is slowing down. Both piers will produce small Pollock, Whiting and Pout, and you always have the chance of a Wrasse during the day.

SUBSCRIBE
Will those Codling hang on for another weekend? Fresh fish of the week