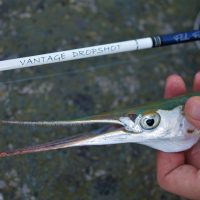 With dropshotting as popular as ever, I was intrigued to see what this very reasonably priced rod from Fladen could bring to the table. Stop wait I said the F word, for a long time Fladen has been associated with cheap, almost disposable tackle but recently there has been a shift in focus, with the company following hot on the tails of their more fashionable competition. The tackle quality has improved, there has been more innovation and less imitation, plus they’ve added some quality anglers to their sponsorship roster, for example Nathan Edgell aka “Adventures Of A River Piker”. This gave me cause for optimism when it came to testing out this rod. 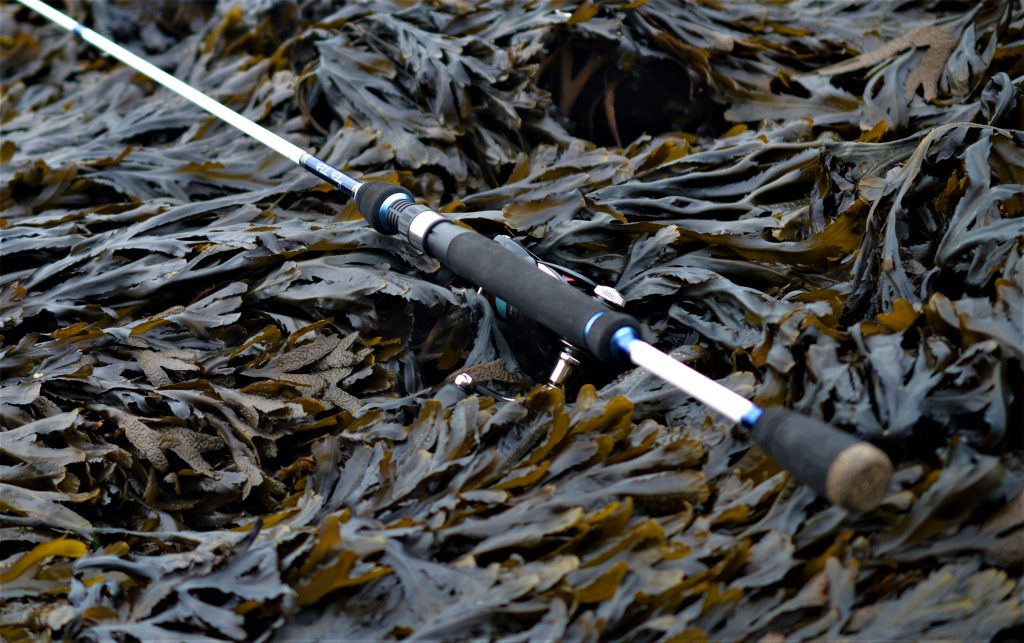 The rod follows the modern design trend, looking quite at home on the rocks.

As I have mentioned, in classic Fladen fashion, this is a budget rod. For a very sensible thirty pounds it could be yours. With a casting range of five to twenty grams this particular version, they go up to thirty two grams in the range, neatly encompasses LRF/finesse fishing whilst also being able to handle larger lures. This fits soundly with my angling preferences, I’m not often casting anything much heavier than fifteen grams even when targeting large predators like pike or bass. So in theory, this is a rod that should suit me to a tee.

Aesthetically we’re not off to a great start. I’m not a fan of the white and blue design, it looks a little cheap in my opinion. Perhaps I’m shallow but I like my rods with darker, classier colour palettes. The butt and reel seat design are an improvement though, using the modern spinning rod design, with a small, bulbous grip at the base to provide counterbalance.
Although the fittings are obviously inexpensive, the reels I used (small 1000 and 2000 sized HTO and Daiwa models) fitted snug and secure. With fairly large eyes all the way to the tip, they don’t particularly complement the design but they are very braid-friendly. I will say that a lot of this rod’s competitors have similarly large eyes, so I can’t berate Fladen too much, it’s just not a design I like, however practical it may be.

The white and blue isn’t to my taste, but it does stand out from the rest of the market.

Let’s move on to the truly most important aspect here, how does it feel to fish with? This is where this rod really starts to show it’s worth. It’s very light in the hand and you could easily fish with it all day. It has a fast action, which is expected in a dedicated dropshot rod, with a very sensitive fibreglass tip.  In use I found this to be excellent in picking up even minuscule bites, I caught a tiny sand goby and could feel every miniature attack on the lure beforehand. For a rod that is more than just about finesse fishing, this is a fantastic trait to have. 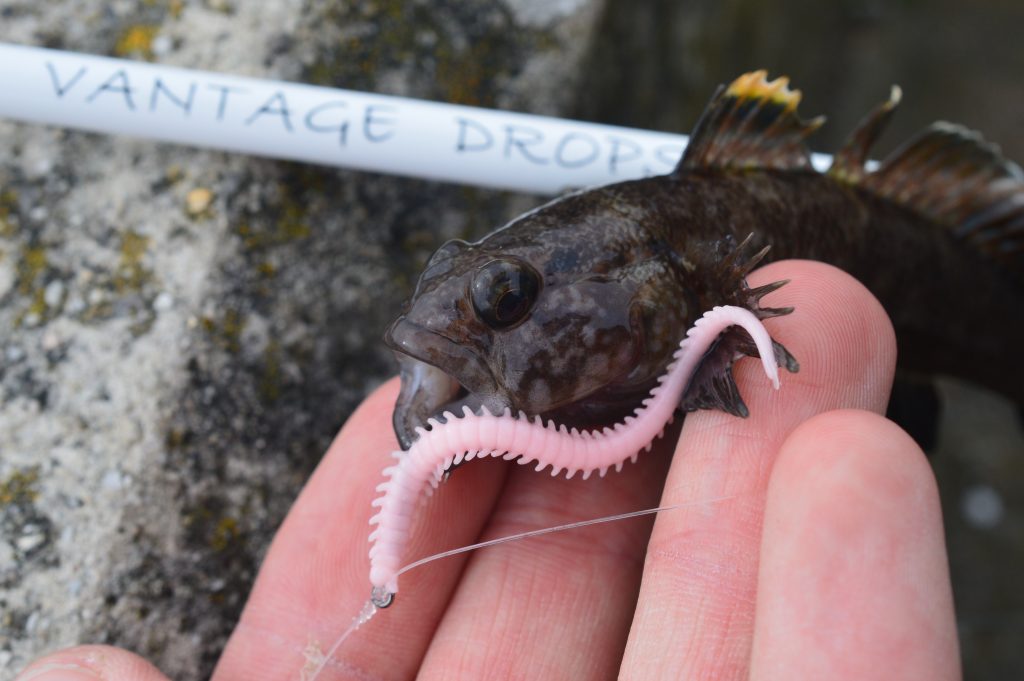 I was impressed by the sensitivity in picking up bites from the mini-species. Although this rock goby wasn’t exactly shy!

Casting a dropshot weight of seven grams felt effortless and accurate, with excellent distance. I did test the rod out with a bulkier twelve gram Effnet Kick S Minnow and lost that accuracy a bit, but I would still be comfortable casting a lure that weight all day on this rod. Working the lures, either on dropshot or with the heavier shad lure, I felt connected and in control. These are two very important factors in lure fishing, so that pleased me. You are not going to get the power of a high price tubular model, that’s a given, but the rod still had enough backbone to give me confidence.

My intentions whilst testing this rod were to fish around the harbour and hope for a flounder or a mullet to test it’s capabilities. Although both of those species were absent in my catches, I was lucky enough to be treated to the sight of baitfish leaping from thin toothy beaks – garfish! If any species could provide the variety of fighting styles to truly test the rod it would be a gar. Garfish require a rod to be sensitive to takes, strong to set the hook and flexible in the fight. These fish leap, dive and do everything in between. I couldn’t have planned it better. 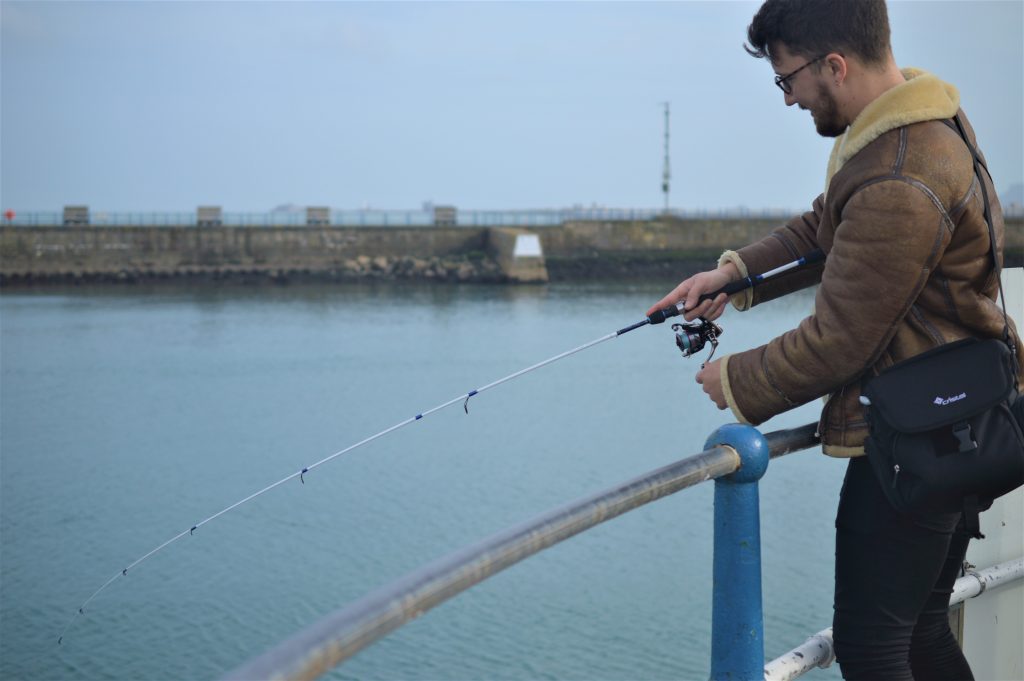 The smile says it all here…

I decided that I could use the dropshot set-up like a miniature one hook feather rig, using an inch of Isome as my makeshift feather. The fish were far out and this really tested the Fladen’s casting ability, a test it passed with flying colours. I reeled the line in fast but with lots of pauses and twitches, really making that imitation worm come alive. The rod held up well, showing it’s qualities and the garfish obviously agreed. It’s such an exciting sight to watch them harry and chase the lure in packs. In classic garfish style I lost many more than I landed but the fights were excellent fun. My favourite fish was the one pictured, it leapt from the water four times, true heart in mouth stuff! Taking line and really giving everything in the battle. The Fladen stayed strong though and I subdued it in the end. With an ability to tame garfish without sucking the fun out of it, that’s a pass from me on the fighting front. 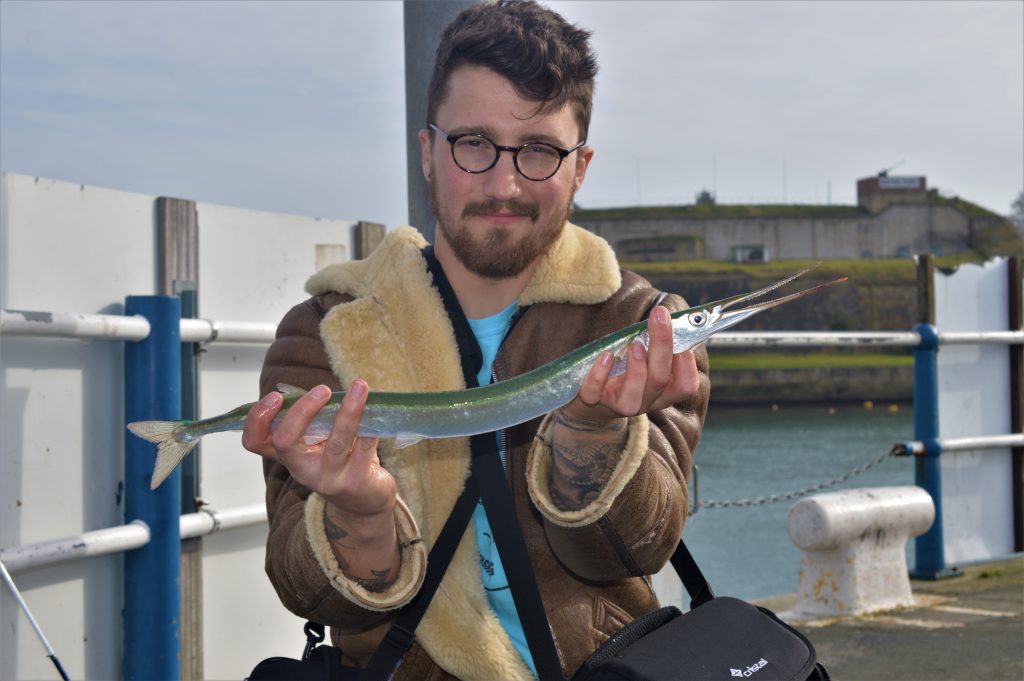 They can be an absolute nightmare to catch and handle but I love these fish.

In conclusion, the Vantage Dropshot’s success is in it’s versatility, the sensitivity to fish LRF and the backbone to step up to HRF where needed. It’s a rod that is ideal for targeting perch or trout, yet will also handle a medium sized pike. Though it’s not as fashionable these days to have an ‘all-rounder’ rod, for the lure angler just starting out or on a budget, I can certainly recommend what Fladen have come up with here. Design wise they aren’t matching the (pricier) likes of HTO, but I would argue it’s a more complete rod than some of the other budget manufacturers, for example – Okuma. In the grand scheme of things, it’s a three star rod, but for the price there probably aren’t many out there that can match it. 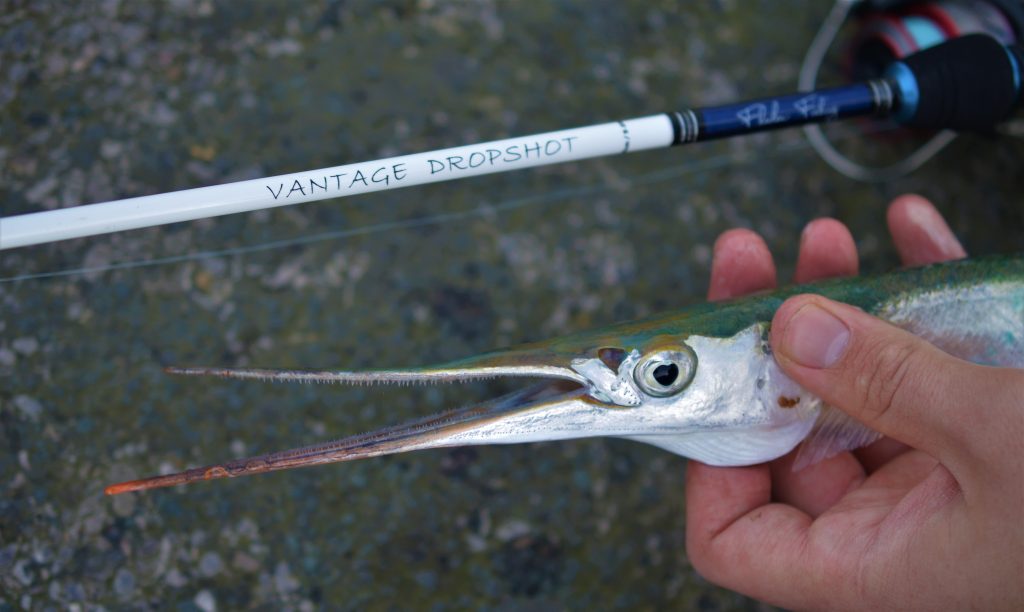 As always, thanks for reading and hopefully this review has been of some help.

If you enjoyed this post then take a look at my blog here.