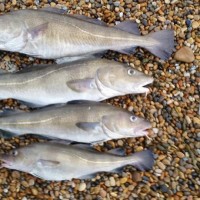 Lets start with the good news! The weather did break for a short period yesterday morning and a few lucky anglers managed to get on the beach at just the right time. I did manage to fish at Abbotsbury, but I could not get through the huge packs of Whiting and Dogfish. Pennel rigs were coming back after a few minutes with two and even at times three Whiting attached to them. Even using whole Squid as bait, did not deter Dogfish from hanging on.

Others faired much better with Chris Buxton and his friends Craig Pope and Richard Dean managing a few nice Cod, with Craig catching a lovely Bass as well. 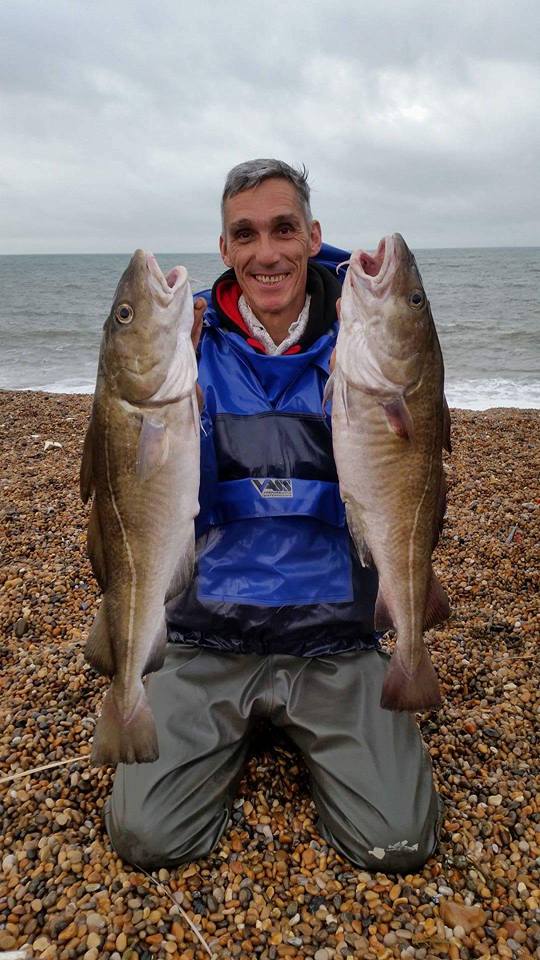 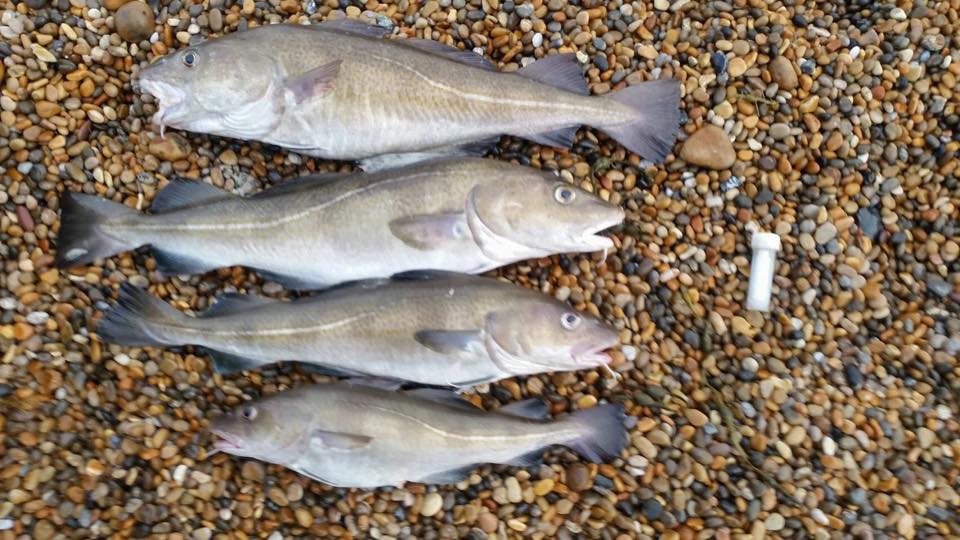 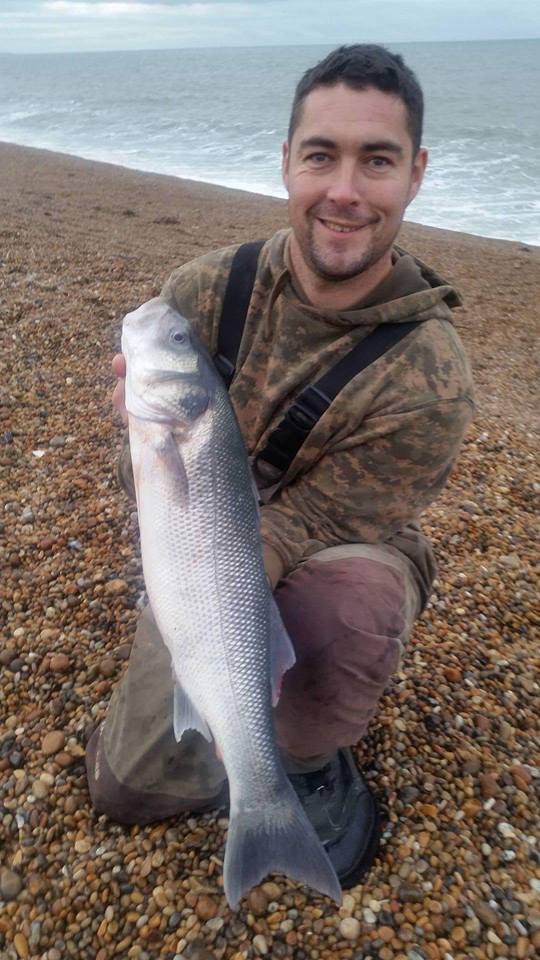 I know that there were Cod caught all along the beach, with some nice fish around Ferrybridge. The gap lasted a bit longer than I expected, so it was worth the effort to get out on fish.

The bad news is it looks like Chesil will be unfishable this weekend, due to strong SW winds. There may be a very short window first thing Saturday morning, but it will only be fishable by long range casters, if at all.

More news that could be taken as good or bad, depending on your way of thinking in the form of the European Commissions latest proposals for Bass fishing. The following is an extract from their latest press release:

Sea bass is a special case: real management measures for sea bass were only put in place in January 2015 and catch limits were only put in place in June 2015. The Commission is therefore building on the measures taken in 2015 to halt the dramatic decline in this important stock. Today’s proposal includes a complete fishing ban for commercial vessels and recreational anglers in the first half of 2016. For the second half of 2016, the Commission is proposing a monthly one tonne catch limit for vessels targeting sea bass, and a one fish bag limit for recreational anglers. It is also proposing to maintain the closure for commercial fishing around Ireland.

This proposal has not yet been formally accepted, but it goes to show the commissions present thinking.

While we think it’s great that the EC is taking action we are concerned that these actions will not be enforced or communicated in any meaningful way! Our recent survey shows that many anglers do not know the current MLS  of our most common fish (Cod, Mackerel,Bass and Plaice) with respondents on average scoring 54% in our MLS quiz. This shows the message is not getting through to the people on the beach and worse still there seems to be no enforcement of the rules for even the most blatant of offenders. Even more worrying is the great deal of outdated information we found while researching this subject on organisation web sites which should do better. All very well meaning but without an organised education campaign backed up with effective monitoring this will only hit responsible anglers and not the worst offenders.

Portland: Very Rough on the West side and a large swell on the east with coloured water.

Chesil Beach forecast: With the exception of a very short possible window on Saturday, CHesil will be unfishable all weekend.

Portland: Big swell and coloured water will make the West side all but unfishable. However shelter can be sought on the East side with the chance of Pollock, Wrasse, Bass and Conger. A lot will depend on how coloured the water becomes. I have often been tempted to fish the high ledges at Chine for a Cod. If the wind persists for a long period, I may well give it a try.

The beach at Church Ope will have a fair bit of surf from the swell. It is worth trying in the breakers for a Bass. As usual large baits work best. A full Squid or Mackerel head is a good choice.

Portland Harbour: With large tides this weekend the harbour is a good option. Bass fishing on lures for a large autumn fish is my first choice. Those that don’t like lure fishing then a whole Squid is normally the best alternative.

Flounders can be caught all over the harbour, but due to the windsurfers that will be around, I would opt of Sandsfoot Sailing club and castle area.

Weymouth Bay: Despite the water being a bit coloured there has been some nice Squid caught from the piers this week. I can see no reason why that will change over the next few days. Dusk and into darkness are the most productive times for the Squid. However if you turn up during the day then you will have lots of other species to target. Some large Whiting have been caught there, as well as the odd PLaice.