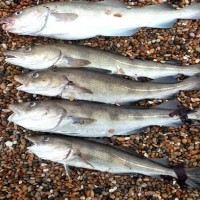 I promised you earlier in the week, I would update the site as things changed, and windows of opportunity arose. Well you don’t get much more up to date than a report that I am writing from the beach right now.

Conditions were perfect yesterday, and we will talk about them in a moment, but right now the beach could not be more different. As you can see from the picture I have almost the whole beach to myself, and it is flat calm. Unfortunately the colour has dropped out of the water, leaving it almost clear. I was not expecting the colour to change so rapidly. 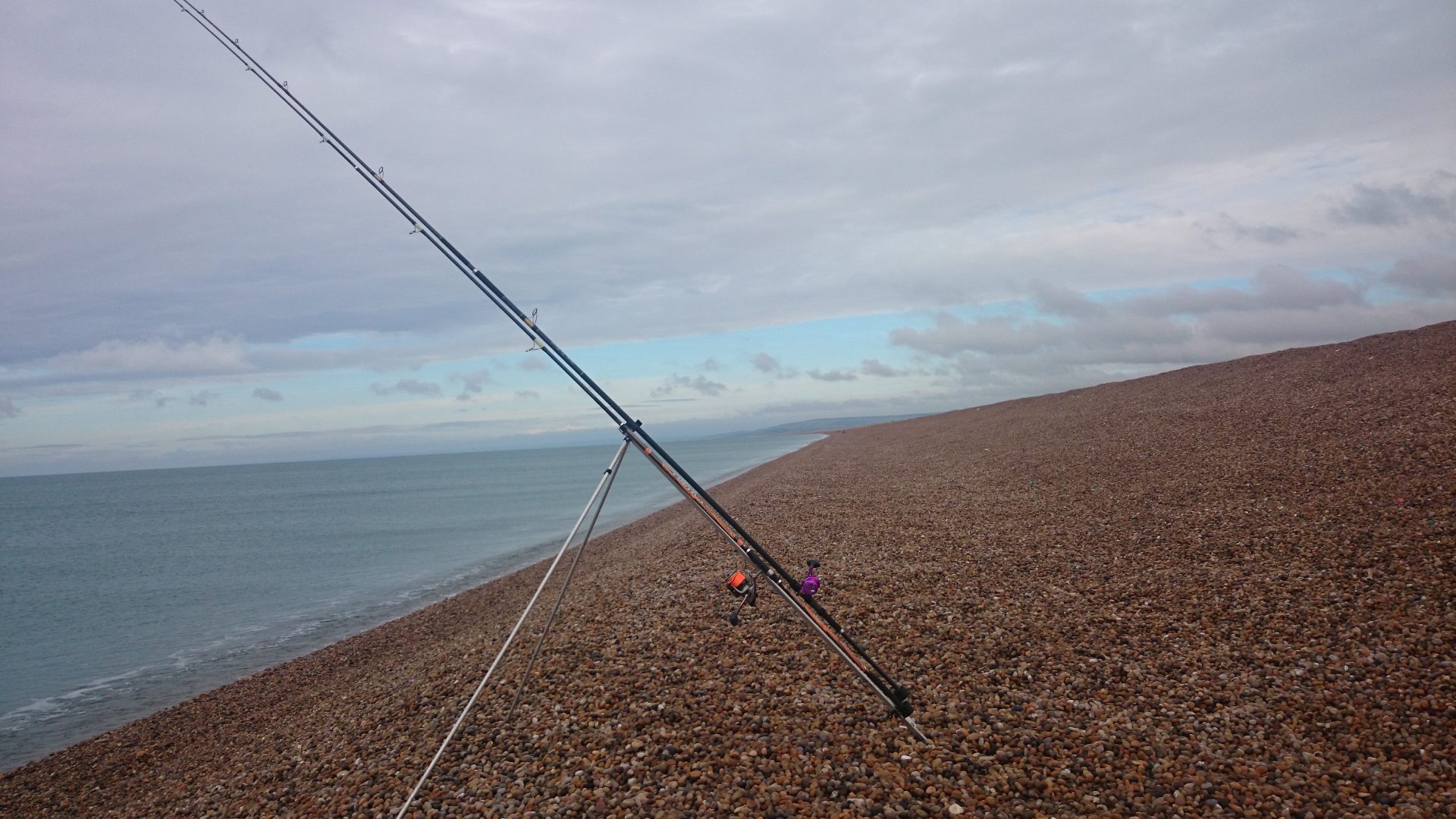 Don’t let this put you off too much, as I believe that there is still plenty of food in the water to draw the fish in. I have already lost one decent fish on the first cast, and had a hit on the second rod, whilst trying to retrieve the first fish. The fish took the rig down tide and managed to find a snag, which I couldn’t get out of.

I am using Scollop frills on one rod and the other is baited with fresh Blag Lugworm, which I got from Abbotsbury Tackle. It seems Tom at Abbotsbury Tackle was the only one to predict the window in the weather and made an effort to get fresh bait. Both rigs are Pulley Pennels, with a 2/0 Kamasan on the top and a 4/0 Kamasan on the bottom. I have clipped them behind one of the brilliant Gemini Tackle splash down leads, which I use for most of my clipped down fishing now. 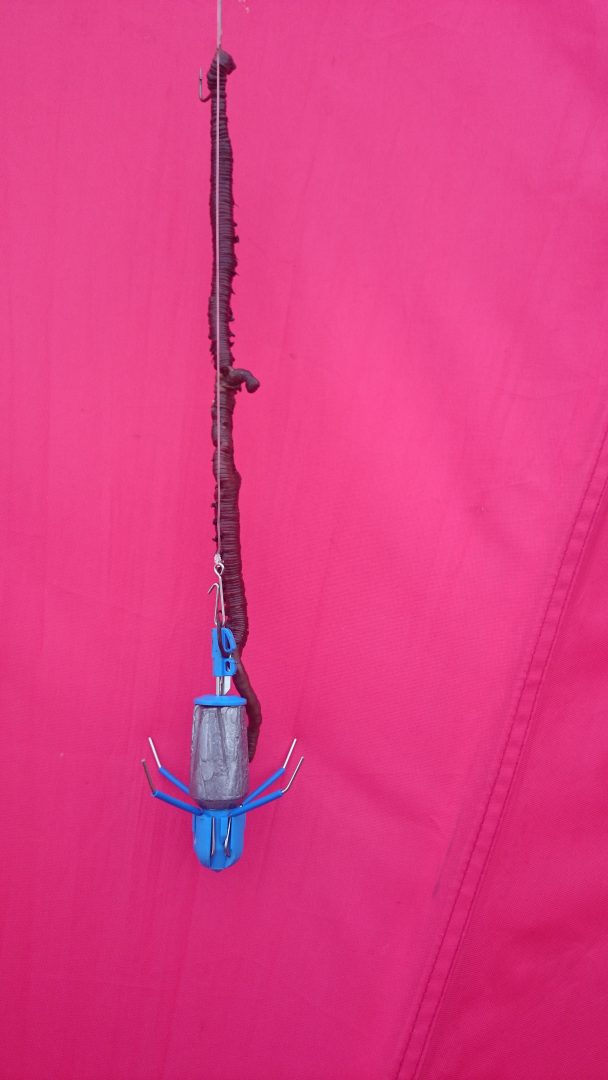 The weather broke yesterday as predicted. I made a bad call and headed to Hive beach in search of a big Bass, rather than a Cod. What I hadn’t counted for was the weed sitting on top of the reef to the left of Hive, was being ripped off in the rough sea and ending up floating in the water. This made it almost impossible to fish.

Others made a far better call, with reports of Cod from Abbotsbury all the way to Chesil Cove.

Robert Raybold had 14 last night with largest going 7.5lb. All caught on Lugworm from Abbotsbury. 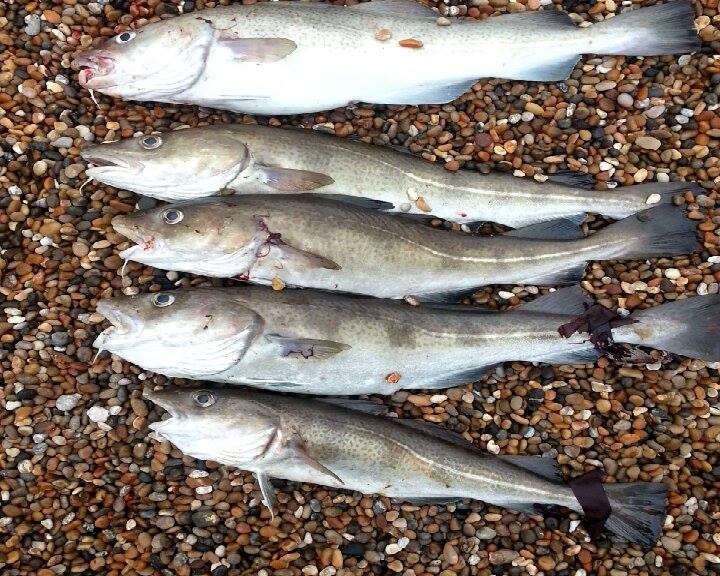 Simon Harris from Weymouth had some nice Cod and Bass for his efforts. 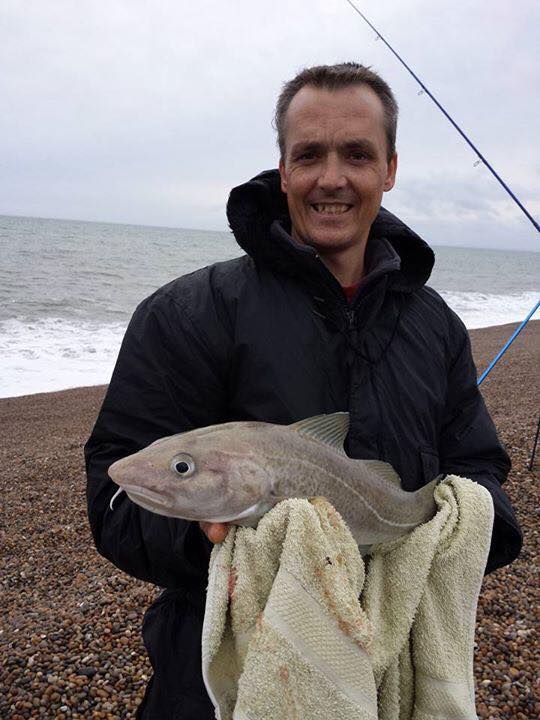 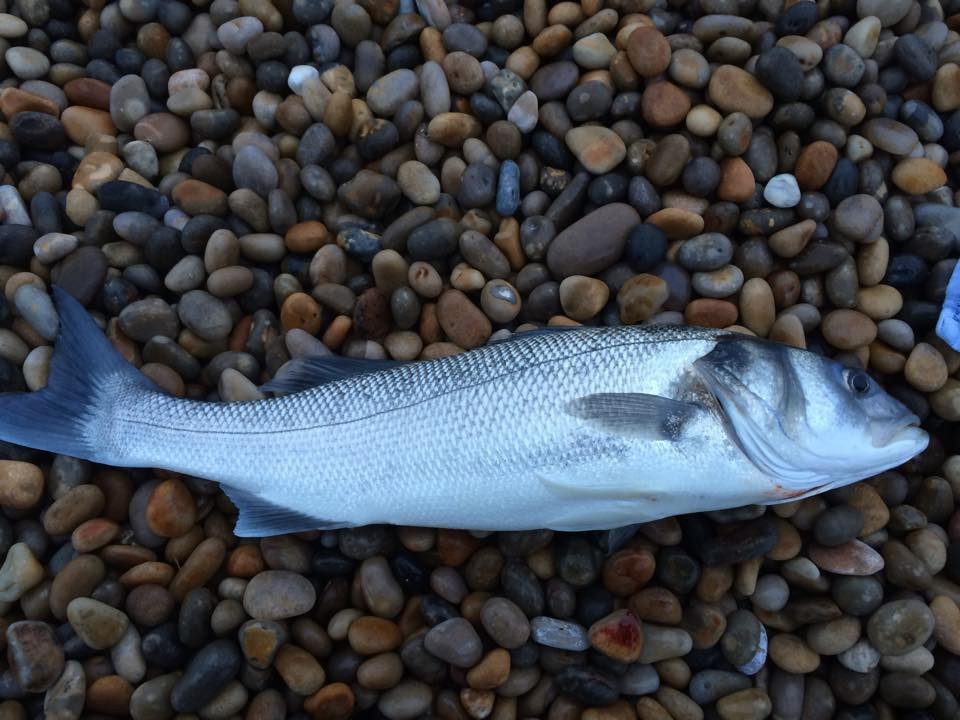 Well done all that caught. I hope the fishing is good today, but I see a big band of rain coming in for the next couple of hours. Conditions for the next few days look good, so I will keep the updates coming. For live updates, have a look at my Facebook page.