Fishing Tails > All Articles > Reports > Poole Harbour > Flounder and flying gaff’s
It’s all about the Bass. The reality of a 6 month ban What a week 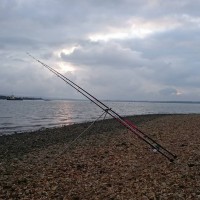 It’s a double edged sword living so close to Poole Harbour. One the one hand it’s a nightmare when your at work and the weather is glorious and you know there is fantastic fishing waiting to be had. On the other I can look out of the  back door glance at the weather and in minutes be taking advantage of these small windows of opportunity like we’ve had this weekend.

It’s one thing to have nice weather but will the fish be biting too? 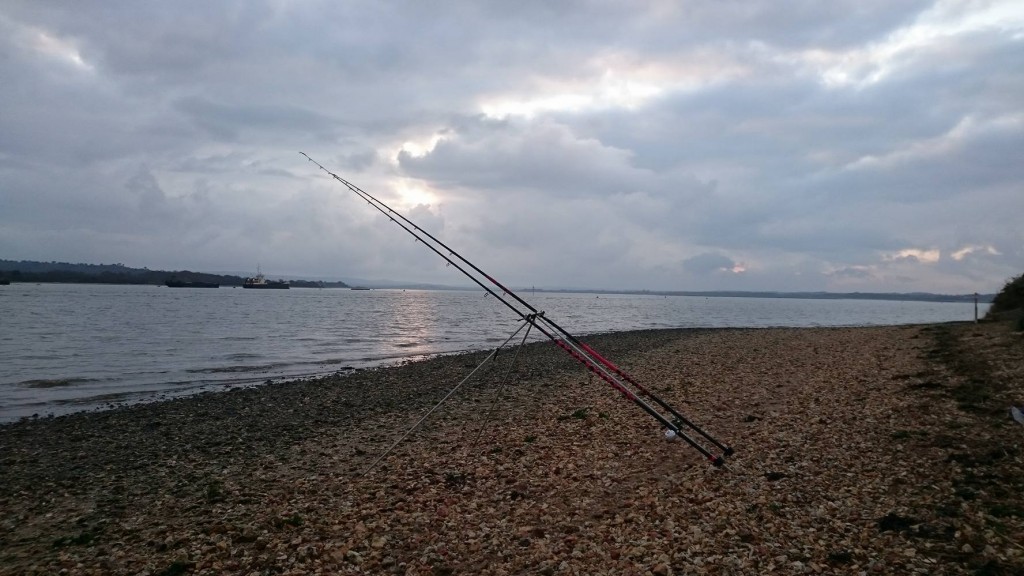 Friday saw me at Lake pier beach, on my own, the beach was deserted . With two hours left of the flood until high tide I had three rods baited with ragworm one cast long, one medium and one close range. The distance rod had a single clipped down rig, the other two had pop up rigs. The weather forecast was spot on, light wind with heavy cloud.
After a few changes of bait, sharp rattles on the close in rod told me the school bass were around again. “Great!” I thought! Well at least I was catching. A few schoolies later the close range rod nodded twice, that’s no bass bite! A flounder for sure.
Flounder bites are generally left to develop. The old saying was if you get flounder bite”roll a fag, smoke it”, and then reel in to investigate! The result was a plump little flounder covered in orange spots. Definitely a flounder though by its dark drab colouration. 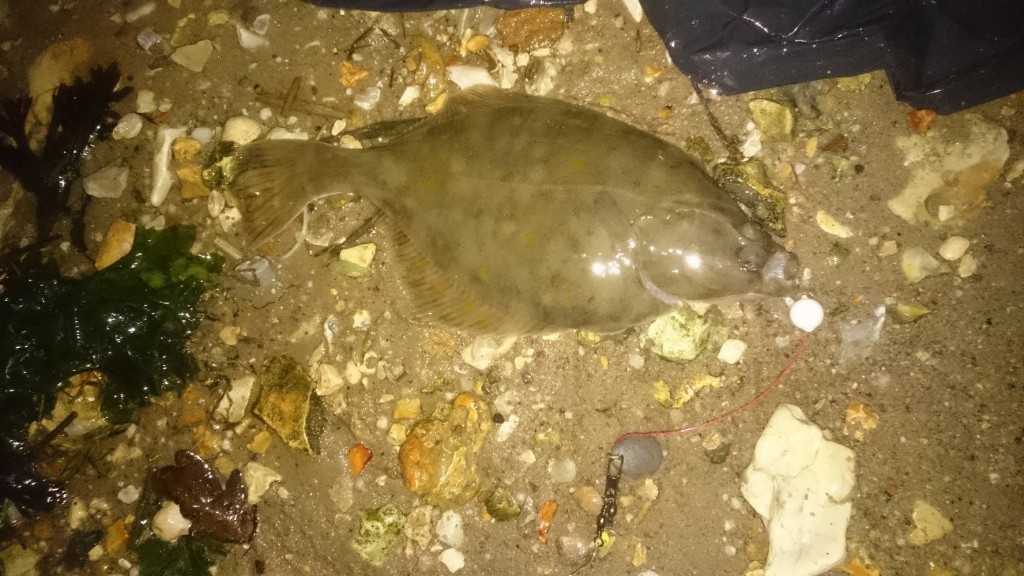 That was it after that not even any more bass as the tide eased off towards high water. Sunday was a very different prospect, again good weather but lake pier beach and carpark was packed. A kayak match with at least thirty to fourth kayaks filled the small bay as well as a beach fishing competition by the pop-in sea angling club. Luckily I was able to squeeze into my favourite spot and set up exactly the same as Friday. 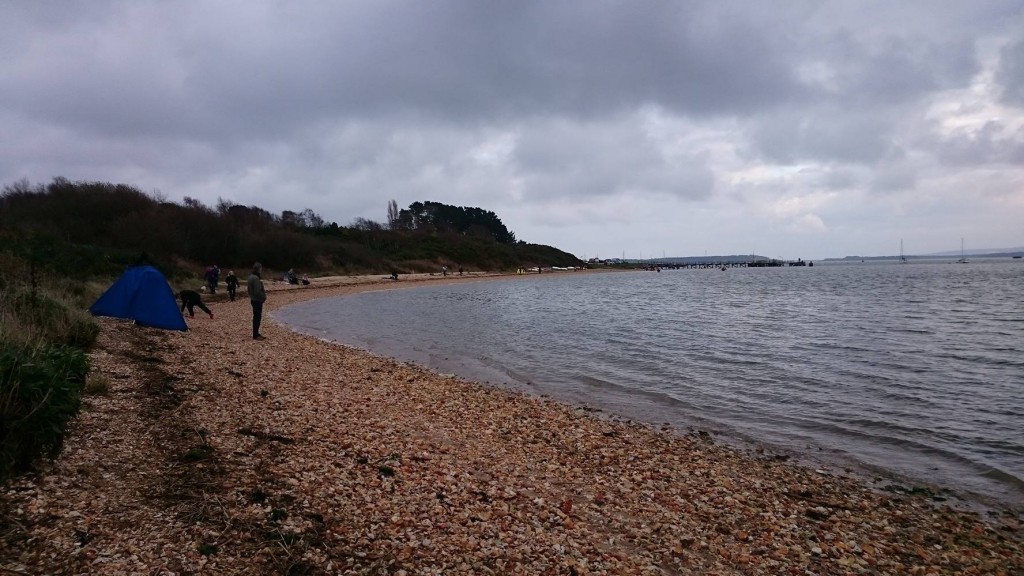 Unfortunately I had missed the best parts of the tide so I wasn’t hopeful but it was just nice to be fishing again in pleasant weather. Not even the school bass were biting for me.
It would seem the kayakers didn’t fare much better than me., though the beach competition was won with a bag of three flounders the best just under 2lb.
All in all not the best in fishing terms but I think it was good to make the most of the pleasant conditions.
On a word of warning. I have been using zip sliders on my pop up rigs. These are great little devices. However they cannot stand any heavy casting!!  The weight links simply snap off.
In future I will be using American snap swivels on these rigs! 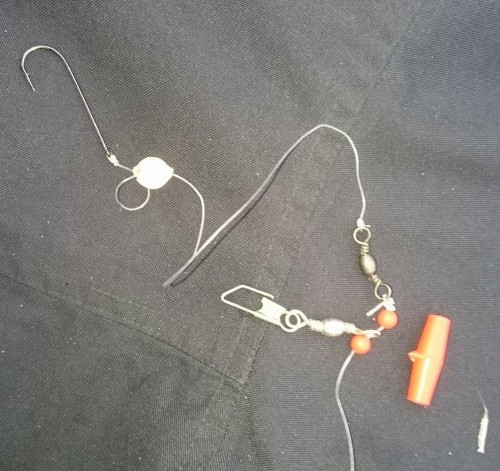 Flounder are starting to be caught on all the harbour marks. Though I still maintain its still not cold enough for them. We may not see them in good numbers until the new year!

The purbecks have had mixed success. Steve Perry fished the area on Friday landing a strap conger.
When I spoke to him he had said how he struggled to land any larger fish from high rock platforms and how a flying gaff would be advantageous in those situations.
With my welding and fabrication background it was no problem between us to design and build such a piece of equipment for that job.

Here was the result.

A three hook gaff that slides down the mainline over the weight and onto the fish’s head. Thus avoiding any vital organs of fish like Congers.

Steve was more than impressed with the finished product. Commenting that it’s good to know somebody who can fabricate and knows how to put that knowledge into fishing use.
With this in mind as well as offering guiding services around the area. I am also offering a bespoke welding fabrication service for marine/fishing applications.

SUBSCRIBE
It’s all about the Bass. The reality of a 6 month ban What a week

9 Responses to "Flounder and flying gaff’s"