Fishing Tails > All Articles > Reports > The Solent > Fishing on the Isle of Wight
A funny old mix! A quiet week on the beach. Not for the Fishing Tails team! 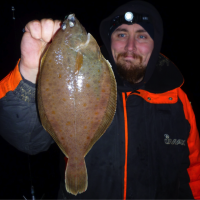 Fishing on the Isle of Wight

The end of November saw us heading over to the Isle of Wight, the place where I grew up, to fish with two of the Island’s finest anglers, Adam Landy and Martin Kennedy. This was a fishing session I had won in a charity auction (supporting the RNLI and Marie Curie Cancer Care) so the cash raised went to a good cause, and Rich and I were getting to fish somewhere I had longed to return to fish.

Two night sessions had been planned, so on the Friday afternoon it was over to the Island, check in to our room at the Wight Mouse Inn and prepare for the first evenings fishing. It was cold and clear and the strong northerly wind eased off nicely as night fell. Adam met us out the back of the Wight; this is the south-west side where the Military Road runs right along the coast. We met at Brighstone at 11pm. We made the short walk down through the chine and holiday chalets and onto the steeply sloping shingle beach and found that we had the beach to ourselves; it was clear and the stars and moon were shining bright. 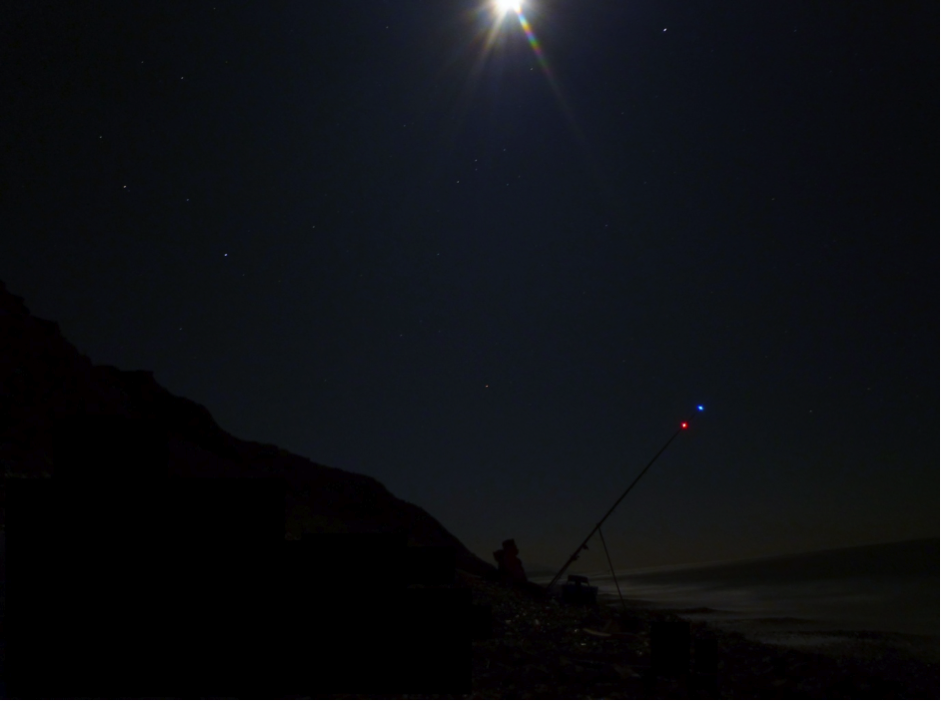 We set up two rods each, with a flapper rig on one rod and a large pennel pulley on the other. Baits were mackerel, squid, lug and bluey. Bites were present from the start on the flapper rigs. Eventually I connected and brought in the first fish of the evening, a small pout of a couple of inches.

More mackerel and squid baits were flung out, with Rich opting for a large mackerel chunk on his pennel rig. The next thing he knew, there was one big pull on his rod. He picked it up and felt another tug, so he picked the rod up, struck, and wound in to his first fish of the night, a lovely sized pout.

Adam at this point, came over with his camera asking “What’s your personal best pout?”, to which Rich replied with a big smile on his face, “You’re looking at it.” It weighed in at 1lb 5oz and what a fantastic PB. 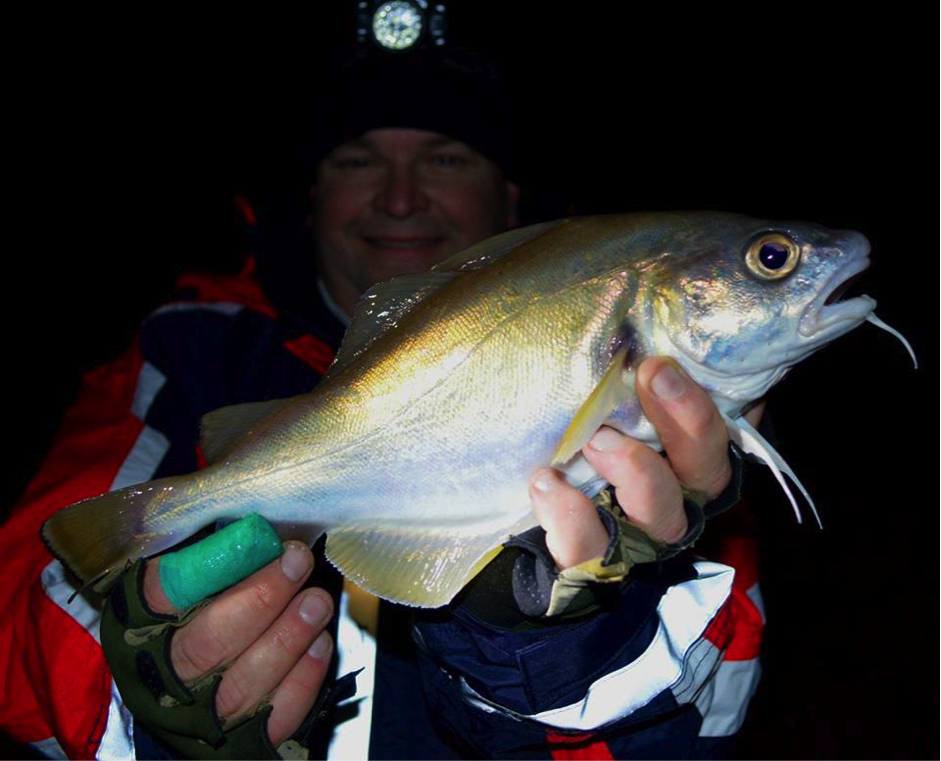 We continued to fish an assortment of baits and more pout were caught. Adam had a little pout on the big baited hooks he was sending out.

Towards the end of the session I had two double-shots of nice sized pout and then it was time to pack up, climb the hill and head back to our beds. Final tally for the night, me with six pout and Rich with five. 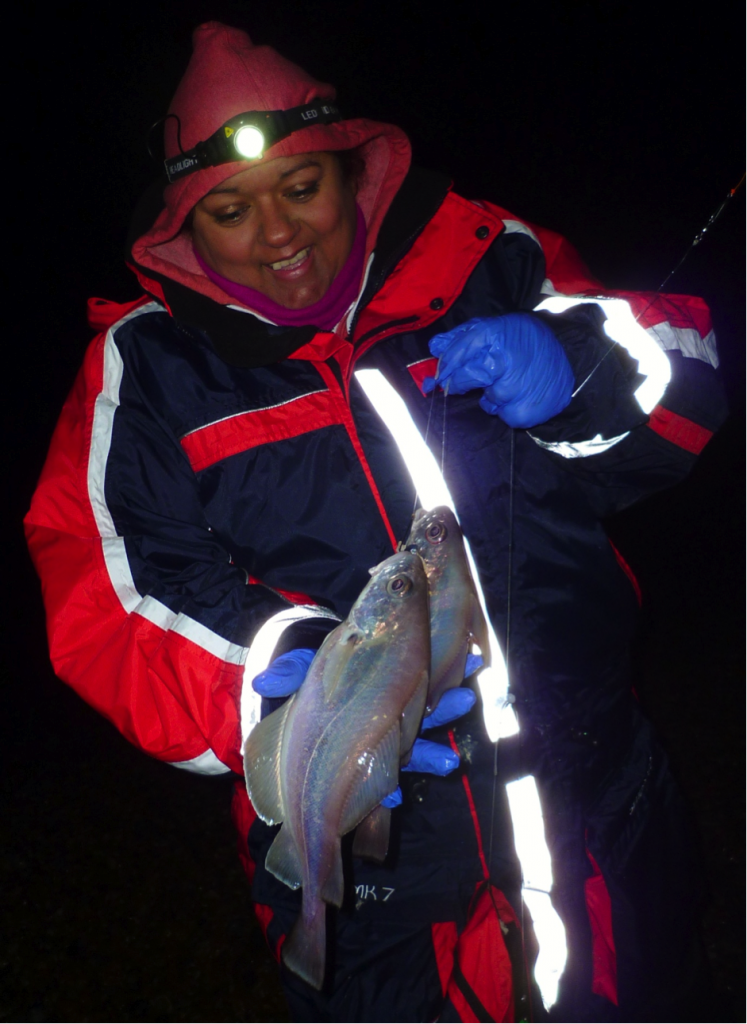 Saturday night saw us meet up with both Adam and Martin Kennedy. It was the night of the 22 Hour Open Beach Competition on the Isle of Wight and Adam and Martin knew that most beaches would already be crowded out with anglers fishing the comp. They decided upon Yaverland Beach in Sandown on the south-east of the Island as our venue for the nights fishing. What a difference from the previous night, flat sand and shallower water, but a venue that could offer up the chance of a flattie, rays, pout and bass.

We set up with the moon rising over Culver Cliffs to the east and waited in anticipation for our first bites. The same rigs and baits as the previous night were used, as well as some ragworm. 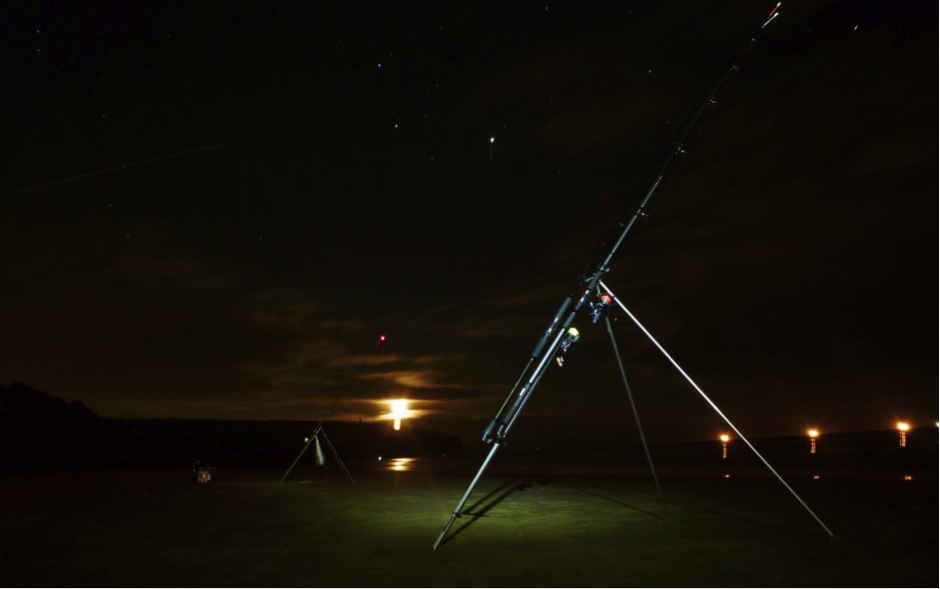 It was a slower night than the previous night, but reports were coming in from around the island, including further down the same beach of very few fish. Martin was the first to catch, with this little turbot. 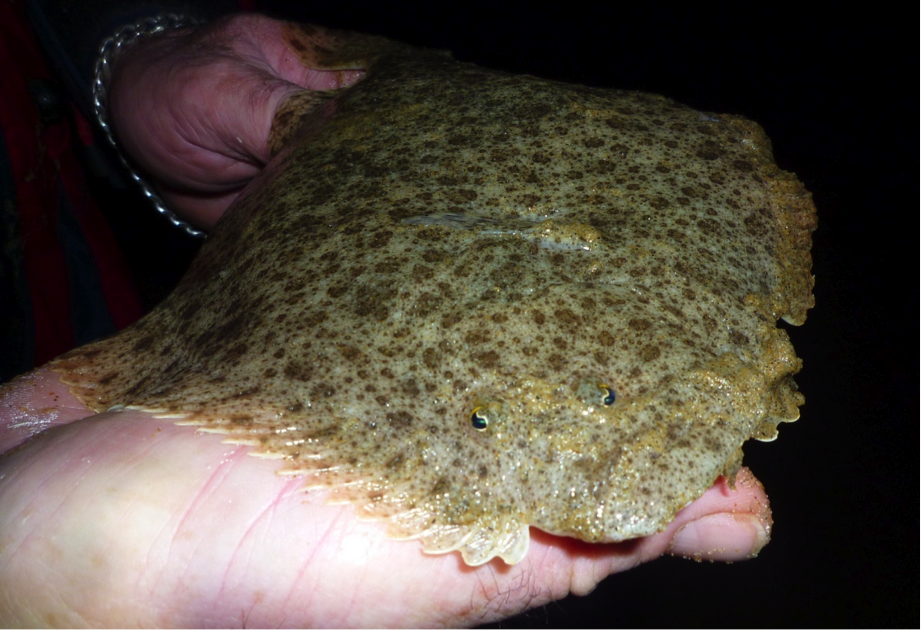 Adam and I both had some small pout, followed by Adam with another turbot and Rich with a flounder. 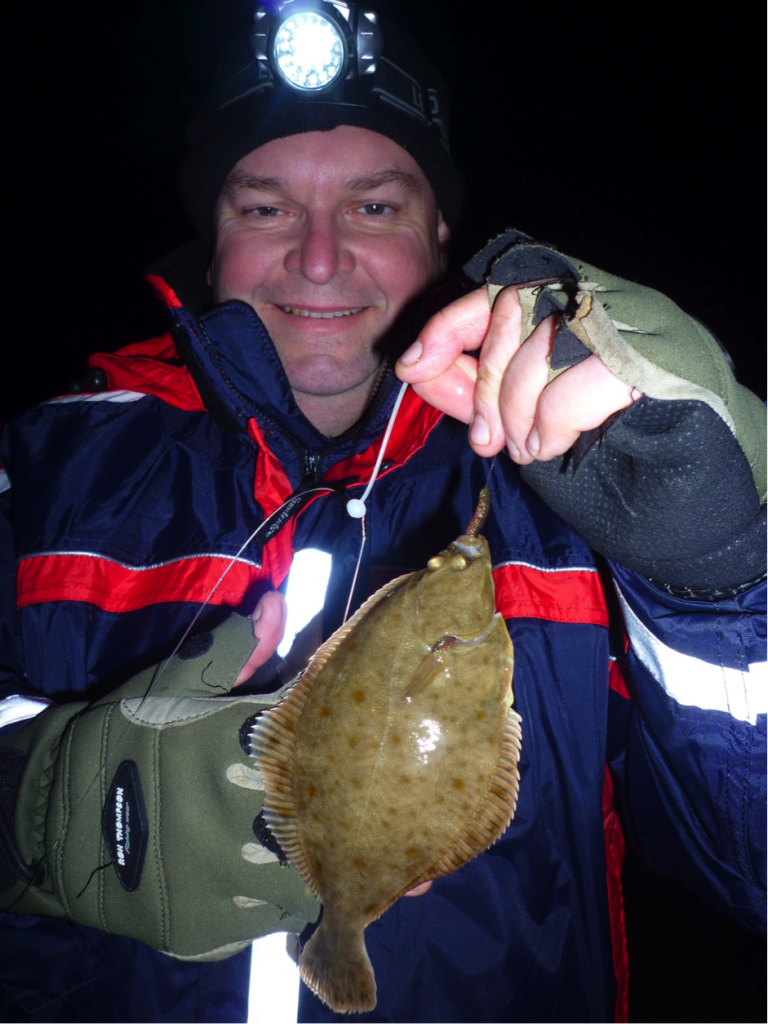 Finally, the last fish of the night went to Adam with what we thought was a flounder, then a plaice, then a dab. What do you think it is? 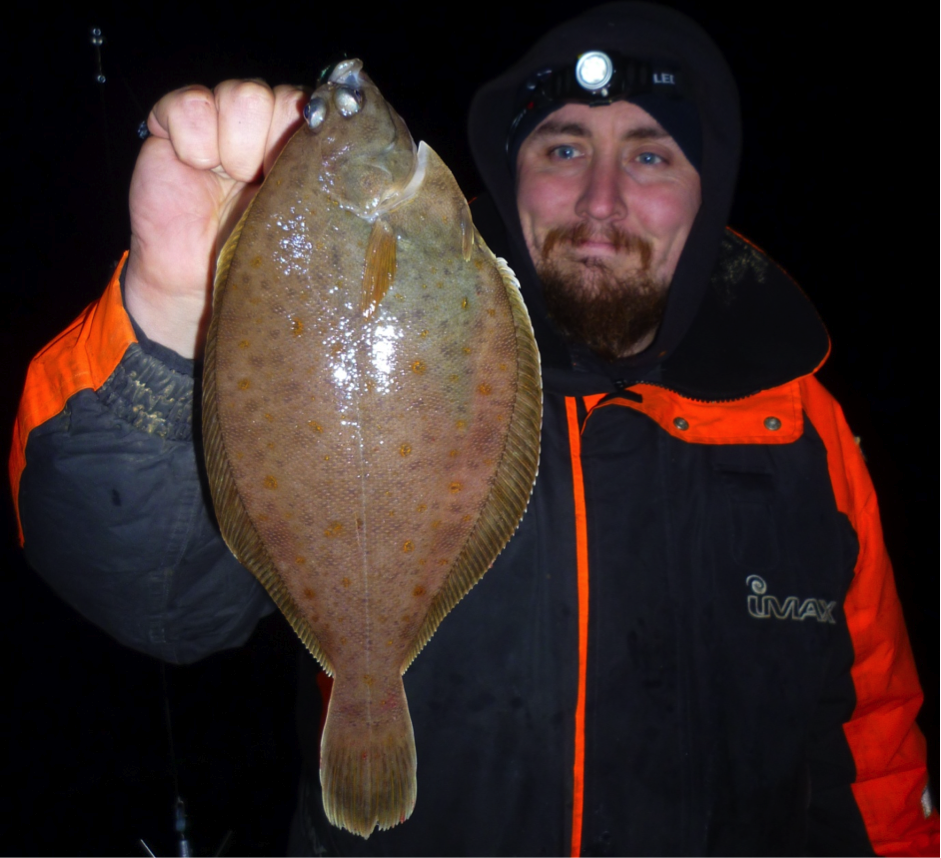 So the’ flaicedab’ was the last fish on what had been a slow but fun night, filled with lots of chatter, swapping of tips and tricks and a general laugh.

Final tally for the night, me and Rich just 1 fish each. That brings our scores in our 2013 Fishing Adventure to me 307 and Rich on 312. Just five fish in it with four weeks to go to the end of the year. It could be anyone’s win!

SUBSCRIBE
A funny old mix! A quiet week on the beach. Not for the Fishing Tails team!

2 Responses to "Fishing on the Isle of Wight"