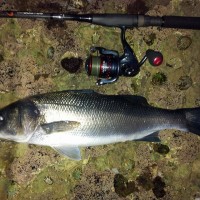 It has been another fantastic weekend of fishing all along the coast; For me it has been especially good on the lures. I am now moving into my third week of non stop fishing, and I still can’t get enough of it. When I have not been guiding, I have been doing lots of short sessions, where I have been targeting specific species at a time that I am confident that I will get them. It has really paid off for me and my guiding guests. When you get the timing right and turn up on a mark to be greeted with a wonderful sight as in the picture below, you know you are going to have a great session. 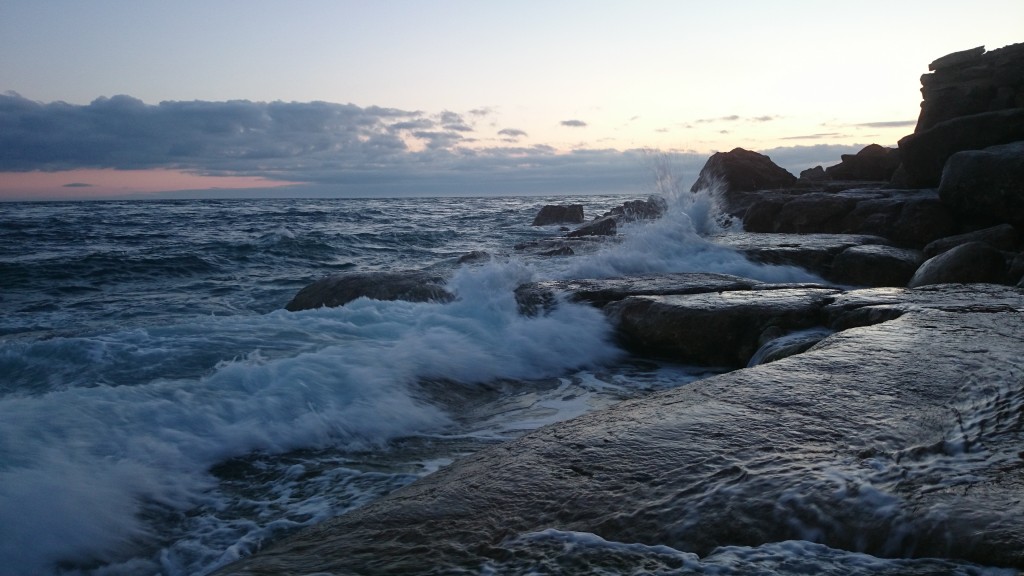 I took the picture on Saturday night, just after meeting John Cady who had spent the past 32 hours fishing Portland, with only a couple of hours sleep in his car. I am certain John fishes Portland as much as I do, as I always seem to bump into him. John had already had a good days fishing, with a couple of Bass early in the morning. The best being this 4lb bar of silver. 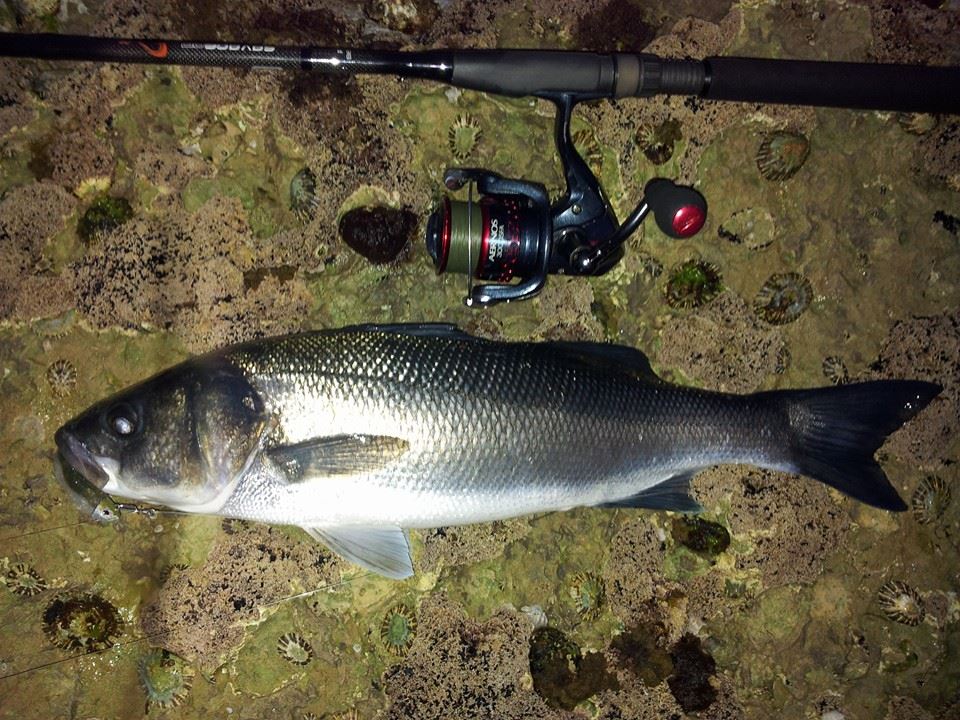 Most of his fish came on a Fiiish Black Minnow

which has also proved pretty successful for a number of my guests this past week. However on saturday night we were after Pollock, and that is exactly what we had. In fact we had so many we lost count. As usual for me it was the Megabass Metal X Bubblehead that out fished everything. I gave one to John to try, but I don’t think he was prepared for how successful they are. Within seconds of it hitting the water a decent fish smashed into it and dived for the nearest kelp bed. Unfortunately the fish managed to get of and leave the lure hanging on the kelp. One fish and one lure lost, and a hole in John’s wallet. I still had my metal X which I put to good use. 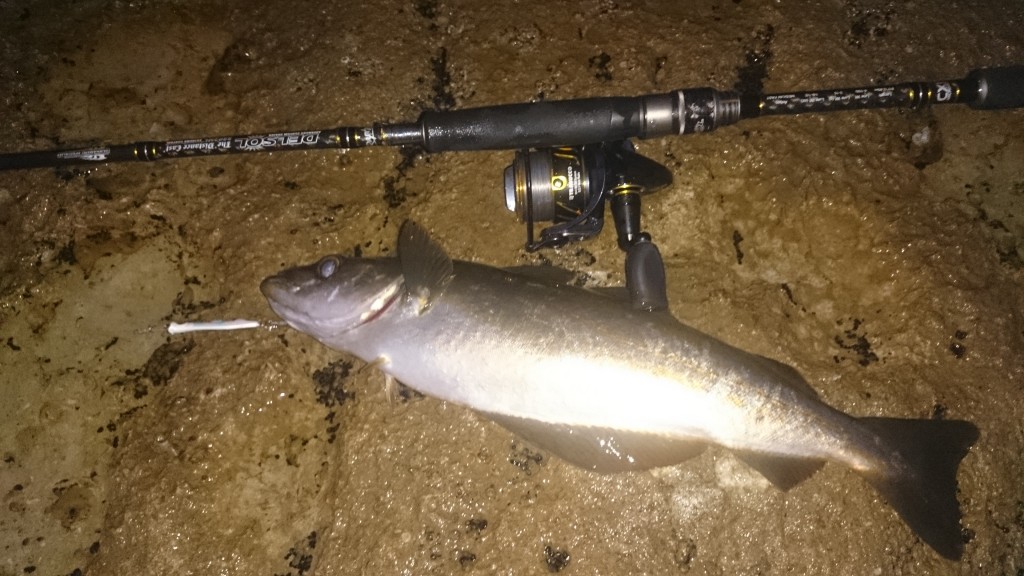 I have certainly been hammering the lure tackle I have on test at the moment. In the month that I have had Trabucco Invicta reel and the Rapture Delsol rod, I have fished more than an average angler would in a year, and caught over a 100 fish up to 5lb. on them. Full review will be a few more weeks off, but I think I will have to put my hands into my pocket to fork out for this set, as I don’t want to send it back.

I have been focusing a lot on Pollock and Wrasse recently, as they seem to be plentiful. I have been catching all over , from Portland to Kimmeridge, the whole area seems alive with fish. 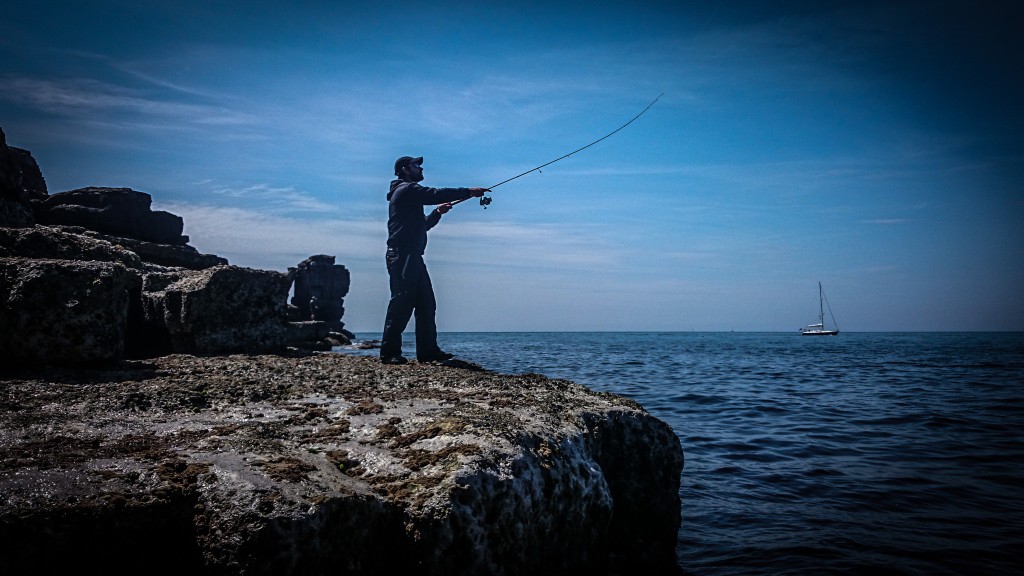 I thought I would share this short video with you off Adam Huttly, one of my clients, catching one of many Pollock on a session with me last week. Thanks to bensound.com for the music

It is not all about lure fishing, as many of you have been out catching lots of other species on bait as well. Chesil seemed to fish well for quite a lot ot anglers, with some nice Cod and Gurnard being landed. Craig Horton managed this 4lb Cod. 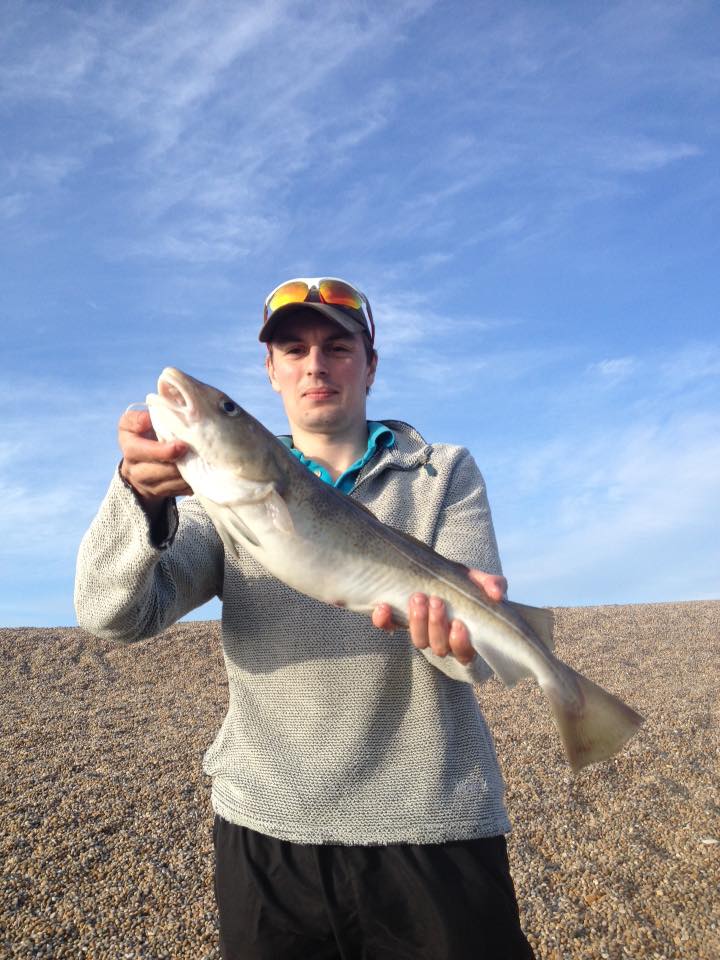 I am delighted to announce that Fishing Tails is continuing to increase our coverage area. We have Anth Constable joining us to cover part of the North East. Anth lives in Sunderland and fishes the Tyne and Wear area in both salt and fresh water. He is a very accomplished angler, that is very keen to pass on his knowledge of the area, and his fishing skills. I recently met Anth, when ha came down for a weekend fishing trip to Portland and Chesil. He told me one of his finest moments was landing his PB shore Cod from the golden sands of Whitburn Beach Sunderland, at 11lb 1oz. Expect his first article tomorrow. 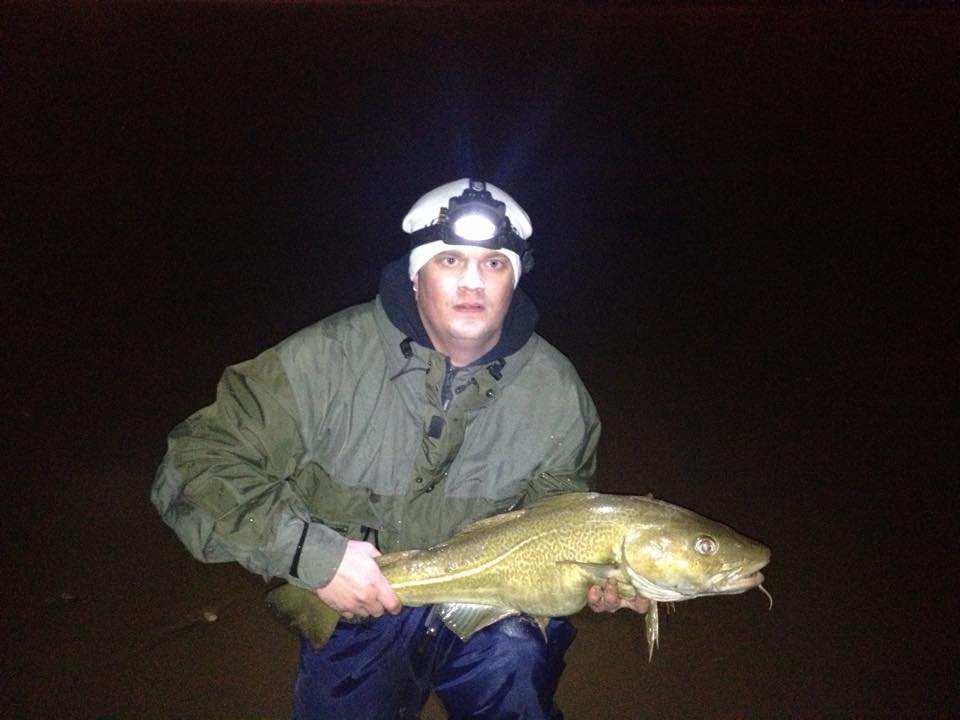 We have another treat for you this week, as regular contributor Steven Butler will be bringing us a brilliant article from Cornwall, and Adrian will be starting off the lure basics series.

Chesil Beach forecast: Plenty of Mackerel should be round this week, but you may have to wait till late in the afternoon or early evening to catch them in numbers. Expect Smoothound and Codling, if you can get hold of some Peeler Crab.

I know that there are a lot of Barrel Jellyfish all along the beach. This has been causing quite a few problems as they get caught up in the lines. They seem to be in higher numbers around Abbotsbury. Plaice seem to be showing all along the beach, even down at the Ferrybridge end. Gurnard seem to be around in numbers as well, but the Bream are mostly small, and yet to show in numbers.

Portland: This is the place to be at the moment if you want to catch fish. It has numerous marks that suit both the bait and lure angler, with the most common species on the island happy to take either. Wrasse, Pollock and Bass are the main species, and I can guarantee that you will catch more Bass and Pollock on lures than you will do on bait. Wrasse on the other hand are normally easier to catch on bait, but I get far more pleasure catching them on lures. I managed to drag my son fishing yesterday (it was Fathers Day, after all). He was pretty confident he wouldn’t catch anything. Much to his surprise he did manage to catch some Wrasse, and he enjoyed it immensely. It was good to see him using a tackle box instead of an Xbox. 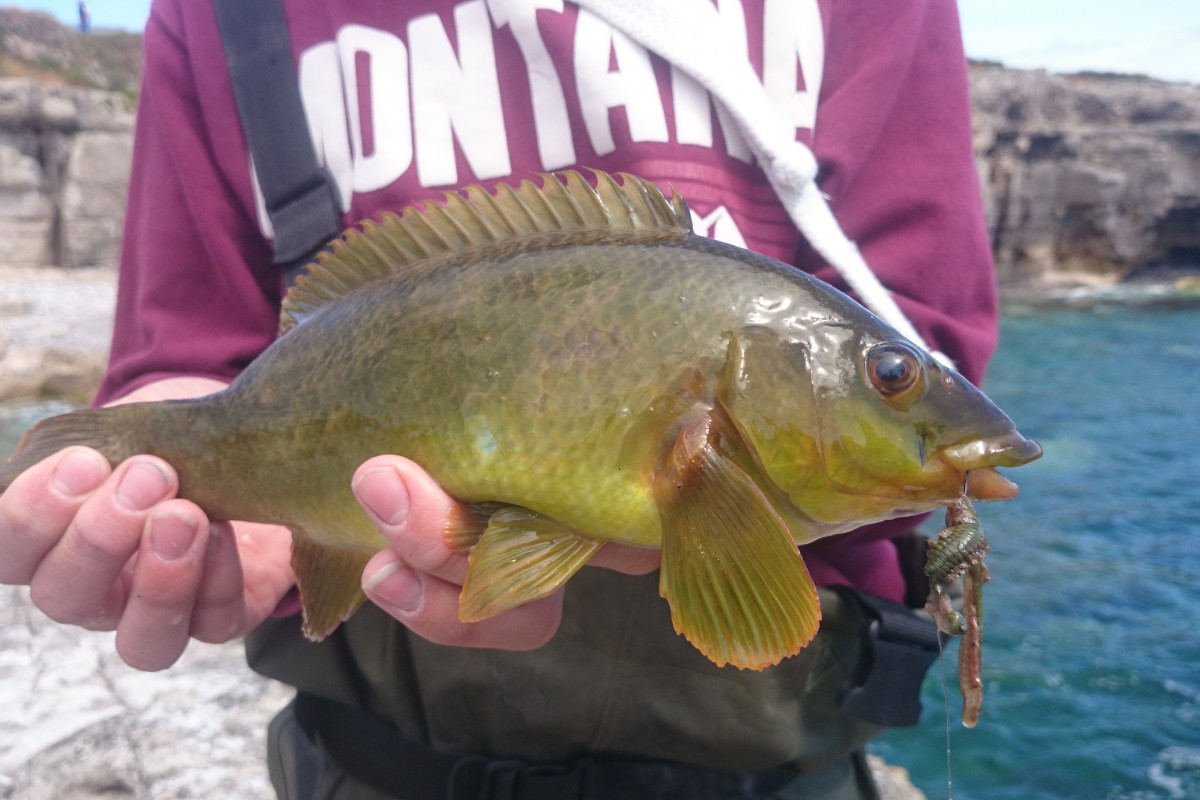 Portland Harbour: Lots of bait fish in the harbour, which is always a good indicator that the Bass and Mackerel will be following them. There are a few places to target the mackerel in the harbour. The slipway at Castletown gives access to deeper water than most places in the harbour. The fish can often be found there pushing the bait fih in close to the jetties.