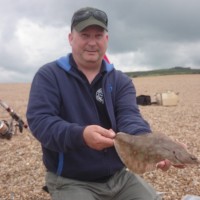 Early summer fishing at its best

I don’t know where to start with todays report. Some Friday’s I sit scratching my head, wondering what I can write about; I have no such problem today. Having fished or guided almost every day for the past 10 days, I feel very much in touch with what is happening locally. It has been one of my most successful early summer periods for a good few years. 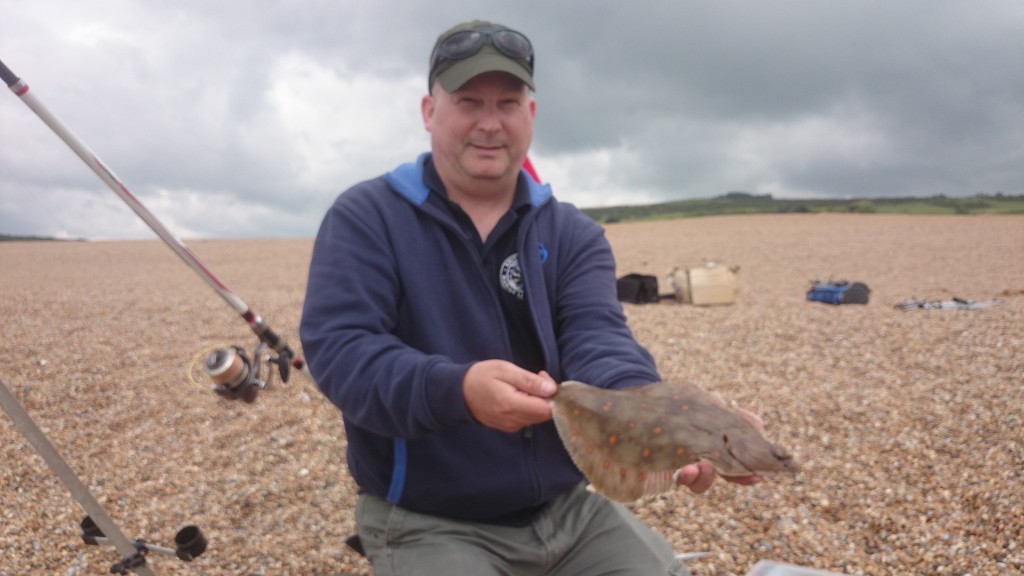 After running the River Cottage Shoreline course on Monday, myself and our photographer Gavin put out a couple of rods whilst we were packing all the other gear away. Gavin was keen to try out his newly acquired casting skills. I let him use the Trabucco Serenity beach rod that I have for review. He was as amazed as I am at how far the rod will cast using a simple off the ground flick, and 4oz. of lead. For the first time ever he was able to hit the clay beds at West Bexington, where within a short space of time he proved that the Plaice do feed there. He wont be impressed with the poor quality of this photo, but I do like to see someone smile when they get their target fish.

We then went on to catch double shots of Plaice and Gurnard, all in a short space of time. I also managed to lose a big Smoothound.

I am not the only one that was on a fishing marathon this week. My mate Demetri Loukanaris, is a week into a 10 day long fishing trip and he has been having some great catches. Last night he hit Chesil again and was rewarded with loads of Gurnard after dark. 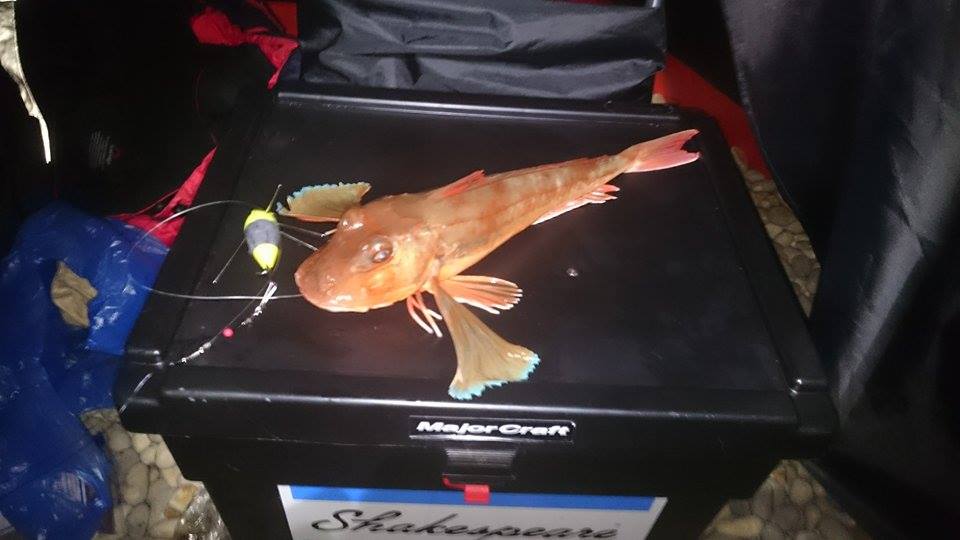 I have to applaud Demetri and his Dad for putting the hours in this week. He was well reward when he went after the Wrasse on lures. He landed this lovely fish of 3 1/2lb 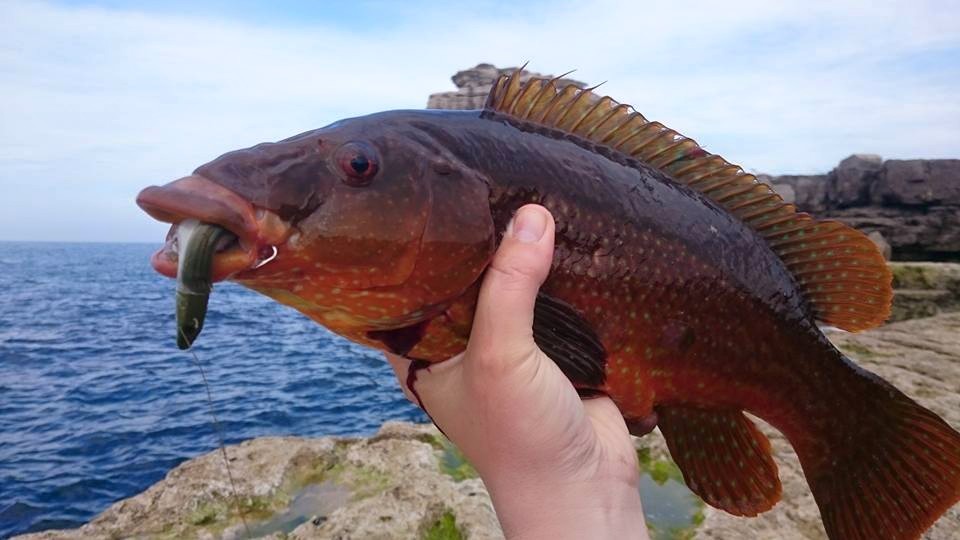 That was a lovely fish, but it was somewhat dwarfed by one he had a couple of hours later on Ragworm. It weighed 7lb 1oz. 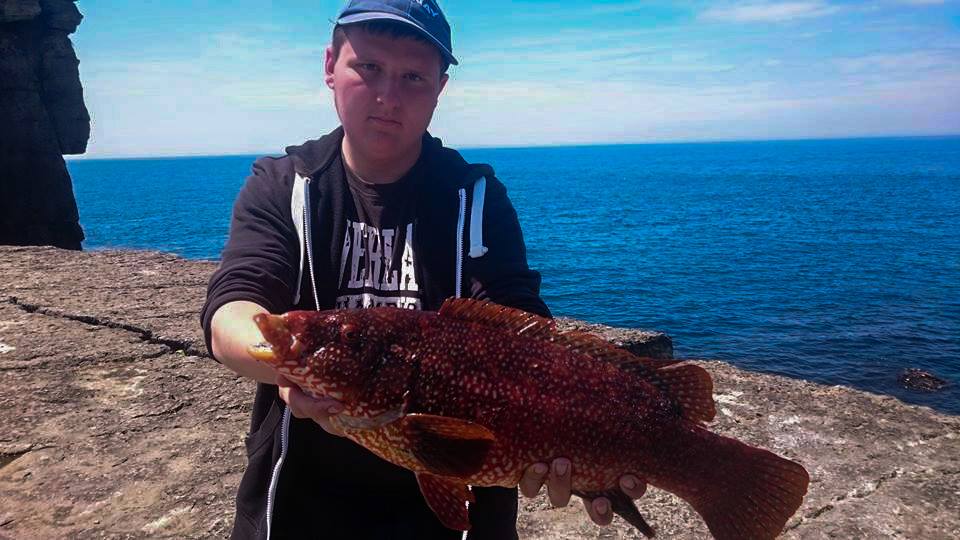 A Monster at 7lb 1oz

Whilst Demetri was catching that, I was on a ledge just round the corner fishing for Pollock and Bass with my client for the day. We had an amazing session with more Pollock than I can remember. We even had them at the brightest part of the day.

I am looking forward to trying to catch a decent Smoothound this weekend. If you fancy the same, then if you missed Darren’s fantastic article on how to catch a Smoothound yesterday, it is well worth reading. I have included a link to it after this report.

Reports from yesterday and last night indicate that Chesil is fishing well all along. Ollie Meers, reported that he fished with a friend last night and had loads of Plaice and Gurnard, as well as a nice hound and a Ray at West Bexington. The Ferrybridge end is also fishing well for those same species, and some Mackerel are starting to show in good numbers later in the afternoon. 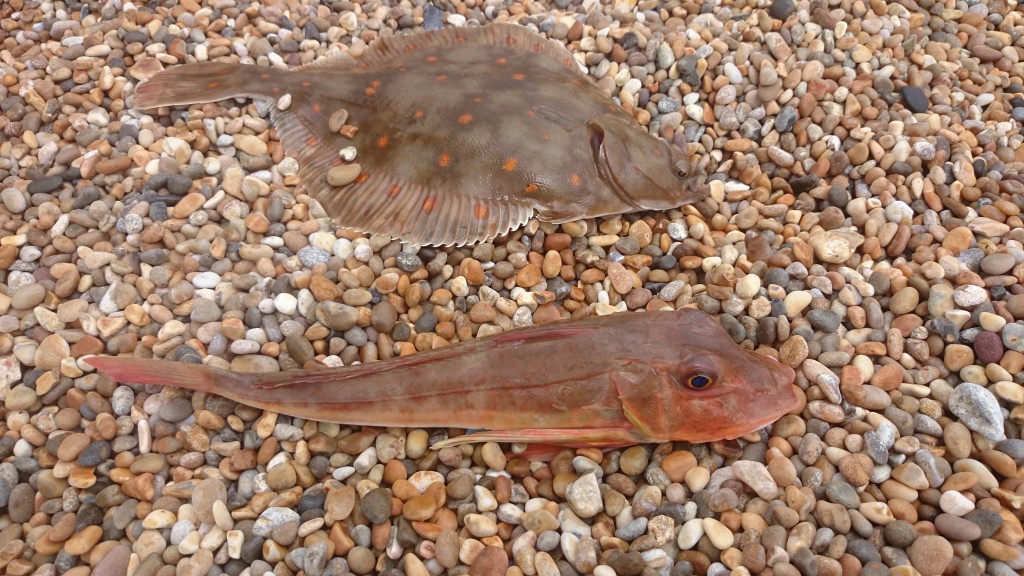 The fishing on Portland this week has been fantastic. I had several lure guiding sessions on the rocks and each one was superb. With so many highlights it was hard to pick which one was the best, but I think yesterday’s probably topped the lot, when my guest had a Grand Slam of Pollock, Bass and Wrasse all on lures. He added a huge Mackerel to the list as well, but his near 5lb Wrasse was just brilliant. 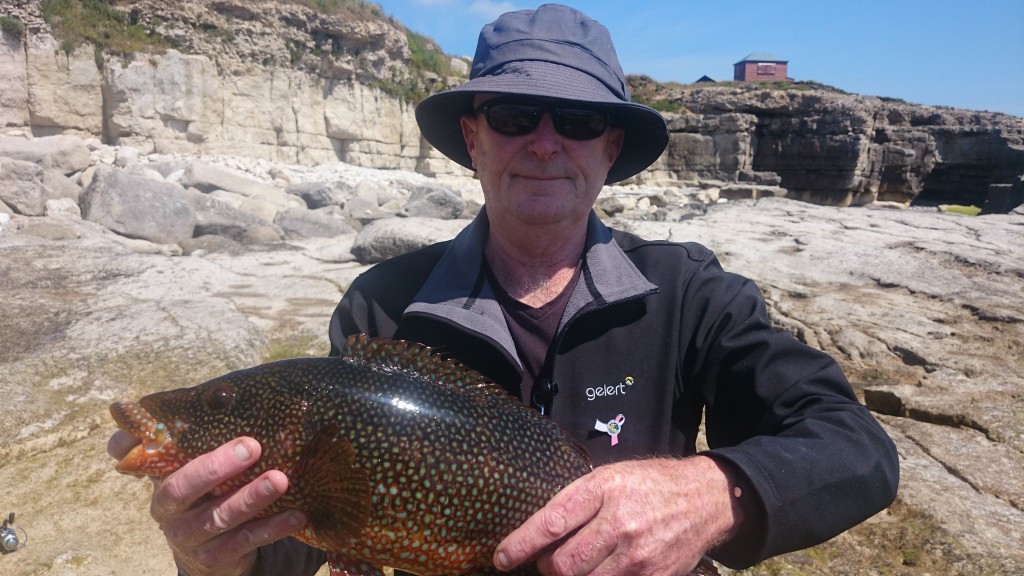 After 2 + years of blanks my day with Sean put paid to many many frustrating questions I had asked myself whilst lure fishing around The The Bill. Within one hour my rod reel and set up had been tuned and with a lure affixed which I would never have bought found me being rewarded with Bass Pollock and a first time best Wrasse. What a day absolutely fantastic in my eyes and we’ll worth the small guiding charge that Sean charges and will be booking again later in the year. One happy lure man.

The harbour remains fairly quite, but our tech guru Adrian, did manage a Bass there yesterday. The bright sunshine and calm conditions are not great for Bass in the shallow water of the harbour. However the Flounder can still be caught.

I heard reports that Preston is also fishing well, with Dabs, Flounder, Bass, Gurnard and small Smoothounds coming from the beach between the Sea Life centre and Bowleaze cove.

5 Responses to "Early summer fishing at its best"