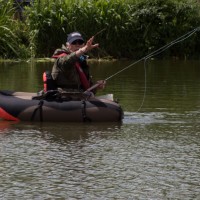 Whilst I have been busy at the Longleat Fishing show over the weekend, despite the weather some of my mates have been getting into the fish. My mate Paul had a Bass of just under 5lb and a 6lb Smoothound. Reports of other decent Smoothound have come through. It seems that the Portland end of Chesil is fishing better for the Smoothounds than further West.  I had an email from Siman, who says he had a 6lb Ray from Seaton yesterday, but catch of the weekend has to go to Andy from Southborne who fished Abbotsbury from first light on Sunday. After catching a Dogfish, Pout then a small Smoothy, he hooked into this cracking 10lb 7oz Bass that was photographed by Richard. 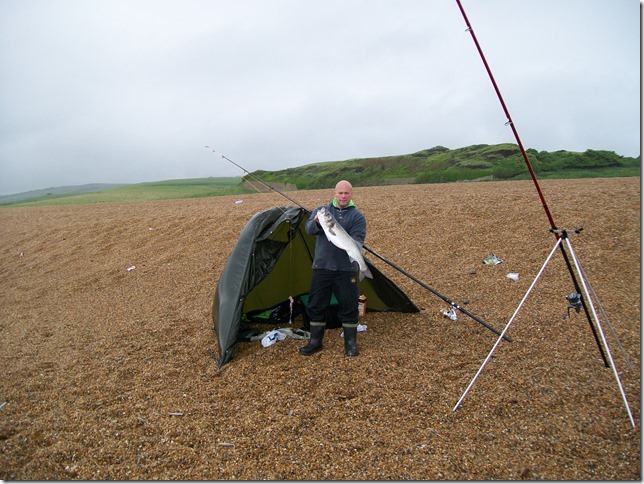 He caught it at 60yds on a whole squid. It is certainly a contender for fish of the month.

It is going to be an interesting week this week, with the wind coming from almost every point of the compass over the next few days. The May water is still about especially to the West. It seems to be easing a bit more towards Portland, and Weymouth Bay seems far less effected this morning. I will keep you up to date as things change.

I had a great few days at Longleat and I would like to thank everyone that came to say hello and watch my demonstrations. Thanks for the words of support and I am glad you like what I am doing.  One of the interesting things about the show was it is one of the few of its kind that is totally dedicated to fishing, where you can really get your hands on the gear and have a go at fishing with some of the best anglers in the world. It was very much focused on course and fly fishing, but hopefully next year there will be more lure fishing included in the program.

I did learn quite a lot at the show that I know will help me on the shore and I hada  great lesson on using a double handed fly rod. Having never used one before I was surprised at how much easier it was to use, especially with heavier flies that I use when I am fly fishing for Bass. I was also interested in Charles Jardine’s demonstration of float tube fishing. 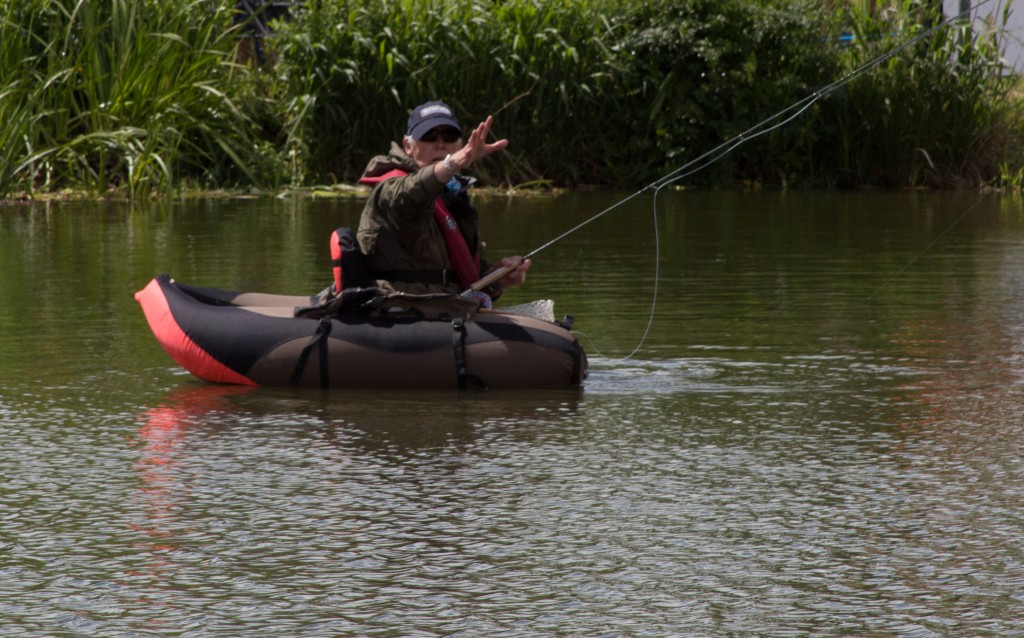 I could see loads of areas both fresh and salt water that I could use a float tube. It is not as versatile as my kayak, and I certainly wouldn’t go out in open water in it, but for ease of transport and storage it could be ideal.

Chesil Beach: It has settled down nicely with 1.5m waves sometimes exceeding 2m. Water clarity at Chesil cove is milky, but at West Bexington it is murky.

Weymouth Bay:  Bit of surf especially at the Preston end of the beach with slightly coloured water. I expect this to build throughout the day.

Chesil Beach forecast: With the water more settled but still murky, there should be a fair bit of food in the water to interest the fish. The normal large baits of Live Peeler Carb, Whole Calamari Squid or a large strip of Mackerel are more likely to bring you a nice Bass or Ray. Live Peeler  or Hermit should see you connect with one of the better Smoothound that are around now. As the clarity improves so will your chance of getting some Mackerel. I would opt for somewhere like the Ferrybridge area of Chesil and park in the visitors centre car park for your best chance of a Mackerel today. THe normal Dogfish and Pout will be around at night. Bream and Gurnard  are gradually starting to show.

Portland: The Wrasse on the rock marks are hungry and eager to feed on Ragworm and soft plastic lures. Pollock will be around at dawn and dusk a and once again lures will be the best option. If you dont want to use lures then flot fished Mackerel strip should tempt them. With an Easterly wind CHurch Ope will fill up with weed, so its probably a good mark to avoid.

Portland Harbour: I spotted a load of guys fly fishing the Fleet yesterday, but didn’t see them catch very much. I would expect plenty of small Bass and Flounder to be in the harbour now. There are plenty of Mullet around the marina. THe steps down to Castle Cove beach have been taken away due to the landslip in the winter, so there is no access to that beach without risking being cut of when the tide comes in.