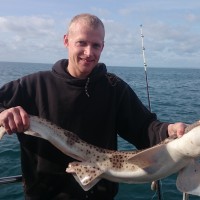 I am sure a lot of you are interested to find out the results of this years Weymouth Angling Centre, Chesil Beach Cod Open competition. As I predicted on Friday, Chesil was not going to produce loads of Cod this weekend and the results proved that. 180 anglers fished the competition, with 19  of those weighing in Cod.

Well done to all that managed to weigh in fish and to Weymouth Angling Centre for sponsoring another top competition. The results were very different from last years, with far fewer fish landed, but that was always going to be the case in such calm conditions. One point to note is just how much weight those Cod have put on in a year. The average size for last year was less than 2lb, this year the average size is almost double that. I was not able to get a picture of Ryan’s winning fish, but I do have this one of Ant Buick with a 6lb Cod 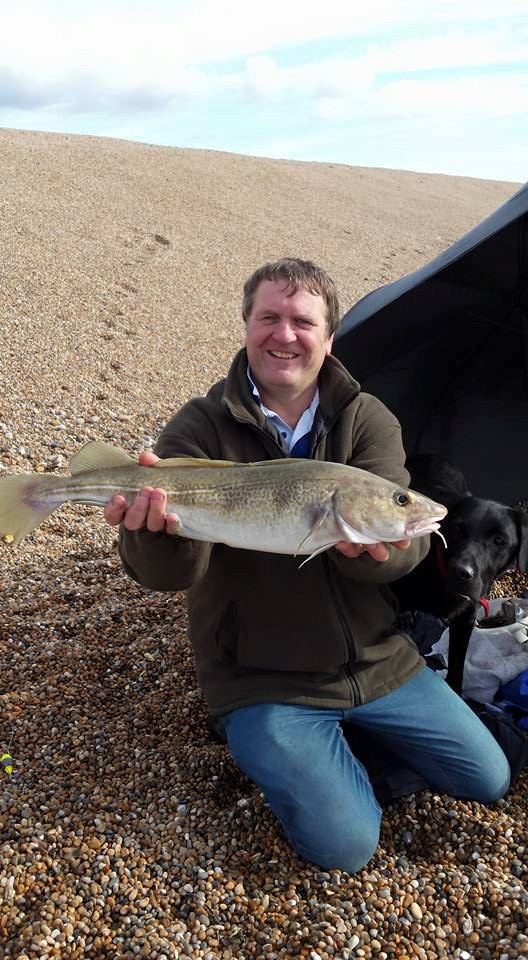 I decided to leave the competition fishing to those that are good at it and headed off for  aspot of boat fishing onboard Snapper, with Luke Pettis. I was hoping for a repeat of my last trip out with him, when I landed a near 20lb Cod. The Cod didn’t turn up on the same mark this time, but we did have a great day of mixed fishing. I managed some nice Pollock and Conger, but lost a lovely Bream at the net. Top honours went to novice boat angler Chris Satchell from Warminster. Using one of Luke’s hire rods he managed one good fish after another including a large Bull Huss and a double figure Turbot. 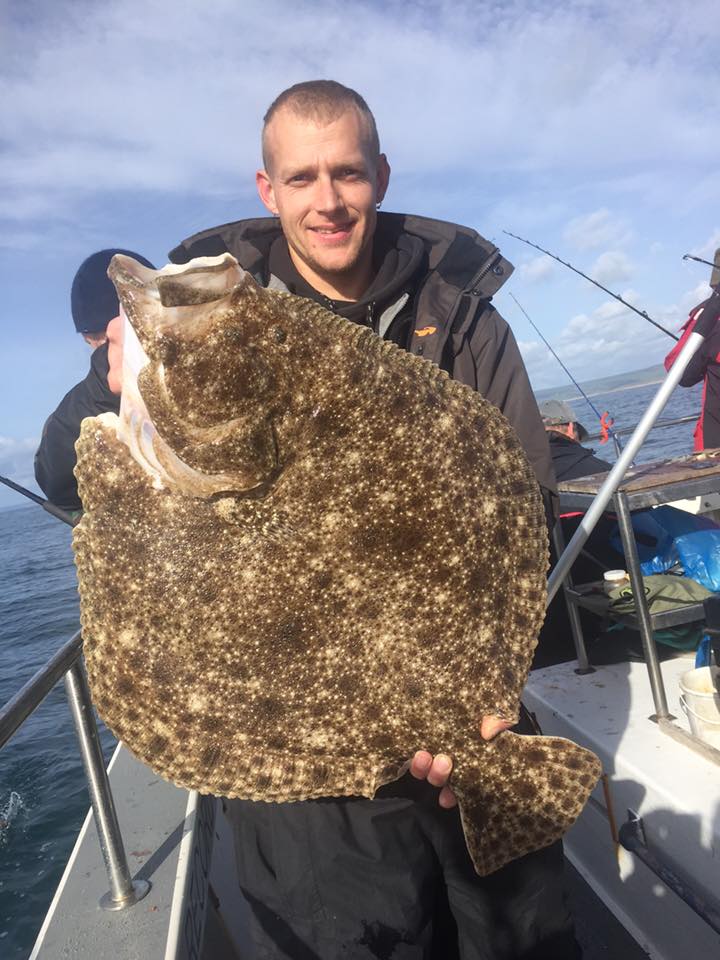 I love to see lots of different species when I go boat fishing. One thing that surprised me was the size of the teeth on a large Bull Huss. I wouldn’t want to stick my hand inside it’s mouth. 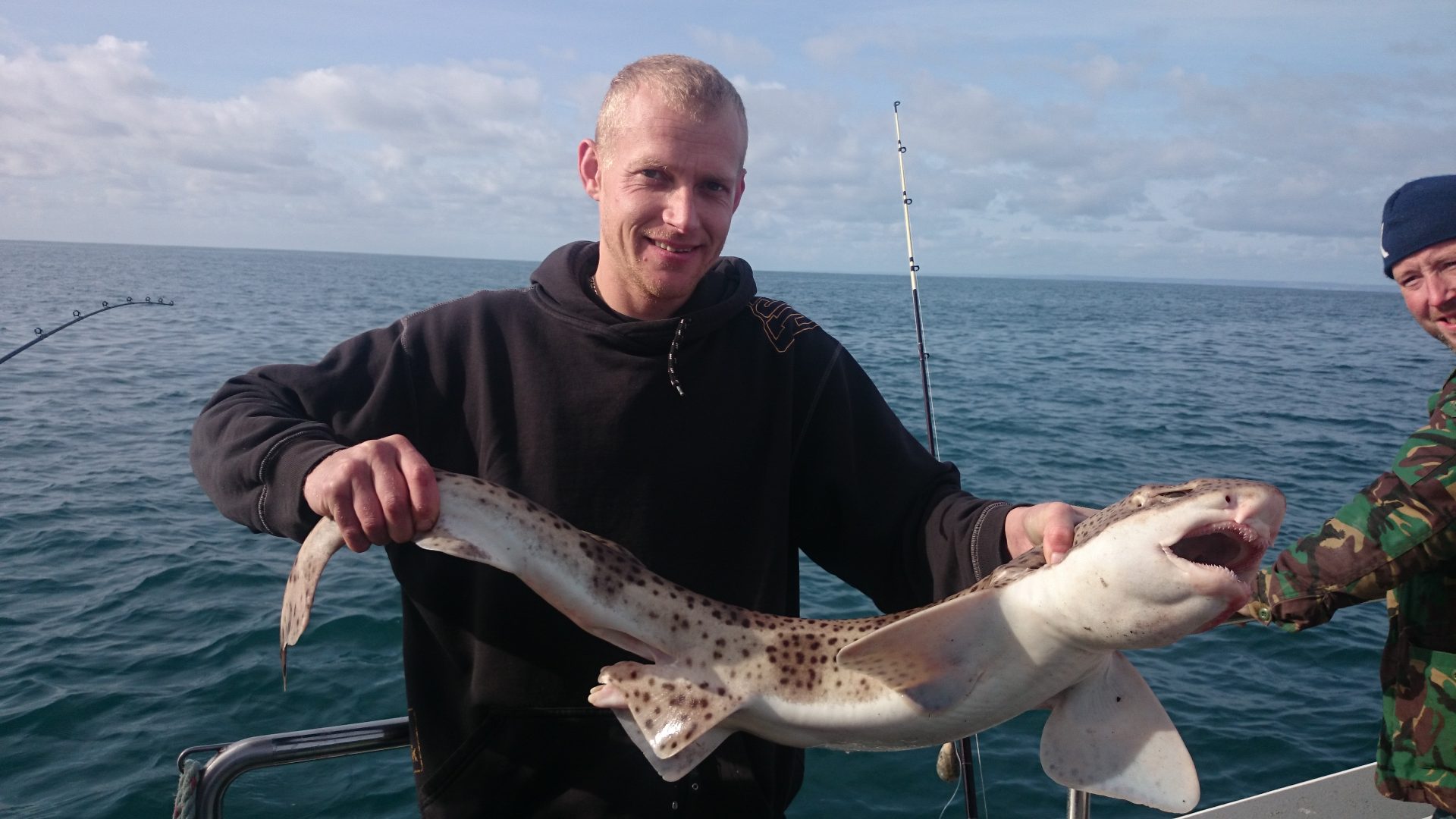 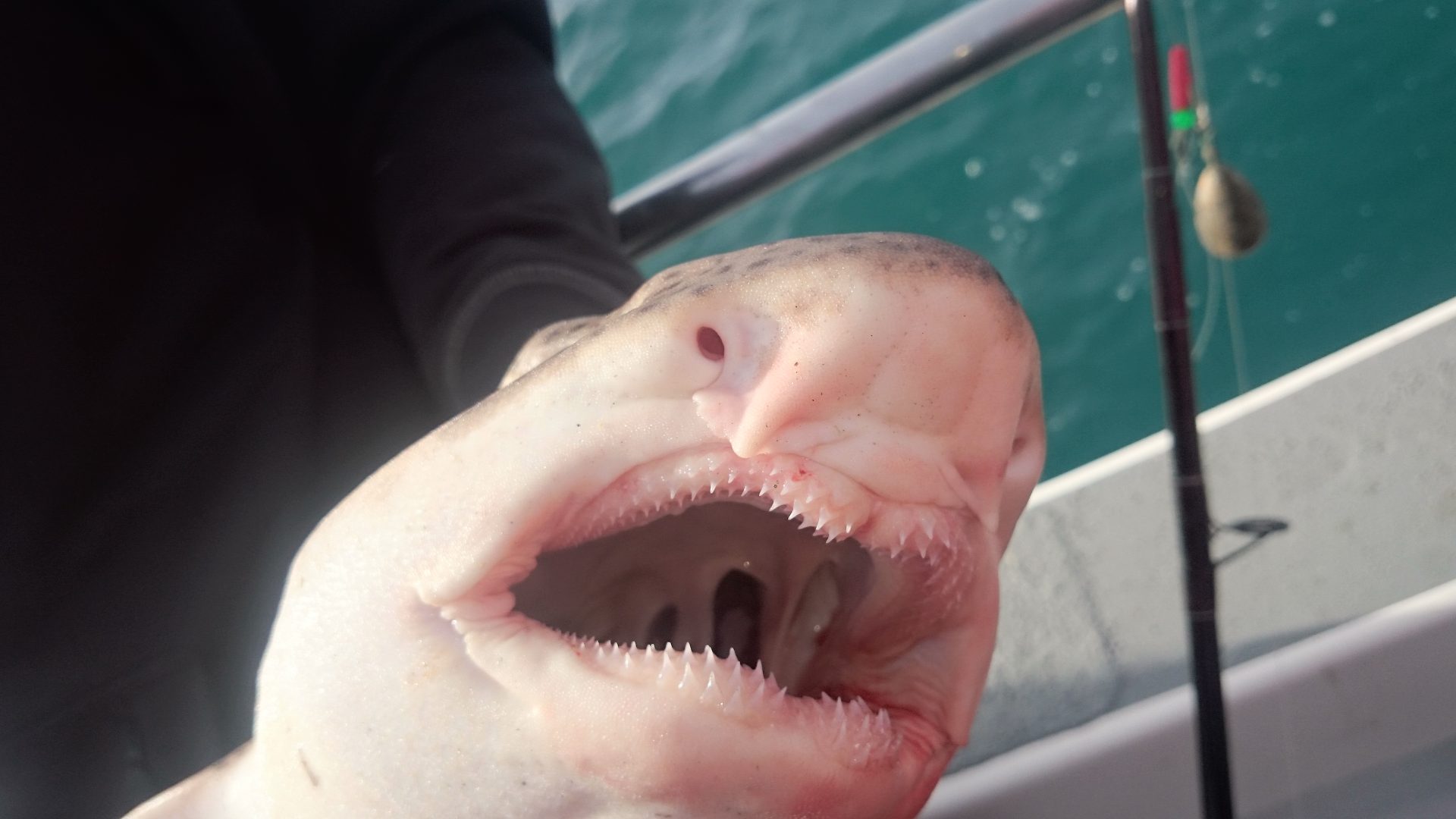 Chesil Beach forecast: It looks like this week will continue pretty much the same as the past few days, with reasonably calm sea’s that may start to pick up a swell as the week progresses. There is a chance that the wind will veer to the SW on Thursday. If it does it will be great for Cod and Bass, but if it continues out of the South or South East, it will be better for the Plaice fishing.

There is still good fishing to be had all along Chesil, with Bream, Garfish, Mackerel and Gurnard all still being caught. The main talking point is the excellent Plaice fishing from the Western end of Chesil.

Portland: The usual Wrasse marks all around the Island will produce plenty of fish, but the Pollock and Bass fishing is still poor.

Portland Harbour: I am pretty certain that the harbour will fish well for Bass during the mid part of this week. Lots of bait fish in the harbour, which will attract the Bass in. If you don’t want to lure fish for them, then large Squid baits often work at this time of year.

Weymouth Bay: We tried for some Squid off the pier yesterday as we returned from our boat fishing trip. Unfortunately we were not successful, but other boats were and I did have a message saying that there was a few coming from the Pleasure Pier.

With the wind in the SE for most of the week Preston and Bowleaze Cove should be good for Bass and Flounder. Keep your casts short for best results.