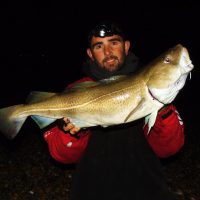 Whats happened to Fishing Tails? We are back!

I am delighted to say that Fishing Tails is back and will be even better than ever. I won’t bore you with the details as to why I haven’t been around, but I would like to say thank you to those who have supported me over the past few months and have persuaded me to get the site back up and running.

I will start off with some bad news for me. I had almost all of my fishing tackle stolen from a lock up in Dorchester. I don’t know how long ago it was taken, as I hadn’t been over there for a couple of months. Yes that is how long its been since I have done any sea fishing. I am now going to have to replace my beach, boat and fly fishing gear. One thing that you don’t realise until you have to buy it all again, is how much all the little bits of terminal tackle cost. If there is a silver lining to this story, then it is that I will be replacing my gear with mostly new stuff. As I replace it I will write a review on most bits that I buy. This is where you get a bit of a say, as I am always happy to hear recommendations. I am currently in the market for a new head torch for night fishing. I have just bought a new Majorcraft Triplecross lure rod and I have one of the new Fladden Maxximus beach caster on the way. Feel free to drop me an email at sean@fishingtails.co.uk for any recommendations or any suggestions of tackle that you would like to see reviewed. I would also love to have your catch reports.

One of the most notable changes in shore fishing over the past couple of years, is the switch from the traditional fairly stiff UK rods, that mostly perform better with a multiplier, to the much longer, lighter and slimmer European style fix spool rods. I will be testing both extensively and will give you my opinion on which is the better style.

So the big question for this weekend is, will Chesil be fishable? The simple answer is no. There will always be the small minority that think they know better and will try and win against Mother Nature. Don’t be stupid, all you will do is put your own life in danger and more importantly the lives of the rescue services.

Looking at the wind forecast, it would seem that there is a window opening up on Monday. The sea will be rough and coloured, but the wind should drop enough, to allow us to get a cast far enough behind the breakers, to prevent your line being buried under the shingle. Expect to catch Bass, Cod, Whiting and Dogfish, with the chance of a large Conger.

Danny Hardwick and a couple of his mates, took advantage of just that type of conditions on Wednesday evening a couple of years back. They managed to land some nice sized Codling. 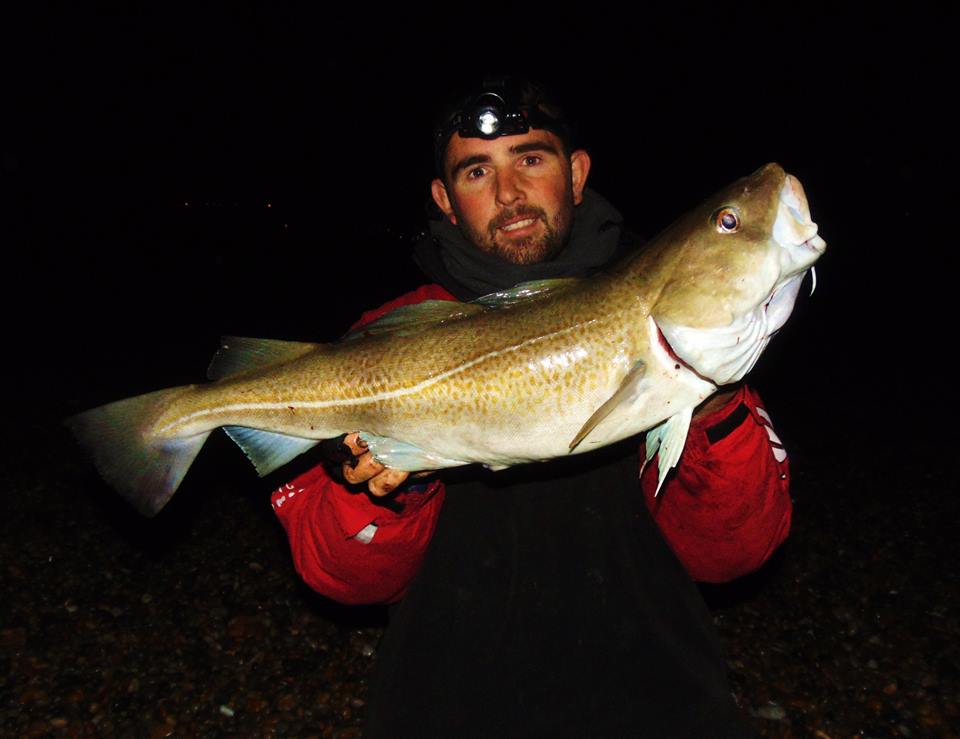 The fish fell to black lugworm, tipped with peeler crab. 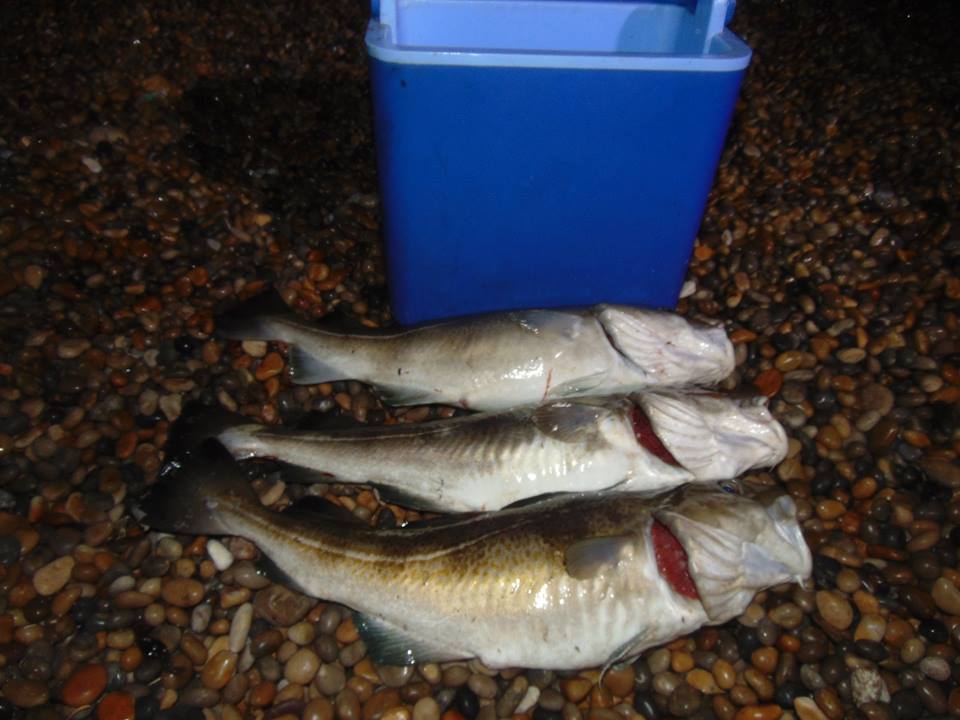 I am certainly looking forward to Monday, where I will give live updates via Instagram and Facebook. If you are desperate for a fix over the weekend, you could do worse than Preston Beach. Conditions look good for a Bass in the surf. 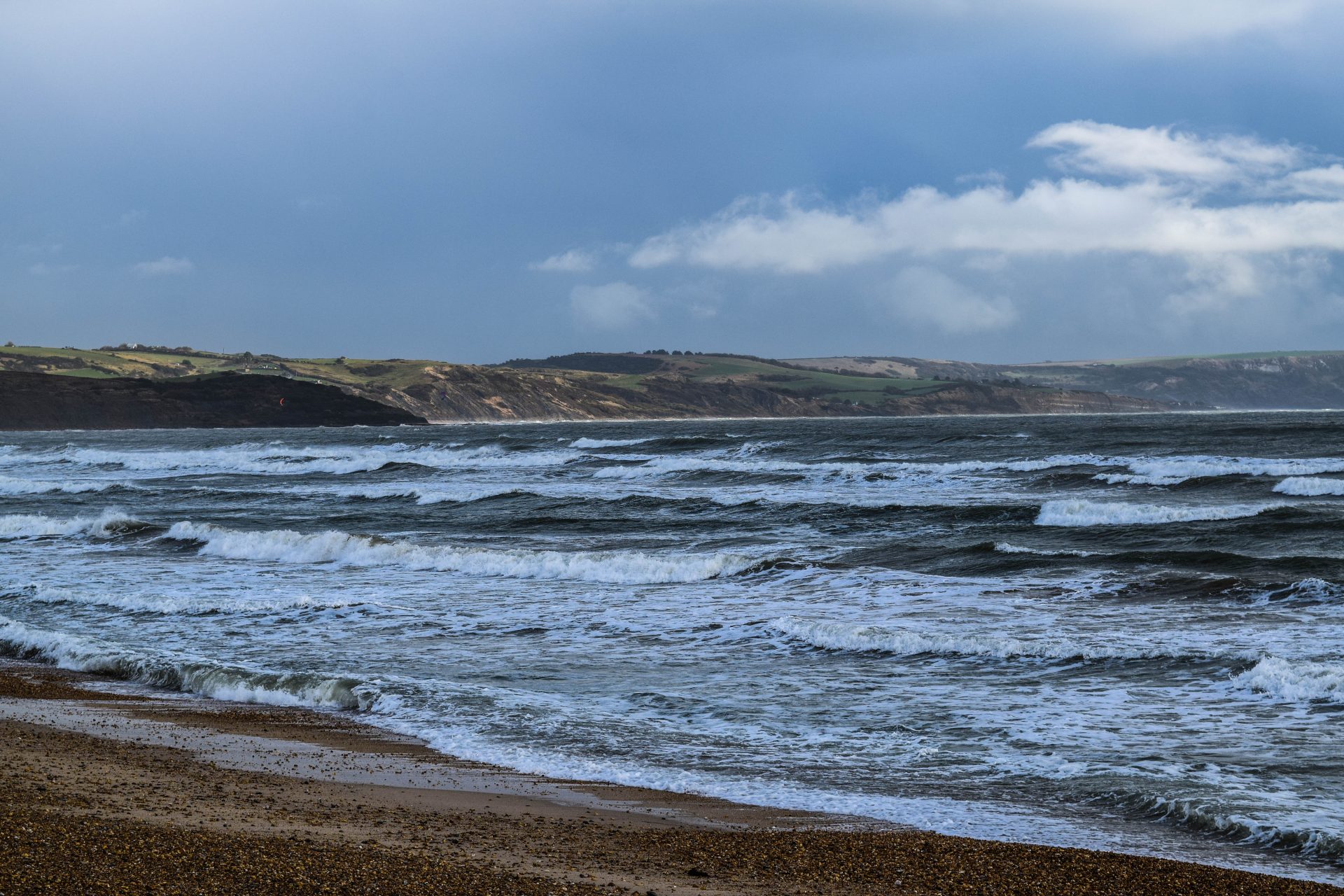 Portland: Rough on the West side and around Portland Bill, with poor water clarity. The clarity on the East side is also poor, but it will be a lot calmer, with waves around 1m.

Weymouth Bay: Surf up to 1m with good water clarity

Chesil Beach forecast: Not much more to be said about Chesil, other than avoid it until Monday, unless the wind does drop significantly over the weekend.

Portland Harbour: Plenty of Bass can still be caught in the harbour on lures and bait. If my memory serves me well, November used to be the best time for the large Bass in the harbour. If you don’t want to try my favoured method of lure fishing, then go big and put on a whole squid. It will last a lot longer against the crabs than worms.

Garfish and Pollock can all be caught around Ferrybridge and Castle Cove on float fished Mackerel or small lures. Hamm Beach can often produce Flounder as well as Pout.

Portland: The coloured water will make lure fishing almost impossible around the Portland Bill, but it may work on the East side, if you are prepared for a bit of a walk. It will certainly be more sheltered and fishing with bait during the day should produce Wrasse. Night tides and large fish baits may tempt Conger or Bull Huss.

Weymouth Bay: Weymouth always provides a safe haven and a reasonable mark to fish, when we have a big SW gale. The piers also offer good marks for anglers of all abilities. I have seen reports of numerous squid being caught, but windy conditions and not great water clarity, normally  put the squid off. However you can catch plenty of small Pollock, Wrasse and Garfish from both piers.

As I mentioned earlier the beach towards Preston and Bowleaze looks very good for a Bass. Expect Flounder and Dab to show, as well as Whiting and Dogfish after dark

18 Responses to "Whats happened to Fishing Tails? We are back!"