Fishing Tails > All Articles > Reports > Chesil Beach > What has happened to the fishing??
The high’s and low’s of Fishing Boat Fishing out of Poole on Rocket 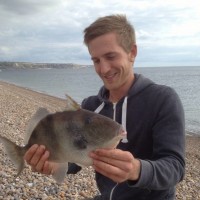 What has happened to the fishing??

September and October are normally the best months for fishing in Dorset, but right now the fishing on Chesil is very poor. Even some of the best anglers are struggling to find any fish. I fished West Bexington yesterday, with some really good bait and didn’t have a single fish. The only thing I  witnessed being caught were a few Mackerel.

One angler that did manage to find the fish was Dave Barratt. Not content with a couple of Bream and a couple of nice Codling during the day, he also managed to catch an elusive Trigger Fish. 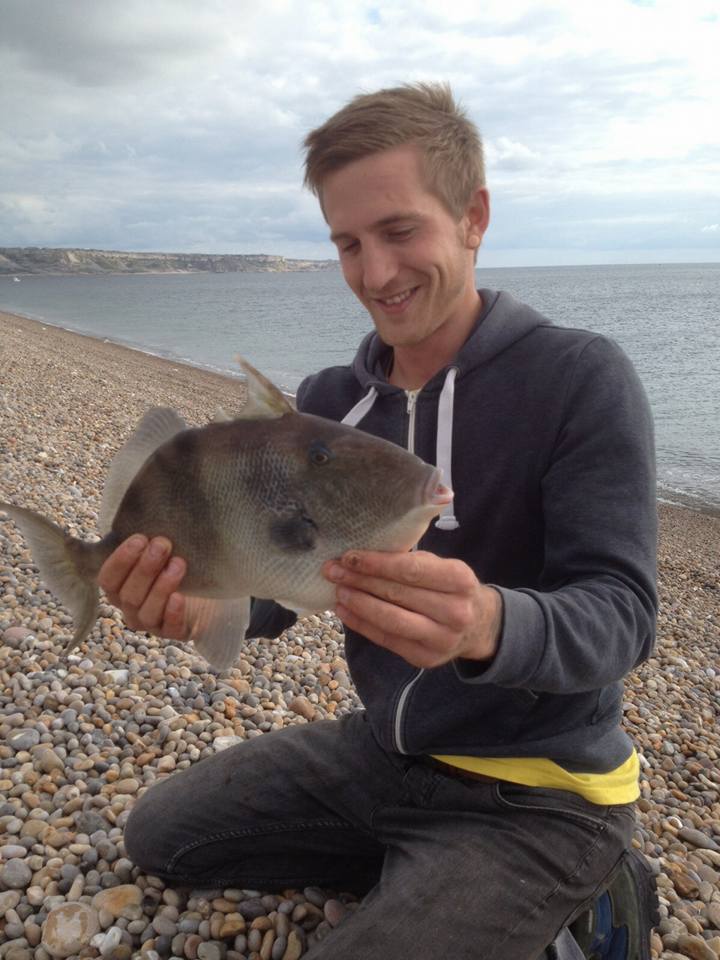 Fishing Tails North East corespondent, Anth Constable was down for the weekend with a couple of his mates. They put a lot of time in fishing Chesil and the surrounding area. Like most anglers they found the going tough, but it  didn’t stop them catching a few Codling and Smoothound from the shore, and a cracking 23lb Cod from an inshore mark, out of West Bay. Highlight of the trip was a stunning 4 1/2lb Wrasse from Chesil for Darren McGlen

Chesil might not be fishing well, but a lot of other marks are, and the boat fishing is pretty good at the moment as well. We will have a great article from Allan Yates on boat fishing tomorrow, but I will share my picture of a 15lb Blonde Ray I managed on Sunday on the Kidney Bank. 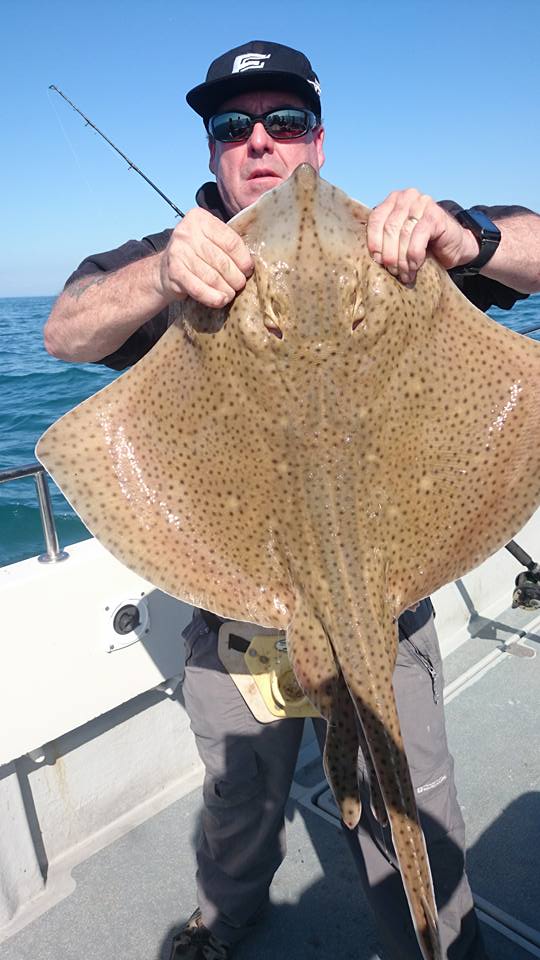 Chesil Beach forecast: There are still Mackerel showing on the beach, and I expect them to stay around in numbers for at least another month. To be honest I have no idea why the fishing is so poor on Chesil. Even the divers have said that there are very few fish in the Cove and on the inshore wrecks along Chesil. However as the tides pick up again later in the week, it may bring the Bream and Gurnard back to the shore.

A few Trigger Fish are starting to show now, and September is normally the best month to target them. I will put a link in at the bottom of the page for more information on how to catch Trigger Fish.

Try float fishing for Garfish or Mullet with a small sliver of Mackerel, or if you find any washed up bait fish, they are even better bait.

Portland: I will be going after Pollock and Wrasse on lures during the early part of this week. With crystal clear water conditions, the Pollock fishing should be very good.

There are plenty of Wrasse to be caught on bait and lure. These can be caught anywhere around Portland, but I normally fish the West side on the ebb and the East side on the flood.

Portland Harbour: There is loads of bait fish in the harbour, which should attract the Bass later in the week. Ferrybridge has been producing lots of small Wrasse and Pollock. Scad normally show up at dusk.

Weymouth Bay: As usual the piers are producing lots of smaller species, with a few good Pollock, Wrasse and Garfish as well. Now that the kids have gone back to school, the piers are not as busy.

With a fairly constant Easterly wind for most of this week, I would expect to see plenty of Bass along Preston beach. The majority of them will be small, but you should find the odd 42cm plus fish amongst them.

5 Responses to "What has happened to the fishing??"