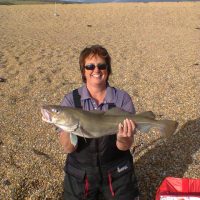 First I would like to apologise for the lack of posts over the last 2 weeks, I have been dealing with a lot of personal issues which has meant I’ve not been  unable to devote as much time as I usually do to the site . Hopefully  things will become less trying soon and we can get back to business as usual.

With Cod beginning to show in increasing numbers on Chesil, Mike Soanes traveled from Plymouth to fish Abbotsbury last night. He was rewarded for his long drive with a great mixed bag of fish including small whiting, pouting, a small thornback and this cod of 13lb 2oz taken on blow and black lug, He said it was well worth the trip from Plymouth! 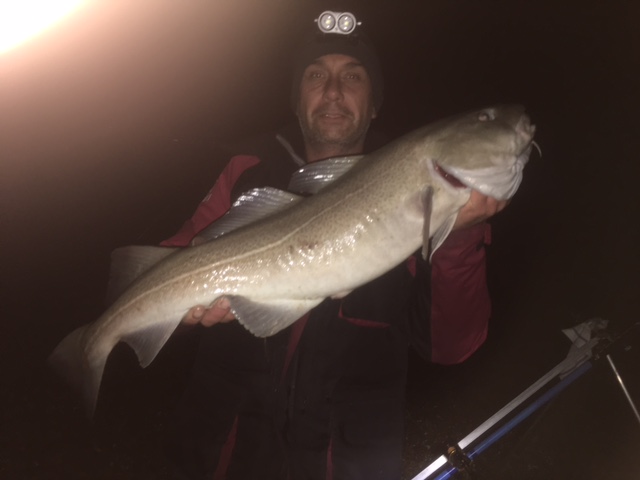 Our regular contributor Bridget Herniman, (she who no longer snoozes), ccame up trumps yesterday with a lovely Cod at just under 7Lb  on pennel with Rag and Blow lug at Abbotsbury over low tide yesterday. She also had a small codling, compared to ther old man who just had loads of whiting. 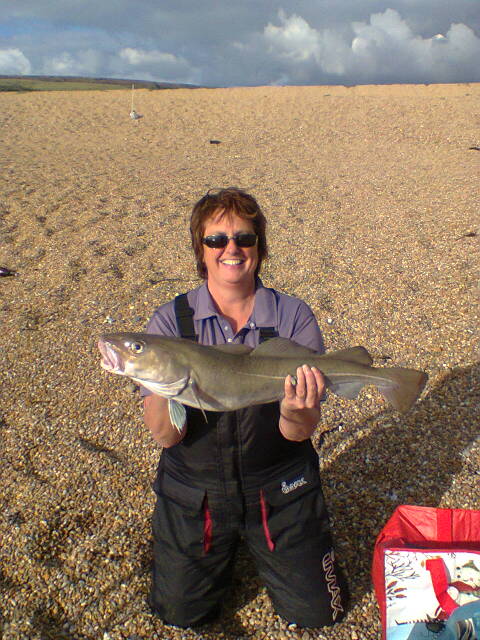 The Dorset rock marks are fishing well as Ben Stockley proved with is lovely brace of Bream. 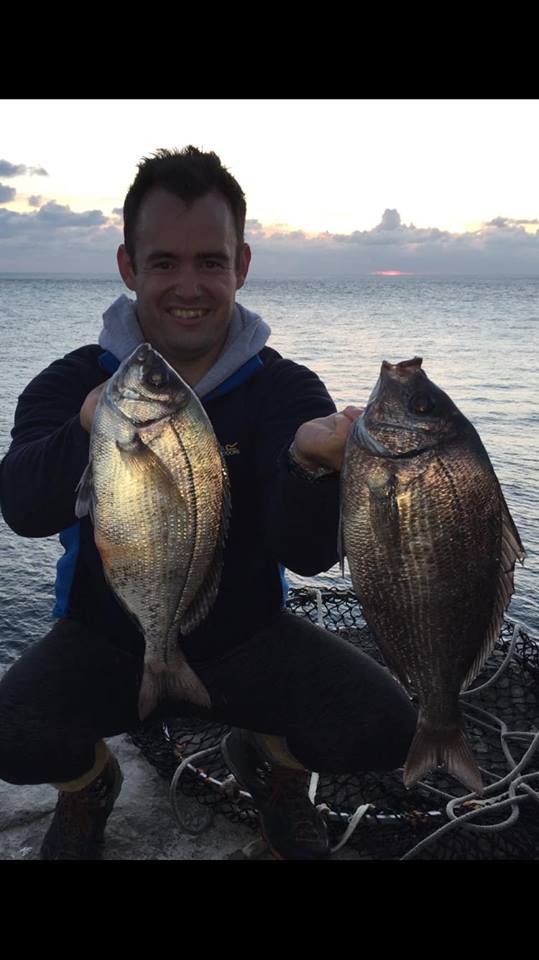 The Cod fishing could well start to improve, as we have had a sudden water  temperature drop. Over the past 10 days it has dropped by over 3 °c this is normally the trigger for the Whiting and Sprats to arrive.

Chesil Beach forecast: Now is the time to take advantage of the Autumn bounty that Chesil can supply, especially when the conditions are going to be so settled for the rest of the week. Whiting are starting to show all along the beach and there is a reasonable chance of a Cod towards the later part of the week and the weekend.

We still have plenty of Gurnard, mackerel and garfish around and the Plaice fishing is the best I have known it for years.

Portland: If you are ever going to get a Bass on Portland on lures then the next few weeks is the time to do it. They often come in close at first and last light. I use larger lures for them, than I do when targeting Pollock, which should also be around in good numbers. For some reason I find jointed lures work really well at this time of year, with my favourite being the Seaspin Binginu 115. The Megabass Zonk 120 also does well.

Wrasse fishing is always good this month, as the smaller fish start to move out with the drop in temperature. This allows the large Wrasse more time to find the bait, before it is robbed. Ragworm or hardback crab are by far the best baits, but the big Wrasse find it hard to resist the Fiiish Black Minnows.

Portland Harbour: the harbour is full of bait fish, which are being chased by Garfish and Bass. I witnessed Bass smashing into the bait fish, but they were at range. I only had my LRF rod with me, so I was unable to target them properly. The fish seemed to be congregated around the reefs at Sandsfoot with a few at Ferrybridge.

Weymouth Bay: if you are looking to entertain your kids this half term, then take them down to one of the piers in Weymouth. You are almost guaranteed of catching some fish, by simply dropping a ragworm down the sides of the walls. Wrasse, pollock, pout and small Bream soon attack your bait. It’s not just small fish that are there. I did hear reports of a double figure Undulate Ray being caught there yesterday.