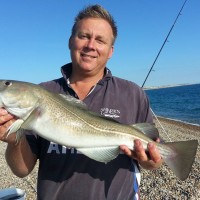 Water temperature is directly linked to fish behaviour and movement patterns. Using a satellite feed that I am subscribed to, I have been tracking a large area of warm water that has built up in the Bay of Biscay. Over the past 10 days a narrow band of this warm water has seeped up the Channel and is currently lying roughly in line with St Albans head and Swannage. 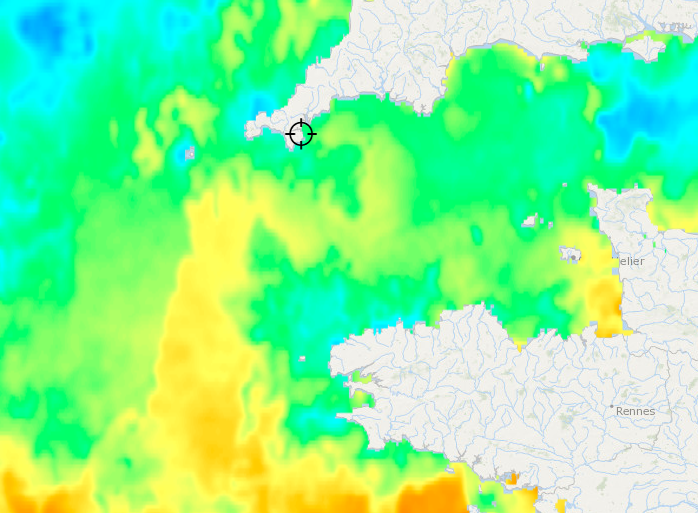 This is the warm water currents that bring many of the remaining summer species to Chesil. It would explain why we are seeing a large number of Gurnard, and an increase in the Bream numbers. If the warm water continues to remain with us then within a matter of days we might start seeing Trigger Fish and even more large Bream, like this one caught be Raj Gurung. 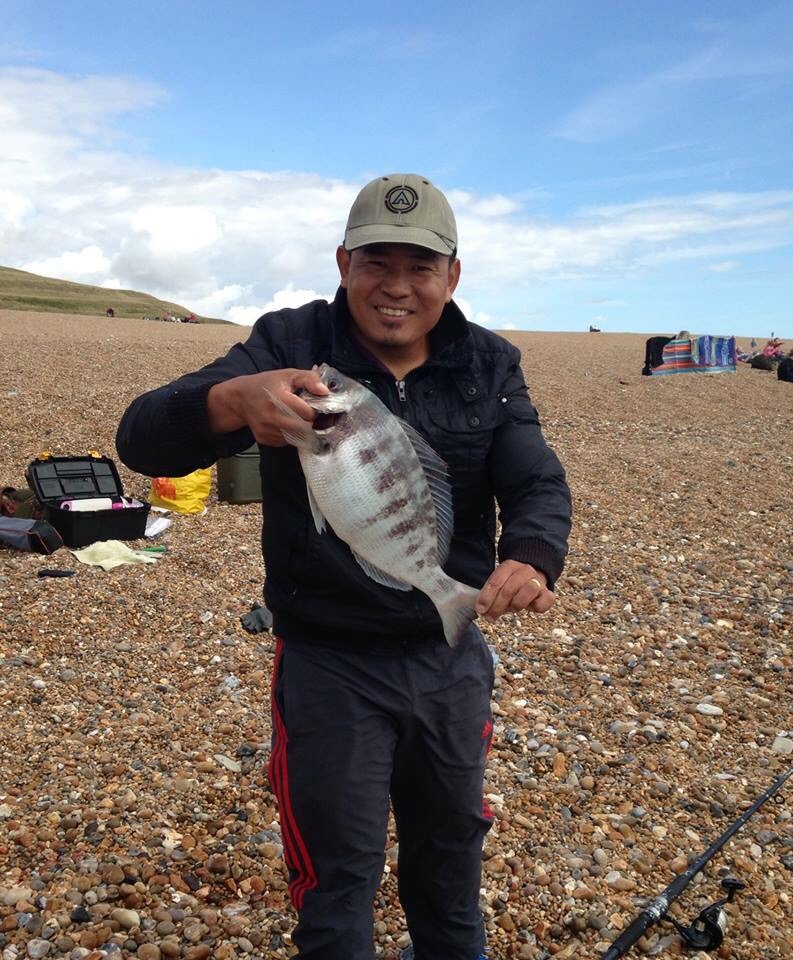 Over the past couple of years, we have seen an increase in the number of Bonito that have been caught in the South West. I am really excited by the prospect that this warm current could bring more of these small, but very hard fighting members of the Tuna family to our shores. At first glance they just look like a large Mackerel, but as you can see in this picture the markings are different. You will also know when you hook one, they go crazy. Most of the ones caught last year were around a pound or less, but they do grow up to almost 20lb.

This weekend will see The Tackle Box in Lyme Regis celebrate it’s 25th anniversary. They will be having an open day that is well worth a visit. Specials on the day will include 20% off almost all their tackle, a filleting demonstration, BBQ and I will be doing a lure fishing demonstration between 1 and 3pm. I will have a load of different lure rods and reels with me, including my favourite Rapture Delsol rod, for people to have a try on, and pick up a few tips on how to work different lures. A number of tackle companies will be represented including Fladen, who will be showing off their Nano Microwave lure rods and their new range of lures, as well as Alvey Reels of Australia.

For those interested in Kayak fishing, Darren and Simon will be doing taster sessions after my lure workshop.

The great thing about a trip to Lyme Regis, is that the family can enjoy the beautiful little town with its stunning beach, whilst you get to browse at some tackle 🙂 for more information on what is happening tomorrow check out the Tackle Box Facebook link

If you have not been coming back to Fishing Tails regularly this week, then you have missed some great articles from the North East, to the South West of Cornwall. Check back through this weeks posts. I know you will find something you like.

Chesil Beach forecast: I was asked a question on my Facebook feed earlier in the week about fishing at West Bexington. The Angler wanted to just turn up, park and hopefully catch fish. Another angler replied that it was better not to bother as he had been the week before and the fishing was rubbish. I have included part of the conversation from the thread below:

West Bexington, like most of Chesil Beach at this time of year, is very much about getting on to a specific mark. If it is Plaice that you are after then you need to be hitting the clay beds where they feed. The same can be said when you are targeting Bream. They like to hang around structure. That might be something as small as a large rock or two, or even an old rib from a long forgotten sunken wreck. Despite what many people think, Chesil is not a flat and featureless beach. Once you have found a mark that produces for yourself, make sure you take land marks, so that when you return again, you will remember where it is.I have built up a number of marks that I go to in different conditions, depending on what I want to catch, but it has taken years.A week is a long time in fishing. The fishing may have been rubbish last Wednesday, but we were at the start of the spring tides. Large tides normally mean a short window of opportunity, when the fish feed due to the strength of the current, especially at the Western end of Chesil. They often only feed during that one hour period of the tide phase, when it drops in strength. Another misconception is that high water is the best time to fish. That is certainly not true of Chesil. I find the ebb towards low water often produces more fish.
In a nutshell, don’t expect to just turn up at the car park at West Bexington or Abbotsbury and catch loads of fish. Sometimes you will get lucky, but good anglers make their own luck. They put in the effort to find the marks, and often have to walk a considerable distance. I know this is not possible for those that are unfit or are incapable of climbing up the steep shelves.
One man that made the effort is Kevin Webb, who showed how good Chesil can be. In a last minute session this week he managed a lovely Codling of 6lb 6oz. 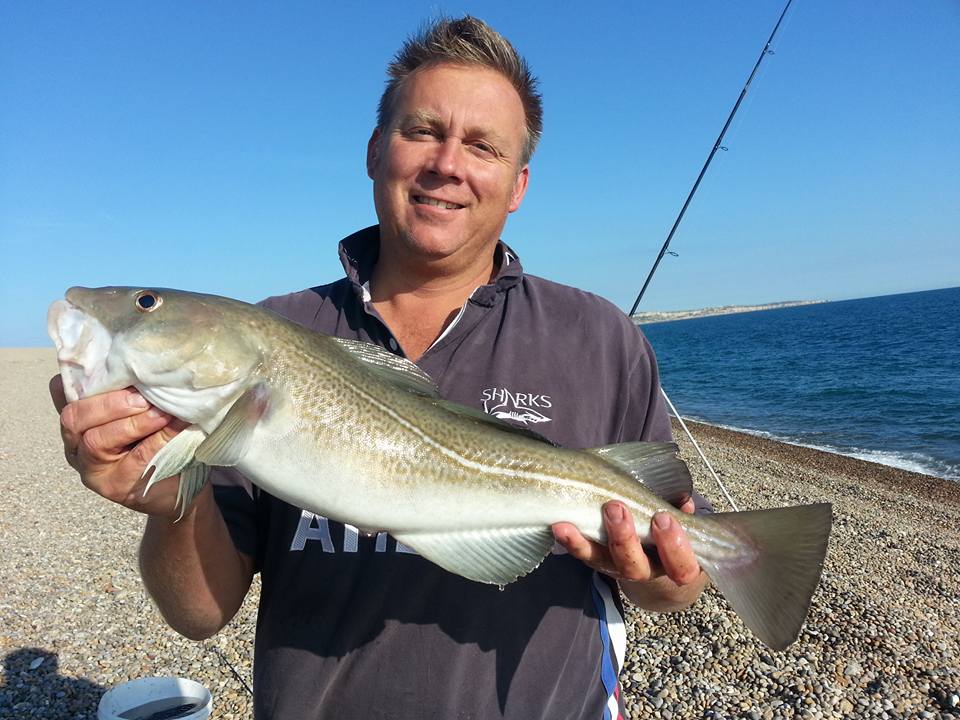 If that wasn’t good enough he had Mackerel, Plaice and a Cuttlefish of almost 5lb. His is not the first Cuttlefish caught of Chesil this week. 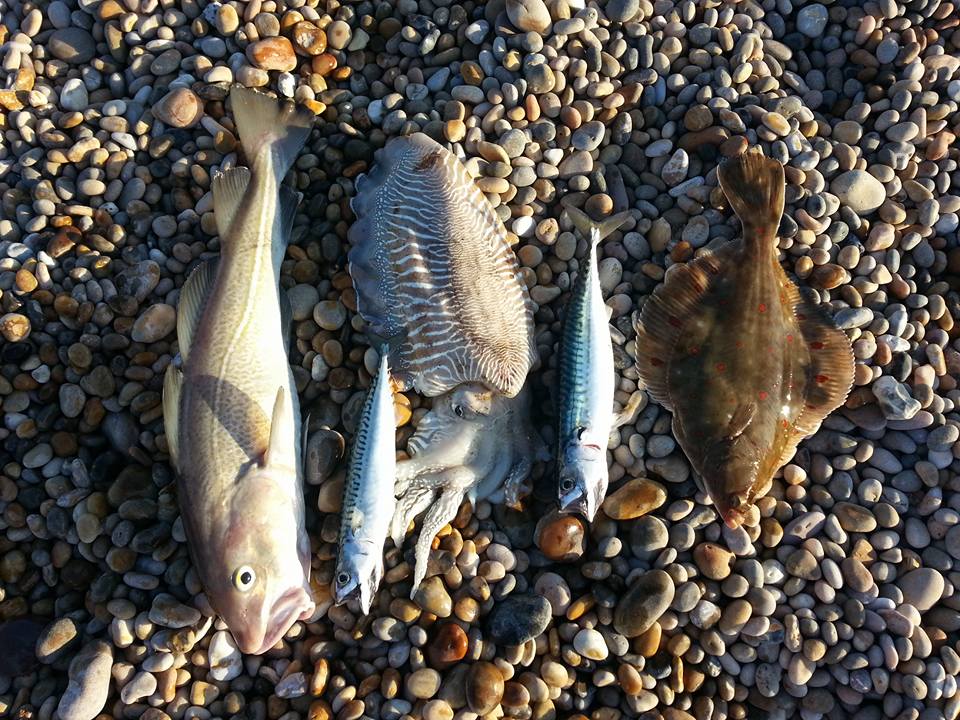 Portland: I have spent a lot of time fishing Porland over the past few days, as we have been busy filming our latest video. It is going to be fly fishing for Wrasse. To say that the lure and fly fishing has been good is an understatement. However tides this weekend are quite small and not at a great time for Pollock fishing. Having said that, if you target areas such as Chesil Cove and Church Ope Cove at first and last light, you will be in with a good chance of picking up a Pollock and even a Bass. 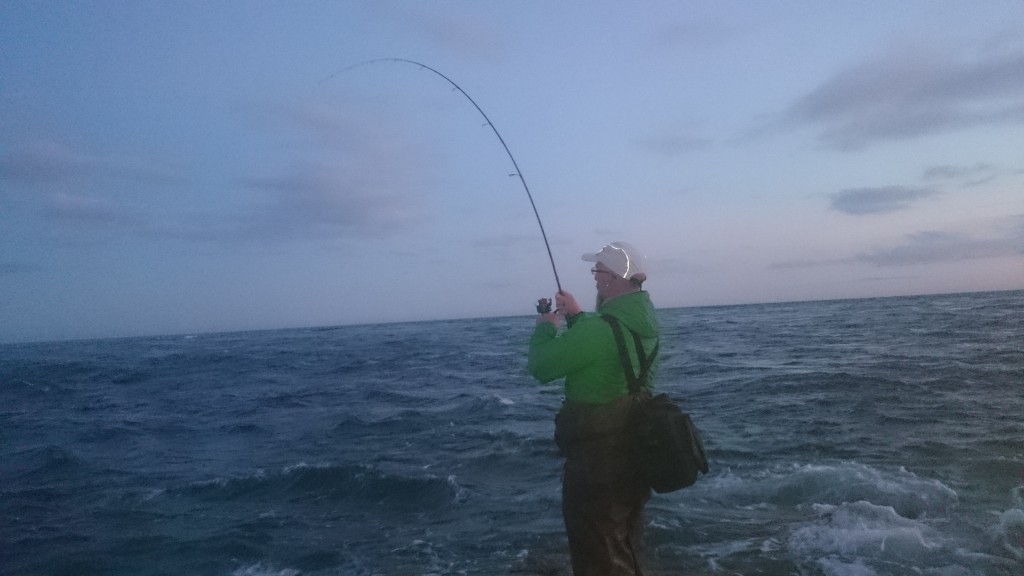 Portland Harbour: Small tides are never great for fishing the harbour. You are likely to pick up resident Flounders, but don’t expect many Bass.  If you want to target Mullet, then Castletown is a good mark. The rocks along the front of the helicopter base often produce specimen sized Mullet on float fished bread.

If you want to try fishing the harbour from a boat, then you can expect some great sport. The Bream are around in reasonable numbers in the deeper water, as are Pollock and Wrasse. If you anchor up then you have a very good chance of a Thornback.

If you missed yesterdays boat fishing post, have a quick look at a small snippet of video that I took with my Waterwolf camera on Wednesday. It certainly opened my eyes to what you don’t see under the water.