Fishing Tails > All Articles > Reports > Chesil Beach > Undulate Ray Revival
Enjoy the weekend, it could be a Cod one. Had enough of Cod, how about some Plaice fishing? 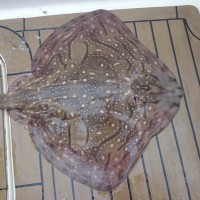 Fishing for Undulate Rays over the past two years has been really good, both from the shore and the boat. This has to be put down to the fact that Undulate Rays are on the Red list of protected species, and have been for a number of years. Undulates and a number of other rays are not allowed to be landed commercially, thus allowing stocks to recover. It is one species that I have never been able to land and is pretty high on my wish list. 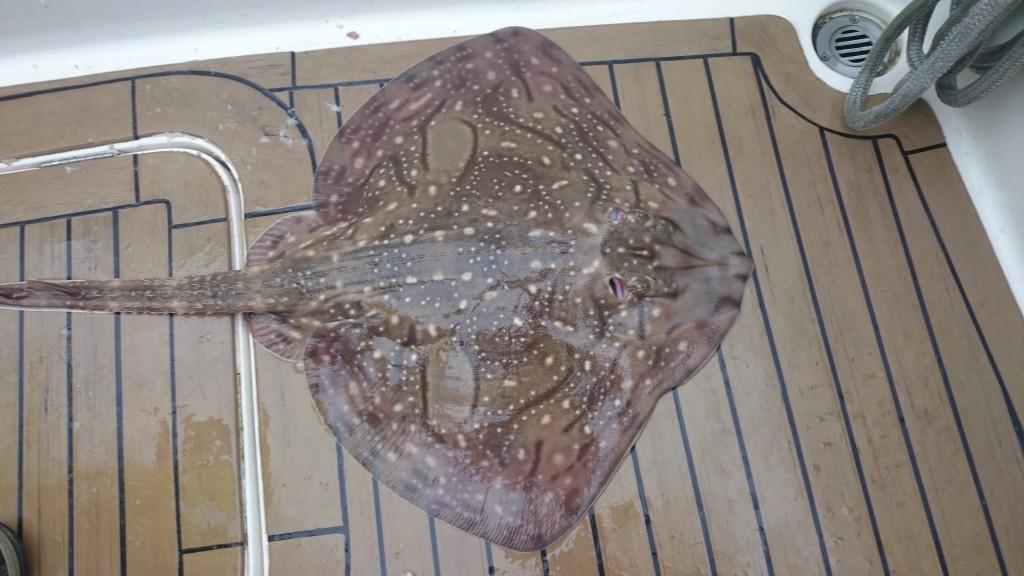 Whilst doing a guided boat trip on a clients own boat on Sunday, we managed to get into some nice Rays. I managed several Thornbacks, but Rita managed to hook an 11lb. Undulate, which was one of the first fish she has caught; I was a little jealous. 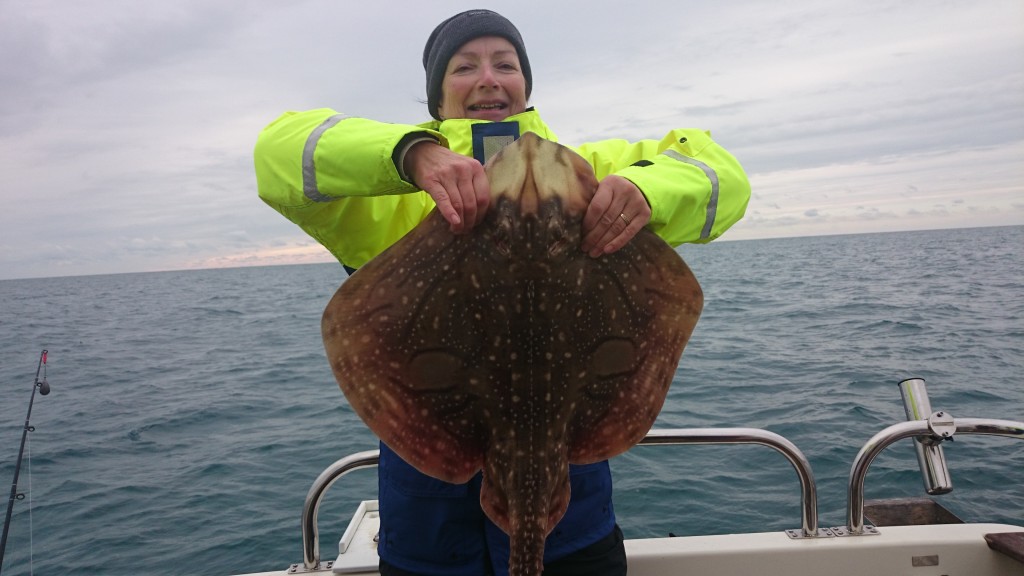 If that wasn’t bad enough, when I got home I looked at Facebook to find that one of my friends youngest son had just landed a monster 16lb Undulate from Chesil. Ethan who was only 10 years old, was fishing the Weymouth monthly shore competition at the time. Despite struggling to land the Ray, he did manage to do it unaided. 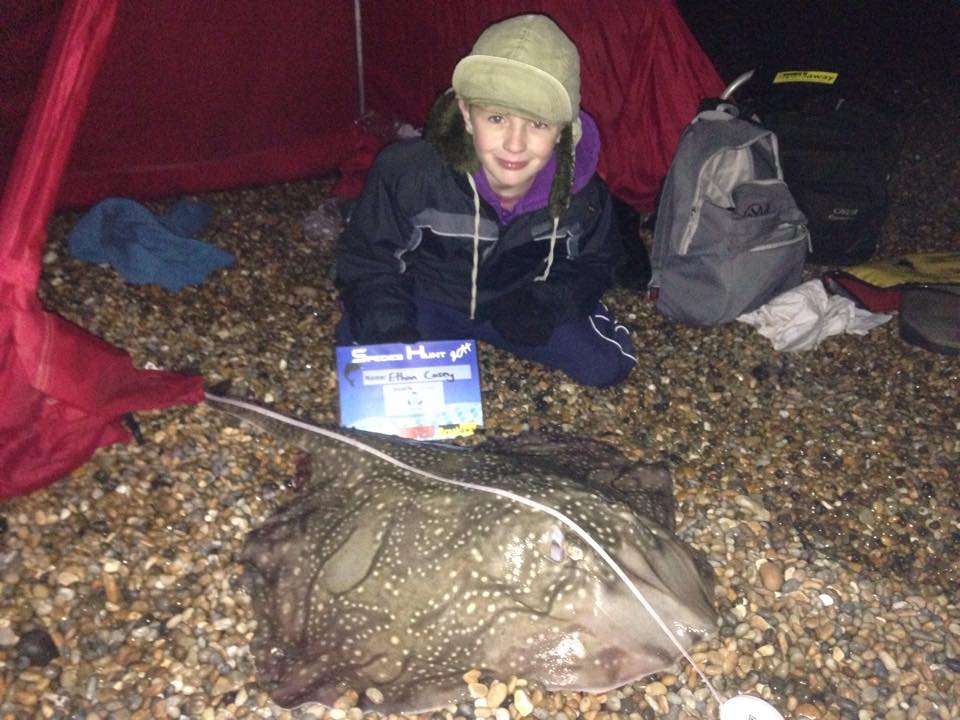 Chesil Beach forecast: A little surprise in the forecast today is the possibility of catching Plaice. As is usual at this time of year, the Plaice move from the Western end of the beach down to the East and towards Portland. They can stay down the Portland end for up to a month, before they finally move off to their spawning grounds. I know of several anglers that have caught Plaice in the past week. Most have been using Cod baits, which means that the Plaice are happy to go after big baits to put on some extra weight. If you try the more traditional Plaice bait, such as a Ragworm tipped with Squid you might end up with a plump prime conditioned Plaice.

Other species that have been showing regularly over the past week have been Smoothound and my least favourite species, Conger Eels. The eels have been no more than a couple of pound, but they are in large numbers. It may be that they are just migrating to another area, and are just passing through.

Whiting and Codling have been making up the majority of the catches recently, but the number of Codling seem to be slowly dropping.

Portland: The water temperatures are starting to drop rapidly now, and I have noticed that the fishing around the Island is also changing quite quickly. A lot of the smaller Wrasse are moving off, leaving the much larger ones to get to your baits, before the small ones have stripped the hooks bare. This time of year hardback Crabs will sort out the much bigger Wrasse. Velvet Swimmers and Hermit Crab seem to be the favourite for big Wrasse. Don’t forget to use a rotten bottom if you want to get a fish back in.

With the temperature drop, we often find that the Bass shoal up off the Island. The next couple of weeks can often produce sessions of 5 or more Bass to lures in only a couple of hours. I have a couple of new lures that I am keen to try out, so I will let you know how I get on with them.

Weymouth Bay: Another area that will produce Flounder, as well as Dabs is Weymouth Bay. They can be caught from within the harbour and on Preston Beach. The piers are still producing lots of smaller fish such as Pout, Pollock and Wrasse. There are still quite  few Garfish around and they can easily be caught on float fished Mackerel strip.

Poole: Leo tells me that the Flounder fishing in Poole Harbour is really heating up now. Expect a full report from the Poole area tomorrow. 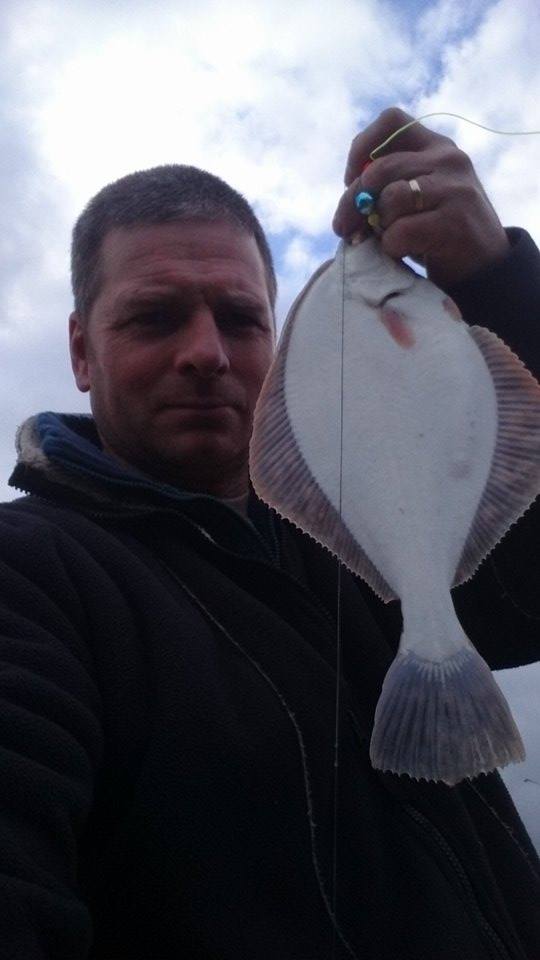 SUBSCRIBE
Enjoy the weekend, it could be a Cod one. Had enough of Cod, how about some Plaice fishing?