Fishing Tails > All Articles > Reports > Chesil Beach > The Cod just keep coming
Waiting for the storm to pass. Why Angling Is Healthy For You 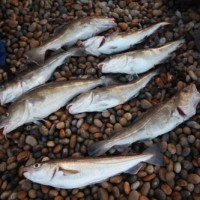 Well done to Dave lane for winning the Chesil Cod Open at Abbotsbury yesterday. He managed to land 17 Cod for a total weight of 28lb 10oz, he even managed a treble shot of Cod at one point.

I managed to get out twice over the weekend. I was quite excited that I managed to get onto the beach almost as soon as the winds dropped on Saturday. Despite having a fantastic sunset there was too much weed in the water to be able to fish. 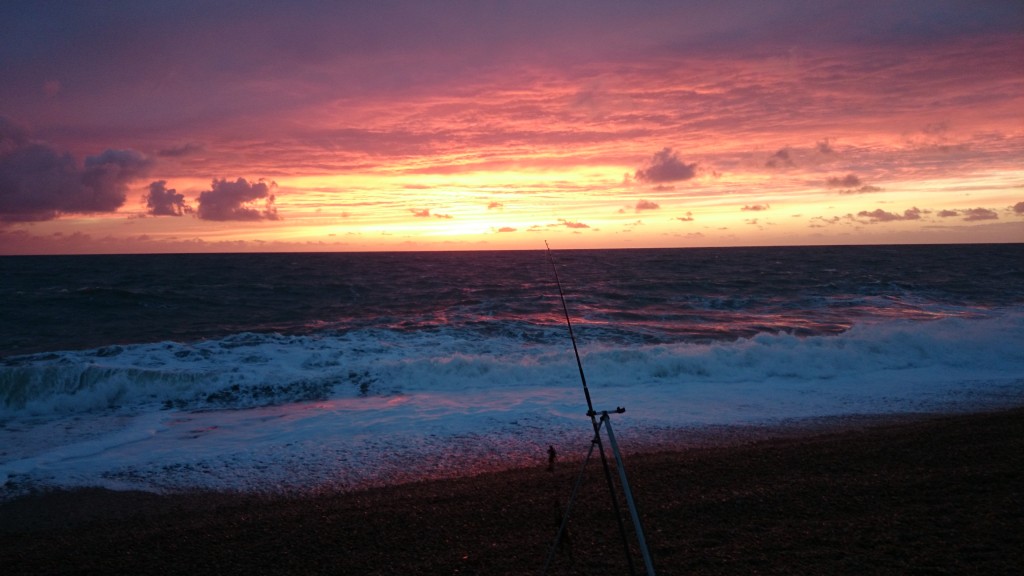 Despite blanking on Saturday I was out again with my mate Paul Black on Sunday. I arrived about an hour after him, and in that time he had already had 5 Codling up to 3lb. All of them came to Peeler Crab. That seemed to be the story for the day down at the Portland end of the beach for us. We had a few on Lugworm, but the crab far out fished every other bait. The same was not repeated everywhere, as a lot of anglers caught on worm. 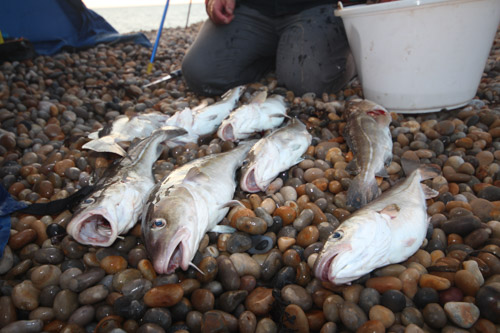 I managed to find quite a few Bass, unfortunately, most of them were small. As the water started to clear and settle the Whiting moved in with it becoming almost impossible to get through them. One or two of them were of a lovely size, as can be seen in Paul’s picture. 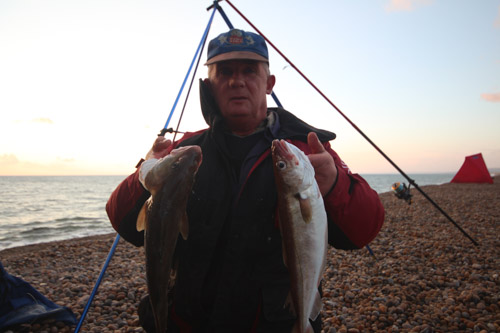 The outlook for the rest of the week looks promising, as we are going to have days of windy weather, then days of low winds, which should create similar conditions to Sunday’s. The downside is that the Bream may well decide to move off, especially as we have seen a sudden drop in the water temperature.

If all goes well with some last minute tweaks today, we will be in a position to announce some exciting changes that will take place tomorrow. Make sure you come back and see what we are up to.

Chesil Beach forecast: Cod and Whiting should be in abundance this week if the conditions allow you to fish. Tuesday looks like the worst day for wind, but after that the fish should be back in range.

SUBSCRIBE
Waiting for the storm to pass. Why Angling Is Healthy For You