Fishing Tails > All Articles > Reports > Poole Harbour > The wrong choice.
The Bass are back….. At last the fishing has started to take off 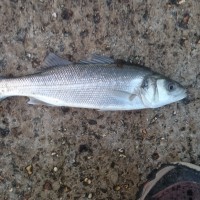 After collecting a dozen or so prime peelers and digging some fat juicy lugworm on Saturday afternoon. The question was where to go??


Selsey or the Solent were too far for the smoothound so decisions??
As Sean has commented this weekend really kick starts the summer season in terms of Bass fishing, and for myself personally, I wanted the option to make the most of the warmer weather by camping out overnight while fishing.
For the last few years on this set of tides I like to camp/fish Warbarrow bay. The bay itself lies in the middle of the Lulworth ranges and is only open at weekends. Alternative opening times can be found on the Internet and I believe the Poole Echo on Thursdays. The gates to the car park are locked at dusk and re opened at 9am the next day. So really no other option than to camp overnight. This venue also requires a long downhill walk to the shingle beach. So its not a suitable venue for wheelchair users.

So where did I go? Sandbanks! An ongoing dodgy knee problem has had me hobbling around for the last few weeks. My trip to chesil last week nearly crippled me!! So It was sandbanks or nothing!
Fishing three rods at various distances with peeler on two and lug on the other I was hoping for an early Smoothound or Plaice or Bass on worm. 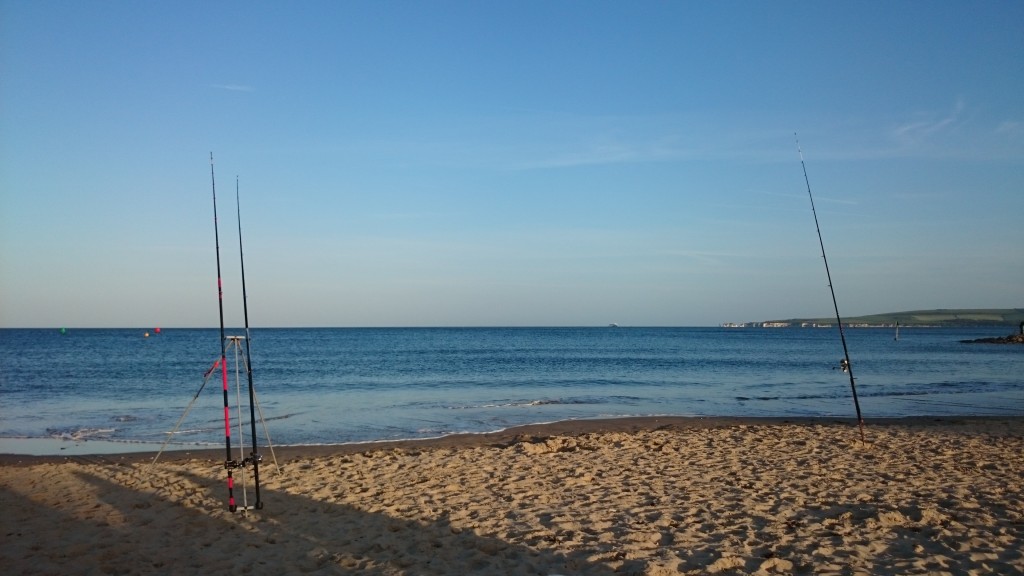 The final result after 5 hours in the cold north western wind. Another big fat zero!! Well that’s not strictly true if you count the two inch lesser spotted Weaver I foul hooked reeling in; not a welcome sight! 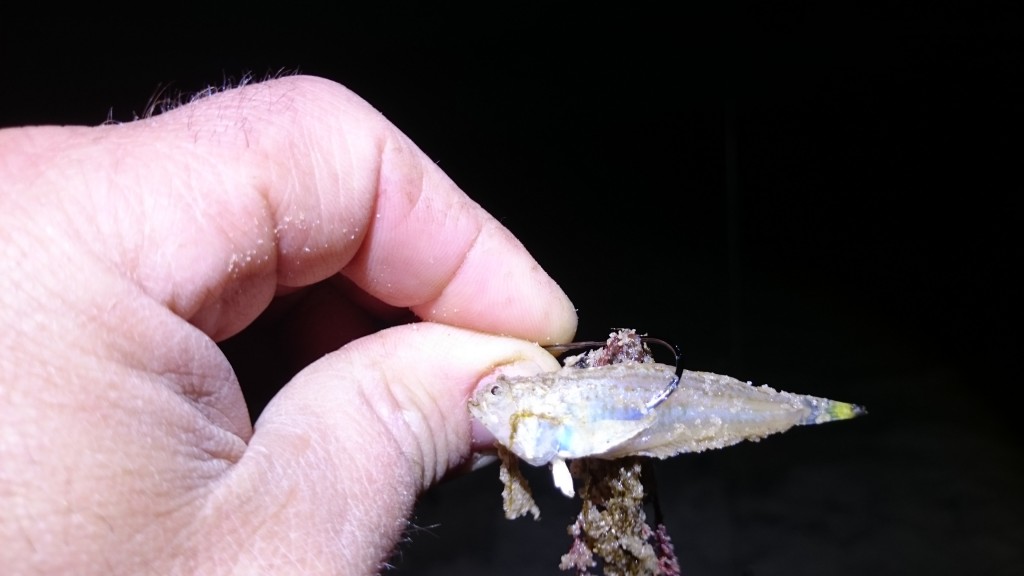 I spent a bank holiday in casualty after stepping on one of those beasties 2 years ago. Very painful!!
The best cure for a sting is hot water, as hot as you can bear for 15 minutes! The other is to pee on the sting!I think I’ll stick with hot water!

Saturday may have been a total loss. But after fishing chesil the Saturday before I gutted the lug I had left over. To gut the lug I simply nicked the head of the worm and squeezed the juice of the worm out. After that I rolled the gutted lug up in a folded page from a newspaper. This way they keep for well over a week in the fridge!
Using this bait I had a fishing session on Wednesday night midweek. I had a few sizeable bass. All were returned after a photo shot. Good news as the bigger ones won’t be far behind. 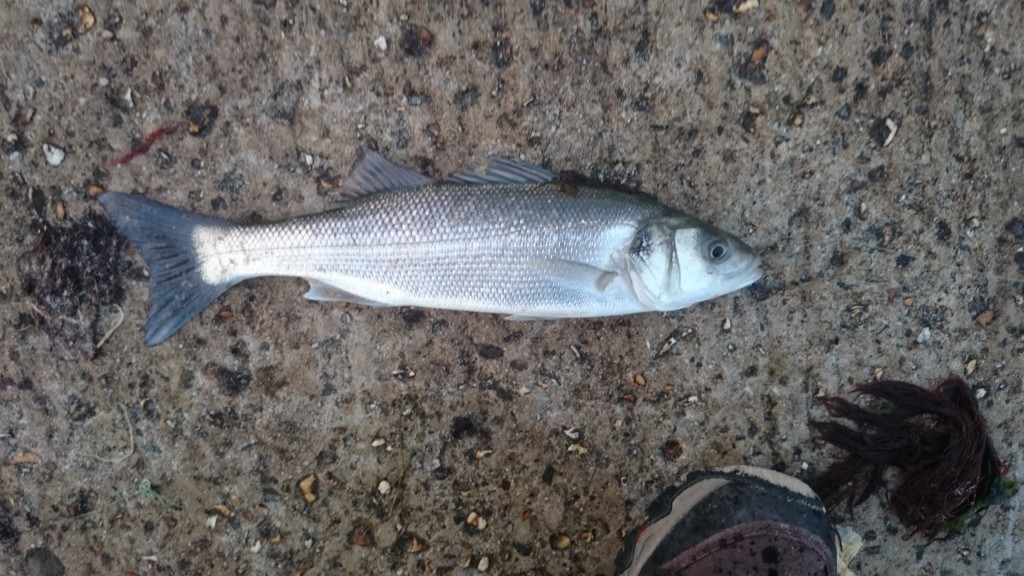 On another sad note I heard an unconfirmed report of numbers of smoothound being found washed up dead along the beach up the solent after Saturday night. We have all had it. Fish like doggies deeply hooked don’t fare that well on being returned. But it would seem this was a very unacceptable amount of fish. There has already been some finger pointing about how and who. Regardless! The bottom line is nobody will be enjoying their fantastic sport any more; rant over !!!

All of the Purbeck isle is coming alive now. With this in mind I will be looking to use the long summer nights to look for the Bass, Huss, Conger and Ray from all of its marks. Reports to follow ?

SUBSCRIBE
The Bass are back….. At last the fishing has started to take off