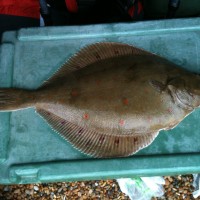 The calm after the storm! I am back from my trip to Spain and I know you have had some pretty rough weather whilst I have been away. I had a look at Chesil yesterday afternoon when I got back and even though it was still a bit rough, I could tell that the water had already started to clear. I had another look this morning and it is a lot more settled and with these large tides, it wont take long for the water to clear.

As I predicted the rough weather produced a few Codling up and down Chesil. It produced more Bass, with some cracking fish being reported from West Bexington and Burton Bradstock. One angler that took advantage of the changing conditions was Tom Jones, who cast out a 3 hook flapper of Ragworm tipped with lug, only 30 yards out and landed himself a 4 1/2lb Plaice. 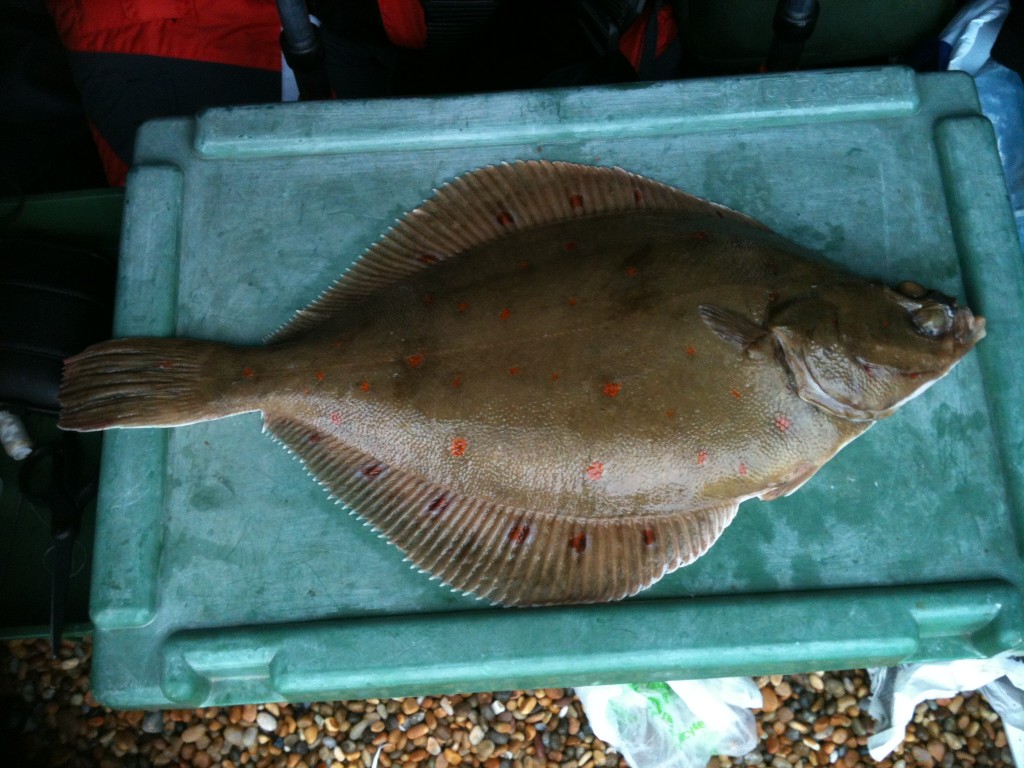 Chesil Beach: A lot calmer than it has been for the past few days, but the waves and swell are still exceeding 1m. The visibility is poor, but it will improve throughout the day.

Chesil Beach forecast: I know I am sitting on the fence a bit, but this is a tough one to call. The fish will either be stuffed from gorging themselves over the past few days, or the coloured water yesterday, may not have held much in the way of food and the fish will be feeding heavily. I hope it is the latter. It is not unusual to find large numbers of Dogfish and Pout in close during the day in these conditions. Garfish are usually very active as the water starts to clear, as are Mackerel. Fishing from the Portland end of Chesil should bring Wrasse, Pollock, Black Bream and maybe a bonus Trigger Fish. To the West Plaice and Dabs are well worth targeting. The Dabs love small pieces of smelly black lugworm fished in close.

Large packs of Smoothound have moved out of the Solent and seem to be heading west. This is good news for anglers on Chesil. If you use live Peeler Crab, you could be in for some great sport. Don’t go too far from your rod, as even a 6lb fish is capable of taking your rod into the water.

Portland: As the water settles the Wrasse move back in feed aggressively. Bait or soft plastics will take Wrasse. Tides are perfect for dawn and dusk sessions on the rock ledges around Portland. Pollock should be around in numbers, though they have been a lot more scarce this year than usual.

Portland Harbour: Large tides at this time of year bring in lots of smaller Bass in to the harbour. Flounder and Gilthead Bread are still a possibility. Take advantage of the Mullet feeding up for heading back to sea for the winter. Shoal of Mullet can be found around Sandsfoot, Ferrybridge and Castletown.

Weymouth Bay: Mullet in Weymouth harbour are also feeding up, and the Thin Lipped Mullet are starting to move out of Radipole and back into the main harbour.

Fishing from both piers is at its peak now, with numerous mini species, as well as larger Pollock, Pout, Wrasse, Garfish and Mackerel around. I have heard of a few Squid and Cuttlefish being caught from the piers.

The clearer water at the Preston end of Weymouth Bay should produce Flounder, Dabs, Gurnard and small Bass. Smoothound and Rays are always possible.