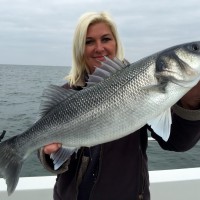 The most significant change in Sea Angling history – A 3 Bass daily limit – NOW with added MLS!

As of the 1st September 2015 the new Minimum Landing Size (MLS) for Bass is 42cm! This coupled with the 3 bag limit is the recreational anglers contribution to help Bass Stocks recover from their current precarious levels. The official method of measuring is from the tip of the snout to the tip of the tailfin as shown below. 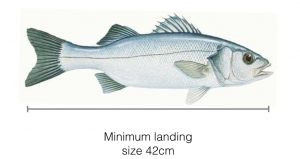 One of the most significant changes to affect recreational sea anglers came into place at midnight last night. The EU, have imposed a 3 fish limit for recreational anglers fishing for Bass in most of the UK, North Western France and the Netherlands. The map below shows in blue, the area that the limit has been implemented. 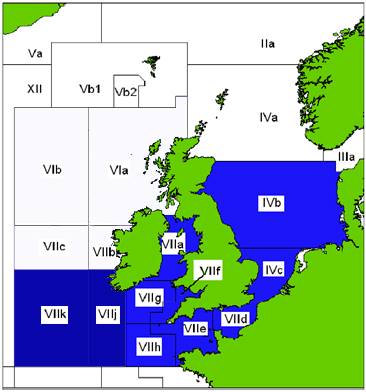 One thing’s for certain, it has a lot of Sea Anglers talking about the changes. Some like myself welcome it and others are up in arms about the whole affair. Lets take a look and see what this means for the future of fishing, those who make their living from it, and how the new rulings will be enforced, if that is even possible.

In reality, most shore fishermen would be having a good day if they managed to catch 3 Bass in a day. Having said that I have had sessions where I have had over 20 in a few hours, and even one red letter day, where between myself and a client we managed 30 in just over 2 hours. It may be that when the restrictions start to show their intended benefits, more  anglers will experience such days.

Boat anglers often catch more than 3 Bass in a day, especially when they are targeting them. How many are going to want to continue spending thousands a year to run a boat, when they are limited to a 3 Bass. The knock on affect to the Charter Fleet could have widespread implications. Many charter boats rely on Bass trips to make up a considerable percentage of their bookings. I asked Mick Mahoney from the Charter boat Spirit of Arun how this would affect their future, she responded with this statement:

The boat is booked throughout the year by groups who specifically want to go Bass fishing, these include the lure angling society, various organisations and clubs who wish to target them with lures only. In addition we are often booked and supplied with sandeels for live baiting.
The problem occurs when we locate a feeding shoal which is generally holding up in a small area such as a bank or a holding rock. In order for us to continue fishing throughout it is important that we do not spook the shoal which results in us travelling a considerable distance down tide in order to release fish away the shoal area. With the methods I have described above we average approx. 3,000 bass per annum. Whilst this figure may seem a considerable quantity for recreational angling it pales into insignificance compared to the numbers landed by drift netters which can be better measured in tonnes. It is a little early for us to determine whether bookings will indeed be affected by the new limit, but from talking to some of our customers most seem happy to accept that a three fish limit is acceptable. For example Spirit of Arun is licenced for 8 so 24 fish in a day would be considered fine. No one is saying after all that we cannot continue to fish for them after the boat limit has been reached providing of course we can keep the fish feeding when we return fish which are caught after the limit is reached. For us of course, it doesn’t stop there. As we are based in Littlehampton we are also having to contend with possible restrictions on our Bream fishing within the new designated MCZ at Kingmere. Whilst no final decision has been made, we are advised that there is potential for catch limits on Bream, a no anchoring provision or in the worst case scenario a total exclusion of the site which would include a high percentage of our Bass fishing marks. We have already had customers booking less trip for 2016 based on the fact that they will be able to catch as many Bream as they want in other ports such as Poole where they will not be any restrictions with regards to a bag limit. 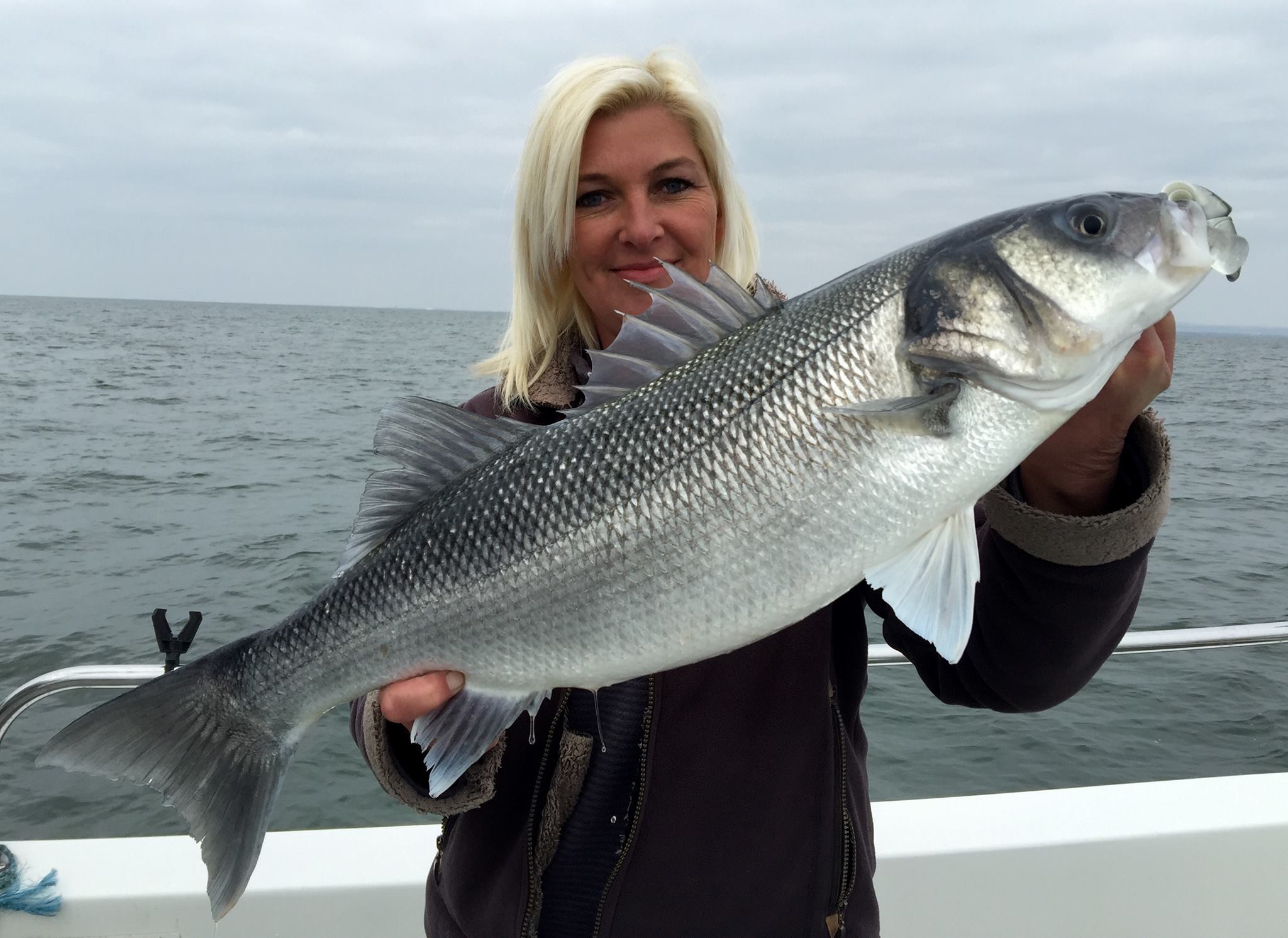 I also asked Paul Whittall, owner of Offshore Rebel the same question. Paul, like myself finds it hard to believe that recreational anglers are responsible for  catching 25% of reported landings. Others believe that an increase in the minimum landing size to 42cm, would have a more significant affect on the stocks than imposing a limit of recreational anglers. I personally believe that the new measures are not enough, and more needs to be done with regard to targeting Bass during their spawning period. I would like to see a blanket ban on all landings of Bass between January and April.
So how is this bag limit going to be policed? It is hard enough trying to stop poachers on fresh water venue’s, how on earth can any agency expect to cover hundreds of miles of coast line?
They seem to have succeeded on doing it in Souther Ireland. Yes you will always have people that will break the law, but over all the 2 fish limit is well maintained there. Which ever agency was responsible for enforcing it would have to  impose severe fines to deter those happy to break that rules. It would need to initiate a campaign of education, not just on bag limits, but on minimum landing sizes.
Lets not kid ourselves, this is not a quick fix solution. As the Bass as so slow growing we probably wont see any significant improvement in numbers for at least a couple of years. But it may be that when these and other measures take effect, we will see more Bass like this pictured below. 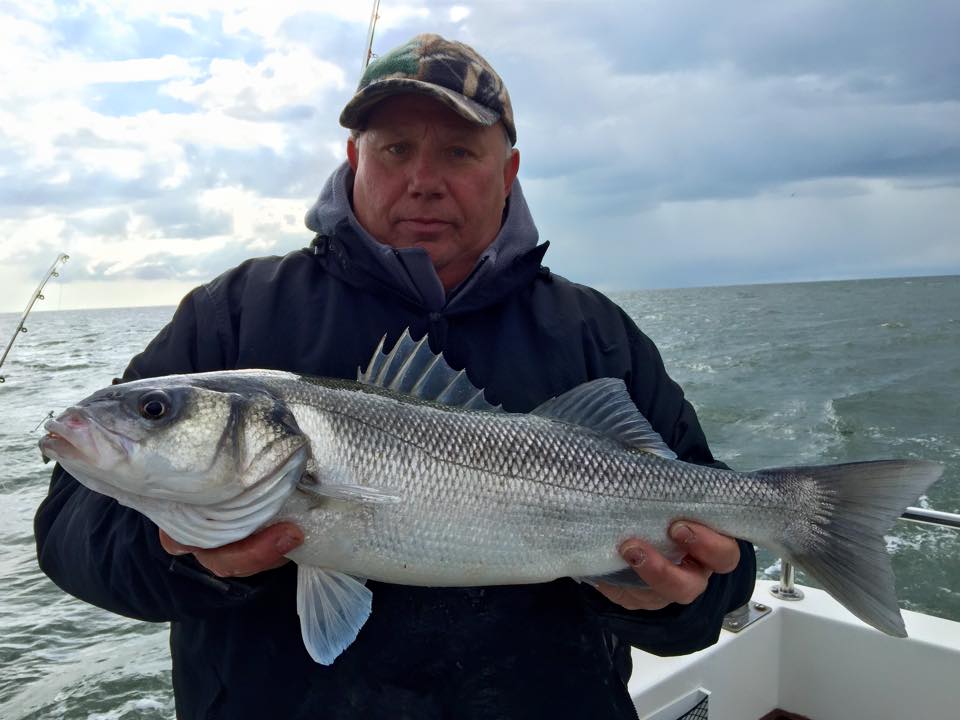 52 Responses to "The most significant change in Sea Angling history – A 3 Bass daily limit – NOW with added MLS!"