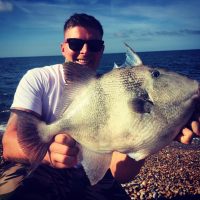 Summer fishing is well upon us and it seems that everyday the fishing just gets better. I reported on Monday about the Bream moving into the area. It looks like this could be one of the best years for Bream fishing in a long time. I have heard reports of catches of 10 or more Bream in a session, with many being close to 2lb. Dan Austen reported having 8 Bream and would have had more, had the Mackerel not kept hitting his baits on the way down. He says there was so many Mackerel, it was hard to get through them. 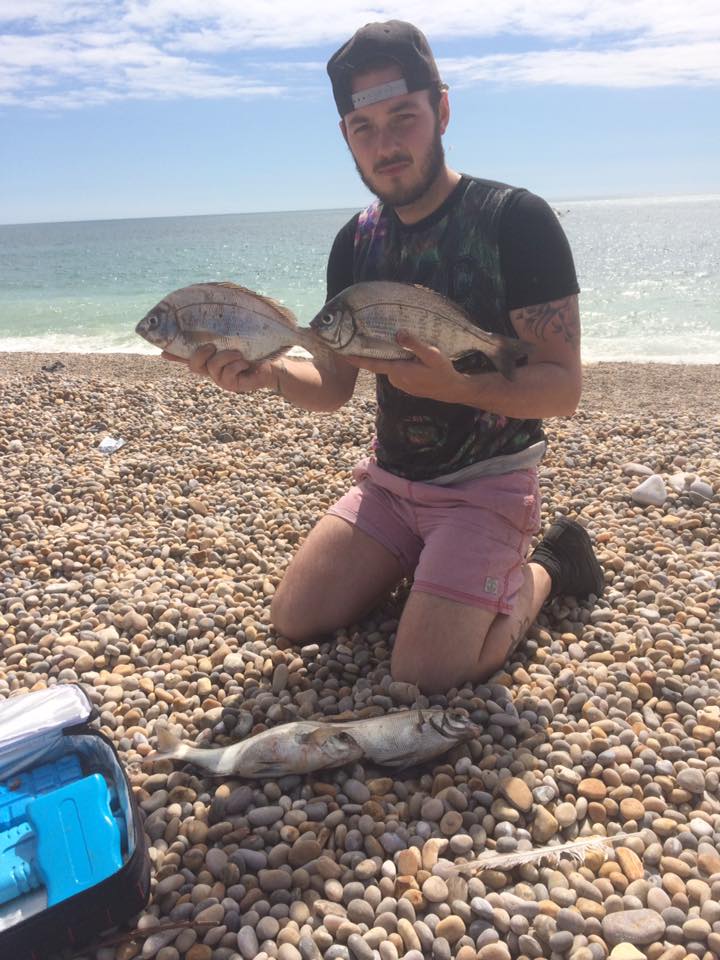 In a recent comment on Mondays Bream article, Clive reported fishing the Portland end of Chesil and landing 8 Bream on Ragworm and Squid. He also managed a Cod around 4lb. I know many of you think that Cod is only a winter species, but we often get a summer run of Cod. I have had two Cod from the boat, whilst fishing only a few hundred yards from the shore this week. The largest was around 12lb. I am pretty certain that we will see a few Cod from the shore this weekend. 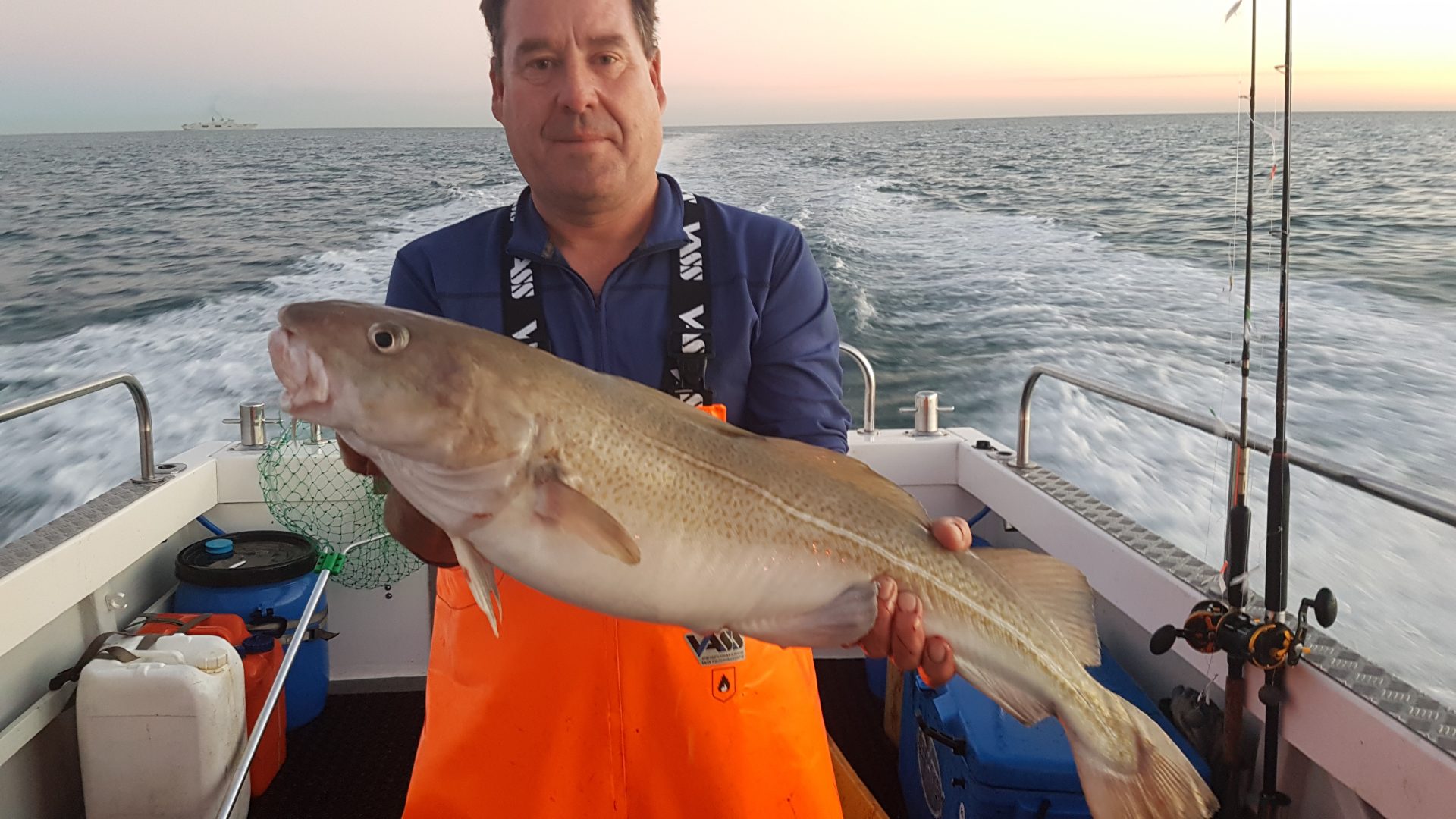 The best catch of the week has to go to Harry Brake with his stunning 4lb Trigger fish. 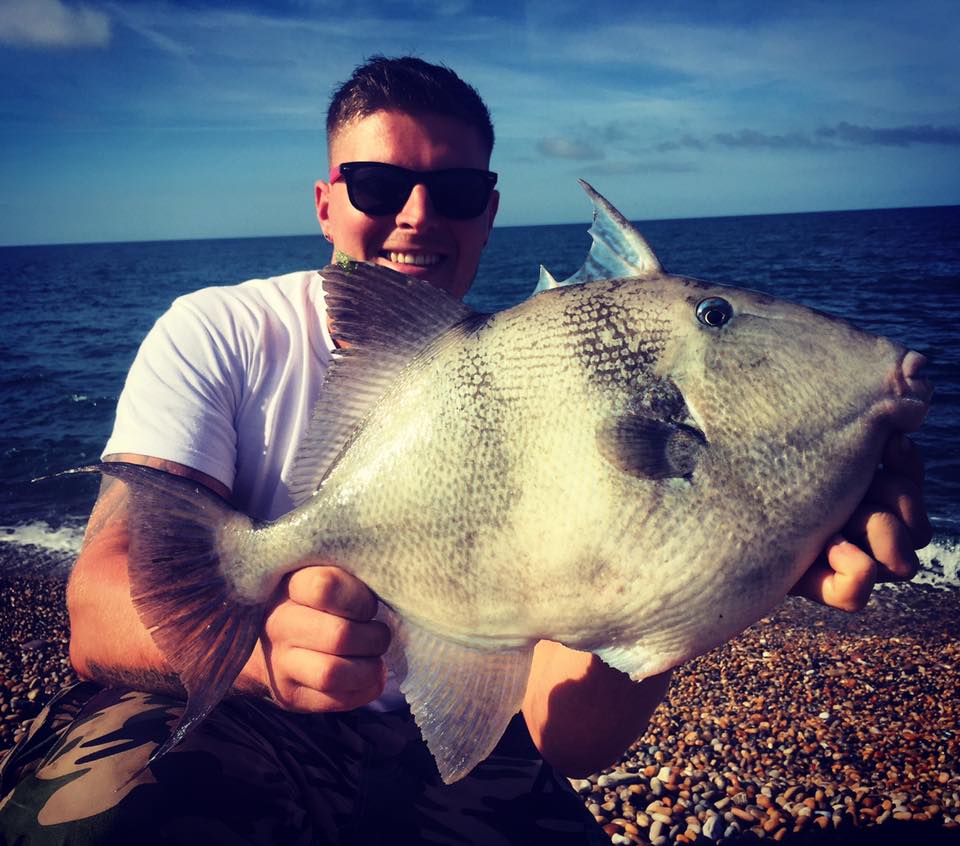 With huge amounts of Mackerel all along the beach, you will get Bass chasing them. There have been a good number of 6lb Bass caught from the Bridging Camp and Moonfleet sections of Chesil. I fished West BExington first thing this morning and once again I was appalled by the number of Mackerel that were being taken by the MAJORITY of anglers. Well the next time you complain about the lack of Mackerel, It is because of your pig headed ignorance and inability to know when to stop. I hate it when I hear anglers boast that they had more than a 100 Mackerel. Unless you are putting some away in the freezer for bait, then you will never use the rest. I am sick to death of people saying that they take them for their neighbours. Unless you are going to clean and fillet them for your neighbours, almost all of those fish will end up in the bin.

Chesil Beach forecast: The beach is on fire, Plaice, Bream, Trigger fish, Mackerel, Bass and Gurnard. All I can say is get out there and find a space. It is packed though, even early in the morning. The big problem will be trying to get through the Mackerel shoals.

It doesn’t matter which end of the beach you go there are fish all along it. The Portland end is better for Bream. Best baits are worms and Crab. Purely because anything shiny such as Mackerel or squid strip are not making it through the Mackerel shoals.

Portland: Expect Wrasse, Pollock, Garish and Bass from all round Portland.

Portland Harbour: The fish that everyone is after in the harbour is the elusive Gilthead Bream. If you can locate one Gilthead, you should get a few, as they tend to shoal up around a feature. Everyone has a theory on the best baits for Gilthead, but I like to use Mussels, Peeler Crab and lugworm.

There are several decent sized Bass shoals in the harbour. They move around with the tide all the time, hunting for food and chasing the bait fish. If you find a shoal you can expect some hectic sport, especially using lures.

Weymouth Bay: Lots of fish  coming from the piers. Night sessions at Preston and Bowleaze could well produce Rays and Bass

The piers will be pretty busy now that the school holidays have started. If you are looking to introduce your kids to fishing, then the piers are ideal starting places. They have lots of small fish that are really easy to catch, but you get plenty of decent fish in amongst them. Float fish a strip of Mackerel for Pollock, Garfish and Mackerel.