Fishing Tails > All Articles > Reports > Chesil Beach > Squid starting to show on the South Coast
Could we see Tuna? The Pen Rod – Mightier Than The Sword? 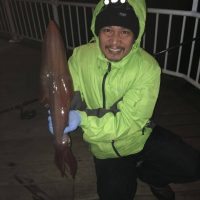 Squid starting to show on the South Coast

I was surprised to hear that the Squid have started to show in a number of areas along the south coast. This is almost a month early, but nothing surprises me this year, as all the fishing patterns seem to be out of sync. As usual the night tides produced the Squid from the piers, but some of the Weymouth Charter boats are likely to stop off on the way in and have a go from the area near the Stone Pier. Squid expert Marlon Hilario had a number of lovely squid over the weekend. 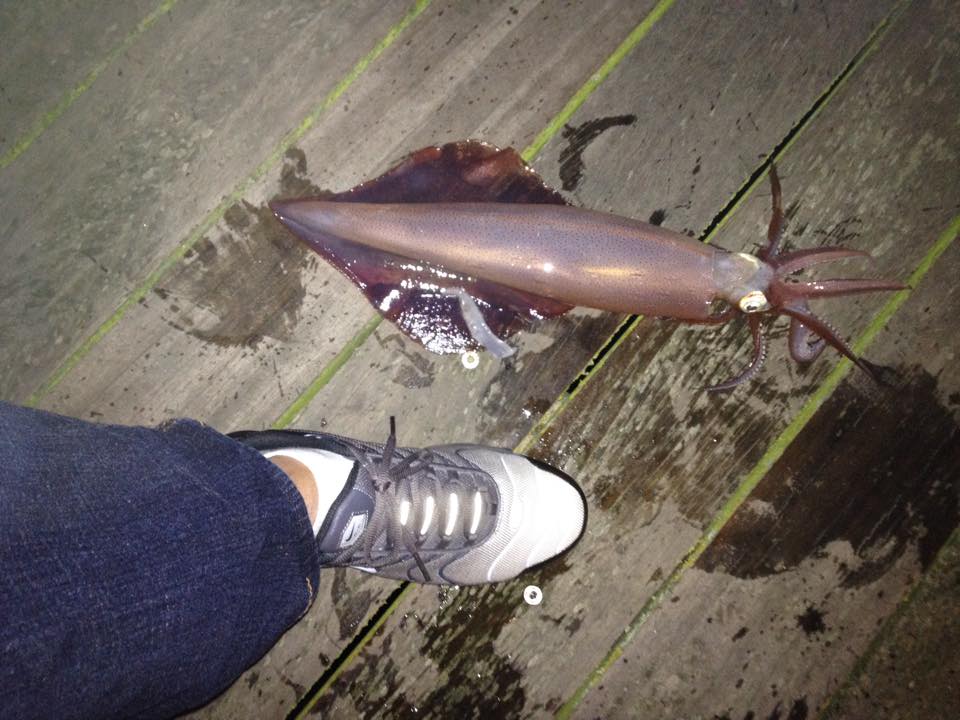 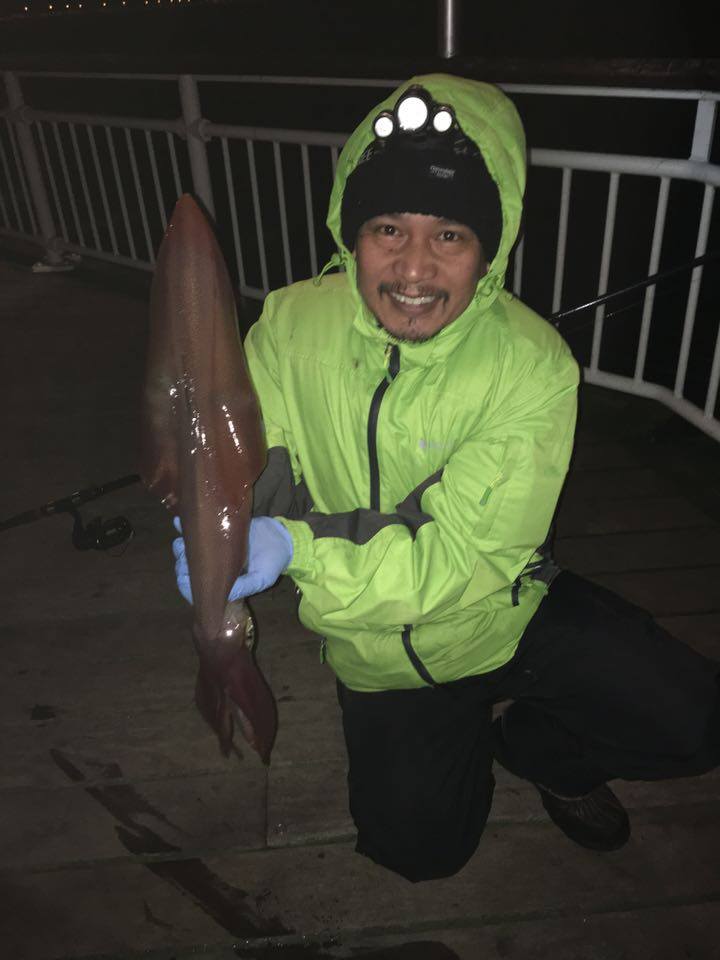 You may remember Marlon wrote a very informative article for us last year, that is well worth a read If you want to try squid fishing.

Not only do I relish the prospect of catching some tasty squid, but they make great bait as well. When the first squid appear, we often see the first Cod, which feed on them. It is also when I normally move over to my larger Bass lures. I believe the Bass will also feed on the squid and therefor become more accustomed to feeding on larger prey.

To be honest the weekend didn’t produce great results from Chesil. The forecast high winds, never really materialised, so conditions didn’t really change too much. Our Poole reporter Leo decided to fish Chesil on Friday in search of Bream and Trigger fish. He reported back that very little was caught, but angler Julian Smith had this nice Wrasse from the beach. 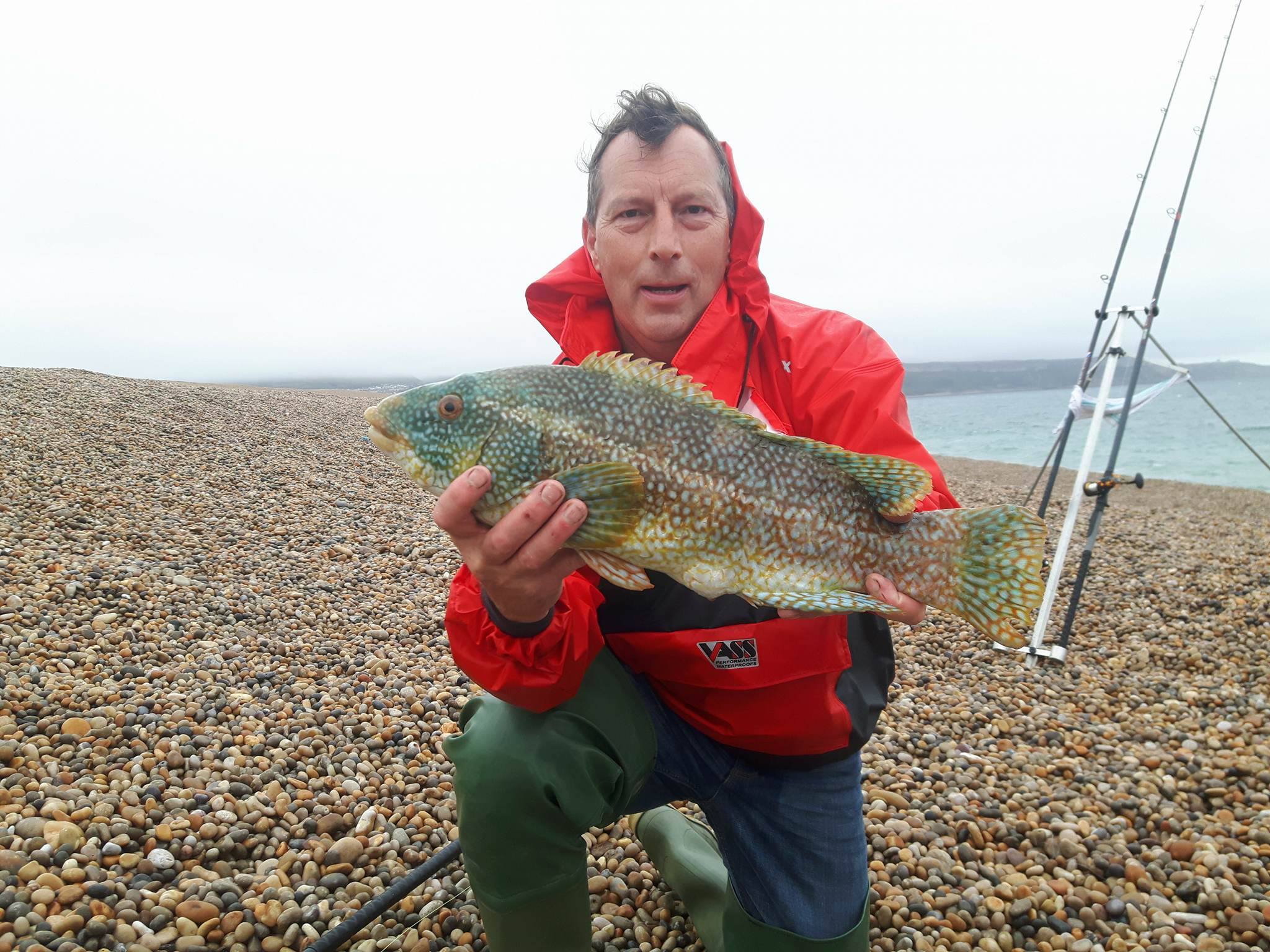 Chesil Beach forecast: Expect to see Mackerel coming back again now the water is clearing and with the Mackerel we should have some Bass. September is a great month for Garfish from Chesil and they can easily be caught using float fished Mackerel strip.

Bream, Gurnard and Trigger fish are all possible from the Portland end of the beach and the Plaice will start to move into the same end of the beach in the next week or so. This can be a great time for mixed bags of fish including Rays.

Portland: The rock marks should fish very well for Wrasse during the day and Pollock at dusk. They Pollock have not been showing at dawn recently, but it is still worth targeting them and Bass at that time of day. As the days become shorter, it is much more convenient to fish at dawn and dusk.

September can often produce some good Bream from the rocks around the Island. As a rule you have to cast as far as you can to find the deeper water and expect to lose gear.

Portland Harbour: I spotted a number of anglers lure fishing around Portland Harbour over the weekend. From what I have heard there was not a lot of Bass in the harbour, but there was plenty of Garfish, Mackerel and Scad. early evening is a great time to target Scad.

Weymouth Bay: Well with the reports of squid turning up very early, I can see both the pleasure and stone pier being busy after dark. Daytime fishing will produce plenty of small Wrasse, Bream and Pollock, with some nice Mackerel and Garfish being caught on float fished Mackerel strip.

The inner harbour has good numbers of Mullet in it. Take advantage of them, before they move out to sea for the winter.

SUBSCRIBE
Could we see Tuna? The Pen Rod – Mightier Than The Sword?

One Response to "Squid starting to show on the South Coast"