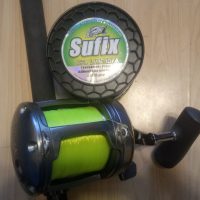 So maybe you’re thinking of getting out amongst our local sharks? The question is with what? Well there are many different opinions on the best tackle for sharks. Some anglers prefer to tackle up lighter and enjoy the sport of smaller sharks where others prefer to tackle up for the monster from the depths and bide their time. I personally prefer the later because if one day I hook that monster I want to be ready for the battle of my life.

Now if you’re going out on a charter boat most will have the gear suitable for the sharks they are targeting. I personally always like to purchase my own tackle regardless of whether I’m fishing on charters or private boats. After all, if you are thinking of spending some serious time afloat targeting sharks it’s well worth the investment and peace of mind. 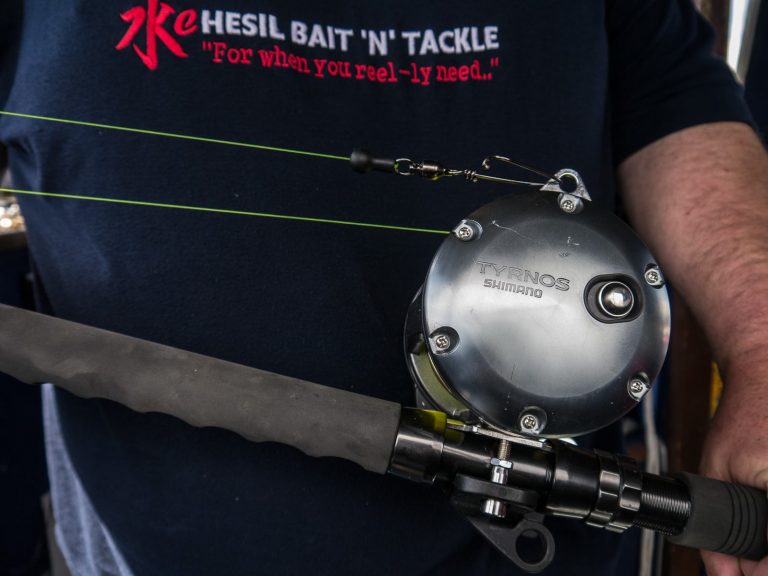 Let’s start with rods. A very personal choice, I have always owned the more stout stand up 50lb class rods for all my sharking. This unfortunately means anything small tends to be lost as you do have some serious leverage over the fish. Not saying they won’t run and pull hard but fights tend to be short lived. Have a look at the beautiful Shimano stand up rods you won’t be disappointed. 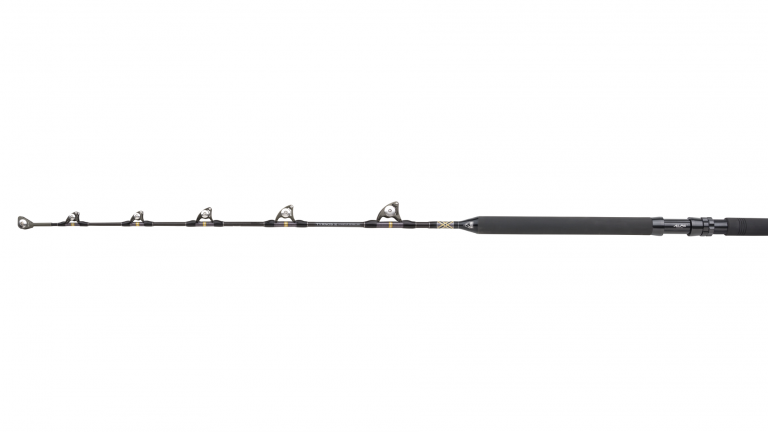 If you prefer something with less of a “Big Game” look about it, the Penn Regiment II 50lb Class 7ft Roller rod really fits in well at around £110 and will give you enough guts to fight most fish but also not over gunned on smaller sharks. If your happy fishing without a roller ring rod then the 50lb class Shakespeare Ugly Stik with its sensitive glass tip or the Penn Regiment II XT 20-60lb are great for dealing with smaller fish although you may lose the upper hand on a monster.

Whatever rod you choose I believe you should be able to get the fish alongside the boat without it being played half to death. Shark’s should be well looked after and respected, if it does not recover its one less out there for the future.

Having spent a lot of time looking at reels I once again went with a bigger reel, I use the same tackle for all my sharking. I target Blues, Porbeagle and Threshers so I like my tackle to be a “one fits all” variety. my Shimano Tyrnos 50LRSA gives me capacity for long running fish with over 700yrds of 50lb mono, this gives you the ability to clear decks and get ready to start the fight before running out of line! 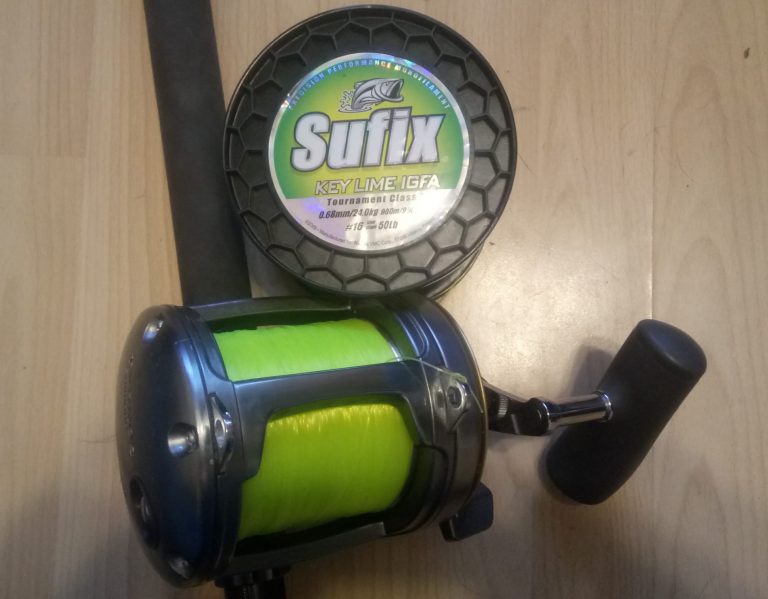 Again, this is pretty specialist, another recommendation would be the Shimano TLD25, this reel is great value and holds a good amount of line. It has been responsible for landing some seriously large sharks in the UK and aboard. If like me you like the finesse and ease of a 2-speed reel the new Penn Squall 16VS will also fit the bill nicely! 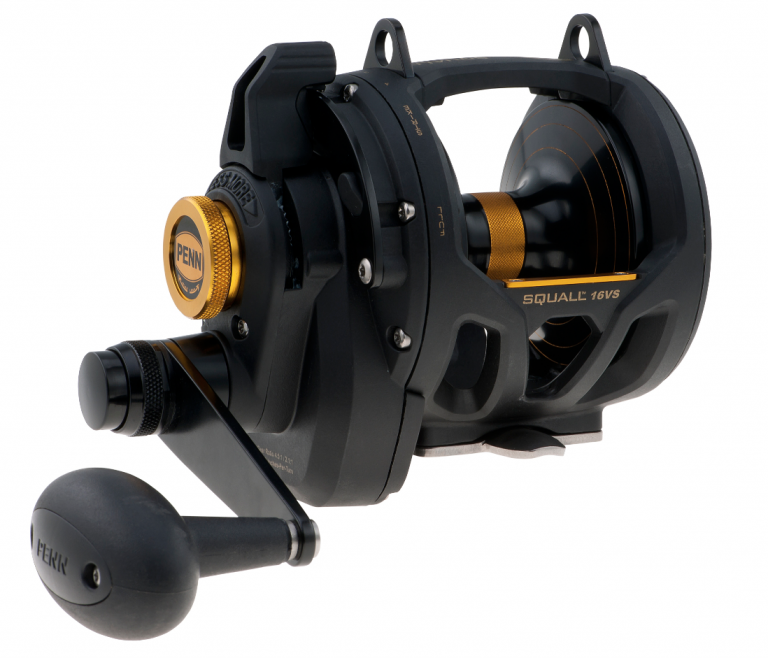 Let’s face it you can have the most expensive or cheapest rod and reel but the two things that connect you to the fish is the hook and the line. Having lost a good fish to cheap line I don’t by cheap anymore. Hi-Seas (AFW), Shimano or Suffix produce some fantastic lines, I like the IGFA types so you know it does what it says on the spool.

There is a debate on the use of Braid or Mono, if you’re going on a group trip or a charter boat mono is the friendliest by far. No one will thank you for wrapping up and cutting through their mono when playing a fish. I also feel mono is much more forgiving on Shark and Angler, that stretch will absorb head shakes and sudden runs. Again, I use 50lb mono for all my sharking, most reels mentioned have a max drag a lot less than this so you’re never going to snap the line through drag. Also, at 50lb it has great abrasion resistance if required. 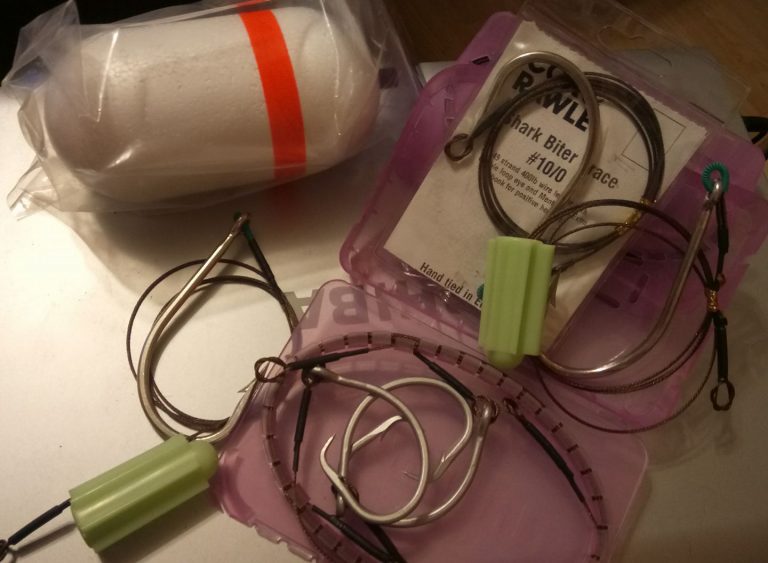 Hopefully this has helped with your choice of equipment and even added some items to your Xmas lists. There are of course hundreds of brands out there, I only mention the ones I have used or have knowledge of and trust in. On the next article I will go through the terminal tackle, rubbing leaders, hook choices and how to construct your own!