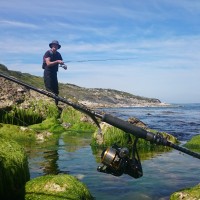 The Rapture Delsol is often seen advertised as a specialist soft plastic lure rod, designed for medium sized fish such as Trout, Perch and Wrasse. It is through the later species that I came across the Delsol. I invited Bill Morris, who runs Outdoor Life, the UK distributor for Italian tackle giant Trabucco, down to Portland for a spot of Wrasse fishing with soft plastics.

The Rapture brand is Trabucco’s Lure fishing arm, which provides a great range of lure products, from the soft and hard plastic lures themselves, to almost every accessory you could think of. When Bill showed me the rod he had brought to tackle the hard hitting Wrasse I was a bit sceptical. My usual lure rods are rated somewhere between 5 – 32g. The Delsol is rated at 3 – 15g which covers a large number of soft plastic lures and fishing styles. It is described as having a medium fast action, which I would agree with. What does that actually mean? It refers to the speed the blank reacts to being put under load and how quickly it recovers to its natural straight position.

As you would expect from an Italian manufacturer, the rod looks great. An 8ft classic black blank made of CX-1 carbon is finished off with high quality silver and gold whipping. The reel seat is very comfortable and secure with very few threads exposed, this allows you to use it for hours without the threads giving you blisters on your wrist. The grips are made of a soft but strong Eva.

K-style SIC guides are fitted which help prevent tangles and allow thin braids and lines to be used without worry of excessive wear. 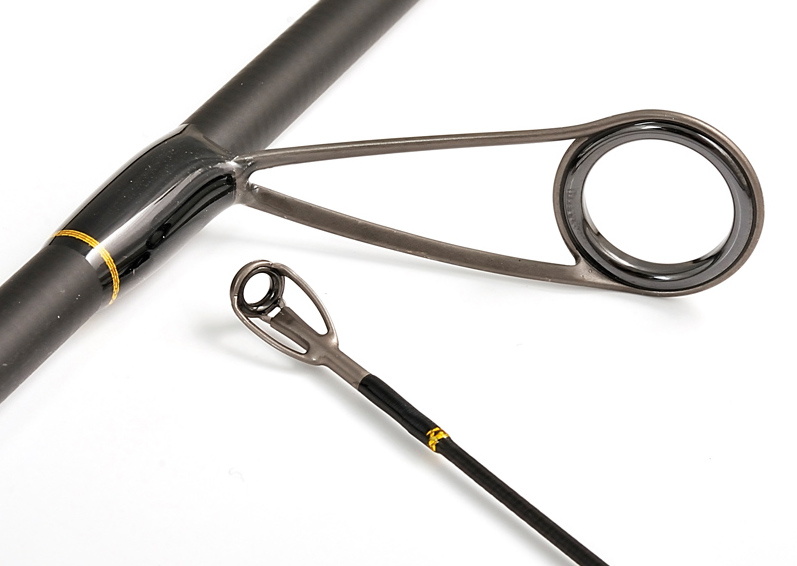 My first couple of sessions with the Delsol, was targeting Wrasse with 4″ soft plastic grub tails rigged Texas Style using 5-7g cone leads. I was amazed at how far you could flick a small set up like this. Not that you need to cast far with Wrasse, as most of them are close in amongst the boulder fields. 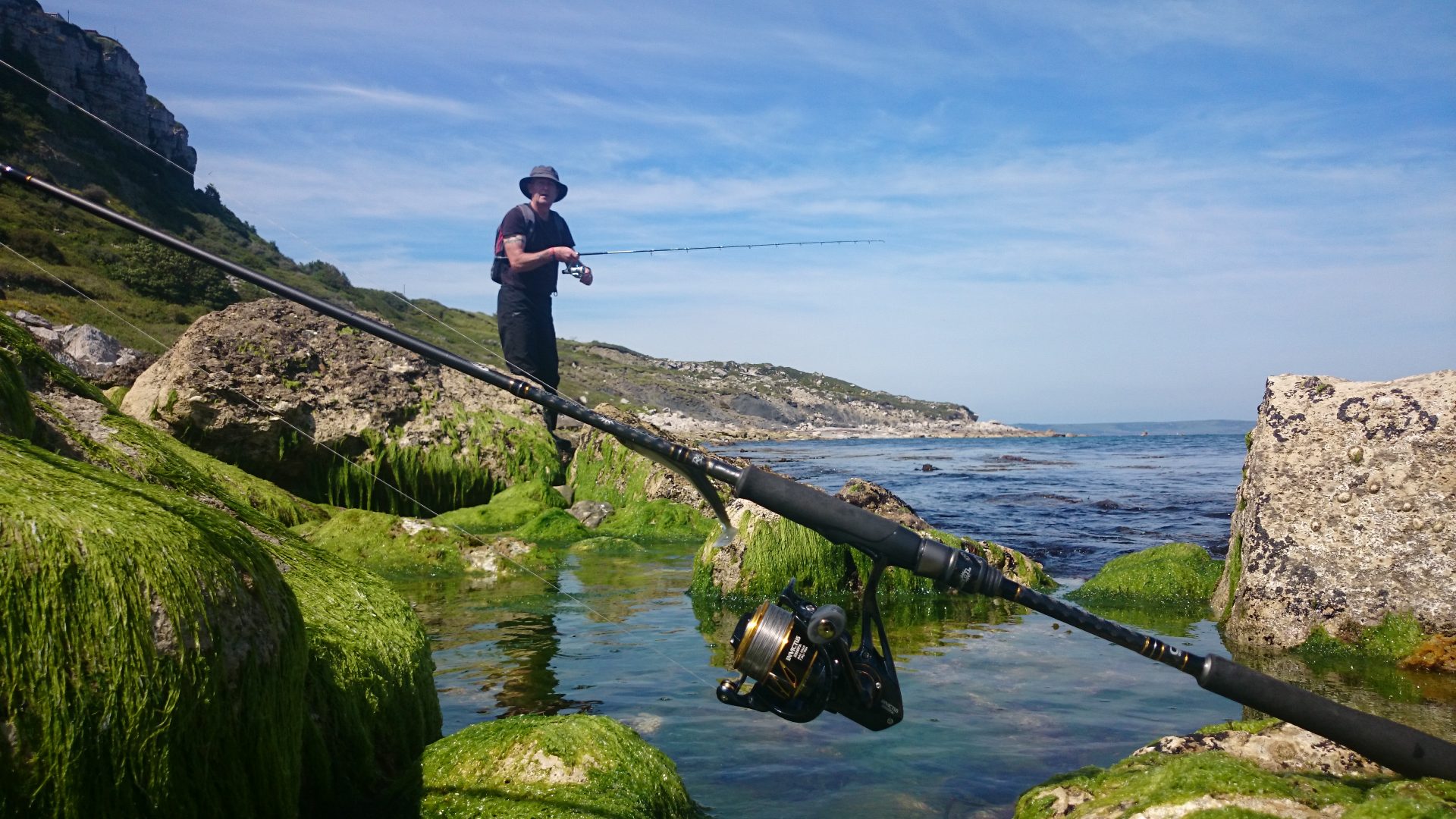 Subsequently when a Wrasse hits, it is normally close to your feet and it smashes and runs. The rod needs to have strength to hold it on that initial bolt. The Delsol has plenty of backbone, which I have used to good effect by bullying Wrasse up to 5lb out of their bolt holes. Despite it being thin and light, the rod is able to soak up the big lunges you get from the larger Wrasse.

I was so impressed with the Delsol that it quickly became my favourite rod to use all summer. I started using it with small metal lures such as The Megabass Metal X, and the new Micro LRF shore jigs from Fladen which weigh 10g. The metal lures flew so far I was astounded. I was able to use these to great effect to catch Pollock and on one occasion a load of Bass that were feeding more than 70yds out. Thats a long way for a light lure rod to cast, but when I tried it the next day on my 8-30g rod, I was getting nowhere near the distance with the same lure.

For a lure rod to make it into my favourite list it has to be able to handle my favourite type of lure fishing and that is surface lures. I was a bit concerned that it wold not be able to put the action into a large Patchinko or Gunfish, or even be able to cast it that far. I need not have worried. The crisp action of the rod allows the lures to be worked fully. What really impressed me was I was finally able to work the smaller Patchinko and Gunfish that I like to use in July and August. I have never been able to get those smaller lures to work in the same fast erratic action that I often use on the lager ones. Those that have been guiding with me will know that I teach a very aggressive technique that can be deadly at times. The biggest problem with it, is it can be very tiring. When you are using a rod that only weighs a mere 137g, you can use that technique for a much longer period.

Over the period of the summer I caught over a 100 Bass up to 6lb on it . If the rod was not up to the job, I would not have wasted so much fishing time on it. Just about every one of my guided guests that used the Delsol went on to buy one. All of them including myself are amazed that the rod costs well under £100. 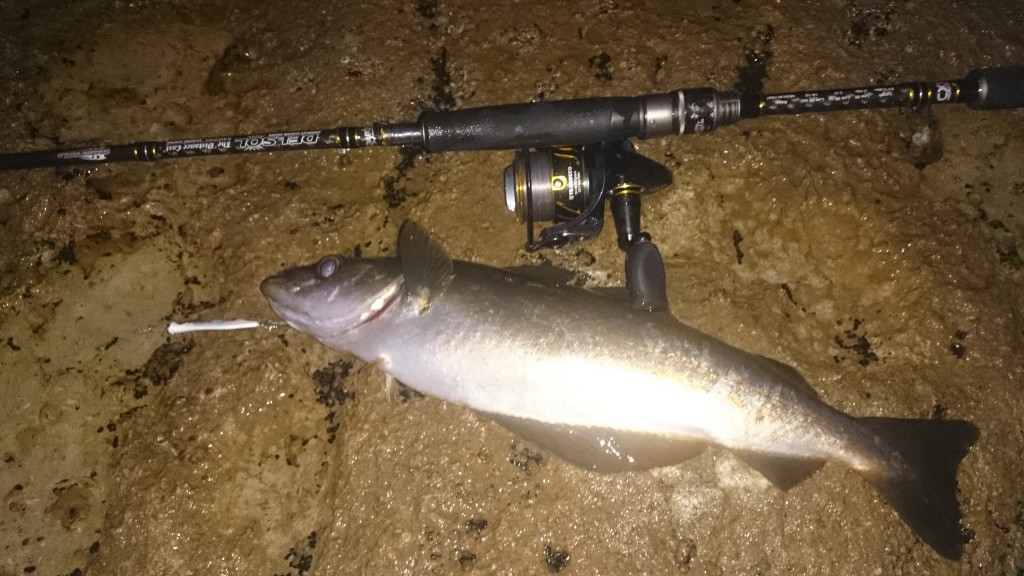 A recent catch on his Delsol by one of my guiding guests!

The Delsol is far from just being a soft plastics rod, but undoubtedly, it is the best rod I have used for soft plastics. I love the rod and it’s only downfall is that when you are trying to punch a 20g plus lure into a wind the distance drops off considerably. I have other rods that can handle those conditions, but the Rapture Delsol is my go to rod for all those other times. I have put together a short video of me using the rod on a couple of occasions, I am sure you can see from the video how it easily copes with a decent fish and gives you a great sporting feel in a fight.

Rapture Delsol 802ML
4.2 Total Score
79.99Price
Pros
Lightweight, with a superb action. You can use this rod for hours and the price is excellent.
Cons
I wish they made a heavier rated version as well.
Buy it here
Summary
An amazing light weight rod that covers a wide range of lure styles. I have not used any other rod under a £100 that comes close to the Rapture Delsol.
Durability
Finish
Value