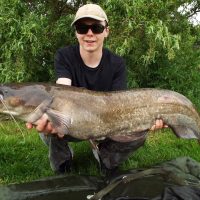 By Sam Tittensor On September 28, 2016 · Add Comment · In Freshwater Fishing

Following our success in the first Honeypot Pairs Catfish Match, my partner Ben and I were quick to sign up when the time came for Round 2. By arriving early, we gave ourselves time to walk around the lakes before the match started, enabling us to make educated decisions during the draw. We came out third, and I was quick to secure the “Crafty’s” swim. This swim is in a corner, at the time on the back of the wind and is an area where I have had success whilst catting in the past, so with no other signs of catfish, it seemed a good choice.

Once in the swim, Ben went to catch some livebait, while I tackled up the rods, again with polyball rigs to suspend the baits up in the water. With preparations made, we wasted no time in putting out the rods when 3 o’clock finally came around. 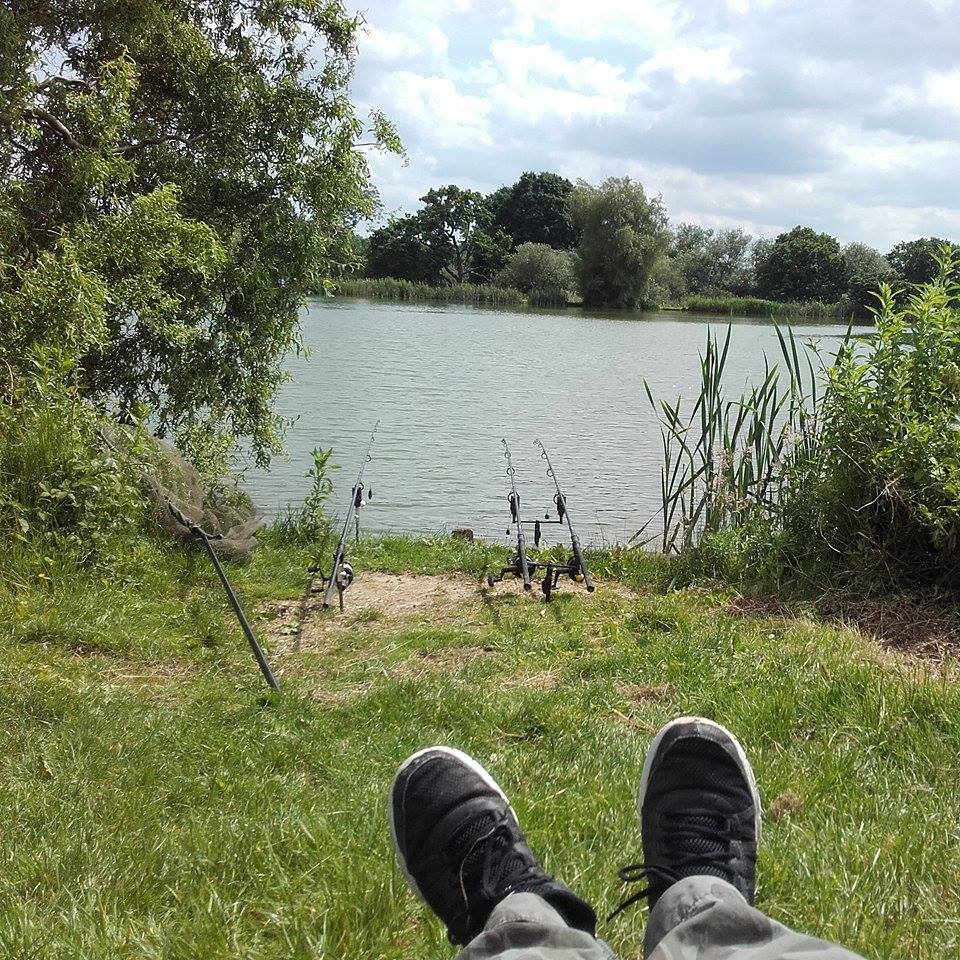 A slow first hour left all teams waiting tensely in anticipation of the first run, which unfortunately fell to the anglers fishing in a swim opposite us. Once they had landed the fish, we were quick to try and find out what method was used in an attempt to change our luck, but despite Jim the lake owner insisting they caught the cat on popped-up cheese?, we persevered with our livebait!

Following another uneventful hour, it was clear that a change of tactics was needed. I decided to recast one of my rods further into the corner, in the hope there might be some fish held up there off the back of the wind. I had just walked up the bank to look into the margin when a series of bleeps sent me sprinting back to the swim. In the few seconds it took me to get back to the rod, the run had developed into a one-toner and straight away the fish charged off into the lake. This was to be short-lived, however, as moments later the line parted leaving me shaking with the adrenaline still pumping. There is a gravel bar in this swim running parallel to the bank about 20 yards out and I can only assume that the fish dived down beyond it and cut the line. With 5 hours to go there was still a chance of redemption, but I couldn’t help but feel like that fish might have cost us £300.

Determined not to be beaten, Ben and I set about recasting all the rods with fresh bait, and finally, after a couple of hours work the left-hand rod on top of the bar was away. A relatively short fight resulted in a very welcome 26lb cat. The fish was returned after a few photos and with a couple of hours left on the clock, Ben was keen to get his first fish in the net. 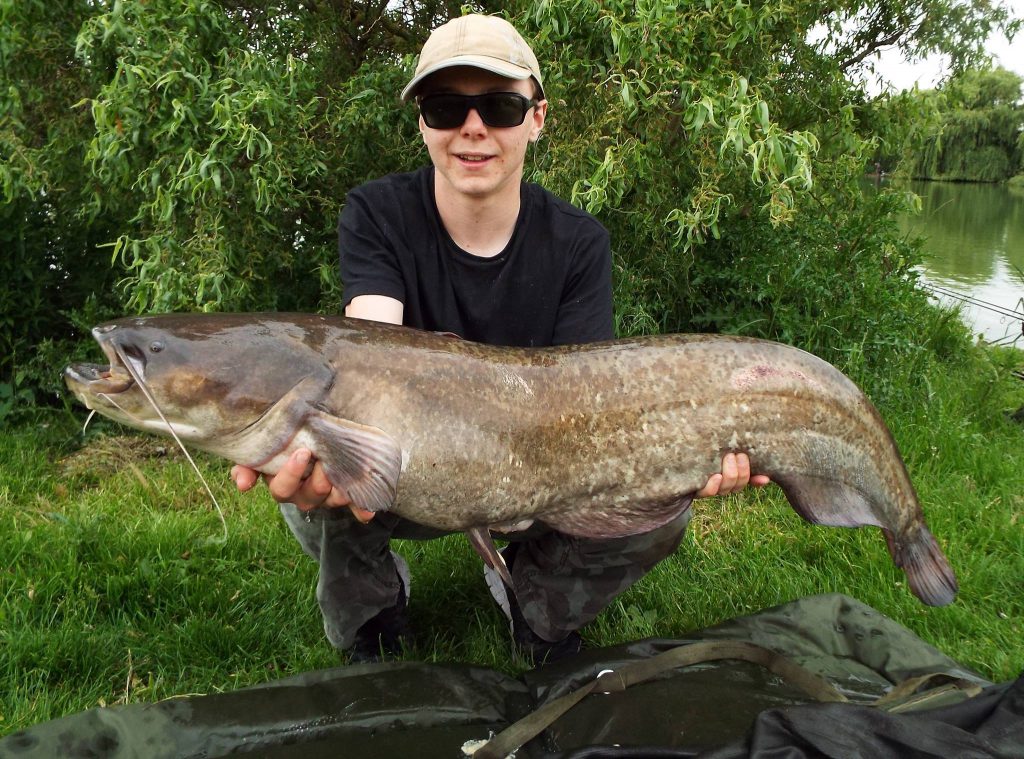 The second half of the match was one I will remember for all the wrong reasons. From the nearby grass, we could see clouds of pollen blowing across the lake and for someone who suffers from bad hayfever, I definitely have the wrong lifestyle! I spent the next 2 hours unable to open my eyes while Ben worked hard in an attempt to put another fish on the scorecards but it wasn’t to be.

All too soon Jim announced the end of the match and unbeknownst to us Charlie and Scott had been fishing away behind the island and managed to land 3 fish for 88lbs. Despite the hayfever, lost fish and lack of prize money, I enjoyed a fun afternoon in good company and look forward to the next match. Thanks to Jim and Selina for hosting and congratulations to Charlie and Scott on their great performance.

SUBSCRIBE
Drifting into Autumn for plaice and gilthead bream Early Cod and late Bream. Its all happening