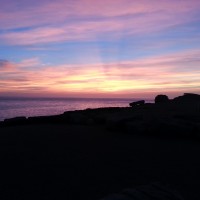 I wish the wind would make up its mind. It just seems to be swinging to every point of the compass this week. It has stirred the water up on every beach, making it coloured for at least a mile out to see in every direction that I can see. It has ruined my lure fishing so far this week. Hopefully it will have sorted itself out by tomorrow. I have noticed a fairly rapid decrease in the water temperature. It has fallen over 1 degree in less than a week. This may be down in part to the amount of cold fresh water entering the sea from the rivers. If the temperature continues to drop as fast then the Bream will move away in a matter of days. The plus side to this is that the Cod and Whiting will soon arrive, that’s if you can call that a plus. Personally I would rather have a tasty Bream than a Cod.

Portland: A large swell all around Portland with coloured water.

Weymouth Bay: Fairly calm but the water is coloured.

Chesil Beach forecast: At least the beach is fishable. There is every chance of a Bass all along the beach, but forget Mackerel fishing, as they will not be able to see the feathers in such coloured water. Garfish love it after a storm and will happily feed very close to the surf line, as will Mullet, though very few people think to fish for them. Simple float fished Mackerel strip close to the surface will work for both Garfish and Mullet. The Rays also like a bit of stirred up water and a Sandeel or Mackerel bait works well at this time of year. With coloured water comes Dogfish and Pout during the day as well as at night. Dabs will happily take small Black Lug baits. In my opinion Dabs are one of the tastiest flat fish in the sea, far better than Plaice.

Portland: With High water just a couple of hours before dusk and a good size tide, I would expect to see some Pollock and maybe even some Bass caught from the Bill at dusk. The Wrasse wont move back in until the swell has calmed down a bit. If you are after a Bull Huss then conditions are near perfect. Marks like Blacknor often produce with a large Mackerel bait. Church Ope Cove will be another good spot at dusk, with the added advantage of some shelter. 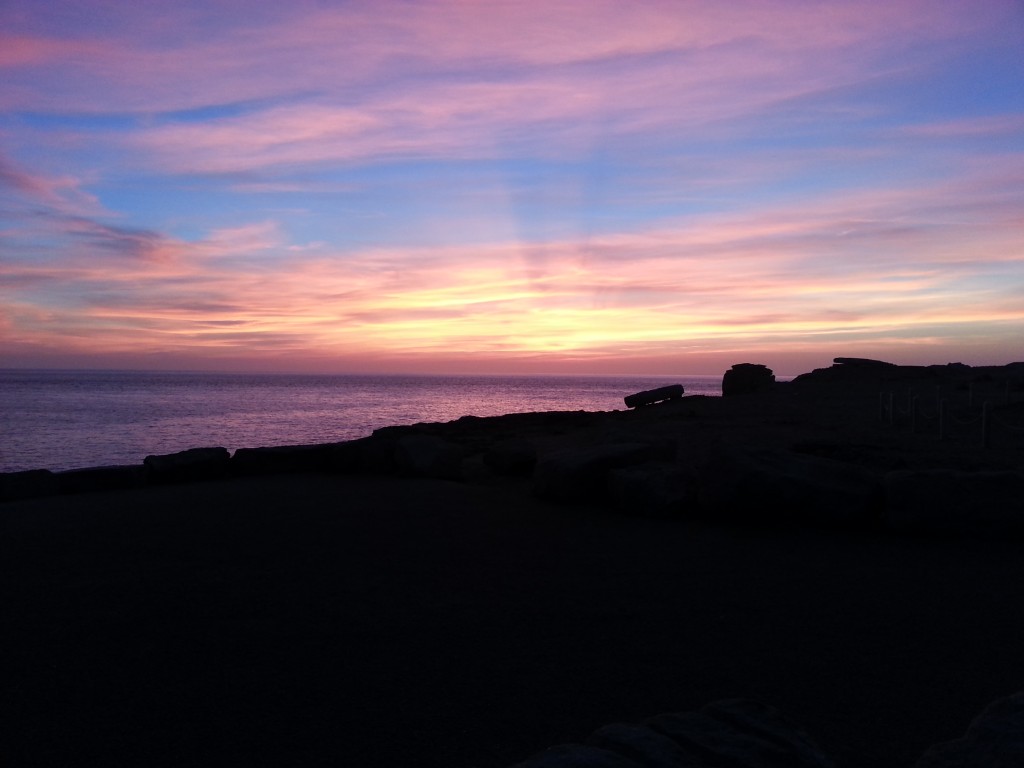 Portland Harbour: With a spring tide fast approaching the Harbour will hopefully fill up with Bass again. Ferrybridge has produced a lot of Scad at night over the past few weeks. You normally find some Pollock and Mackerel in amongst them.

Weymouth Bay: Both piers are a good bet for Pollock, Garfish, Mackerel, Wrasse and even some small Bream. As Chesil Beach has been out of the picture for the past couple of days quite a few anglers have been targeting Preston Beach with a reasonable amount of success. Species including Bass, Plaice, Flounder, Gurnard, Smoothound, Dogfish and Pout have all been caught. If you are unfamiliar with the beach, just be aware that there is a reef no more than 50yds out in some stretches, that runs from near the Oasis Café all the way to Bowleaze Cove.

Boat & Kayak fishing: With NW westerly winds it is likely that the charter fleet will get out today. From my recent trips out I know that there are still plenty of Plaice and Bream being caught on the Shambles. It wont be long until the Bass will happily take lures from the boats. The race and areas such as lights in one, will produce large numbers and the Charter fleet will target those soon. Best lures are sidewinders. You will just need to find the colour on the day, but green is normally a safe bet.

For those wishing to get out in the Kayak, then this is one of the best times to fish Portland Harbour. The spring tides always bring in large numbers of Bass. Thornback Rays and Bream will be the other main targets. Fish the harbour entrances for Mackerel, Wrasse and Pollock. Bass are often found around the entrances as well.

Only one slot left for guiding and one to one sessions this month and that is on Monday, but I still have quite a few for October. Don’t miss out on the best months fishing. These can be tailored to your requirements including mixed days of bait and lure fishing. Drop me an email for more details sean@fishingtails.co.uk