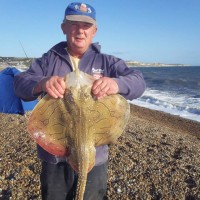 I thought that there would be some great fish caught this week, after the rough conditions on Sunday and Monday. What I wasn’t expecting was the number of good Rays that turned up. Most of them were Undulates but a number of Spotted Ray were also landed. My friend Paul Black called me late on Monday afternoon, telling me he had just had 3 casts and landed a Smoothound and two Undulate Rays. You can see in the picture below that the sea was a bit rough and well coloured. 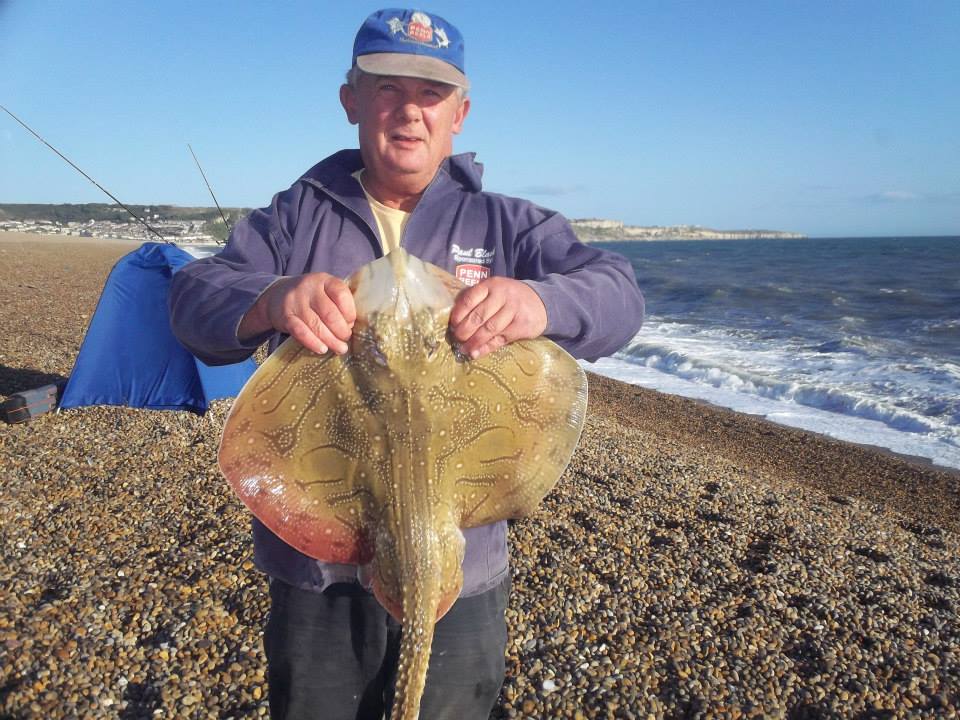 I got another call an hour and a half later, telling me he had just left the beach, as he only had a short pass, but in that time he had landed a 10 1/2lb Undulate, more Smoothound, some Dogfish and a lovely Small Eyed Ray. I only wish I could have joined him. Most of his fish fell to Sandeel or whole squid. 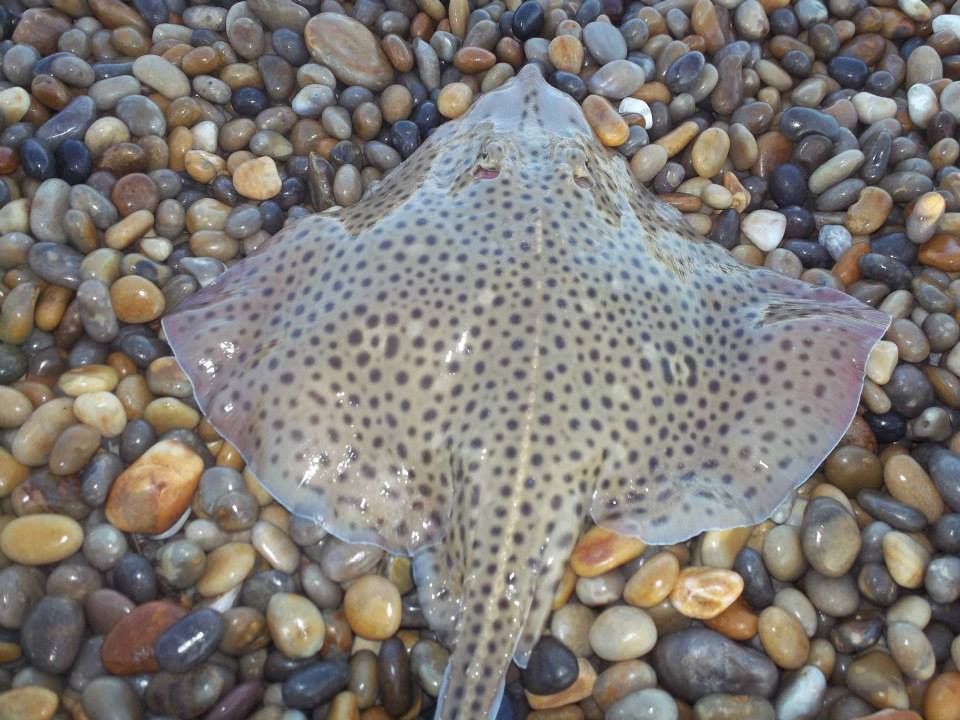 There was not a lot of people out fishing Chesil  on Monday or even Tuesday, but Ryan Casey was and he also managed to land a personal best Undulate of 13lb 3oz, a  few Conger to just over 8lb and just as I predicted there might be, a Codling of 5lb 4oz. You have to love summer fishing after a storm.

now that the storm is well and truly over what can we expect over this weekend?

Chesil Beach forecast: You can see from the picture I took at 8.30 this morning that Chesil is pretty calm. 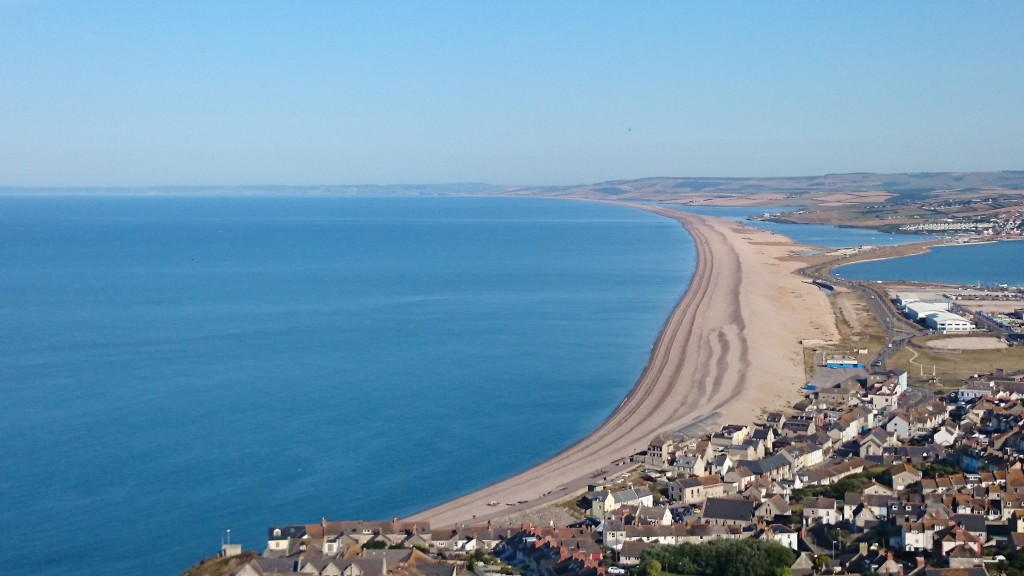 With these conditions we should expect plenty of Mackerel, Bream and Gurnard. If you are after some Plaice and Dabs then head towards Abbotsbury. Chances of Rays must still be good due to the amount we have had over the past couple of days.
If you have live peeler Crab then you have a great chance of a decent Smoothound.

Portland: I hope to see the return of the Pollock this weekend. With decent tides there is always a chance of a Bass or two on lures. Church Ope Cove at dusk is always a good option.

Expect plenty of Wrasse which should be easy enough to catch on bait. They will also take soft plastic lures, but it is never as easy as on bait, but I love to get them on lures.

Portland Harbour: With big tides, come lots of Bass. Well at least it does sometimes, and lets hope this weekend is one of those times. Lures will be far more productive than bait. I like to use surface lures like the Seaspin Pro-Q 120 and 90.

Weymouth Bay: It will be busy on the piers this weekend, so it may be worth avoiding them. Preston Beach will probably only be fishable at night due to people using the beach for sunbathing and swimming.