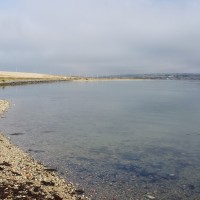 Hamm Beach runs from the National Sailing Acedemy on Portland beach road, to the entrance of the Fleet at Ferrybridge. It runs parallel with Chesil Beach, and it acts as the drainage point for Chesil in flood conditions. 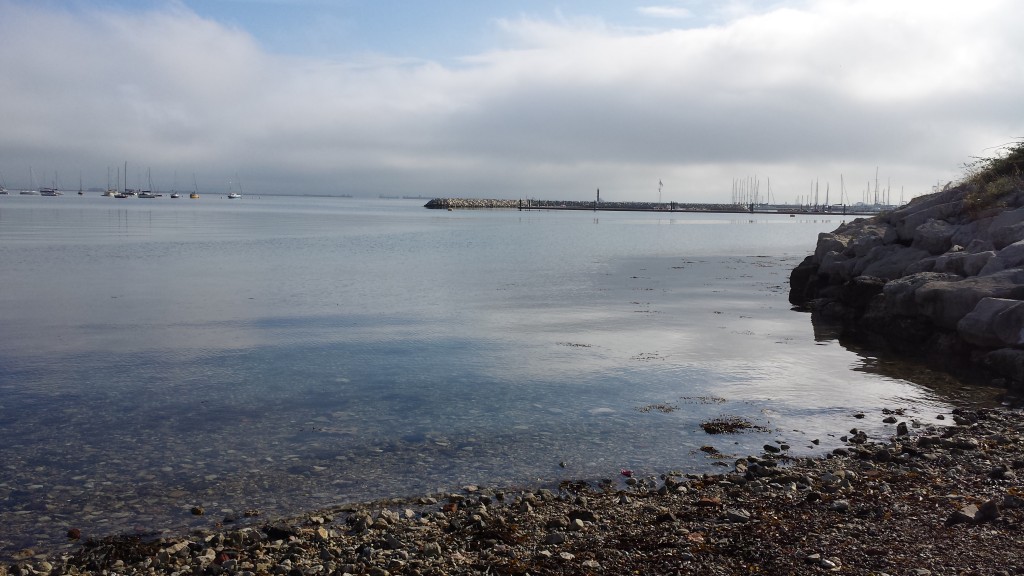 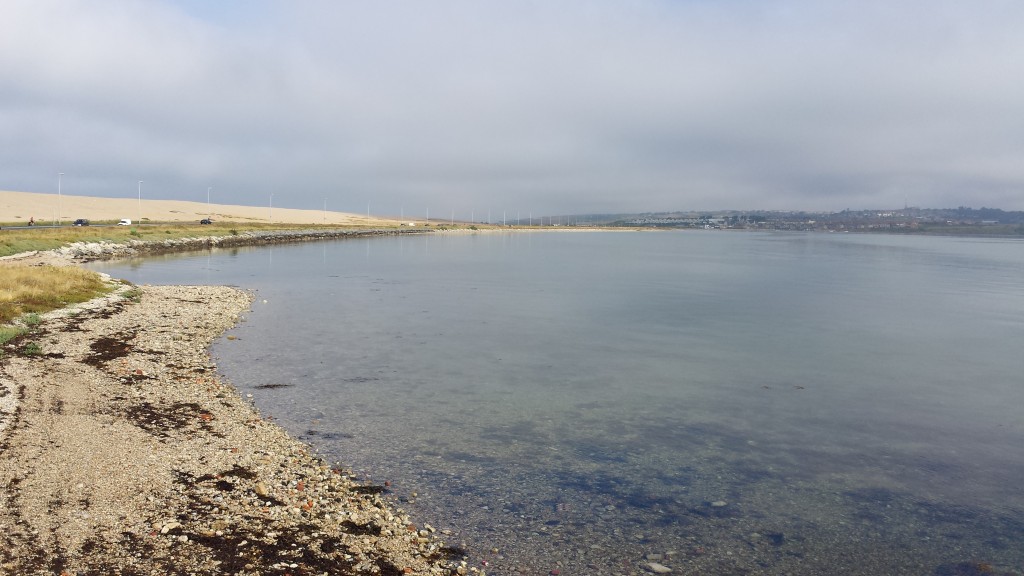 It is a very different beach compared to Chesil, which is less than a couple of hundred metres away, and it is certainly not as exciting. However it can be a great mark to fish especially when Chesil is being battered by storms. The shoreline is mainly small pebbles that quickly give way to sand at the waters edge. The sand extends as far as you can cast and then some. The water is shallow and fairly safe, making it an ideal mark to introduce children to fishing. It is a comfortable mark for anglers that are less mobile, as you can park fairly close to the beach and unlike Chesil, there is no steep incline to get to the water. It is also much favoured by wind and kite surfers, which basically means that trying to fish it during the day at the weekend is a waste of time. Though you can tuck yourself into corner near the sailing centre, as they tend to keep away from that area. 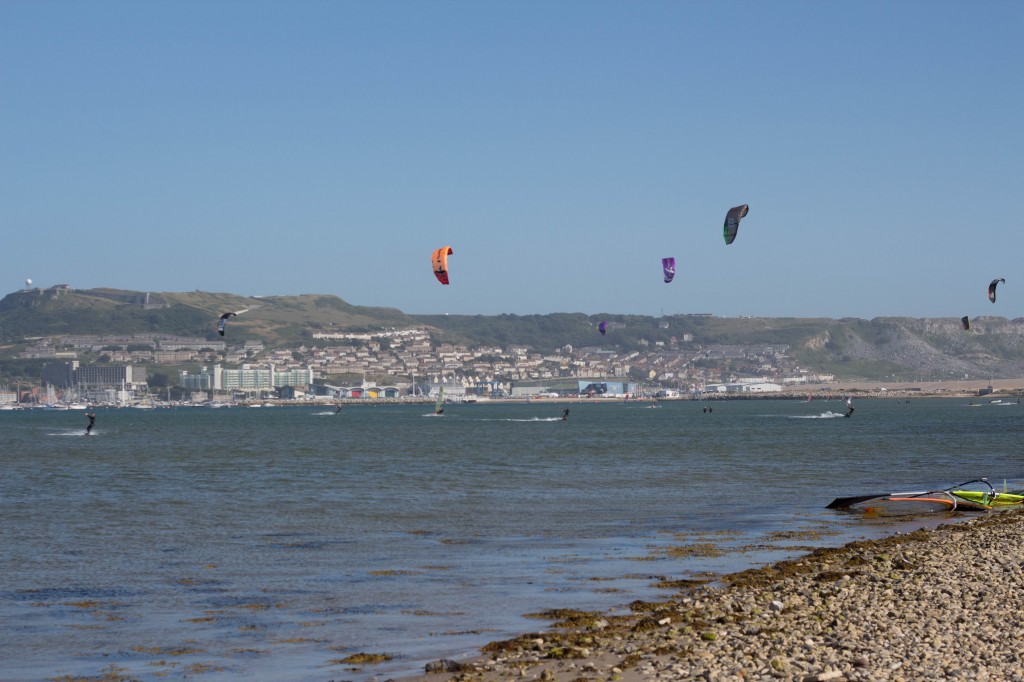 Species: This is not the best mark in the area for different species, but it is one that can produce the odd Gilthead Bream. Black Bream also feature in catches during the summer. The most frequent species caught are Flounder and Bass, though the Bass are normally small. Flounder can be caught from there most of the year, with the first Bass normally showing in late April. They can be caught right up until January. It is a mark that has thrown up some nice Thornback Rays in the past, but normally only a few a year are caught.