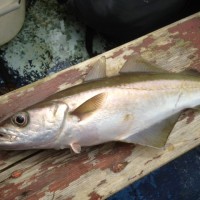 What a fantastic day to be out fishing. Reports suggest that fishing off Chesil is a bit hit or miss with some nice double figure Smoothound being caught and a few Dabs and Plaice. As predicted the May water is having a bit of an effect on the mackerel fishing. They are on the beach but it is hard work to get them.

I was expecting the Bass to turn up this weekend, but so far the have decided not to play. A few have been caught from Osmington Mills, but the normal marks that I would expect them to shaw are just not producing.

The show is set to be the largest of its kind in the South of England, providing visitors with the chance to see, and take part in, a variety of carp, coarse, fly and game fishing activities across the three lakes at the front of Longleat House.

Designed to appeal to families, the event also includes an Artisan food village with local and International specialty food and drink, cookery demonstrations hosted by Aga with top class chefs, two lakeside picnic areas, and the Land Rover 4×4 Experience. Among those already confirmed to attend are multiple World Freshwater Angling champion Bob Nudd, angling Guru Charles Jardine and the presenter of Sky Sport’s ‘Thinking Tackle’ Danny Fairbrass. A number of other major celebrities are due to be revealed.

Co-organiser and double English national Flyfishing champion Chris Ogborne said he is delighted with the number of top anglers and exhibitors who will be taking part.

“For two days in June Longleat’s fishing lakes and surrounding lawn, which are set against the stunning backdrop of Longleat House will be transformed into a top class showground that will break the mould of previous fishing-oriented events and will set new standards for a country show.

“The principal focus is to showcase the sport of fishing and to attract youngsters and newcomers into becoming the next generation of anglers.

“There will be tutorials, live fishing demonstrations and hands-on help with the choosing of tackle. The lakes at Longleat are well stocked and there is the very real probability that youngsters will catch their very first fish here.

“At the other end of the scale of expertise, the very top anglers in the sport will be showing customers just why they are at the top of their game.  “Members of the England fishing teams will combine with acknowledged experts in the sport to share their skills and to offer tips and advice,” he added.

The good news is that I have managed to get the organisers to provide a special offer for readers of Fishing Tails. The price of the tickets are £17 for adults and £7 for children, but for the first 100 Fishing Tails readers you can get the tickets for £10 and £5 respectively. You need to book through the following link  fishing Show Tickets and use the following code ANG001. You will also be entered into a draw to win a £1000 worth of Hardy Grey’s tackle.

Even if your other half is not into fishing, there is the added advantage of them being able to visit the safari park. I think that is what you call a win win situation 🙂 For more information on the show have a look at the show’s website. I will let you know more details of my participation over the next couple of days.

Chesil Beach forecast: I am sure if you give it a try you will be able to get some Mackerel this weekend. Get some live Peeler and try for a cracking Smoothound. It will certainly help beet the bait robbing Spider Crabs. Fish in Chesil Cove if you want a Wrasse without the massive gear losses you would expect from other areas around Portland. You have a good chance of getting  Pollock there as well. Head further West to Abbotsbury, Cogden and West Bexington for the best chance of Plaice and Dabs, with a bonus Ray always a possibility.

Portland:  We have a good evening tide for the next few days if you wat to try for a Pollock of the Bill. White Sidewinders and Savage Gear Sandeels will be great lure choices. Wrasse are now numerous on the rock marks around Portland, with the Bill being an easily accesible hot spot. Soft plastic lures and Ragworm work very well for Wrasse. Night tides give you the chance of Pollock, Bass and Conger Eels.

Portland Harbour: Lots of people fishing around Ferrybridge this morning, but not  lot being caught.

Boat and Kayak fishing: A great weekend to be on the water. Plenty of Plaice and Tubot coming from the Shambles and Pollock from around the harbour walls. Savage gear Sandeels in White are the killer lure for Pollock like this one. 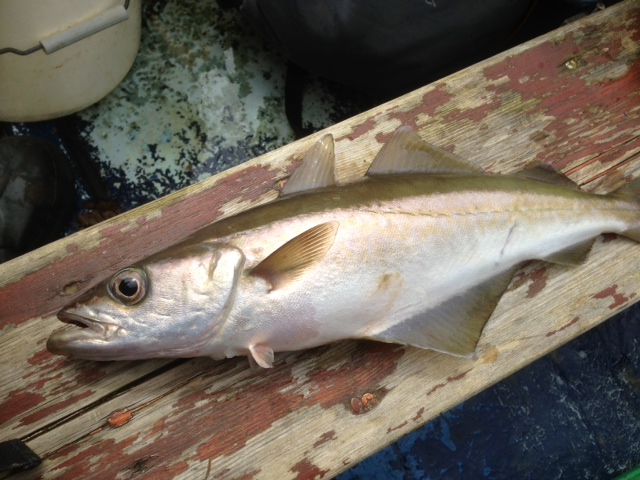