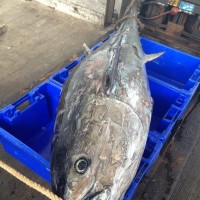 The big news today is the reports from just along the coast in Devon of the capture of a 300lb Yellowfin Tuna from Babbacombe Bay, just off Torbay. Reports are unconfirmed as to the method of capture, but it is known it came from a 23ft comercial angling boat. It was landed at Brixham fish market yesterday. 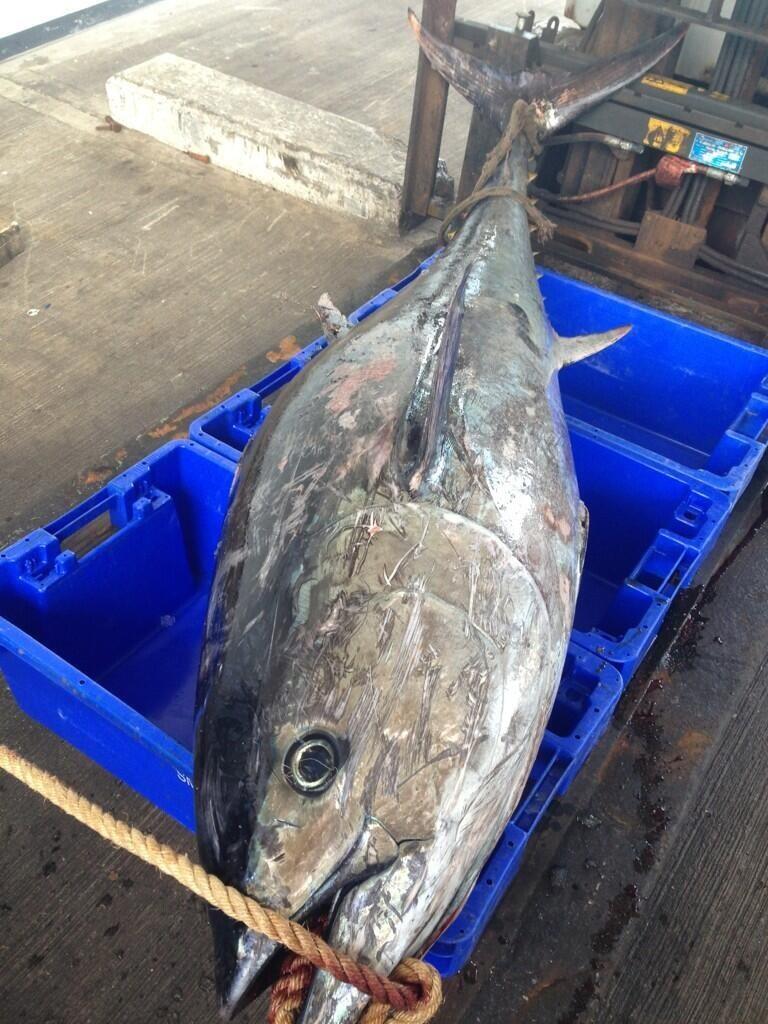 A small number of Tuna are landed every year around the coast of Britain, but rarely are they this big. It makes your head spin to think of the possibility of catching such a monster fish whilst you are out fishing for Bass or Cod. It is certainly going to give your tackle a test. A couple of years ago, a diver speared a 40lb Tuna of Portland. You never know we might get a few this year, as they are rarely solitary fish.

Back to reality and fishing conditions on Chesil! It is flat calm on the beach and the water clarity has improved. Fishing haas been patchy with a few Smoothound showing on the night tides. Plaice are being caught down at West Bexington, Cogden and Abbotsbury. Dogfish seem plentiful, but Mackerel are still a bit thin on the ground.

Chesil Beach forecast: With better clarity and calm conditions both mackerel and plaice fishing should be good. Expect more Smoothound and Rays to turn up over the next couple of weeks. With the Smoothounds comes the bait robbing Spider Crabs that they feed on. They will happily snip of the hooks of every rig you put out there, so bring plenty of replacement hooks and try using floating beads to pop your baits up a bit.

Weymouth Bay: Mullet are now featuring in a lot of catches around the harbour. Most of them are still Thin Lipped, but a few more Thick Lipped have shown up. Stone Pier is getting better every week and the size of fish are increasing.

Ringstead Bay: I fished Ringstead yesterday on a 1/2 day bait fishing guide. The guys I was with had a great time and managed to get into various different species. Not bad for complete novices. Well done lads.

Hurst Shingle, Hampshire: As promised I am trying to increase the coverage of the fishing areas in the South and South West of England. Regular contributor leo, fished Hurst shingle bank yesterday and managed a few nice Bream.

Hurst shingle bank has quite a few similarities to Chesil, with both being steeply shelving shingle banks with deep water close in. Tides at Hurst are very strong and the water is much more coloured than Chesil. It is a good indicator as when to expect the Bream to show on Chesil. It is normally about a month after they show at Hurst. So not too long to wait now.