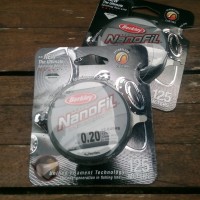 I’ve now been using Berkley NanoFil line exclusively for all my lure fishing since it came out in 2011,  so I think is fair to say I’ve tested it long enough to give it a review!

So what is it?

“Not a mono, fluoro or braid — The Next Generation in Fishing Line! Our longest casting line! Spinning reel anglers will experience exceptional casting distance and accuracy allowing them to cover more water and catch more fish. Made with 100% Dyneema®, the World’s Strongest Fiber, it has an incredibly high strength/diameter ratio, creating our thinnest line per lb test.” 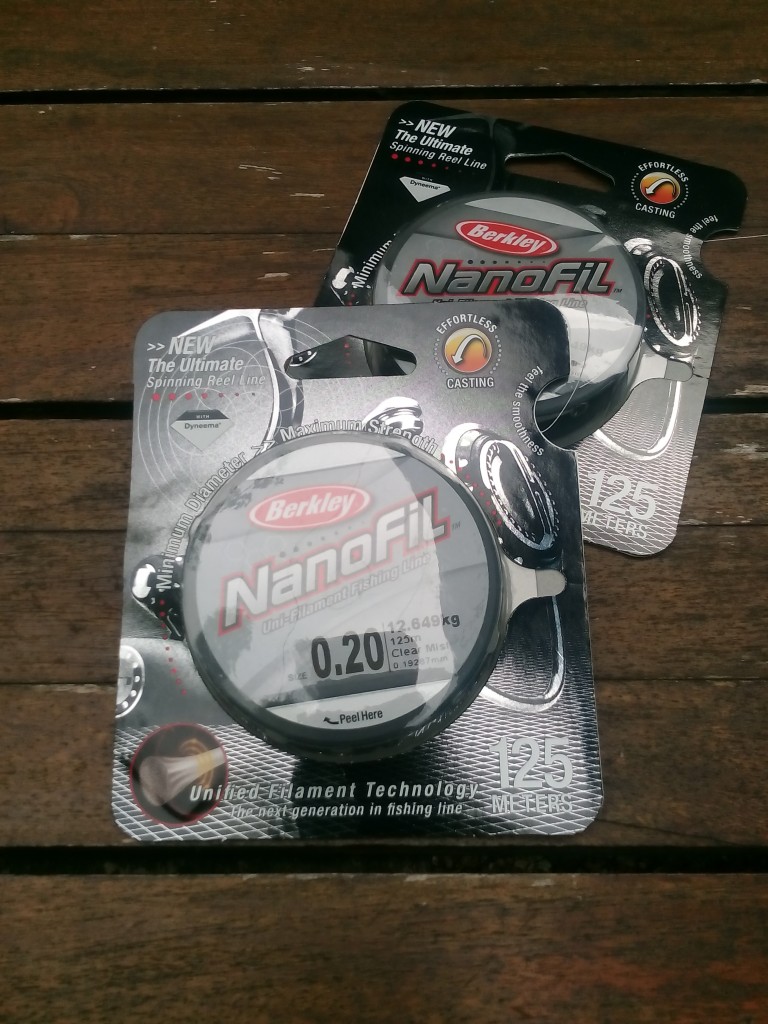 So what does that translate to in the real world?

Berkley NanoFil is a multi stranded line where the filaments have been molecularly bonded into a single filament which in theory creates a line which is stronger than braid with ease of handling characteristics of mono. The result is a smooth long casting  line which is quiet definitely a Mar-mite product, you will either love it or hate it!

The haters will tell you how difficult it is to tie an effective knot in it!  First let me say its certainly true that NanoFil’s  is unforgiving when it comes to knots, if you use the wrong ones or are a bit slap dash then you will lose tackle. In the first few weeks of use I lost quite a bit of end tackle due to knot failures at the leader. So much so I nearly binned it and went back to braid, I’m glad I stuck with it.

Second on the haters hit list is the line strength, just do a quick search on the web and I’m sure you will find critiques on line strength going into great technical detail re testing methods, diameters etc all I can add to that is I’ve been using the 12.65kg line all this time and not felt short of line strength fishing over lots of rough stuff. I’ve pulled to break and freed a lure by straightening the hook on a Megabass Gateride, yes I know the trebles on Gateride’s aren’t great but it certainly shows that good line and knot strength can be achieved with care.

So lets deal with the knots issues first a look at Berkley’s recommendations. For terminal tackle they recommend the ‘nanofil’ knot ( aka double palomar) which is really easy to tie and works very well in my experience. In fact I now regularly use a single Palomar with no issues.

For leaders Berkely recommend the double Albright which is a bit trickier to get right but will stop you throwing end tackle to the horizon trailing a little tail of fluorocarbon.

Rather than struggle with  this or any other knot I use the Sokkou Knot tool to tie my leaders to NanoFil. It is easy to use and makes a strong tidy knot in a very short time. See here for a more indepth explanation of how it works!

This little tool makes short work of tying NanoFil to fluoro click on this photo for a more indepth explanation of how it works.

For all knots to work properly with NanoFil I would add 2 recommendations.

1. Lubricate the line with saliva before pulling the knot tight

Failing to do either or both creates too much friction which seems to damage the structure of the line and can cause failures! If you are still unsure then a bit of superglue will lock everything in place.

So if you have got this far you might be thinking why bother with all the hassle?

First it casts a long way, I’m not talking about a little bit further than braid,  it casts a lot further. I’ve not measured it but my first casts using it simply blew me away they were so smooth and long. Of course I’m used to its distance now but it’s still super smooth. You might find the end of the line gets a bit wooly with some of the filaments fraying but it does not seem to affect casting distance or strength.

NanoFil has zero stretch so you can feel everything that’s going on down at the business end with startlingly clarity! It also has very little memory which makes it easy to handle.

Now for the unexpected bonus no wind knots! I’m often fishing straight into the wind and perhaps less careful than I should be when handling my line so I used to get a fair few wind knots, which seemed to occur at the most inopportune moments. Since using NanoFil wind knots are a thing of the past for me and it handles so well I’ve given up hand flipping the bale arm and mending the line on my reel after a cast I just cast and wind when the lure hits the water.

Recently Berkely have added  new colours to its range, low and high viz. 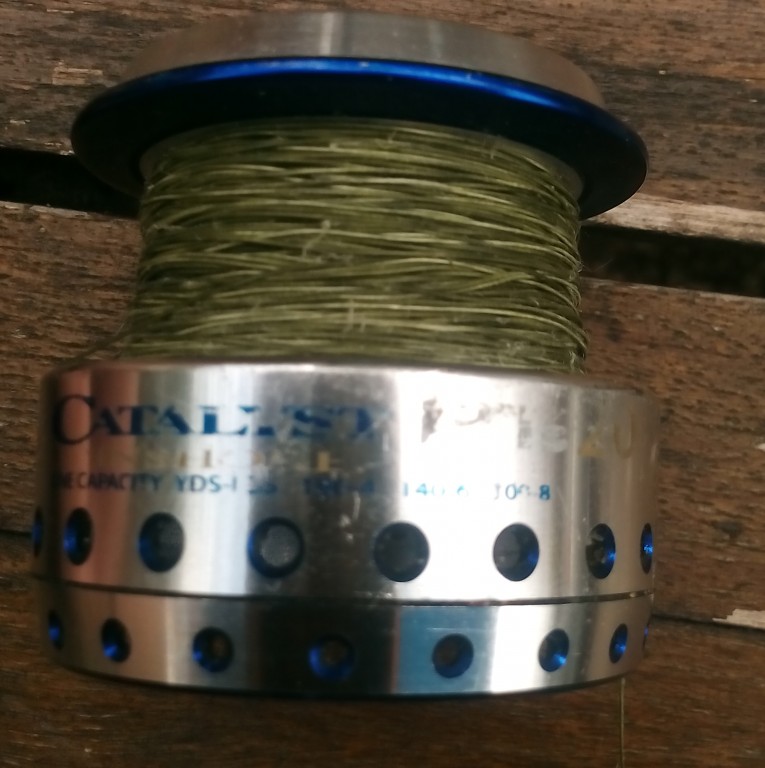 I have tried the low viz version and found that the colour degrades pretty quickly into stripes along the line which I’m not sure is by design or a fault. Either way it bothered me so I’m sticking to the original clear mist version for now! 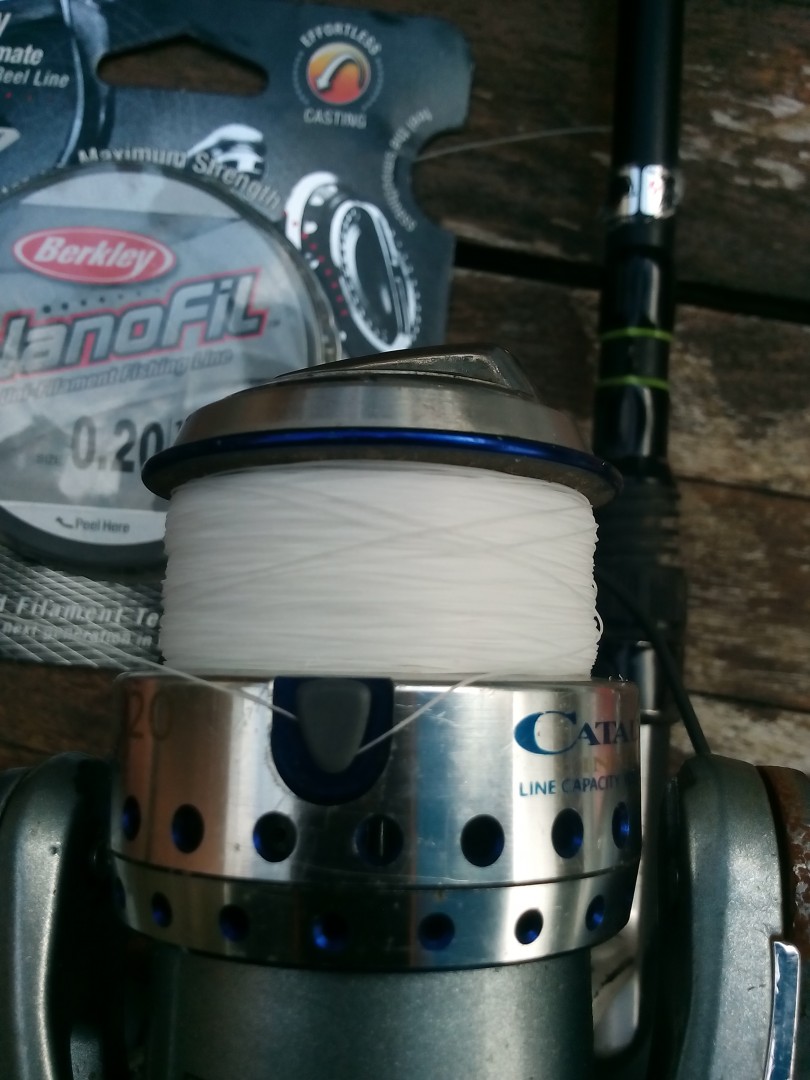 It comes in 125m and 270m lengths. I get the 125m as I find it loads nicely on my 2500 reel. You  do not need to hold back when loading line on a spool as you do with braid which gives a side benefit of reducing the friction as the line runs off the spool which results in yet more distance in your cast!

So it’s cheaper than the braid I was using before NanoFil (Varvivas avani) casts further, seems to be just as strong and lasts much longer as I don’t have to throw away big tangles of it.

Worth putting up with the knot hassles? I think so but, others might not.

Strong, low memory so easy to work with, Casts a long way and no wind knots!