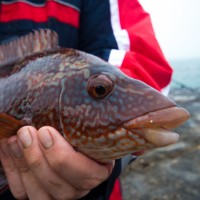 Last weekend was probably the poorest weekend I have known for fishing on Chesil Beach for a very long time. If it had not been for some very good Wrasse fishing on Portland, it would have been even worse. It didn’t matter what end of the beach you went, the water was coloured. I fished Hive Beach on Saturday and the water looked like strong black coffee. Down the Chesil end it looked very milky. The end result was apart from a couple of lucky Codling, hardly anything was caught on Chesil. Even the top anglers fishing the Samalite league struggled, with one of the zones being won with just 6oz.  Things can only get better. 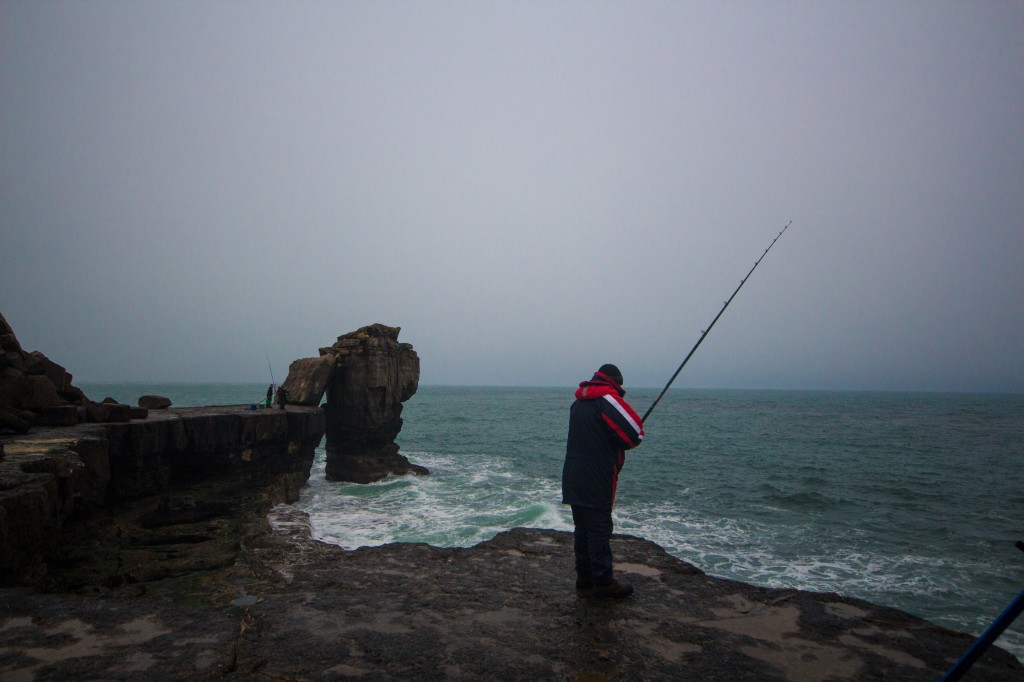 The Wrasse are one of the first summer species to have shown, and they were around in good numbers at the weekend. Despite conditions being a bit lumpy around Portland Bill, the Wrasse were taking Ragworm baits very aggressively. One of my mates, Demetri was down for the weekend with his Dad. They had a some lovely Wrasse, all taken on Ragworm on the bottom. 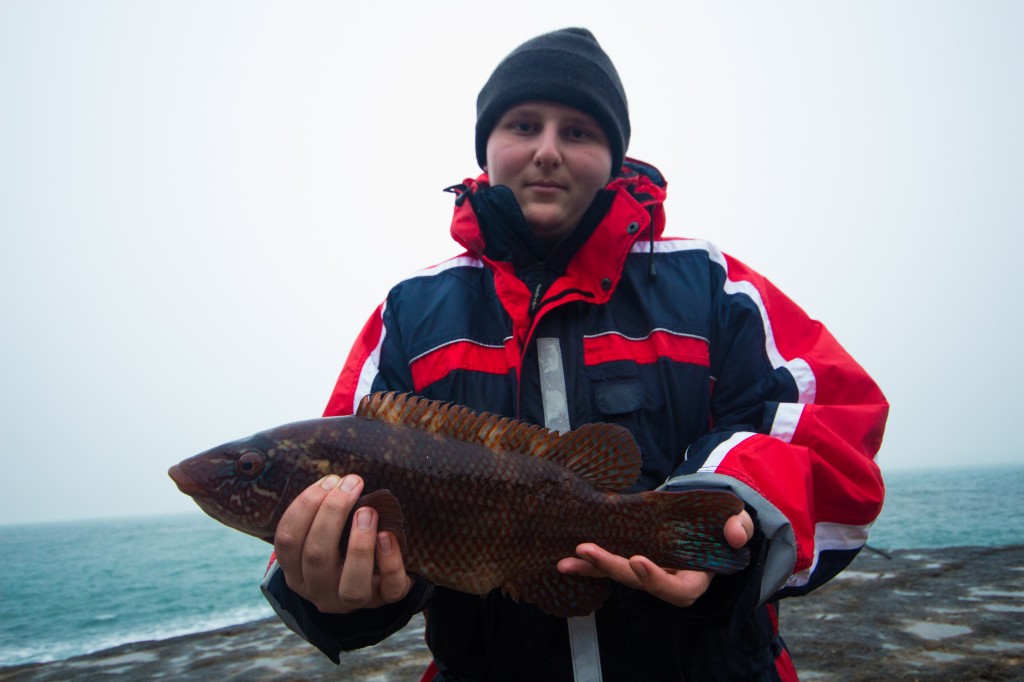 He did admit that tackle losses were high. Thats another reason why I like to fish for them using soft plastic lures. Your tackle losses are substantially reduced then. 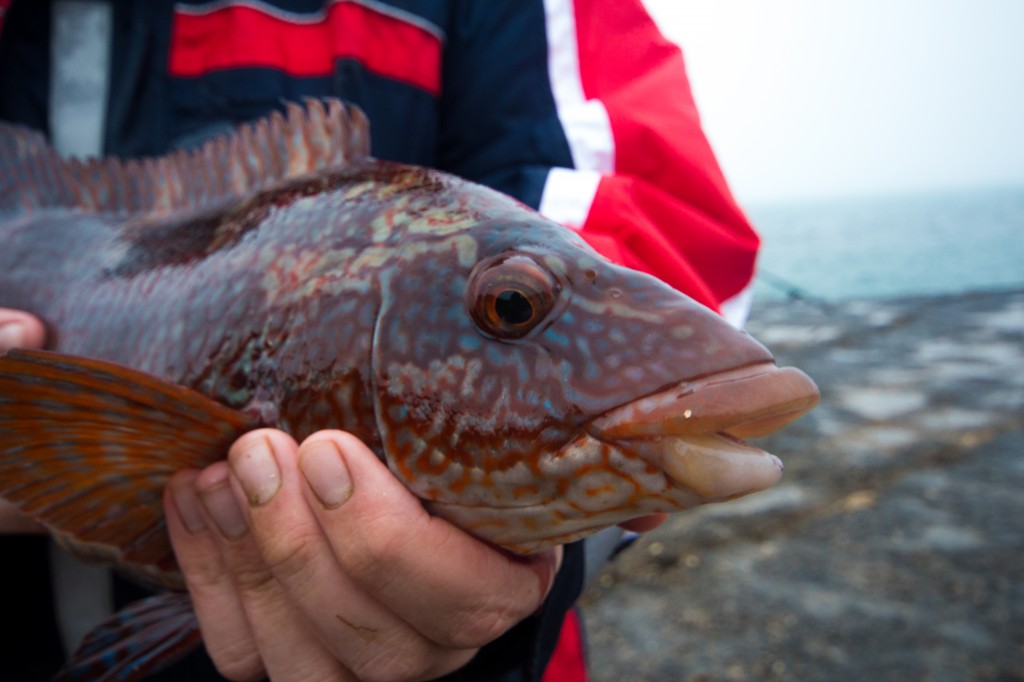 Chesil Beach:  2m wavs with the occasional wave of 4m, with coloured water.

Chesil Beach forecast: It has to improve at some point over the next few weeks. The biggest problem at the moment is the water clarity. Looking at this picture taken from Warborough bay, you can see a massive landslip that has gone into the water. The clay is being washed into the water causing the milky effect further down the coast. 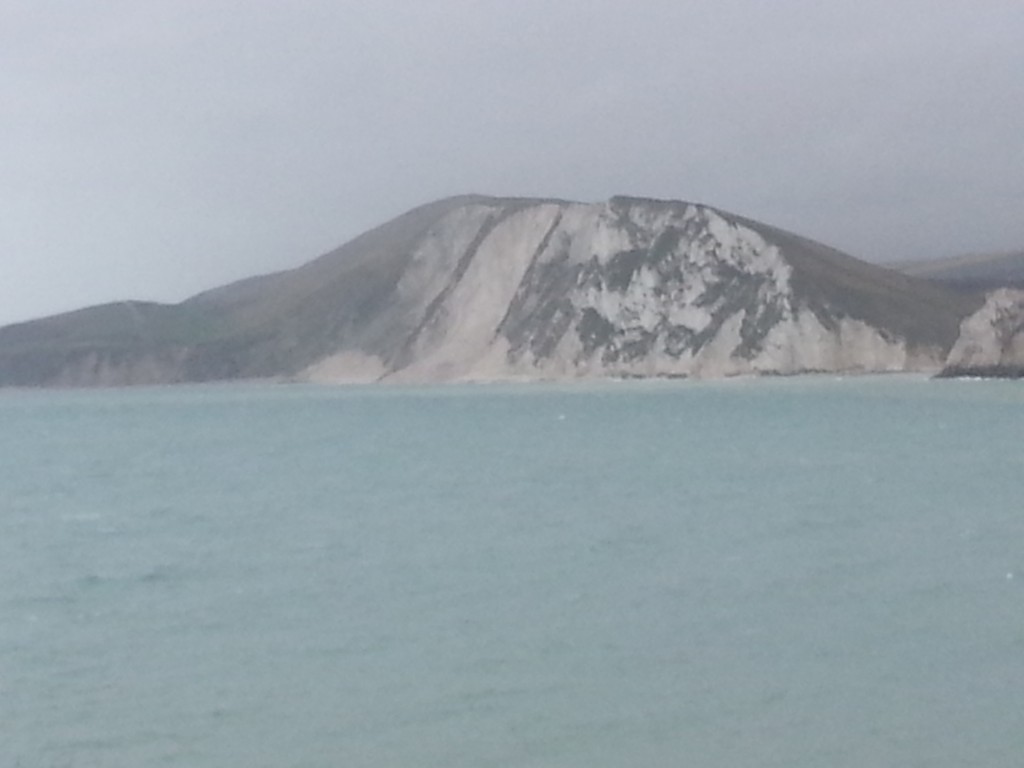 The Plaice should have moved in now, and we need to assume that they are there and just not seeing the baits very well. It is time to really bling up your rigs with bright coloured beads and attractors. Try using a coloured rig like this Sakuma 2 Hook Flattie Rig

Those fishing night tides should pick up some Dogfish an Pout, but even they have been thin on the ground.

Portland: If you are looking to catch fish, then Portland has to be your number one choice. The  Wrasse fishing is good and a few Pollock have been caught around the Bill. I think it is time to get the lures out and have some sport.

Portland Harbour: More Mullet showing in the harbour and some nice Flounder about. I have seen a lot of bait fish activity in the harbour. This is normally followed by Bass.

Weymouth Bay: The Wrasse and Pollock are turning up in larger numbers from the piers, with good returns reported from the Weymouth Angling Society juniors on Monday night. Preston will produce Dabs and Flounder, with the chance of a Bass.

SUBSCRIBE
Fishing in April March fish of the Month 2014