Fishing Tails > All Articles > Reports > Chesil Beach > Where to fish in these strong winds?
Milford Shingle Bank Report The Flounder are still in Poole. 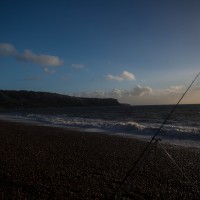 Where to fish in these strong winds?

I don’t know about you but I am getting pretty fed up with these continual gale force winds. It provides a lovely stirred up sea on the SW facing beach es like Chesil, but it just never seems to settle down for more than a few hours, before it is blowing another gale. I know a couple of people have braved the conditions and got on to the beach for short periods of time. When they have, the catch rate has been good. My mate Paul managed 7 Cod up to 8 1/2lb a double figure Thornback and an almost double figure Undulate. 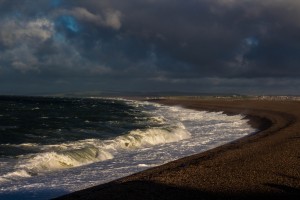 Although I like to catch decent fish, I also like to feel reasonably comfortable and above all safe, when I go fishing, so conditions like those pictured above have me looking for alternative venues. Unfortunately we are coming into the quietest time of the year for shore fishing, so finding a mark that is going to produce, is not so easy. Poole Harbour is always a good back up, and if you read Leo’s latest report you will find out how it is fishing there.

As I like to stay fairly close to home most of the time, I look for sheltered spots that will produce some decent fish. Portland harbour has several marks such as Hamm Beach, Sandsfoot and Castletown that produce nice Flounder at this time of year. The harbour in Weymouth is still fishing for Flounder and from the beach at Preston you can get Dabs, Flounder and the odd Bass.

One area that a lot of fishermen don’t fish is the East side of Portland. There are some big Wrasse around in January, but most of the marks are difficult to get too, and all of them are tackle graveyards. 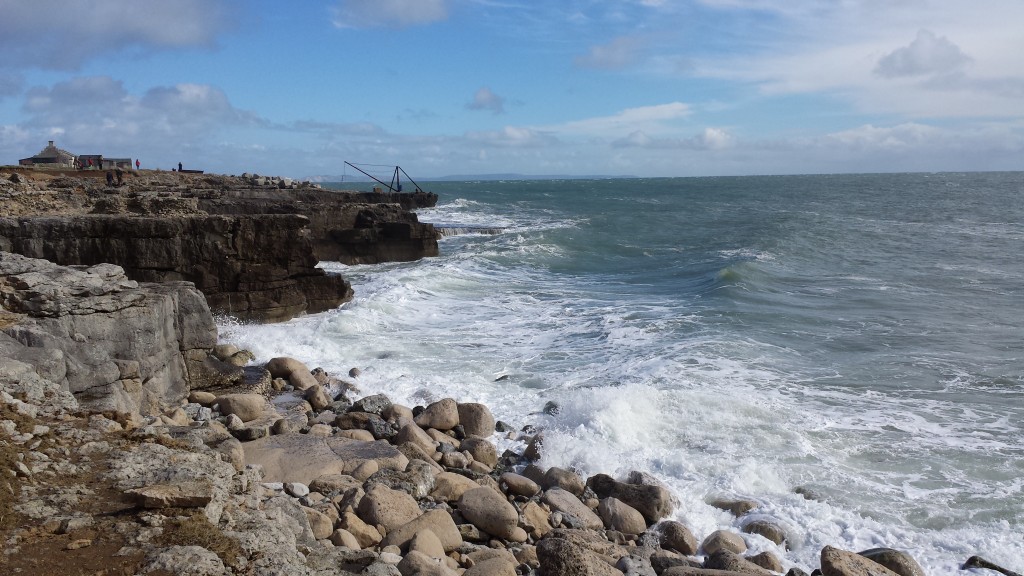 The further round the East side you go the clearer that water is normally, and the swell never seems so bad. You can fish from the ledges that are a good bit above the water, so you are pretty safe. Obviously it goes without saying, that you need to take care when you are on the ledges not to fall. At this time of year I normally go heavy for the Wrasse and fish a rotten bottom with either a large hardback crab bait, or large Ragworm.

The other option we have at the moment, is to head to the rivers and lakes of the area. Over the next few days, I will go through a few different marks that we can target and the species most likely to be caught there, as well as the best methods for catching them.

Chesil Beach: Rough with coloured water. In my opinion it is unfishable

Chesil Beach forecast: In the few small windows of opportunity that you might get you will have a good chance of Codling and Rays. Whiting, Pout and Dogfish will also be present.

Portland: Forget the West side, but the East side is fairly sheltered. There will be a bit of a swell, but not enough to put the Wrasse off. Night fishing can produce big Conger and Bull Huss. January is when we start to see some large Rockling, and if there is ever a month to catch a Coalfish its this one. You don’t see them very often, but they do occasionally put in an appearance.

One Response to "Where to fish in these strong winds?"