Fishing Tails > All Articles > Reports > Chesil Beach > What can you catch on the South Coast in January.
Barbless Bass FIshing Fishing in India – Part 1 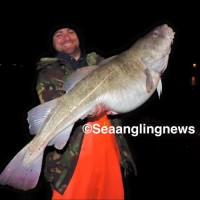 What can you catch on the South Coast in January.

Fishing in January and February on the south coast is a bit poor in most places. However don’t let that put you off having a go. It is time to really concentrate on the species that are around and target them. Although it has been wet and windy, the mild weather has kept the water temperatures above average. This has given us some good Bass fishing, with some lovely fish being caught all the way from Southampton Quay to Plymouth. Paul Gordon, our Plymouth reporter has had over 20 Bass already this month. 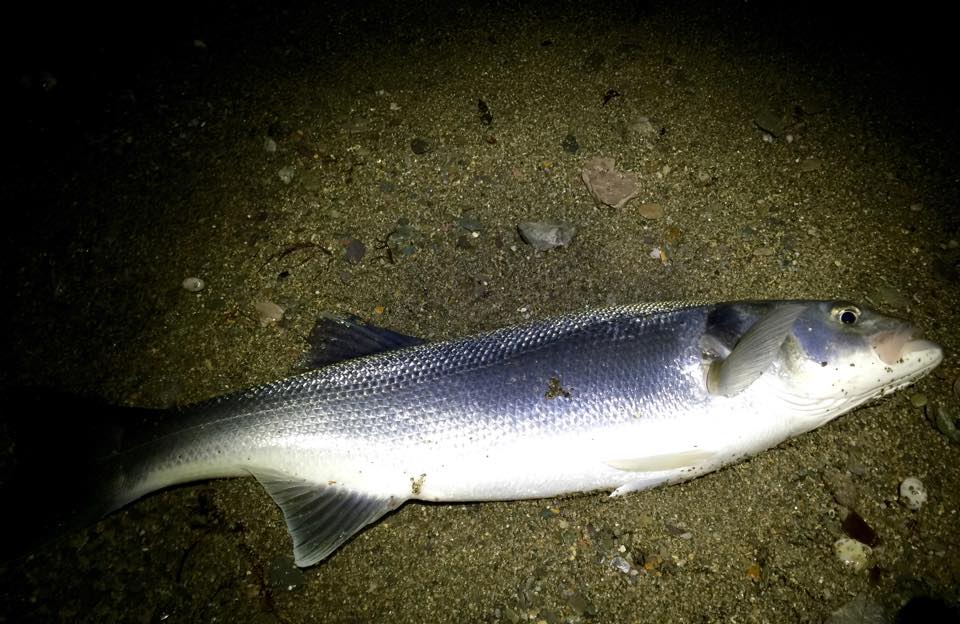 He has written a short article containing a video giving tips on how to safely return any Bass that you catch. If you have not already seen it have a look at his  Barbless Bass fishing article.

As most of you are aware there is supposed to be a complete Bass ban in place. In typical bungling Brussels fashion, due to legal technicalities the legislation has not been officially passed yet. I have written confirmation of this from the MMO. This means that until the law has been published in their journal it is not in force. I have not been able to get a date that it will be passed, but as soon as it is we will inform you via this site. You can continue to fish for Bass and keep 3 fish a day that reach the 42cm size limit.

Cod fishing normally drops off dramatically in January, but if you are going to get a big fish it is more likely you will catch one this month. Chesil is probably one of the worst marks in January, but further to the SW there have been some lovely catches. George Stavrakopoulos had a monster 27lb shore caught Cod from Minehead harbour. He used 4 whole squid as bait. This is not the first decent Cod that George has had recently, but this one looks like the size of Cod you would normally only see from the shore in somewhere like Iceland or Norway It goes to prove that big baits catch big fish. Thanks to Sea Angling News for permission to use the picture. 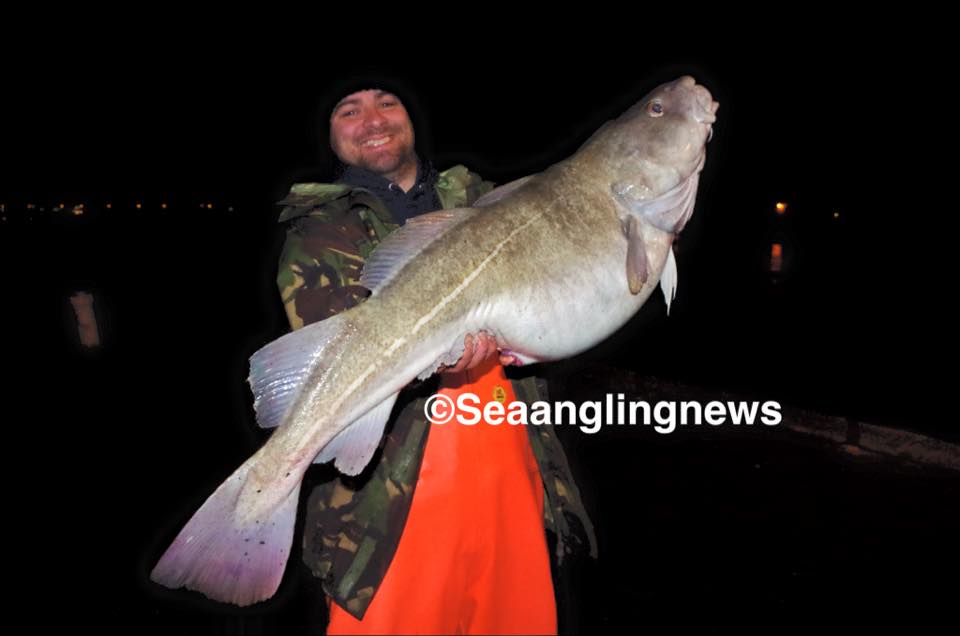 Lets not forget that the Flounder fishing is at its peak this month, with good catches coming from Poole, Southampton Water and even Portland and Weymouth harbour’s.

I will be concentrating more on the rivers over the next couple of months. I am just waiting for them to drop and become less coloured. My main target species will be Pike and Perch on lure and fly until the end of the season in March, which will hopefully coincide with the return of the Plaice to the beaches. For those of you that have not seen the Pike on lures video I created last year then you can watch it below. There is another one in production that will be concentrating on big lures. 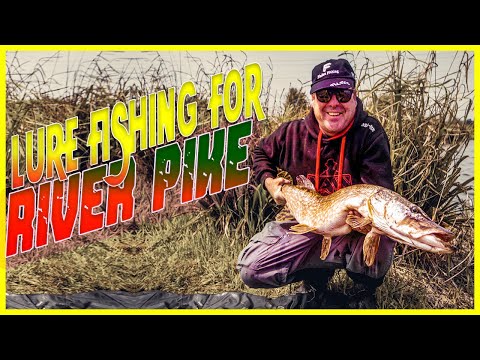 I intend to do a lot more fly fishing this year for all different types of fresh and salt water species. If the wind would stop blowing for a day I might even manage a Bass on one before they all disappear. This is a fly I have tied in anticipation of being able to get out. I think I could use it for both Bass and Pike. 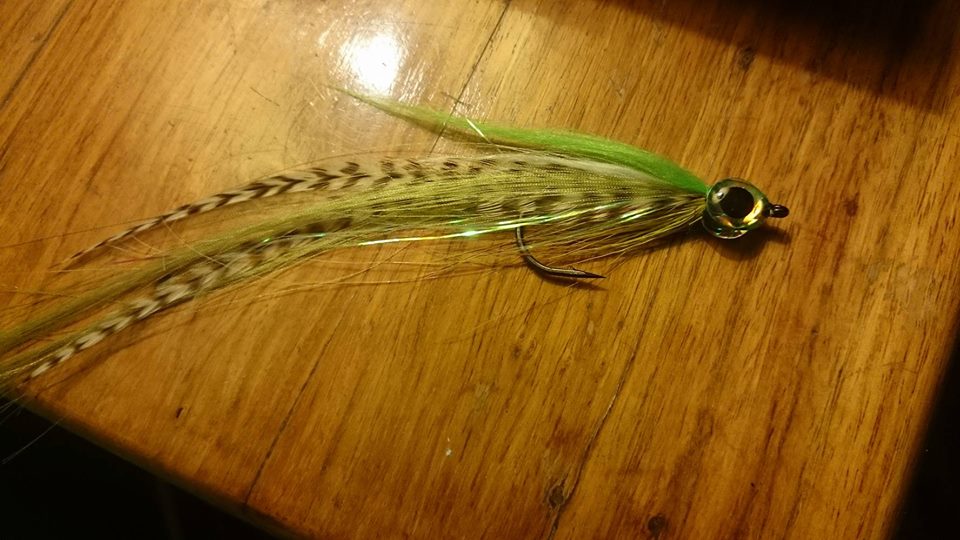 I have been taking advantage of the recent bad weather to try and learn to tie flies. It has been a very steep learning curve, but by watching a load of videos on YouTube and having a few pointers from some friends, I am beginning to create some flies that I hope will work. 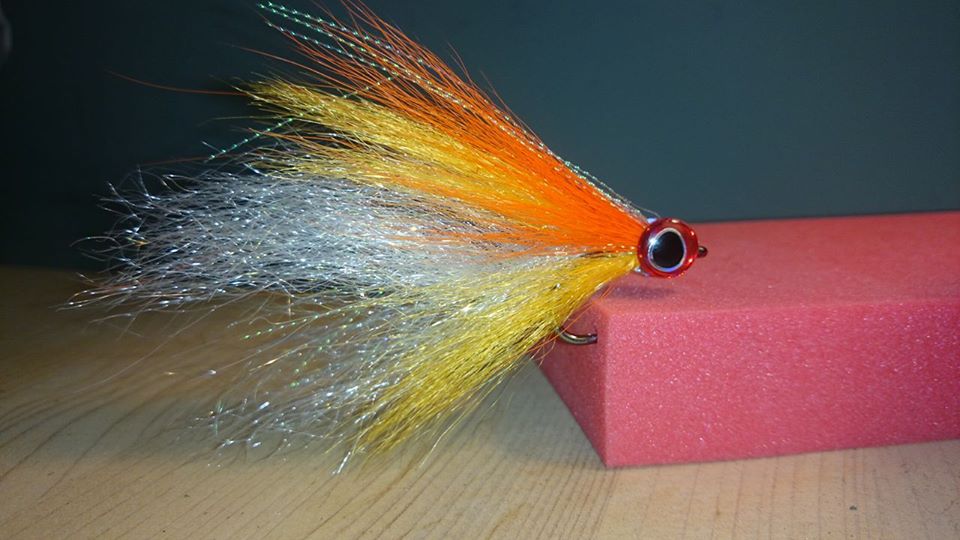 If you are interested in getting into fly tying or are already a competent tier, you might be interested in some of the articles we will be producing in the next couple of weeks. You will be pleased to know that they will be from an expert and not me.

We have a great article from Sam Wadman tomorrow, which is a start of a series on his exploits in India, don’t miss it!

Chesil Beach forecast: With the wind blowing from the NW today, Chesil is not as rough as it would be in a South Westerly. It is still pretty rough, so care should be taken if you do go out today. I am planning to fish it tomorrow (Wednesday), as the wind should drop and the water will be coloured. Main target species will be Whiting with the small prospect of a Codling. I am pretty confident that if I want one, I can get a Conger, but as most people that know me know I hate Congers, I don’t think I will bother targeting them. If on the other hand you like the idea of that then head towards Abbotsbury and use a whole squid as bait.

Portland: Please give me a day or two of clear water so I can see if there are any Wrasse still around. I can’t remember ever having such a long period of coloured water. It is great if you want to target Conger and Bull Huss, but rubbish for Pollock and Wrasse.

January has produced Coalfish in the past, but I have no idea whether they will come in to coloured water. One fish that does start to show this month are Rockling. Not everyone’s favourite, but some large specimens can be caught from the rocks marks all over Portland. If the sea calms down a bit then try dropping a mackerel bait down the walls by the crane down at Portland Bill.

Portland Harbour: I mentioned earlier that Portland harbour has been producing plenty of Flounder. I believe that they will stay around in numbers for at least a month. Top marks are Hamm Beach and Sandsfoot Castle area. If you are lucky you might pick up a Bass at the same time.

Weymouth Bay: Expect some Flounder around the piers and on Preston Beach. If you fancy trying for something different then think about the piers for Herring. They can be caught by casting small Sabiki lures from the piers.

2 Responses to "What can you catch on the South Coast in January."