Fishing Tails > All Articles > Reports > Chesil Beach > Trigger Fish and Cod
A good weekend of fishing ahead. The welfare of our fisheries 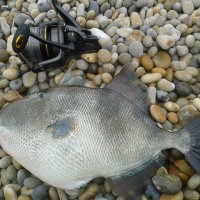 When I think of Trigger Fish and Cod, I immediately think summer and winter fish. You normally associate Cod with autumn and winter fishing, and Trigger Fish are normally the last of the warm water summer species to show up. Right now we are seeing both at the same time on Chesil Beach and I am not sure which is more unusual. I am not sure if anyone has caught both in the same session yet, but that would be some achievement.

There was a lot of people fishing Chesil this weekend, especially down at the Portland end of the beach. Weymouth Angling Society held an open competition there on Saturday. Some good catches were recorded. The wining weight caught by Saul Page was 17lb 4oz. It was great to see lots of species landed including Trigger Fish, Cod, Scad, Mackerel, Tub and Red Gurnard, Red Mullet, Pout, Poor Cod, Dogfish and Smoothound. Anthony Buick managed a number of Trigger Fish including this 3lb 8oz one. 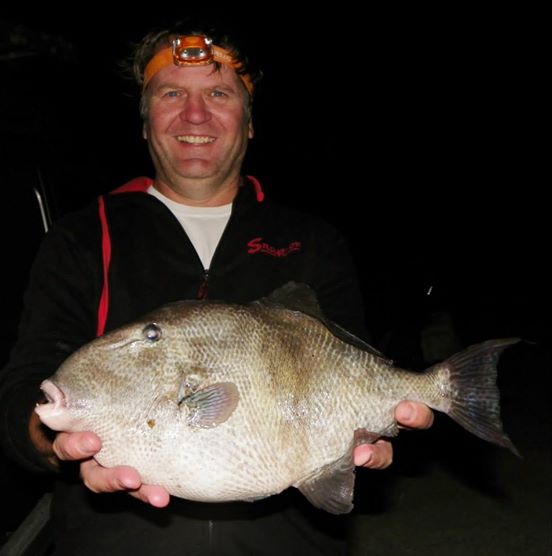 I am often accused of making up the catch reports just to spice things up on the site, but as I have often said Chesil can be a difficult beach to fish at times, and although it seems from the reports that everyone catches it is far from true. I just thought I would share an email that I received from Ben Hackett about a recent trip to Chesil:

I fished the Ferrybridge end of Chesil yesterday for the first ever time from about 9:30am until 4:30pm. I had my 78 year old dad with me so we didn’t walk too far from the car park. Fortunately there are some boards on the shingle which made walking easier! The beach was pretty busy when we got there with a steady stream of anglers arriving through the day. A beautiful day with a light NW wind gradually moving to the W during the day. The sea was pretty clear with only a light swell.

Bait was squid, Sand eel, blacks, peeler and rag. I fished a multitude of rigs and bait combinations. I kept a big bait on one rod the whole time (whole squid, 2 sand eels or 2-3 blacks/squid on a 4/0 pennel) and fished two rods with a 2 hook clipped down rig (size 2 circle hooks) with rag/squid or peeler or a simple 1 or 1/0 pulley with crab. Targets were bream and gurnard (never having caught either) with the hope of a bass and/or an early codling.

The fish came slowly but steadily during the day. First catch was a Mackerel as I was retrieving the rod. Then came a small pout on the rag/squid combo. This was followed by a starry smooth hound (again to rag tipped with squid), a bream, a gurnard, another smooth hound and several more mackerel. The large bait was untouched all day as was the peeler! Even the hounds were jumping on the rag/squid and getting hooked on the size 2 hooks! All fish were caught at longer range – my Dad fished about 30yds out all day and unfortunately didn’t have a bite. 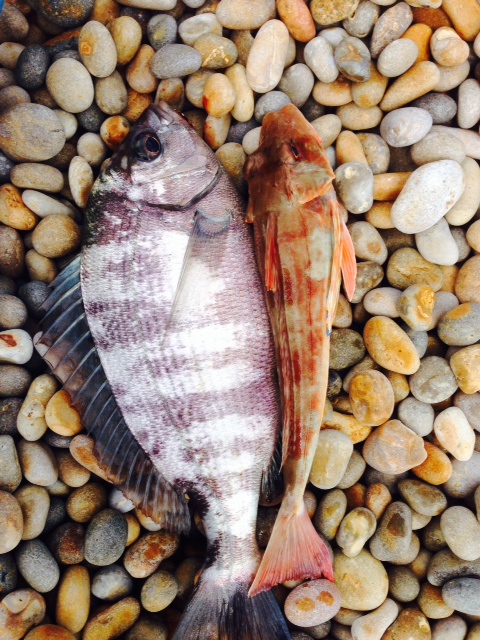 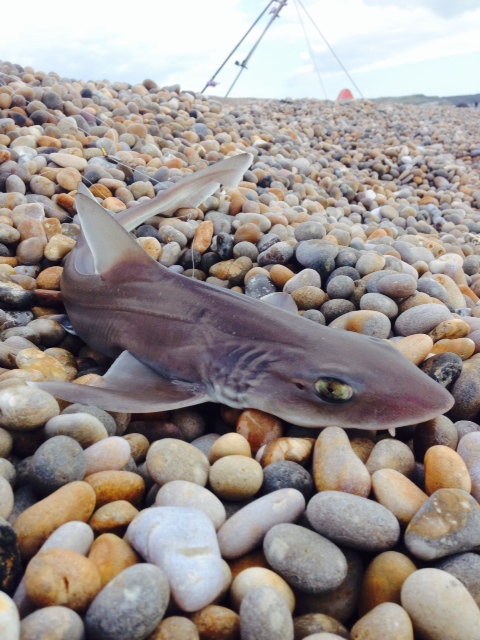 I can’t think of many beaches where you can catch 5-6 species during one session. I specifically wanted bream and gurnard so was especially pleased with that. A red mullet would have made the day complete but it wasn’t to be. I spoke to one angler at the side of me who hadn’t caught much – a hound and a couple of mackerel. There were some people feathering early in the day who seemed to be catching plenty.

The beach was a disgrace with discarded rigs, newspaper, cans, fast-food boxes and general garbage everywhere. I filled my bait bags with rubbish and brought it home with me as I couldn’t find a bin in the car park – maybe that’s why people dump it. There was also a dead dogfish and gurnard on the shingle by us. I’m a firm believer in keeping fish for the table – the bream has already been eaten – but everything else went back and seeing dead fish on the beach is disappointing to say the least. Time to get off the soap-box……

A great day and definitely not the last time I will fish the Portland end of the beach. Will look to return in sept/oct to catch the back end of the summer fishing and hopefully the start of the cod season.

Chesil Beach forecast: It looks like Chesil is back in to full swing again with lots of fish and loads of different species being caught. If you want Bream and Gurnard head to Ferrybridge at the Portland and Weymouth end of the beach. Cod have been coming from the same area and further west towards Bridging Camp which has deeper water. It is a bit of a hike, but can be well worth it.

Abootsbury and West Bexington will produce a few Bream, but there is a good chance of Red Mullet and Plaice from there, as well as Rays. Mackerel can be caught all along the beach.

Portland: Plenty of Wrasse and a few Pollock being caught from Portland Bill. Try float fishing with a strip of Mackerel for Garfish, Mackerel and Pollock.

SUBSCRIBE
A good weekend of fishing ahead. The welfare of our fisheries

4 Responses to "Trigger Fish and Cod"