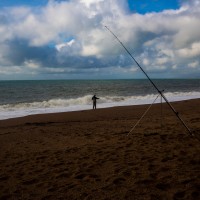 The storm that changed Chesil Beach

Fishing after any storm is normally good, but after the massive storm that has been raging for over a week you have to think that it should be great. I have never known such rough conditions in Dorset since I moved here 25 years ago, and I have certainly never seen Chesil beach changed so much. If you can get out over the next couple of days, you may well have some great sport. The bad news for those that can’t make it until Saturday or Sunday is that by then I think the fishing will resort to the normal poor fishing we get in January. The sea whilst still coloured will have calmed down a lot. The colour will be mainly from suspended silt and most of the disturbed food will have either been eaten or be washed away. There will be plenty of Pout and Dogfish during the day and night, but apart from a very few Cod, shared between a 1000 plus anglers, the most you can hope for is some decent Whiting and if you are lucky, or unlucky depending on your preference you might get a Conger. 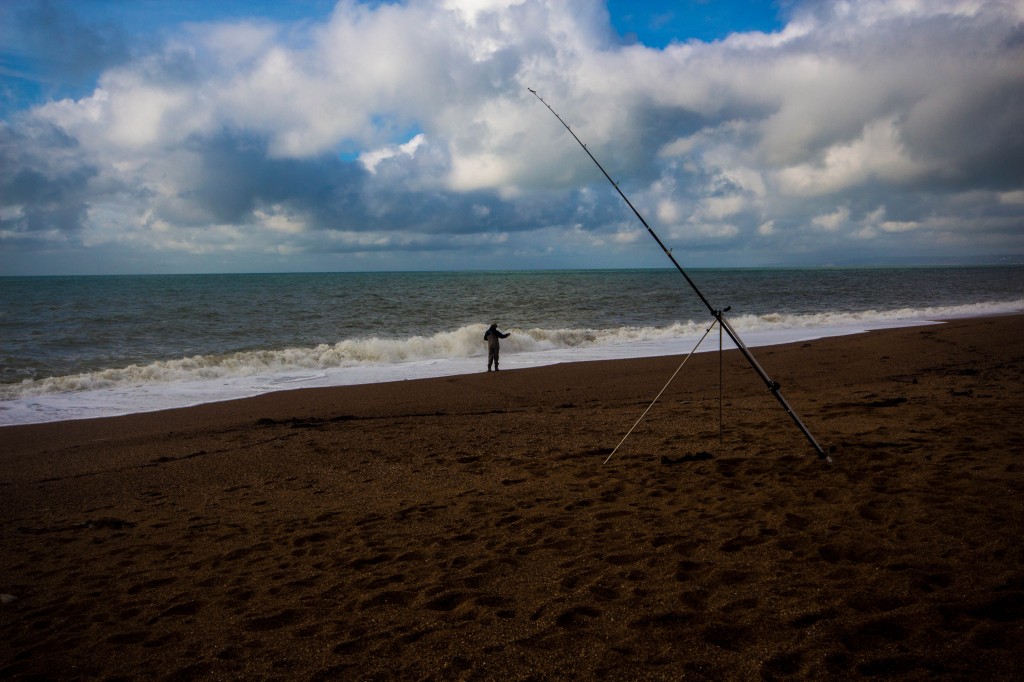 I can not believe how much the beach has changed. The storm has taken millions of tonnes of pebbles from the shore and dragged them out to sea. There is a very real chance that this will have a a bad effect on the fishing over the next few months. It is most likely going to be worse at the Portland end of Chesil, as the larger pebbles may completely cover feeding areas. To the West where there once were clay beds that held Mussels, these might be covered in tonnes of shingle. It will take many tides before the beach starts to return to normal, and even then you will have to find new marks, as the sea bed reshapes. I created a short video that some might find interesting.

I wish I could get out fishing today, but other commitments prevent me from doing that. However I will be out tomorrow and I am really looking forward to that.

For those of you looking to fish Abbotsbury and marks further West, due to extensive water works, the road through Abbotsbury will be closed for long periods for the next 6 weeks. I am not sure if this will carry on into the weekends, but it is worth checking with Wessex Water, as it could add a lot of time on to your journey.

Chesil Beach:  Conditions this morning will be almost unfishable, but from midday (Thursday) the beach should drop to around 1.5m of swell. The water is very coloured.

Chesil Beach forecast: The next couple of days could well be great fishing, with lots of churned up water holding lots of food, to draw in Cod and Bass. The chance of a Conger is pretty high as well, especially from Abbotsbury. As usual after a storm the bigger the bait you use the better the chance you have of getting a decent fish. There will be hundreds of small Pout and Whiting stripping your bait, so check it regularly. I prefer to use a Pulley Pennel rig baited with live Peeler Crab or Lugworm if I can get it.

If you are thinking of coming down at the weekend, especially Saturday, just be aware that the beach will be very busy at the more popular venues such as Abbotsbury. You may have to walk a very long way to find a space. Cogden, is a good alternative, though you do have a bit of a walk up and down the hill.

Portland: Forget Wrasse and Pollock fishing on Portland, but if you are after a Bull Huss, it is a good mark. Take care on the lower rock ledges as there will be rouge waves for a few days. Use large fish baits to target Bull Huss.

Portland Harbour: This mark has produced some nice Bass and Flounder during the recent rough weather. This is due in main to the number of people that have been using it as an alternative mark, and finding that it is quite a good mark. Keep it light and simple when fishing the harbour. You can get away with using 2oz of lead or less.