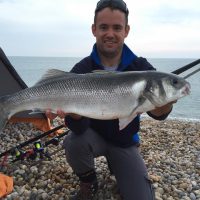 I can’t wait for the forecast bad weather to hit Chesil this weekend. No I am not joking. I always look forward to a good short blow in August. If you are ever going to catch a big Bass, chances are it will be then. There are some cracking Bass around at the moment as Ben Stockley found out yesterday, when he caught and released this 8lb cracker. 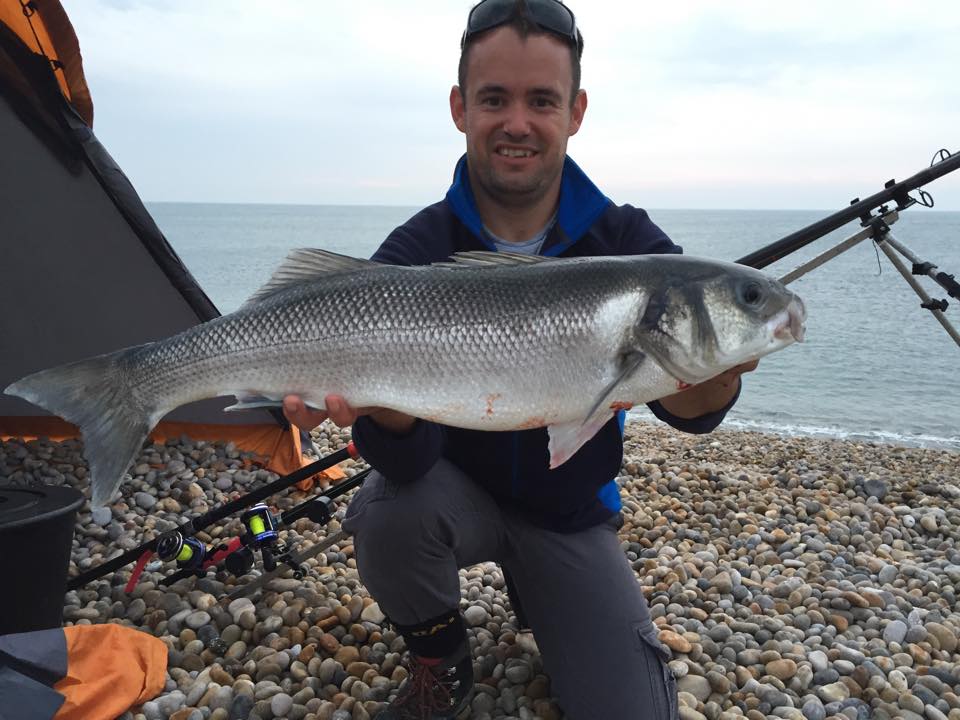 I had two Bass on the bot yesterday that were close to 10lb. He wind is picking up this morning and will peak around midday tomorrow, before dropping a bit late Sunday morning. This presents two different windows of opportunity. The first one is from now until late afternoon today. As the wind rises the surf will pick up and start to dislodge food. The water is still pretty clear, even though the waves can reach up to 2m. This early stage attracts small baitfish into the surf area. The Bass know that they are really vulnerable at this stage and move in after them. This is when I get my lure rod out and hit Chesil with my larger lures. I am not talking huge lures, but ones like a Megabass Zonk  Yes they are expensive, but they really do work. You wont be able to cast far, but you don’t need to. Almost all the Bass I catch in rough conditions come within 5m of the shore. Just a word or warning, Chesil Beach is dangerous in normal conditions, it can become lethal when there is a heavy surf running. Take great care and don’t take any chances. I always wear a flotation vest when lure fishing.

The next opportunity will be when the wind drops , but the sea is still rough. The water will be coloured, so you need to be using large smelly baits. Lugworm, Squid, a Mackerel fillet or live Peeler Crab are ideal baits. I can’t say for certain, but I believe the beach won’t be fishable until midday Sunday, if not a bit later. You can basically write Saturday off on Chesil. Once again you don’t need to cast far as the Bass will be in the surf. I find holding my rod is the best way to fish, as this helps prevent the waves burying your line into the shingle.

What else will I be able to catch? There is always the chance of Bream, despite the water being coloured, but the Ray species often move in after a big blow in the summer. Once again Ben Stockley has been out catching numerous different Ray species, including Blonde, Small Eyed and Spotted. All of which may come in after the blow. 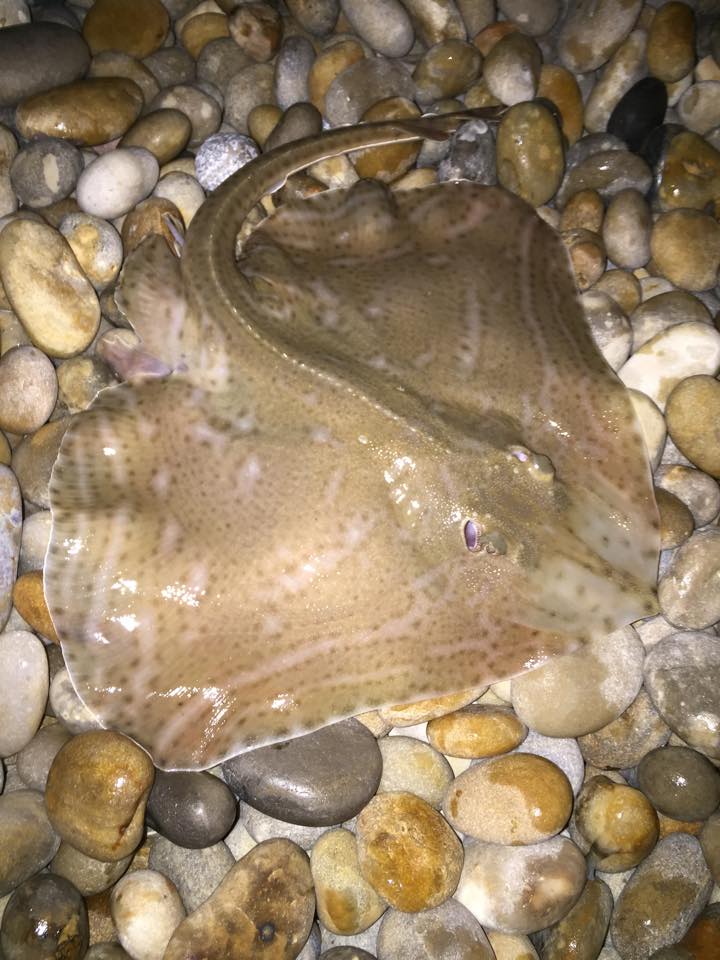 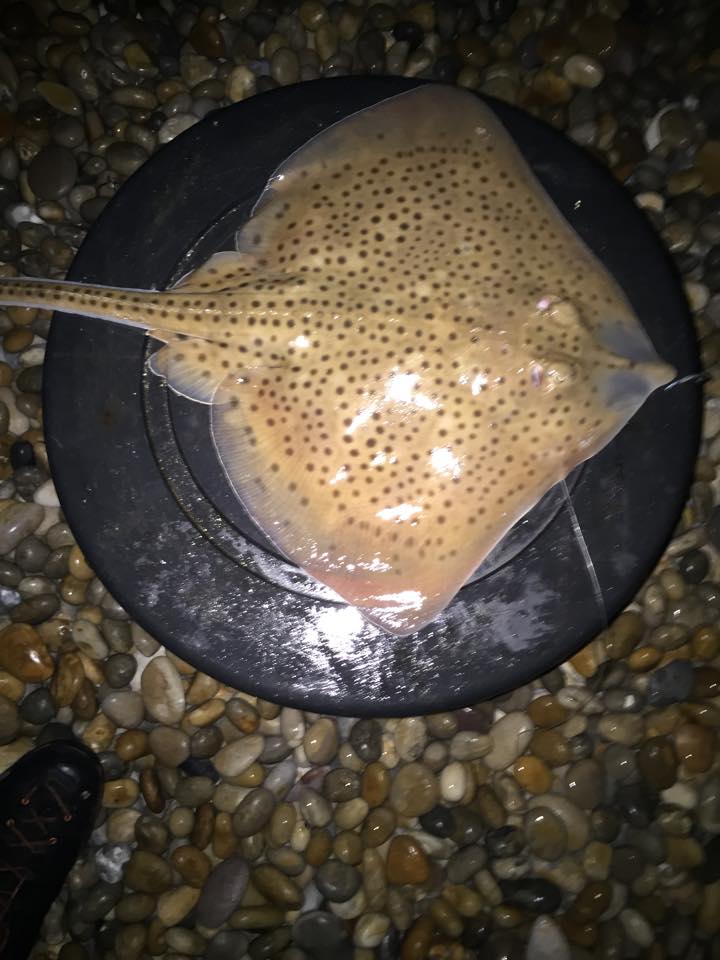 For many anglers Chesil will be unfishable for most of the weekend, but have a look at the alternative marks below to ensure you don’t miss out on some great fishing.

Chesil Beach:  1m waves, with clear water. This will become rougher by the hour and unfishable on Saturday

Portland: Medium swell with clear water. The waves will increase on the West side of the Island to 3m

Chesil Beach forecast: As I mentioned earlier, get out there now and make the most of some great conditions. You will still be able to catch Mackerel today, but after that you wont see them for a few days. Sunday and Monday will be Bass and Ray days, but don’t be surprised to catch a Cod or Conger.

Portland: Just like Chesil you have an opportunity to fish for the usual species such as Wrasse and Pollock for the rest of the day. After that the water will be too coloured and have too much swell for those species. This is when the Bass and Bull Huss fishing becomes a lot better. Keep away from the lower ledges as the swell will be dangerous.

Portland Harbour: A good mark to fish in a strong South Westerly. It will produce small Bass, Pollock, Garfish Flounder and Wrasse. It will come as no surprise when I say that using lures will outfish bait for the Bass. Marks such as Castle Cove will offer maximum shelter.

Weymouth Bay: The bay will offer maximum protection against the wind and you can expect all the usual summer species.