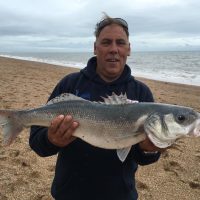 The gale force winds that were forecast for the weekend hit the coast just as predicted. It certainly stirred the water up and just as I predicted on Friday, the Bass and Cod moved in. I fished the Ferrybridge end of Chesil yesterday afternoon, just as soon as the wind and sea had died down to a safe level. When I arrived there was only a handful of other hardy anglers on the beach and two of them had already caught a few Cod. Leigh Bibby managed this lovely Cod of around 8lb, which he caught using Squid. For some reason the Cod were not interested in Peeler Crab. 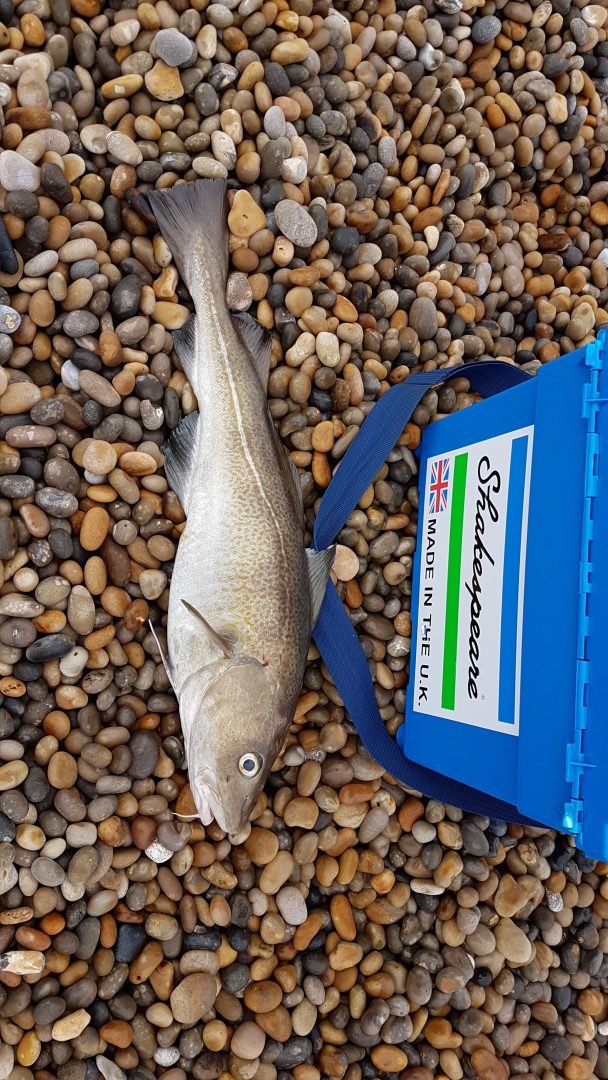 The Cod might not have been interested in the Crab, but the Bass were. I had planned to meet Simon Bristow at the other end of Chesil, but car problems made me decide to stay close to home. I think I may have made the wrong decision. Simon managed to land two Bass and lost another one. His best was this lovely 8 1/2lb bar of silver. 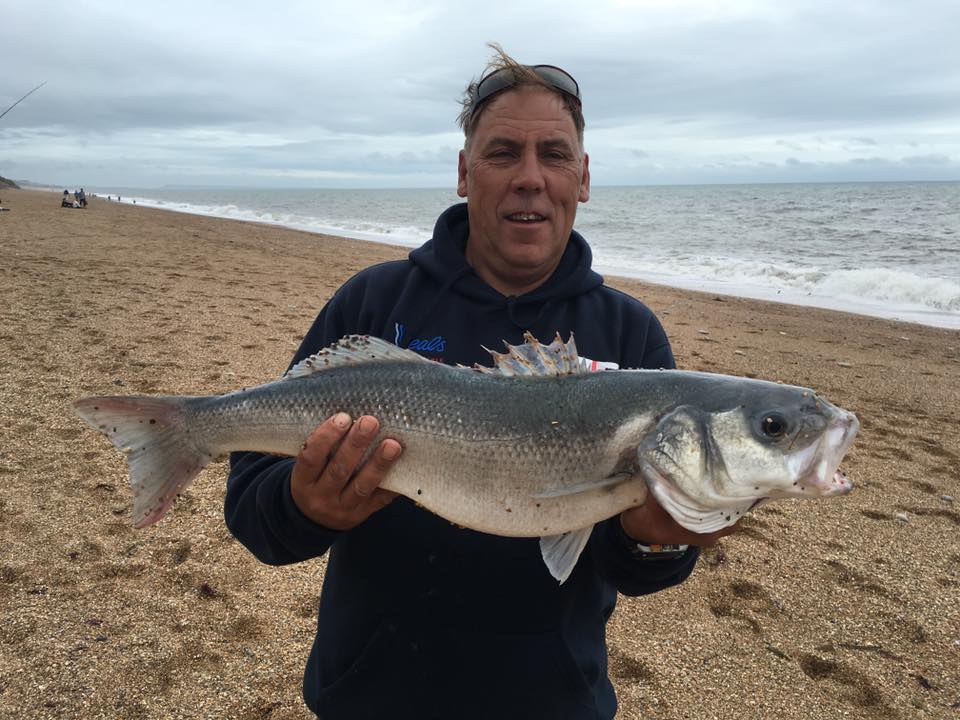 To be honest fishing conditions were tough due to the wind, but for those that did get out, most were rewarded with some nice fish. I was surprised at the number of Smoothound that were caught. If you want to see some action from yesterday, then have a look at this Facebook video I streamed live from Chesil yesterday. I will warn you now that at times the wind noise is pretty bad, but considering it was shot live, it is not bad.

I am going to be heading back on to Chesil today, as I am pretty confident that there will still be Cod and Bass in the coloured water. I will attempt to stream live from Chesil during my session.

Chesil Beach:  2m waves, with coloured water. This will clear up by Tuesday.

Chesil Beach forecast: Today should see the Cod and Bass still hanging around and searching for food in the coloured water. Dogfish and Pout may be a problem, even during the day. There will be no Mackerel until the water starts to clear.

From early afternoon Tuesday and for the rest of the week the usual summer species will be caught. Bream, Gurnard, Mackerel and Garfish should be around in decent numbers. Ray fishing should also be good, especially if there is still some colour in the water.

Portland: I would wait until tomorrow before attempting to fish on Portland. The swell will remain for the next 12-18 hours, making it quite dangerous. The Wrasse don’t like coloured water and neither do the Pollock. However as soon as the water clears, the Wrasse will feed aggressively. There is a chance of a Bass from Church Ope, as the swell will pound into the cove.

Portland Harbour: The water has remained clear in the harbour, which has produced a few Bass over the weekend. I expect to see a few more come out this week, along with Wrasse, FLounder, Mullet and Pollock. Evening tides will see plenty of Scad close to the shore, especially at dusk.

Weymouth Bay: With the inner harbour water pretty coloured, the Mullet will be hard to spot and target. The piers should continue to fish well and I heard from one of my mates that some large Undulate Rays were being caught from the pleasure pier. I am not certain, but he may have just been winding me up, as he knows that Undulates are my nemesis fish.