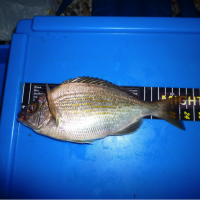 I am delighted to say that I have finally managed to get someone to commit to providing some regular fishing reports for part of the Solent area. I guess I would call it mid Solent. It is an old haunt of mine from the days when I was in the Royal Navy and based at Lee-on-Solent.

Loraine has only been fishing for a few years, but her enthusiasm for fishing is infectious. She regularly walks with her dog around many of the marks that are popular with anglers. She will be providing regular reports and she has prepared some very useful information on several marks, that I will put up in the next couple of days. I will let Loraine tell you a little about herself:

Every year my husband Rich and I make our fishing trips a bit more interesting, by having a competition to see who can catch the most fish in the year. The first year we did this, it was a draw! The second year, I was very pleased to take the win, as it was only my second year of fishing. We are now in the middle of our third year of fishing and we have so far had nearly 200 fish between us. I am currently winning with a fish total of 92 and Rich is not far behind me on 88. It’s all to play for, we have a laugh doing it, and play fair. Well, except for the time I made up a trace for Rich and the hook then bent out and he lost a double-figure smoothound! It wasn’t marital fishing sabotage, honestly!

Rich and I fished Browndown beach on Saturday night from sunset through until 2.30am, high water was at 11.30pm. The sea was flat calm and there was little tide run, but the weed was a bit of pain. Still, it was fishable, provided we changed our baits every 15 minutes or so.

We didn’t get a bite until darkness fell, and I was in first with a very nice pull down and much tugging and banging on the way in. A nice little scrap later and in came my first bream of the year: 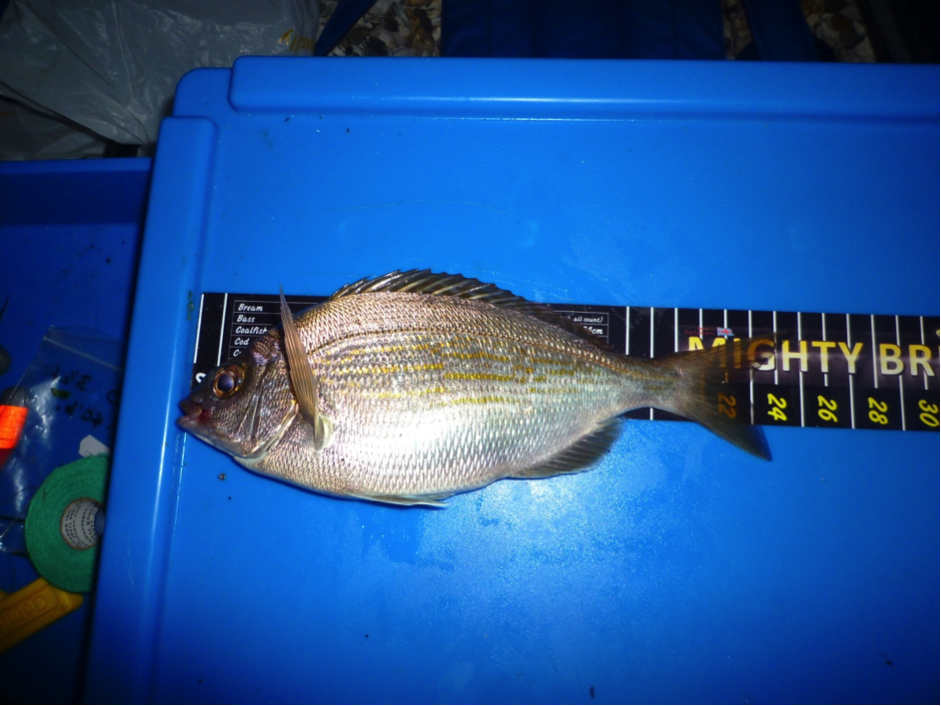 Rich was in next with another good bite and landed the biggest beach pout we’ve ever caught between us. A chunky 11oz and 30cm long. 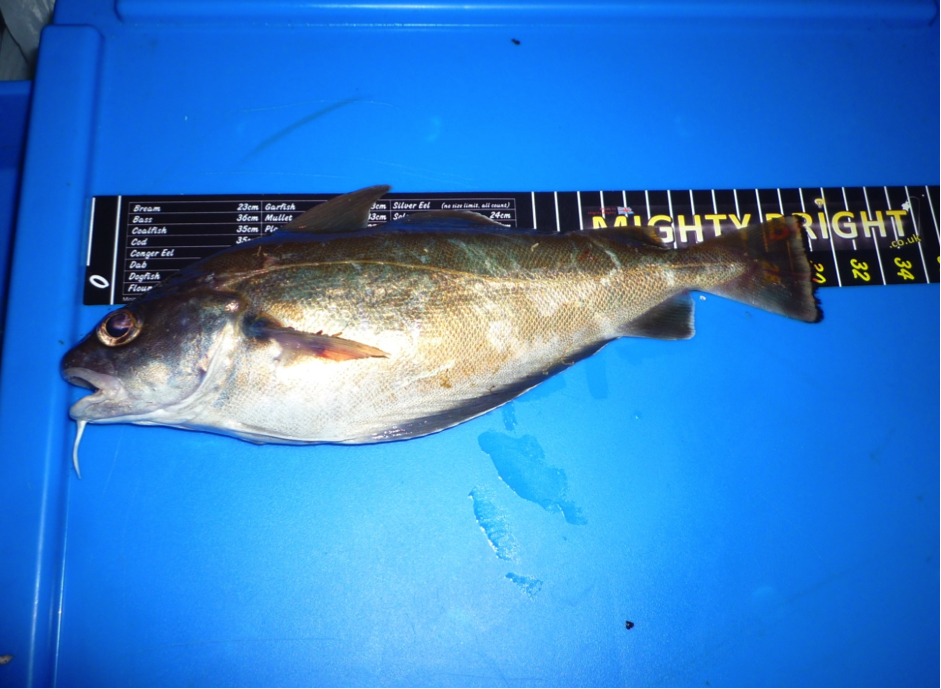 After that it was a steady night of bites, and more sizeable pout for both of us. Last fish of the night went to Rich with a double-hookup of a pout and a dogfish. I had another fish that I lost close in as the weed was getting caught around the shock leader knot, I think it was another bream from the banging and tugging on the way in. We called it a night about 2.30am for the rather muggy walk back home along the beach. A good nights fishing and a spot I’d definitely try again.

Final tally for the night, 7 fish for Rich and 3 for me. Rich is catching up and this puts this year’s totals at 92 to me and 88 to Rich…. it’s still a close competition!

Hot weather and bright sunshine mean the local beaches are busy with beach-goers, swimmers and boating activities. Anglers are best to avoid the busy beach areas during the day. There have been very few mackerel coming out of local beaches and piers at present, they seem very thin on the ground at the moment compared to this time last year. Look for the diving gulls to locate the shoals.

Night fishing is better at the moment, there are still good numbers of smoothounds coming out of Hill Head, although it can be hit and miss. Good sized pout and bream have been caught from Browndown beach. Lots of mini-species such as wrasse and scorpion fish can be had at Millennium Pier.

Weed is present at the eastern end of Lee-on-the-Solent beach, Browndown and Gilkicker, although the current gentle winds and calmer sea states mean it is still fishable. Latest sea temperature 18C.